I've been a fan of the Rocky Horror Picture Show since I was about 18 - I must have seen it around 100 times. However, a couple of weekends ago I finally got to see it on the big screen.

If you're a film geek like me, there nothing quite like seeing a much loved film on the big screen - watching something on a computer or TV screen just isn't the same.

Anyway the weekend Rocky was due to screen was the same weekend as the weekend we moved. So we didn't have much time to put into our costumes. I would have loved to have gone as Magenta. But I just settled for a random ghoul. Its the best I could do with limited time and resources. 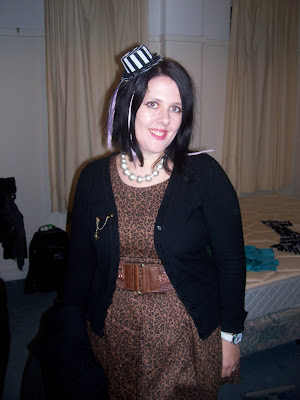 The screening we went too included all kind of fun things - lots of costumes (some of which were amazing), loads of singing and dancing by the crowd and of course goodie bags! With rice, toast, toilet papers, streamers and all kinds of other things.

Rocky was being shown at the Embassy Theatre which is one of my favourite theatres in Wellington. Here's a photo of the cinema filling up people, you can't really seen many costumes unfortunately, but it was quite different to the way people usually dress at cinema. 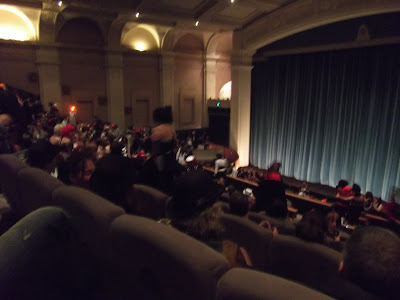 The movie had an intermission and when I looked down this is what I saw - rice, newspaper, cups, streamers - glad I didn't have to clean up afterwards. 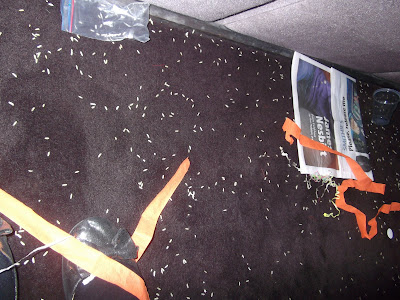 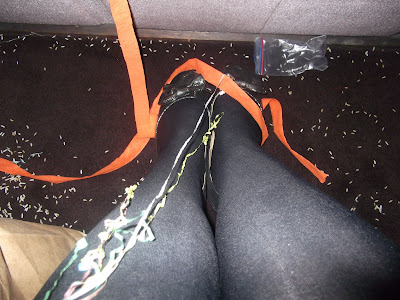 Here's a picture of Rich and I at intermission - he was channelling his inner "Brad" that night by rocking a pair of geek glasses I bought in Taipei. 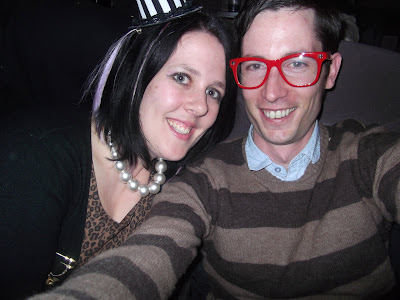 Here's another view of the cinema at intermission - looks a little like a bomb went off. It was a super fun night out , its more of a party than going to watch a movie. Hopefully they have another screening like this next year so I can work on my costume a little more next time. 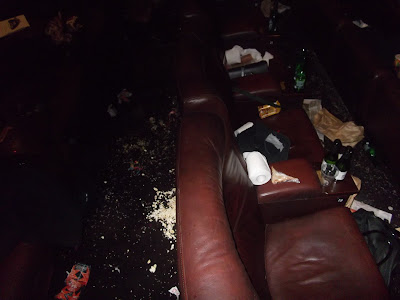 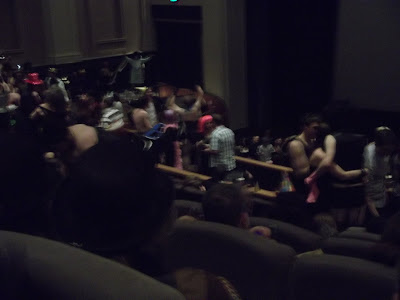 Haha, oh man, you're right, that does not look like fun to clean up. Would you believe I've never seen The Rocky Horror Picture Show before? I really need to do something about that. Everything about it sounds so much fun! I love how everyone gets so into it. Glad to hear you had such a good night.

Helga! - I would love to see Rocky live, next time there is a live stage version of it on in Wellington - I am SO THERE!!There's nothing quite like doing the time warp in a cinema.

Katie - You must see Rocky! You won't regret it:D