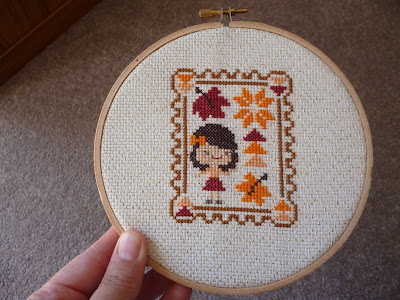 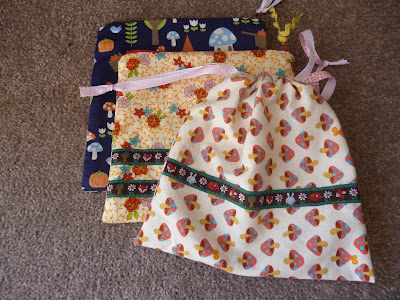 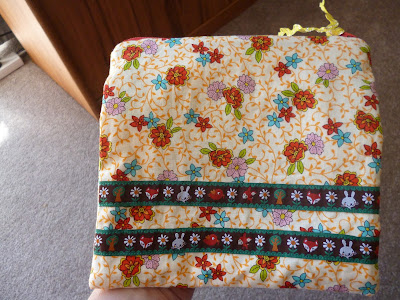 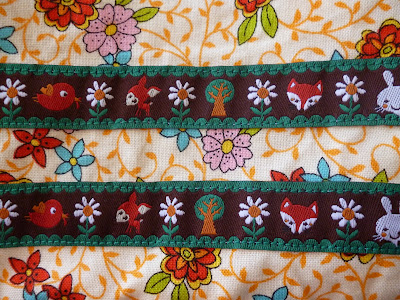 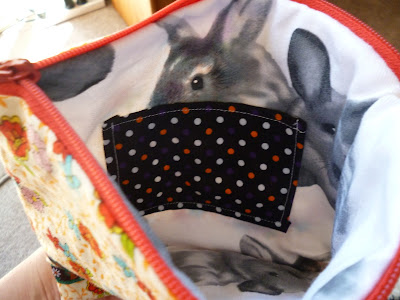 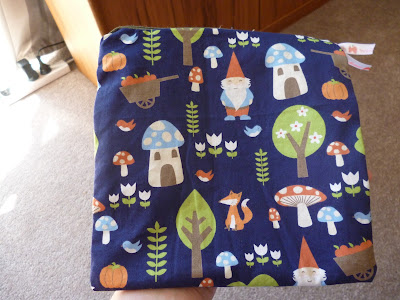 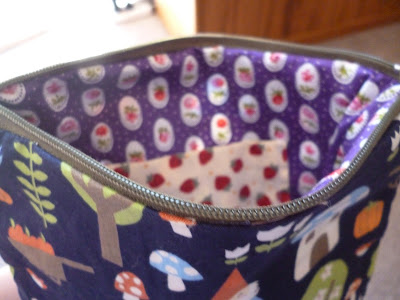 So that's it, another swap package! I have to say I was pretty happy with the cross stitch and all the pouches. I love sewing them right now - who wants one?
Posted by Trees at 4:55 pm 2 comments:

Today is definitely feeling like autumn, chilly and windy - I wore my coat for the first time in weeks. Weather changes pretty quickly around here, last Saturday it was the Newtown Fair and it was about a million degrees. 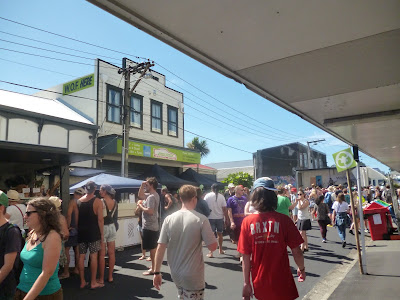 Rich and I went along to the fair with our friend Matt who lives in Newtown - I only ate ice based food all day because it was so hot. 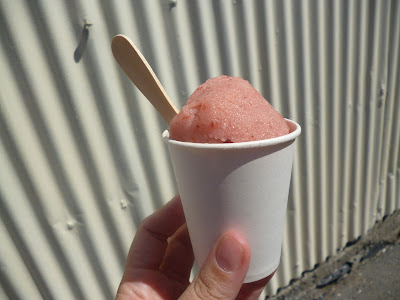 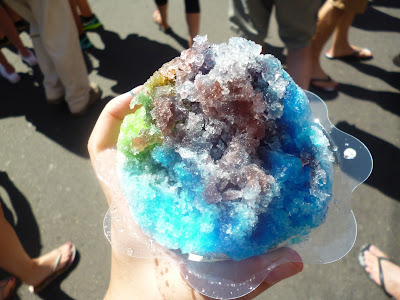 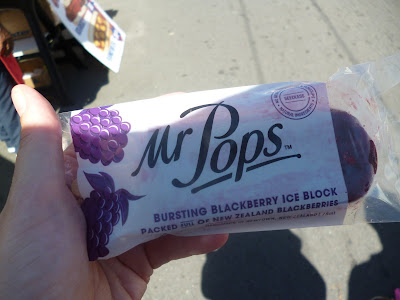 That's right I had gelato, shaved ice and an ice block. The "Mr Pops" ice block was pretty amazing and made in Newtown which is pretty great.

There were all kinds of performances, musicians and general carry on at the fair - it was pretty rad. 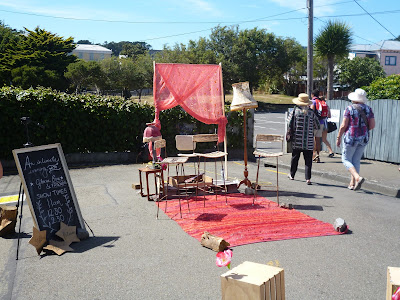 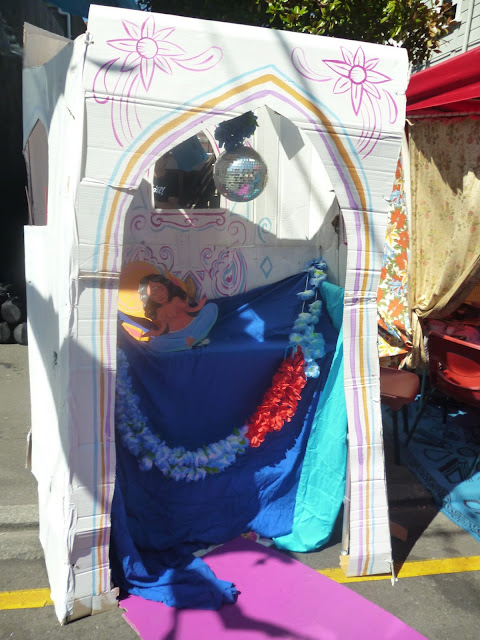 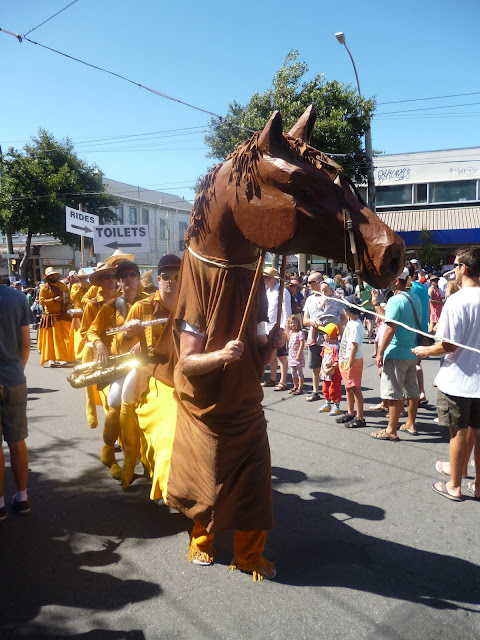 I decided to make a maxi dress to wear to the fair and chose the Anna Dress by By Hand London,
about a million people have made this dress already, and I don't think I can add much more about it! It was pretty easy to make, but next time I make it I think I will make it from a more stable fabric (this stuff was so floaty) and also work on the fit in the bodice a little bit. 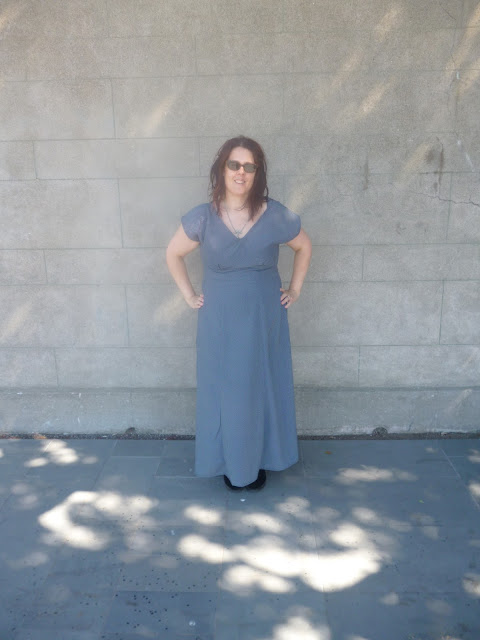 So the fit isn't perfect, but I'm still pretty happy with it! I know this is an easy pattern really but for some reason I kept telly myself it would be "too hard" for some reason. 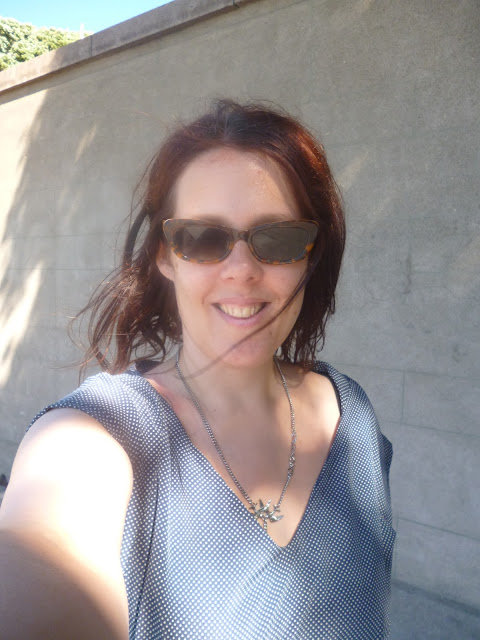 The fabric cost a total of $3 from an op shop, its not the nicest fabric to wear, but I kind of didn't want to use the "good fabric" the first time I used a new pattern.

Hope you all have a fun weekend, I have another fair to go to tomorrow with Ria and then another one the weekend after that - autumn is the season for fairs it seems!
Posted by Trees at 3:23 pm 2 comments:

This year I've decided to try and do more challenges from The Monthly Stitch, which if you're not familiar with it is a sewing community that has monthly challenges. It's run by some of my Wellington Sewing Bloggers Network friends so I thought it was time I joined in!

The challenge for February (which I am posting in March, but I promise I finished up in February) was UFO showdown! 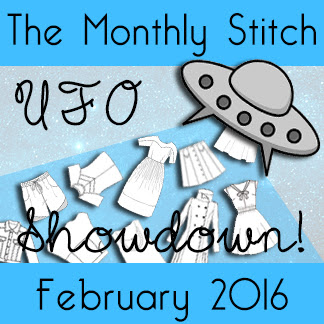 For those of you who don't know, in sewing/general crafting terms a UFO is an UnFinished Object and I have a BUNCH of sewing UFOs.

There are a bunch of reasons for this, but one of the main ones is that for some reason I REALLY like cutting out pattern pieces. So often if I'm having a bad day I want to cut out new pattern pieces, but not actually sew them up. This means lots of bags of half finished garments in my sewing "cave".

I could have actually finished off a bunch of projects, but I chose just one for the "showdown" I  do have a few more UFOs that I should finish off before our trip as I began them with the intention of taking them on other trips to warmer climates.

The project I decided to finish up for the UFO showdown is made using a vintage Maudella pattern gifted to me my Vix. I've made this pattern multiple times including here, here and here. 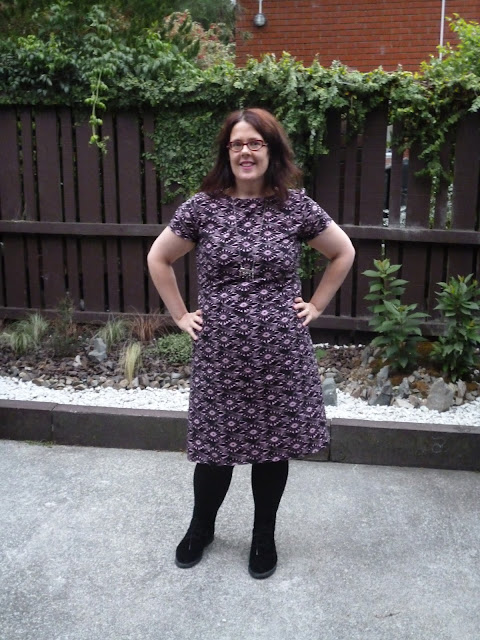 So I cut out this dress like a million years ago and sewed up most of it, but I didn't add the sleeves and hem it because reasons. I actually made this version of the dress a lot longer than the previous versions and I'm not sure if I'm into that or not - time will tell (well how much it gets worn will tell). 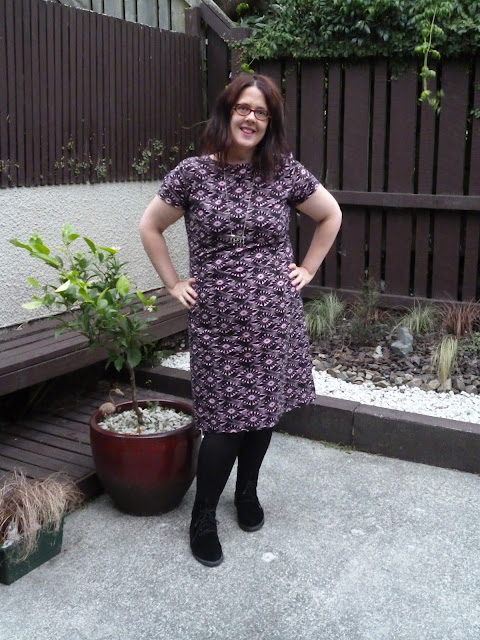 I bough the fabric from Arthur Toye (RIP) and I loved it so much I was scared to cut into it - but no more! It's time to use the "good" fabric because there will always be more good fabric in the future!! By the way I'm standing by the lemon tree that was basically dead when we moved into our house a year a go (We have been homeowners for a YEAR now!) but now its going strong! My friend Emma did a bit of a pruning session when she visited last and its really  sprung into life. Also maybe it got better because I added the flamingo to it that Ria gave me a couple of Christmases ago to its pot - I mean, that HAD to have lifted the lemon trees mood right? 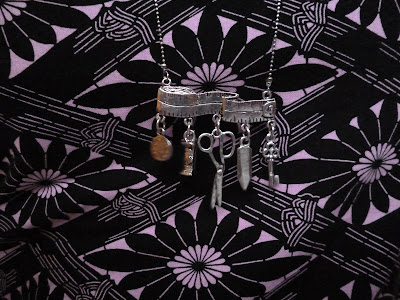 Here's a close up of the fabric and also the cute sewing themed necklace Rich's mum bought me for Christmas. I teally love it, too back the spool of thread is sideways in the picture as that's my favourite charm! 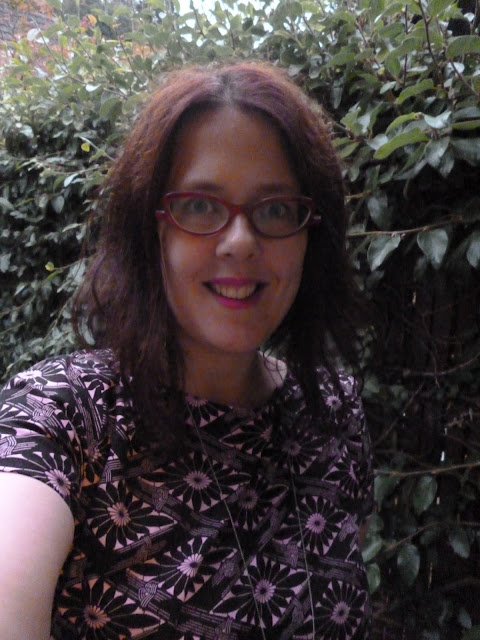 That's my first monthly stitch challenge for the year done (I totally missed January, I thought about doing it, but it turns out I thought about it too much and it never happened) next months theme is "Sew hot right now". 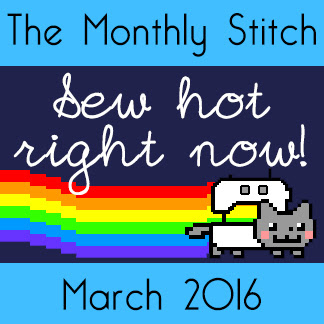 I'm going to be honest, as much as I like clothes I find fashion strange and confusing. I just wear things I like, sewing "on trend" will be a little hard for me! Then I guess that's why they call it a challenge. From my limited research (walking down Lambton Quay where there's a bunch of chain stores) it seems that both the nineties and the seventies are "in"  right now - that's when I think I'm heading with this challenge. Do any of you have any idea what's "sew hot right now"?
Posted by Trees at 5:06 pm 5 comments: