Yesterday was a public holiday and it was also a stunner of a day so Rich and I finally took the chance to visit the Sir Truby King Memorial Gardens in Melrose. 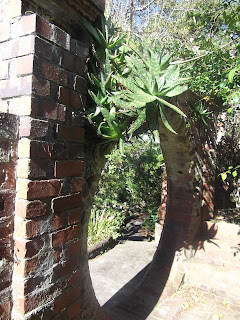 If you're not from New Zealand, then you may not have the slightest idea who Sir Truby King was, he's pretty well known in this part of the world as a social reformer of mental health and infant care. He's best know for founding the Plunket Society  which does all kinds of things for mum's and babies in New Zealand even today. Apparently he was very controversial in his day though, some of his ideas were a little bit strange at the time and he was a strong believer is Eugenics. 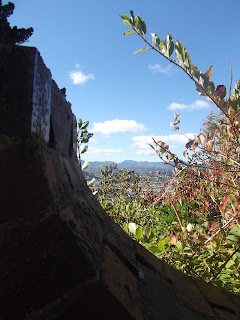 Also, despite being bankrupt when he died he still had this big fancy house and garden and the plaque at the gardens told me he was the first private New Zealand citizen to be given a state funeral - his mausoleum is also in the gardens - its pretty low key. But then the last mausoleum I visited was Ho Chi Min's so perhaps I've set my expectations for mausoleums a little high. 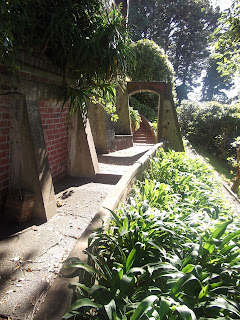 As you can see it was a stunning autumn day in Wellington - clear skies and hardly any winds - these days don't happen that often. 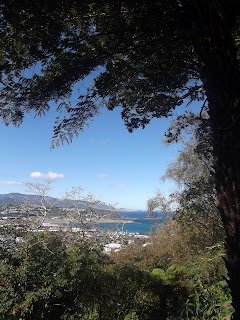 Rich is the king of the world! Such great view of Kilbirnie (my favourite op shopping haunt) and Lyall Bay from up here. 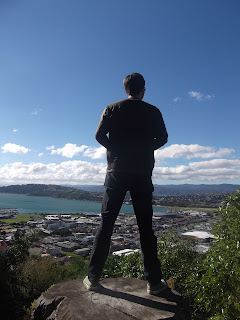 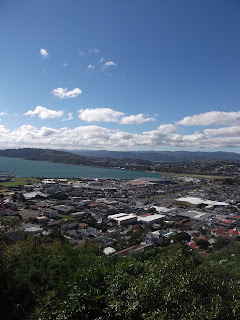 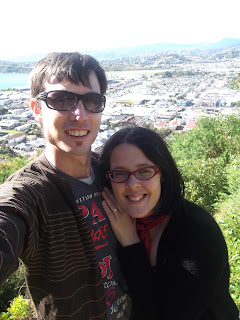 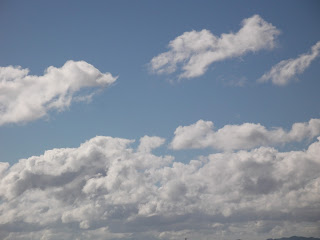 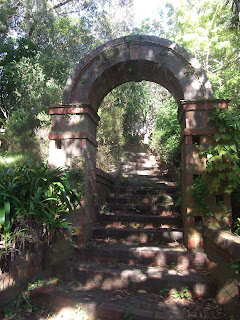 Now it's time for the outfit post! The theme this week was "coloured tights" my tights weren't brightly coloured but they did have a fancy pattern on them so that counts right? 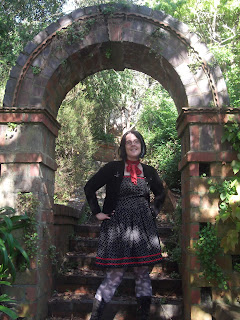 Feather tights! Exciting! I bought these from Equipt - they have loads of tights in for winter and you can get 2 pairs for $20 - score! 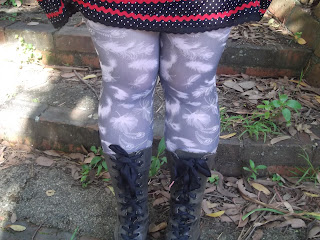 When we had finished up in the gardens we walked through the town belt to Newtown - the trees all looked a bit naked here and the pine needles were thick on the ground. 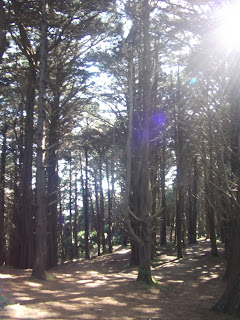 I love the way these trees frame the city below and look how blue that sky is! 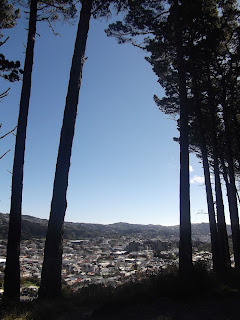 Finally - I have always loved this gate in Newtown, but whenever I've seen it I've been on the bus so I haven't been able to take a photo. It's pretty rad don't you think? 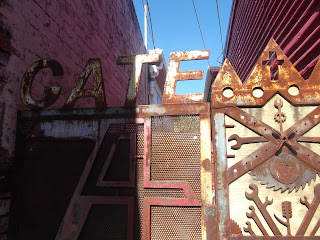 Like a said at the start of the post, yesterday was a public holiday here - but not any old public holiday. It was anzac day - for those of you who don't know its when we remember those who we have lost in battle.

Because of this, I thought I'd share the film which is to me the most important film I've ever seen about war and conflict. It's a documentary made way back in 1995 and I saw it with my 5th form history class - the film is called War Stories our Mothers Never Told Us and the stories of the women in this film stay with me even until this day. If you have a chance to see this movie, please do!
Posted by Trees at 6:09 pm

I love those views, they look stunning.
Feather tights - how fabulous! I'd like some of those myself, especially with a cute polka dot frock! xxxx

These are beautiful pictures what a perfect day for a hike. I love all the historic details you included in this post. Your outfit and feather tights are so stinking cute too!

what a beautiful day! the weather looks perfect and i wish i could be there! feather tights?!?! how awesome! they totally count as colored tights!
xo,
cb

so many magical places to visit! <3

I love your feather tights. Fancy tights are my weakness. I had no idea who Sir Truby King was until I read this. I'm a bad New Zealander. Ew eugenics. Scary.

Gorgeous photos! Those memorial gardens are absolutely beautiful. I am so crazy about your feather tights, and that beautiful dress.