Creepy Cute Swap - What I made

So you guys may remember that I recently too part in a "Creepy Cute" swap on Crafter - I posted a while back what I received from my partner and now she has received her package I thought I would post what I have made. This is the first craft swap I've taken part in for a LONG time and it was pretty fun - so now I've signed up for four more! I know it sounds like a lot of crafting - but taking up swaps again has been really good for my creativity. I think I'm just a person who works better to deadlines - so doing swaps stops me from procrastinating and gets me crafting. 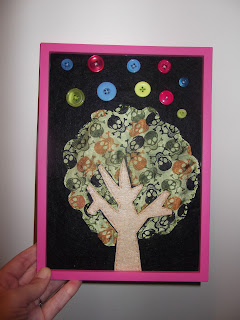 This is my first time ever making a fabric collage - I quite like it and I think that I could make a cuter, sweeter version of this as well. 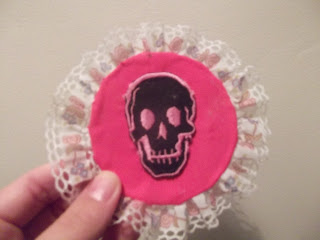 I made the rosette too, its the first time I've made anything like this before. It's kind of big, but I think it would look great on a winter jacket or blazer. 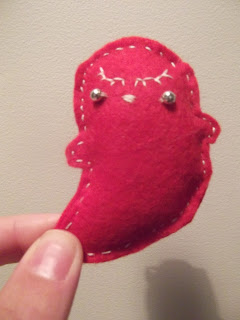 I also made this brooch - I've made similar versions of this before as little ghosts. I think that this guy is more of a little devil than ghost. 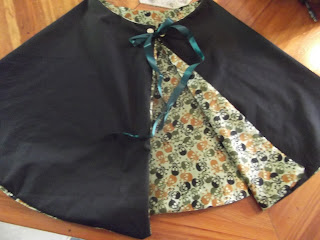 I also made something I have been wanting to make for a very long time - a cape! I love the skull fabric I used to line the cape with - I picked it up in a op shop for a couple of dollars. 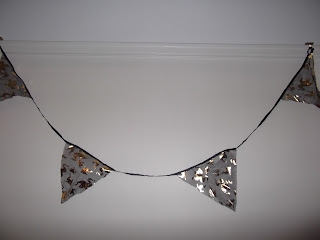 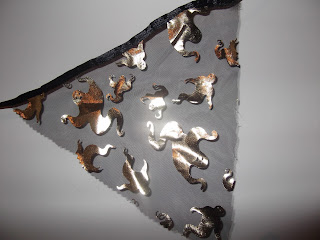 Finally - I made a bunting from this ghost fabric which I picked up on the same op shopping trip I picked up the green skull fabric. I still have a lot of this fabric left and I'm considering making a tutu out of it.

Hope you've all been having a super weekend xoxox
Posted by Trees at 11:55 am

Hiya, I think the rosette and the brooch are so cool - did you make up the stitches for the skull? I like the idea of making something quick and easy and think I might try these myself!

This is all so cute! I love it.

Wow your swap partner was lucky because these items are awesome. I really like the bunting and the devil brooch. xx

Gosh you made some gorgeous things!
I bet she was thrilled to recieve them xo

Check you out lil miss crafty! I love all if these, I think I dig the fabric card best. Creepy and cute you nailed it!
Xxoo
Krista