Leading up to Easter, the weather reports were warning of grim weather for the long weekend. It seemed like we would all be spending the weekend locked indoors with the heaters on snuggling under a duvet with a cup of tea.

As it turns out the weather people were totally wrong the first two days of Easter have had pretty awesome weather. Yesterday was a total stunner and Rich and I took a long walk from the waterfront to Kilbirnie. It was amazing! Here's a few photos I took along the way. 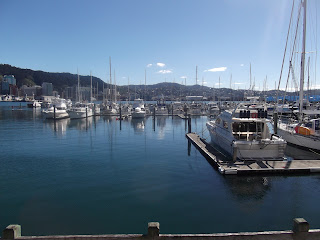 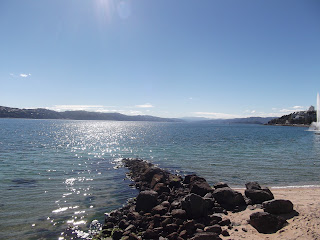 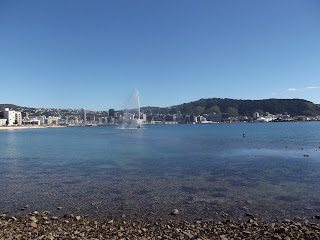 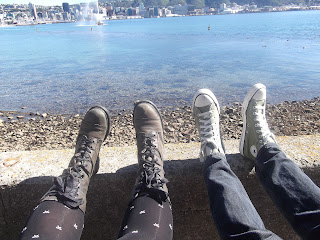 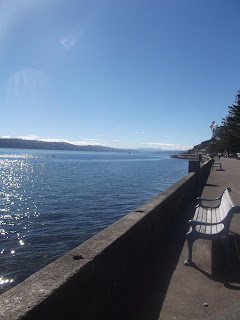 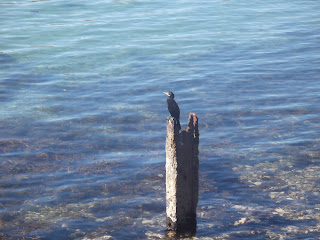 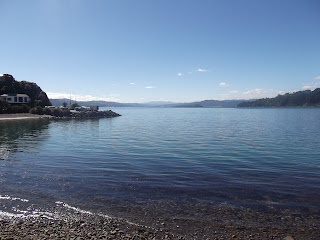 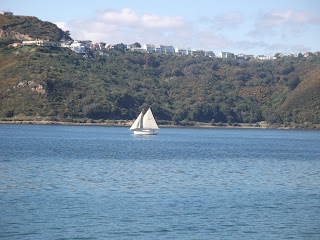 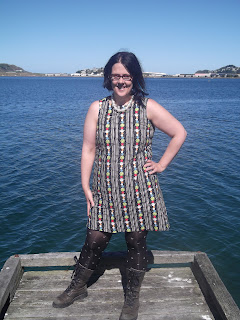 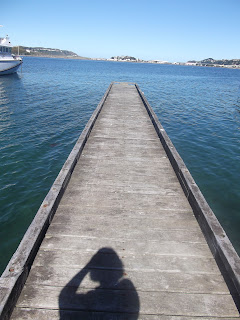 I actually didn't need to be wearing boots and tights - but by the time I realised that it was too late. At least I was wearing a sleeveless frock under my cardy.

On Friday Rich was playing football so I took a wee walk around the city with my camera and took a few photos. I am trying to get back into taking more photos and appreciating the beauty around me more. I am really rather lucky to live in such a beautiful city, but sometimes I forget that when I'm just busy living life! 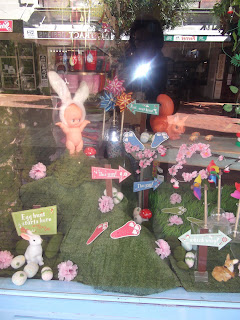 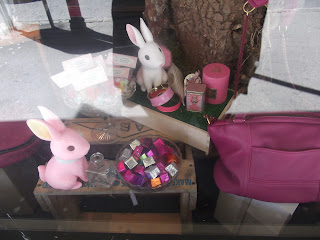 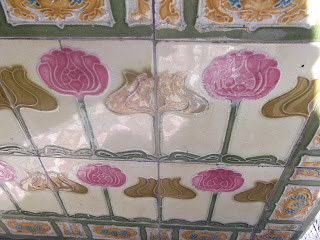 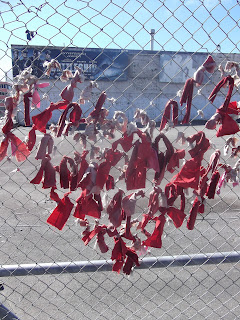 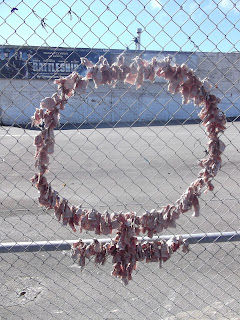 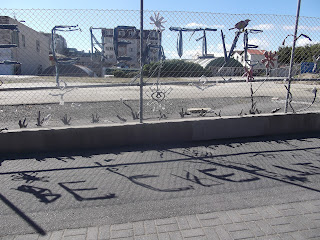 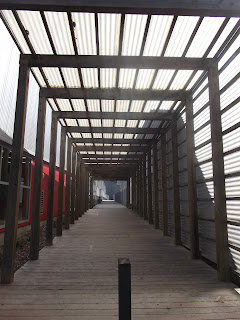 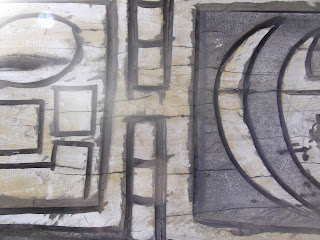 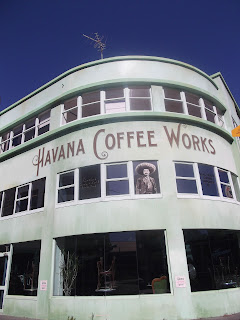 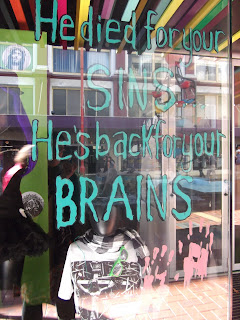 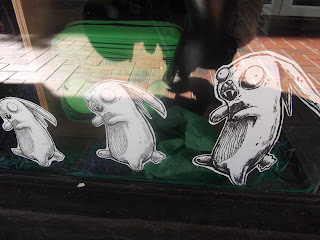 Wow, the weather is so beautiful in your photos! That water looks absolutely gorgeous. I love your outfit - that dress & stockings are so cute!

I had a bit of a giggle at that shop window as well," He's back for your brains."

Yay, so pleased to hear you've had great weather too!

Love your dress too by the way, especially the print xo

You do live in a beautiful place and you remind me that I do too. It's important to take notice of the beauty around us and you are doing that my dear. I love the sign he died for your sins and now he's back for your brains:) Happy Easter!