Recently my friend Meg and I decided to do a softie swap - I really love making softies but I just don't seem to get around to doing it enough.
I especially like making softies that are a bit different - we have all seen a million softies of cats, that doesn't mean cat softies are bad, but personally I like to try and make something a little different.
Meg loves mermaids so I decided to made her a mermaid (or two) I used a pattern I found on Softie Making, which is a pretty rad website if you're looking for a softie pattern - especially seen as the patterns are free. I did alter the design a little bit and I gave Meg's Mermaid's bikinis. 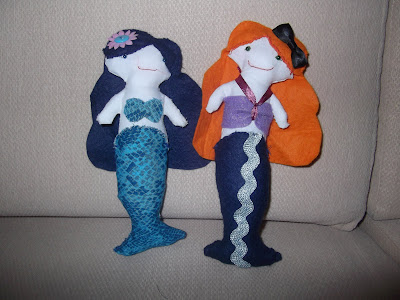 Here's a close up of the faces - sorry the blue haired mermaid picture is a little blurry, I didn't realise until I downloaded it that it was like that and by then it was too late to take another as she was on her way to the States. 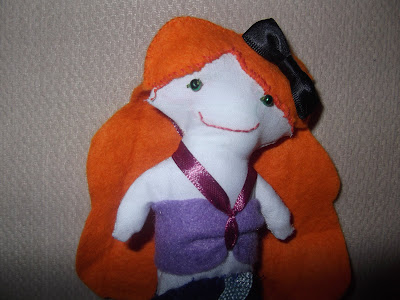 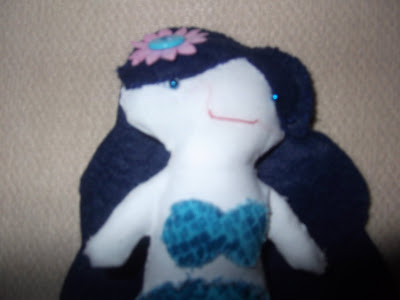 What do you folks think of the mermaid softies? Any ideas for other quirky softie projects?
Posted by Trees at 3:02 pm

They are super cute! My niece would so love one... perhaps if I start working on it now I'll have it done for her birthday next November!

I love them!! Thank you so much, I hope you like yours, too

Cute dolls, I love them both. I´m a gal who collects dolls. Happy new year. :)

They are so cute! x

i love the mermaids! what a cute idea and they turned out so cute! i asked tom if he could do an illustration of me as a mermaid! i can't wait for him to get on it!
xo,
cb