Its been a pretty quiet weekend for us - I guess everyone needs those now and again.

I did get out and about a bit yesterday though, I went over the Newtown to attend Fabric-a-Brac which is a craft supply fair that occurs a couple of times a year. Much to my surprise I didn't actually buy anything! There were a few things I could have bought, but I still don't have a sewing machine and I don't want to buy one until Rich and I leave this wee serviced apartment for a real flat that has more space. At the moment we live in a small space and the table we have is glass topped so I don't think it would be a very good place for a sewing machine. Soon we will have a better flat and then I can finally have a machine and complete sewing projects beyond simple hand sewing.

I met my friend Ria at Fabric-a-Brac and she did buy some amazing stuff, which you can check out here.

My friend Kat also went along and even volunteered on the Wellington Hospice table (although she had already left by the time I arrived) and you can see her finds here.

After Fabric-a-Brac, Ria and I had a bit of a look around Newtown, I was meeting Rich at 2:15 so we could look at a potential flat (the flat turned out to be damp and cold - like so many others in Wellington).

We paid a visit to Juniper in Newtown, I hadn't been there for a while but its a very cute little shop - full of lovely little handmade things. 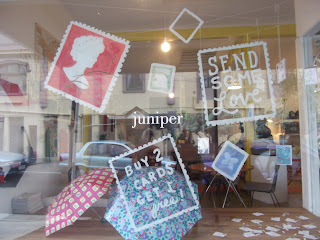 When we were there we signed up for there next "lucky dip" craft evening - I have had friends that have done one of these nights before and not really enjoyed it, but I was checking out the Juniper blog and when I saw what they made on the last lucky dip craft night I thought it was kind of cute. I think I will try it out for myself at least once and see how it goes.

Also whilst we were at Juniper we bought some cookie dough fudge - it was pretty amazing. Luckily there were only three pieces in a packet! 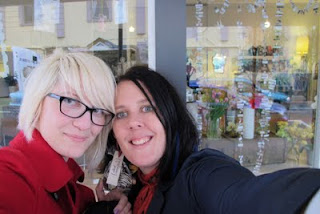 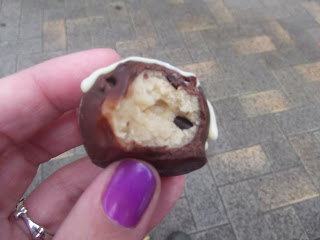 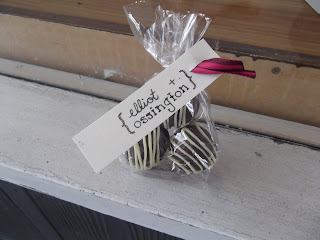 After I said goodbye to Ria, I met up with Rich and we looked at a flat in Newtown. But it really wasn't a great place to live - it would have to be kind of an awesome flat for us to live in Newtown as I think we would both rather live in Kelburn to be closer to both our workplaces, the University for Rich's study and the gym.

We decided to walk home on Newtown and on the way we did see some pretty rad street art. I do love good street art. 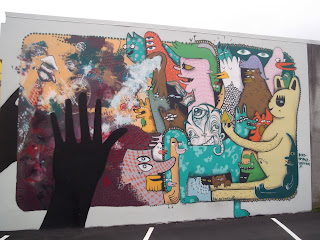 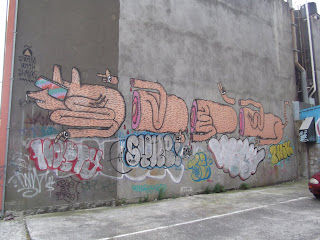 Last night we stayed in and watched Scott Pilgrim vs The World and I enjoyed every geeky moment of it.

Speaking of geeky - I started this wee project last night and finished it up this morning. My cell phone now has a home of its very own. 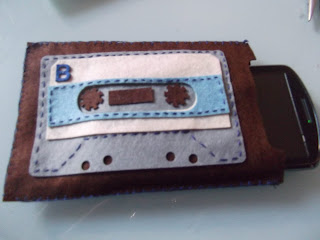 I wish I could say its a phone cosy of my own design, but I bought it as a kit from Iko Iko. But the kit is made by a New Zealand company called Fix.
Today has been a quiet today - we went for a walk, I baked cupcakes, did some crafting, reading and tried in vain to teach myself to crochet. But I will keep on trying! If anyone out there has any tips for learning to crochet I would love to hear them.

I do have one more exciting piece of news though - I am going to PHUKET!! My cousin Mel and her fiance Pake are getting married there in January 2012. Rich won't be able to come with my due to his study commitments. But I am still looking forward to the trip, I have never been to Thailand before and today I found this site 10 things to do in Phuket and I am feeling inspired!
Posted by Trees at 12:39 pm

i love quite weekends..so nice and relaxing! i love that graffiti! so cool!

That weekend sounds busy, not quiet!! :)

I love your cassette phone sock, Chris bought a cassette rubber case for his iPhone in Melb and thought it was the best thing since sliced bread - i did tell him they'd been out months but he'd never seen one so thought it was amazing. Men! Ha!

Shame I missed out on your fun day on Sat :( Those fudge pieces look LUSH!

Cb - I totally love street art too. I love to see a boring cold, grey space livened up!

Sadie - Its such a shame we missed catching up. Never mind we will have to catch up soon - and eat delicious things!