Just another day in paradise

We decided to have a bit of a quiet day on Sunday - I don't think we did anything terribly exciting until around 3 o clock. Before three Rich was studying and I was well "pottering" I guess you'd say. A bit of reading, a bit of shopping, a bit of crafting a bit of washing.

Unlike normal people who usually have lunch or brunch out on the weekend - Rich and I often end up having "linner". Basically we eat breakfast, time gets away from us and before we know it most of the day has past and its too late for lunch but too early for dinner - hence "linner" or I guess you could call it "dunch".

Around three or maybe a bit later we went out to eat at one of our favourite places in Wellington - Expressoholic. I had this rad vanilla drink there which I can't remeber the name of, however, it tastes like warm vanilla ice cream. I had actually asked for a vanilla chai latte but they didn't have any vanilla chai, so the guy serving suggested this instead and it was awesome. 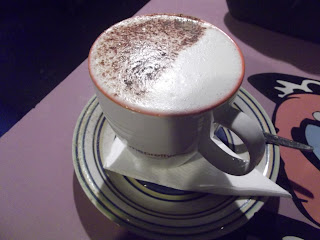 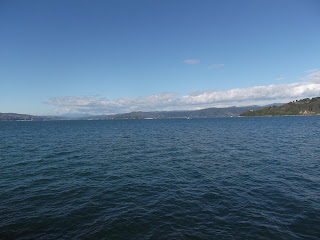 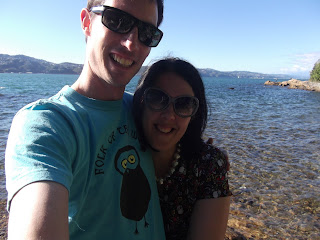 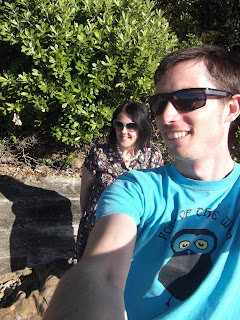 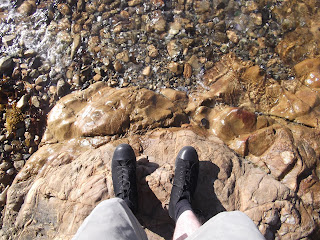 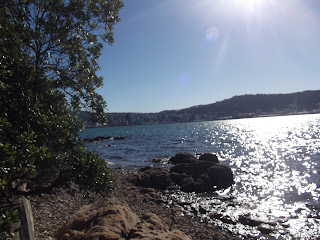 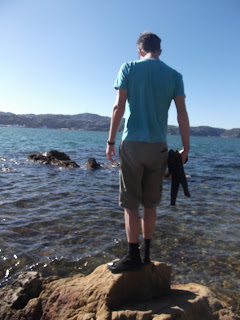 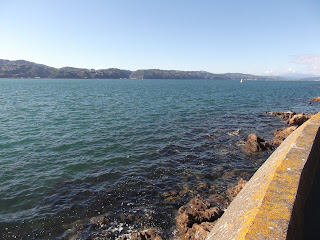 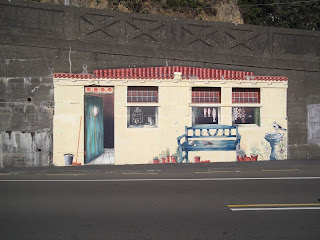 Aww that all sounds just lovely.

Sounds like a lush afternoon..and that little painting in your last pic is practically underneath my house!

Sadie - I'll take you for chai this Thursday. You must have the best view of the ocean from your house. I'm envous - all we see is a carpark.