I spend a great deal of time this last weekend relaxing and resting, I haven't been feeling too well the last week or so. I think there are just too many bugs floating around my office - I have been "almost sick" for about a week and I was "real sick" with a mighty painful headache/migraine on Saturday night. So my weekend wasn't particulary exciting.

I did have a great Saturday morning though - Rich and I went to the Aro Valley Fair. We lived in Aro Valley before we moved overseas and I kind of miss it. Although I do like living in town a whole lot.

The yearly Aro Fair is a pretty awesome event - lots of stalls and musicians. We watched this band play inside th back of the truck and we watched another band inside the hall - I got to eat vegetarian curry and catch up with my friend Caroline which was pretty rad. 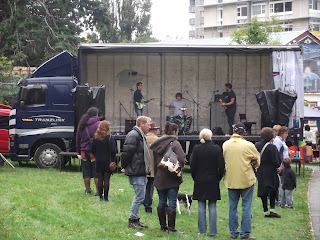 I didn't buy as much at the fair as I thought, but I did buy this freedom fighter and his donkey for my mum (she collects donkey's). Its from the Mexico - I bought it from a table that way half handmade Mexican freedom fighter dolls and half lollies (or candy) from the USA. It was a weird combination. He's kind of a wonkey donkey with funny eyes but hopefully mum will want to add him to her collection anyways. 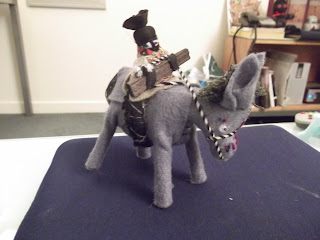 There seemed to be a lot of vintage stuff at the fair but nothing that grabbed my eye too much - but I did buy a couple of goodies from one stall.

Here's the tissue paper my goodies were wrapped in - I think some of my sewing friends may not approve of using patterns as wrapping paper but I thought it was kind of cool. Especially because the pattern included shoulder pads. 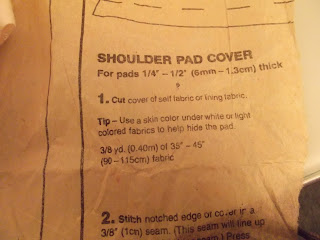 Here's what was inside - first of all a pretty little apron which isn't REALLY my thing but we are doing another photo shoot and I thought the apron would be perfect. Although I am thinking I could make it more subversive in some way - it is a little bit too pretty. 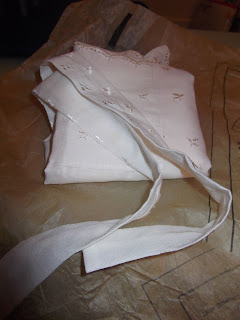 I also bought this wee kitty necklace - Rich says it looks like its eating the bow it's wearing. In retrospect I think he's right but I still think its cute. 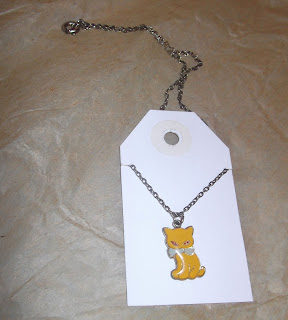 I know I'm probably going to be shot by other sewers for this, but I wholeheartedly approve of wrapping purchases in sewing patterns. So many patterns are incomplete (or ugly) that this seems it would be a nice use. Maybe I'll start doing that for my shop?

You should totally use ugly & partially lost patterns to wrap stuff for your shop Meg - its a great idea:D

^^ I agree- there are so many hideous patterns out there that can be recycled- love the kitty necklace!!