My Weekend - The Weather Bomb!

This weekend we had a much talked about "weather bomb" in New Zealand, actually in Wellington we were pretty lucky. Sure the weather was horrible but there was no damage. Up where my parents live there was a lot of damage - people lost the roof off their houses and also saw some photos where the whole hay shed had blown away leaving the hay behind. Crazy stuff.
Anyway onto my weekend, which despite said weather bomb was pretty good. On Saturday morning I went and had my hair coloured and go new extensions at Wildilocks - I now have turquoise extensions.
The I met up with Ria for a spot of lunch and we went to Minerva Books as Ria was looking for a book about Elizabethan costuming for her course. She didn't end up buying anything but I found the Queen of Crafts which is such an amazing craft book and I find it so inspiring! I now want to dye dye, may domino shaped petit fours and my own fondant, make a herb garden, throw and tea party and make jam and chutney. I love craft books that inspire you to try new things - I am going to start this weekend with the petit fours.
Later in the afternoon/evening my friend Emi came over for a crafting night - it was the prefect weather for it! I even finished the dress made from the evil slippy material and I am going to wear it this Friday for a casino night fundraiser we are going too so you will all see it then.
Emi bought over ears for us to wear whilst we crafted - I'm actually a devil though - she's Hello Kitty - yah! 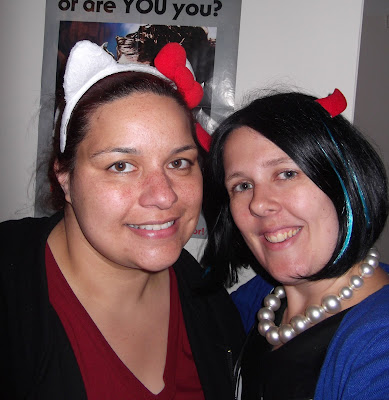 Emi didn't know it when she came over but she was joining us on the most exciting night of all - the night of the green zombie brain jelly mould! I was pretty excited! 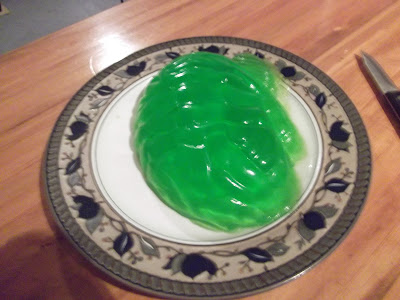 Don't I just look as pleased as punch with my zombie brain jelly! 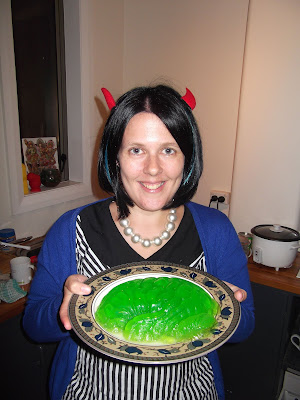 I almost couldn't resist, zombie Trees was coming to the surface, but I held off and shared the zombie brain with Emi and Rich. It was lime flavoured. 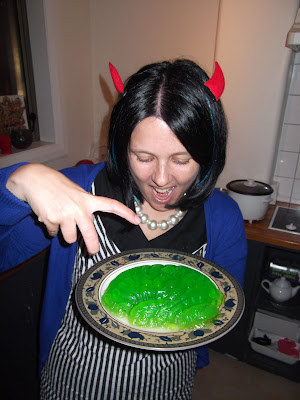 Emi also bought me these super rad nail transfer things - I like them a whole lot and can't wait to try them out. The picture isn't so great but they are spider webs!! 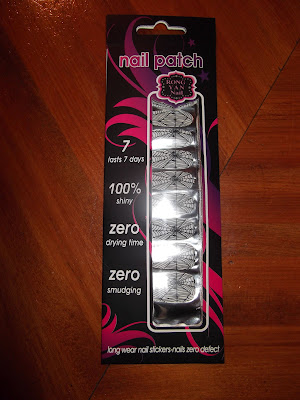 It was still cold, wet and miserable on Sunday. But we had been planning on attending the Newtown fair for ages (after all it only happens once a year!) and the webpage said that that faitr was going ahead rain or shine so we wrapped up warm and headed along.
There were loads of musicians and other acts at the fair which was a lot of fun - loads of free music and performances. 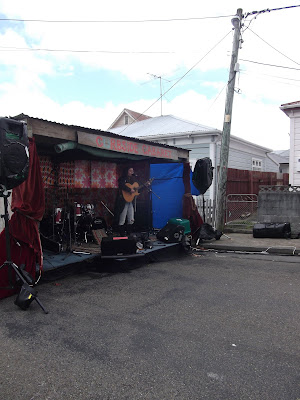 I loved this band, Rich and I have seen them before but I can't remember the name (oops) . One of the guys in the band was wearing a scarf as a hat and partway through the song it fell over his eyes, the funniest part was the vocalist saw it and looked like he was seconds away from breaking out into fits of hysterical laughter. 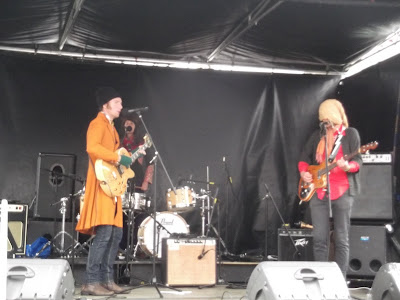 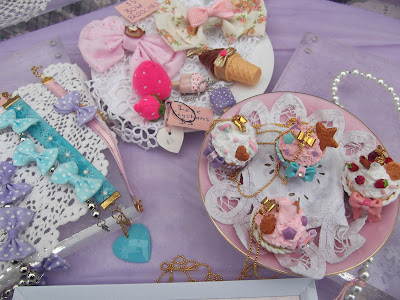 Whenever I go to a market I usually end up buying one accessory - this market was no different, I walked away with a ring! Isn't it awesome! 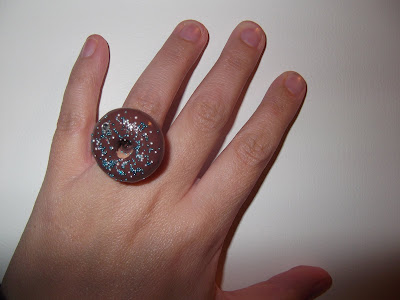 Animal hats were also very popular at the fair - I liked this unicorn hat. There was also a donkey hat that was pretty cool. 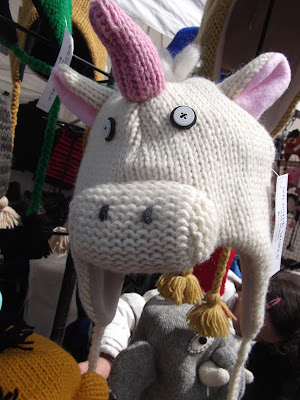 There were loads of places to eat at the fair - but this place wins for the best name. I've actually seen these folks at a few events around town. 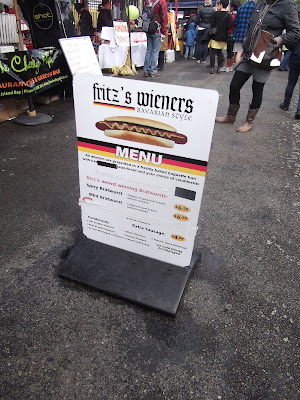 Rich bought one of Fritz's Weiners - turns out Fritz has big weiners.... 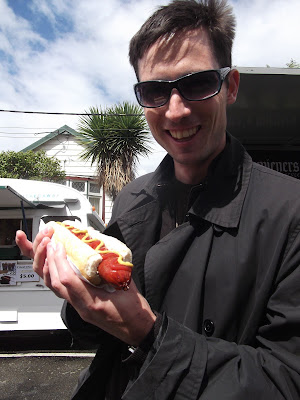 Meanwhile I just tried not to lose my hat to the wind whilst we were watching some music. Hope you all had a fun weekend too xoxo
Posted by Trees at 3:50 pm

What a fun day - man, it looks cold over there! Unicorn hat, donut ring, jelly brain... you are ALL about the glamour! Love your devil horns (I have some too!) and your gorgeous turquoise extensions.

I hope everyone is okay. We have had some horrible scary weather here too :(

Your hair's looking fabulous, the new extensions are super funky!
What a lovely way to spend the day, crafting complete with novelty ears and zombie jelly!
That fair looked great, it's typical that the weather's so crappy. Mind you I don't think festivals are the same if it's not raining or freezing cold! x

i think i have to move to wellington. there's always something fun going on - even weather bombs! <3

I love reading craft books, they always make me want to start new projects! And that unicorn hat is so awesome haha!

Your hair is looking killer I love the turquoise almost as much as pink :) A night of crafting can't be beat, love it and the green zombie brain, haha that's pretty creepy and cool! Here's to donut rings and big wieners!!! :):)

weather bomb? i hope no one you know got hurt?

your weekend sounds great! and i love the headbands!! so cute!
xo,
cb

Loving the new extensions, you look great!
A crafting evening with added jelly? Of course!
The fair looks good, shame about the weather but you can't let that stop you getting out there! xxxx

Ooh what a pretty stall the girl with the Japanese inspired pieces has - and I love the donut ring you bought. Funny that Fritz has such a large weiner! :p
Glad you survived the weather!!