USA Part Seven - That one time we went to Voodoo Doughnuts

On  our first full day in Portland I was very excited, so much to see and do and experience! We tried to wake up early to avoid the heat, but our air bnb was a little too comfortable and it was hard to get out of bed, so by the time we did leave the day was already hot. I'd like to say we were getting used to the West Coast summer by this stage - but that's a total lie, I will never get used to any temperature over 35C!

Our first stop on our first day in Portland was China town, which has among other things a very beautiful and authentic Chinese gardens. 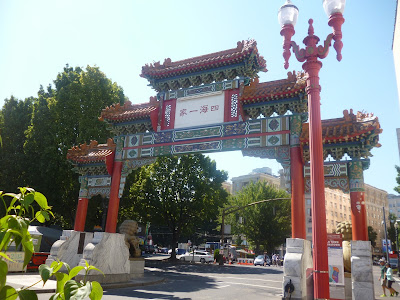 Some  of you guys may be thinking about now - so you've traveled all the way to the USA to look at Asian gardens? What's that about? 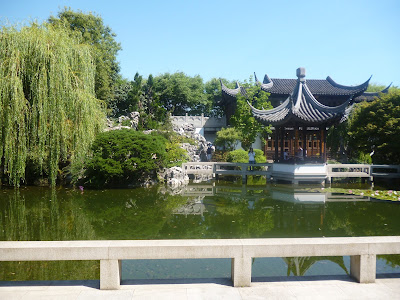 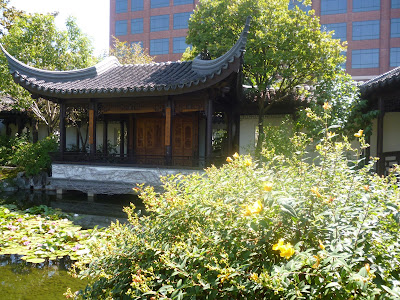 Well first up I really love gardens and Chinese style gardens are always beautiful, I think the garden is really the best thing about China town in Portland. 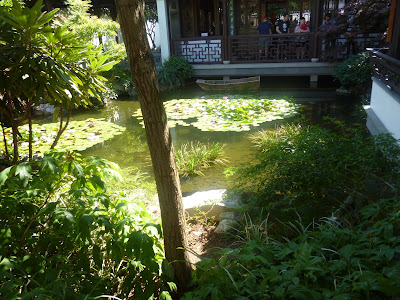 Secondly the USA is a multi-cultural society and it has a lot of Chinese heritage, so it makes sense there would be a few Chinese gardens around. 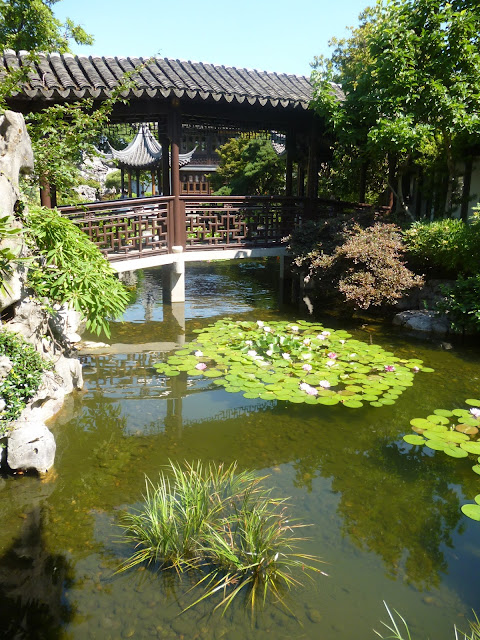 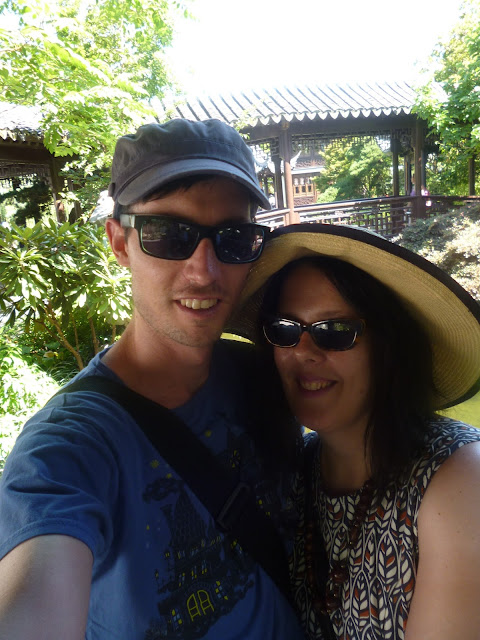 Thirdly its my holiday and I do what I want! Also after the gardens we did something much more American and ate doughnuts. 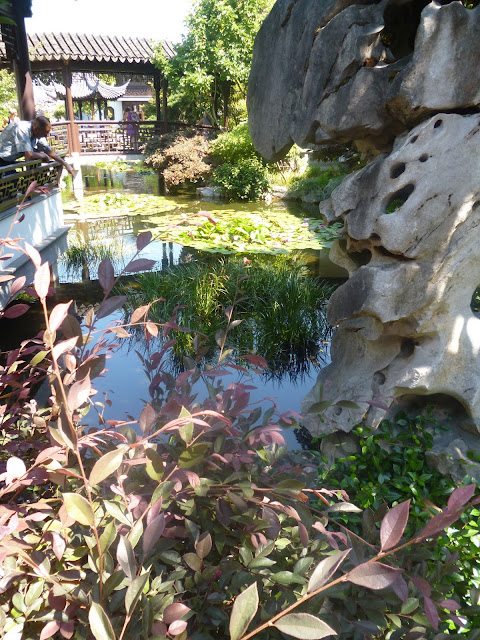 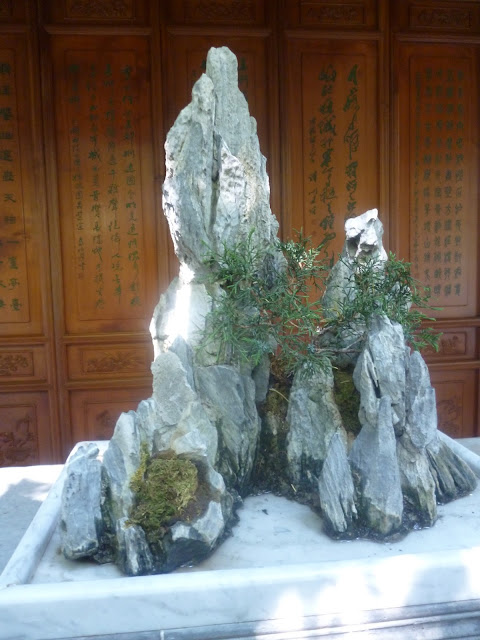 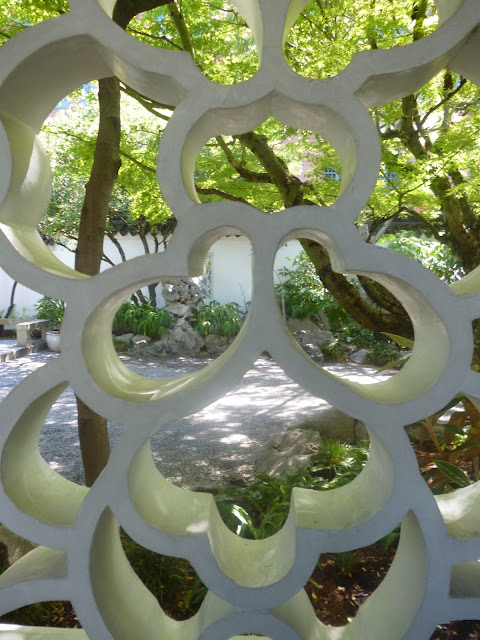 This particular garden was really cool as there were a lot of activities going on, you could try Chinese calligraphy, there was a traditional tea house and some kind of Tai Chi martial arts display happening. 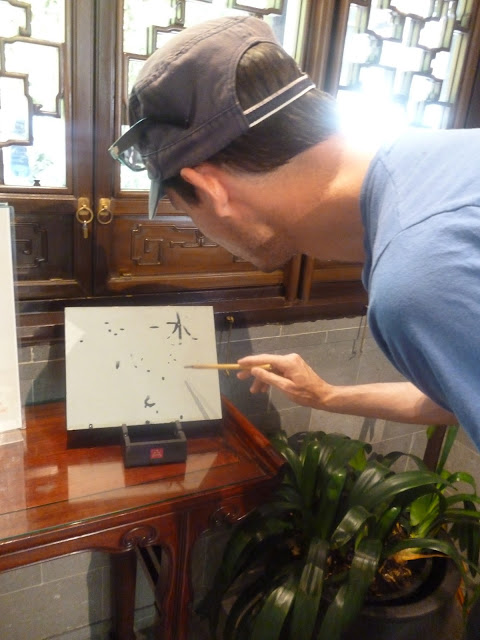 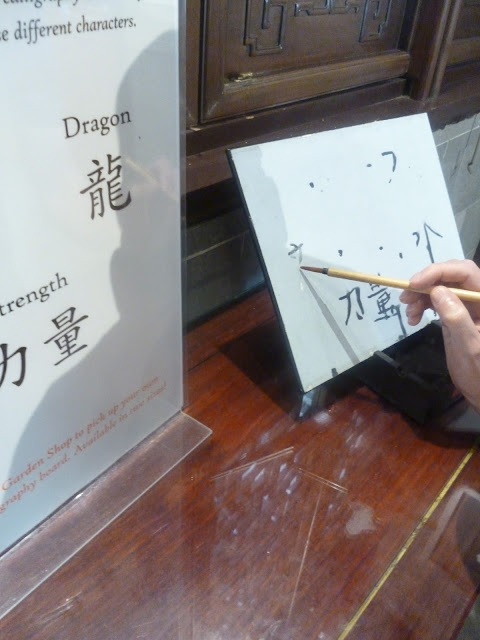 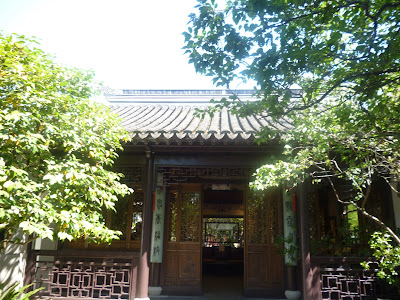 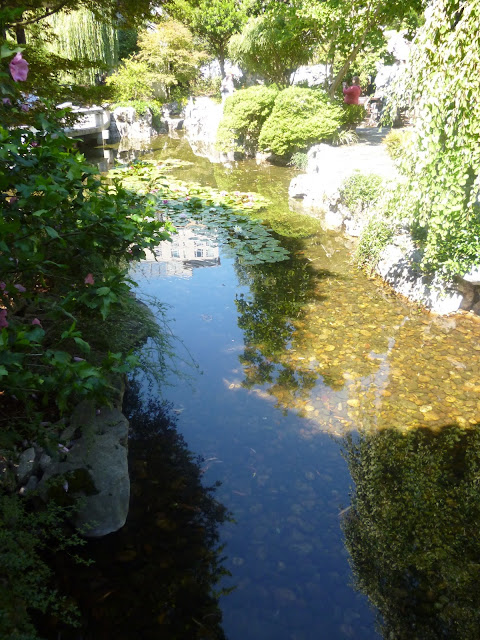 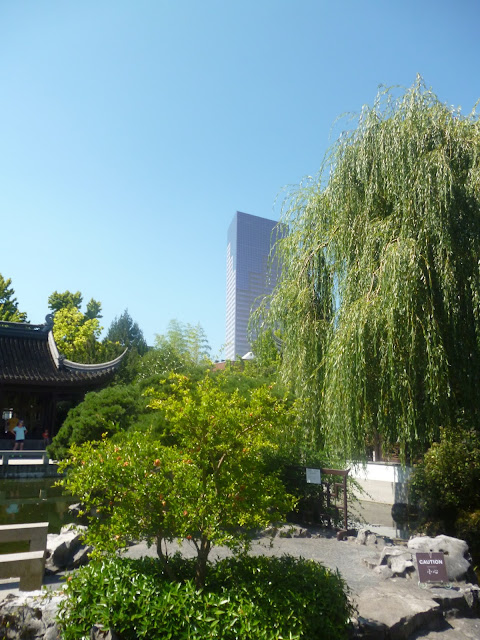 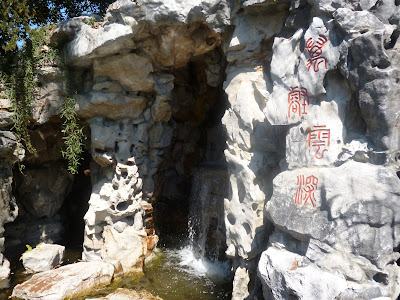 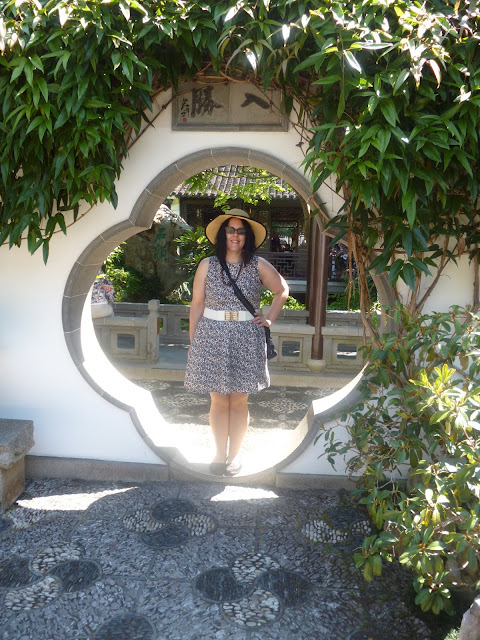 After spending time in the Chinese gardens we decided to do something very American seen as we were in the right part of the city and that was to visit the original Voodoo Donuts. 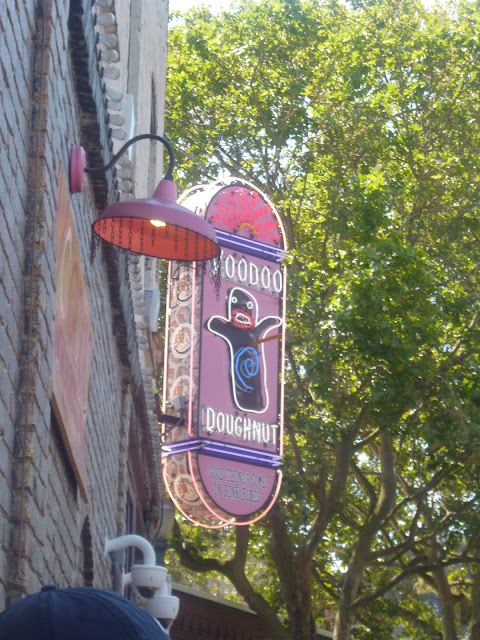 So many of our friends from the USA have told us about Voodoo Doughnuts and that we had to go there. When we arrived there was a huge queue and apparently that's the norm. 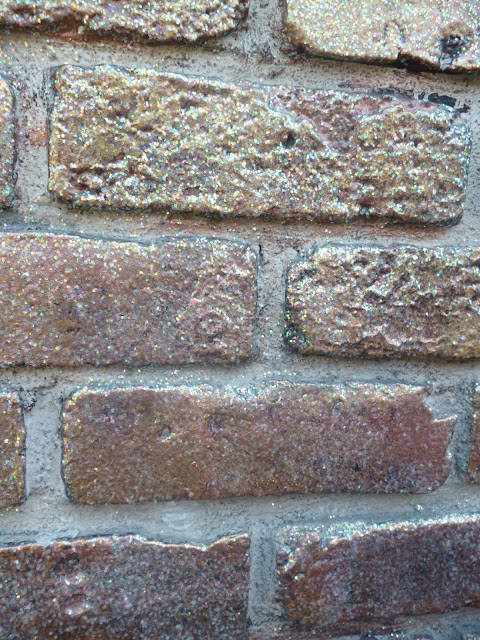 Not sure how well you can see in this picture but the bricks of the building are all glittery - so you have something to look at while you're waiting in the queue. 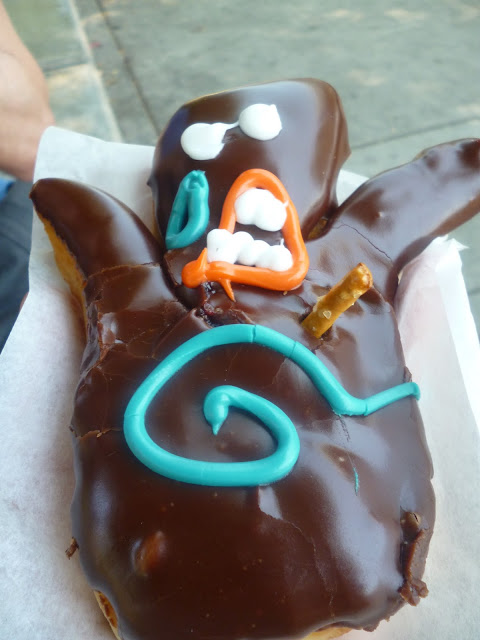 As you guys know I  generally eat a low gluten diet, but every now an then I make an exception and Voodoo Doughnuts was one of these exceptions. I chose a Voodoo Doll and it was EXTREME. Rich had an equally extreme doughnut called a pothole, these doughnuts were so huge they ended up being our lunch for the day. We went to a park to end them and then decided it was really time for a walk. 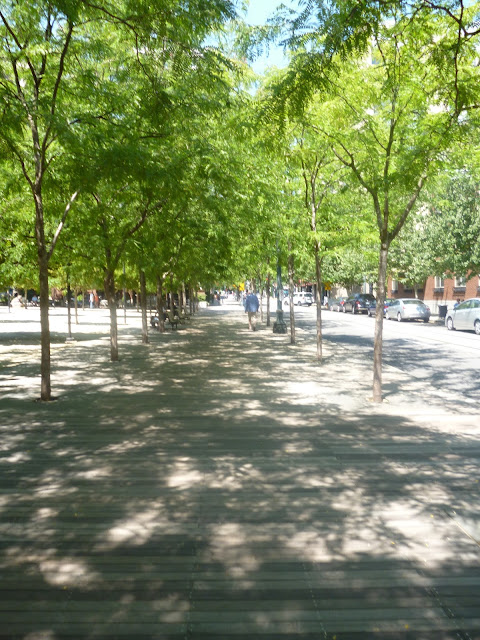 Our plan was to walk to the Peculiarium I was so excited about visiting here with the insect ice cream and all the "freaky but true" stuff. I'd been dreaming about it since before we left New Zealand, and so we walked in the super hot sun to find this.... 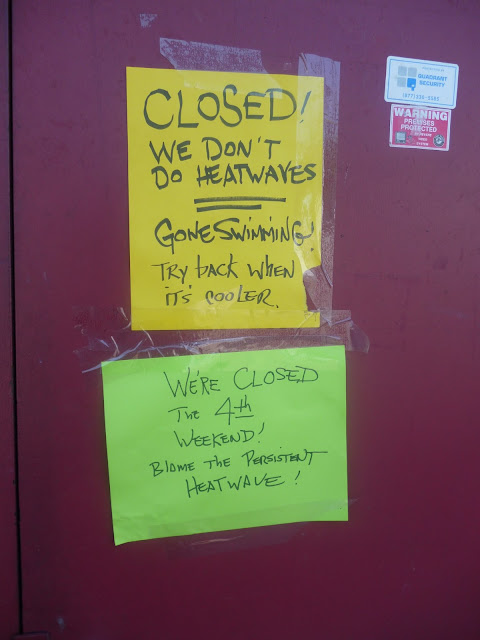 I was pretty bummed out as I'd been looking forward to this place so much and it looked so awesome from the windows. 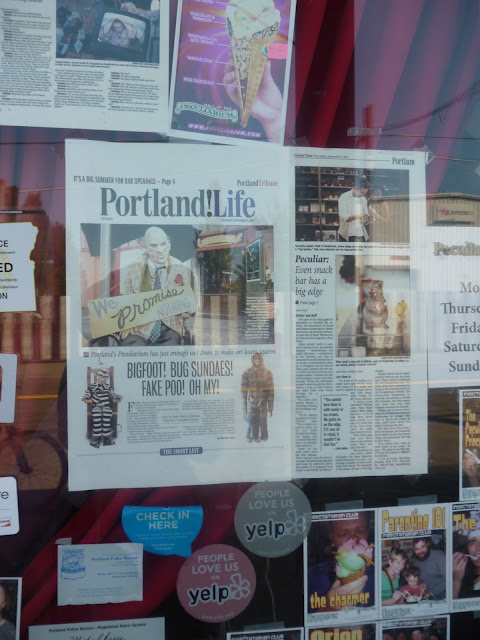 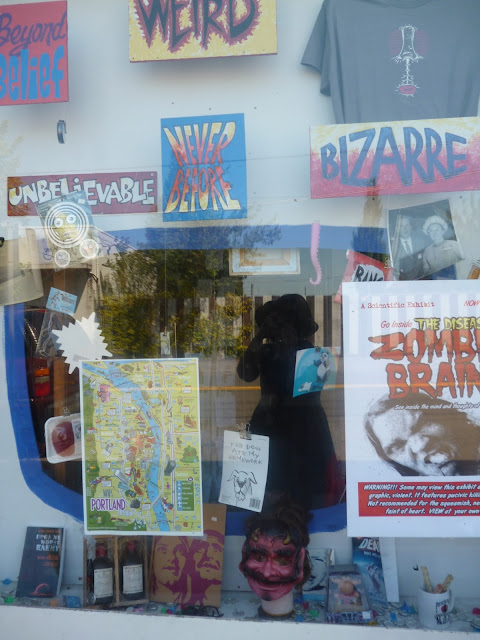 After the disappointment of the closed Peculiarium we had some froyo (because it was so hot)  and decided to call it a day. Especially as the following day we were going to hang out with our friends Leana and John who had come over from New York to see us!
Posted by Trees at 4:08 pm

The Chinese gardens look beautiful. It's such a shame the other place was shut since you were looking forward to it so much. I don't know how people actually work in heatwaves, though; I struggle when it hits 25'c! It reached 34'c here in July for a couple of days, and just breathing seemed like too much effort. xx

What a shame that wacky shop was shut but it looks like the rest of Portland was just as cool as i hoped it would be! x

I knew it was summer when you were over there, but hadn't realised it was a heat wave. I'd have been living off froyo too - when I was in Florida at the height of summer (it might not have been a heat wave but it may as well have been for how I coped) and at the theme parks I pretty much lived off ice cream and fries, for salt replenishment!