Our next day in Portland was a Saturday and I was pretty excited as Leana and John were spending the day with us and they had come all the way from New York!

Rich and I met Leana when we were teaching in South Korea, I feel like a lot of the friends we made in Korea are friends for life as you experience so many unique things with the friends you make in Korea and you have so many common experiences when you return home (even if home is on the other side of the world).

We decided to start our day at the Portland markets - the markets have all kinds of artists selling all kinds of things (I bought some prints) as well as food carts and fresh flowers. They are also huge, we all lost each other at some point in the morning! 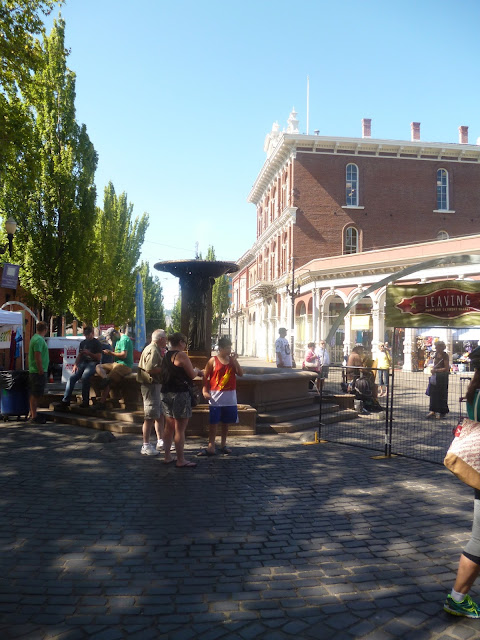 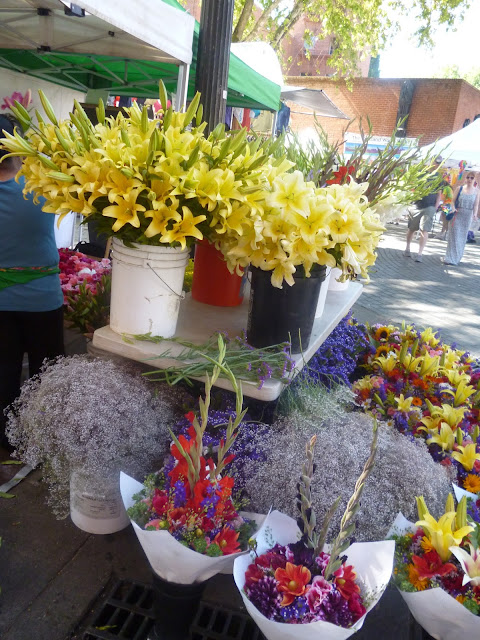 I was pretty excited to see this giant dog at the market - he was super friendly too! it seems like the market was a place where the locals got together as well as tourists like us. 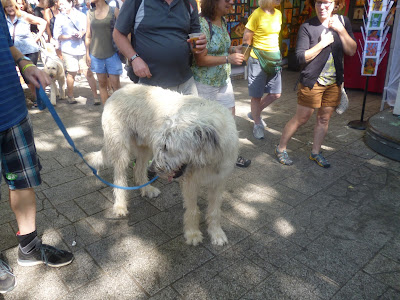 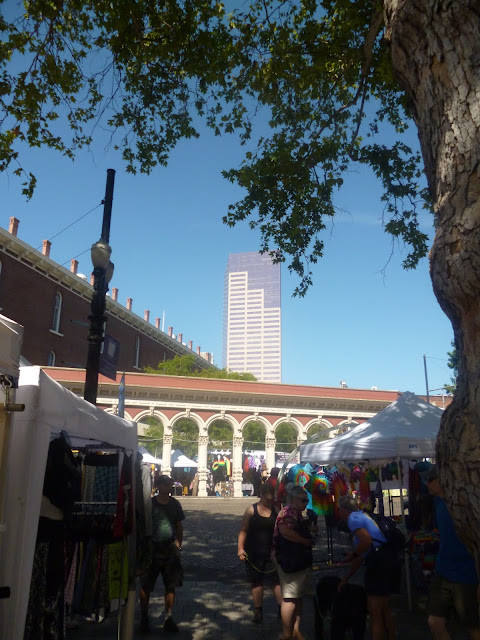 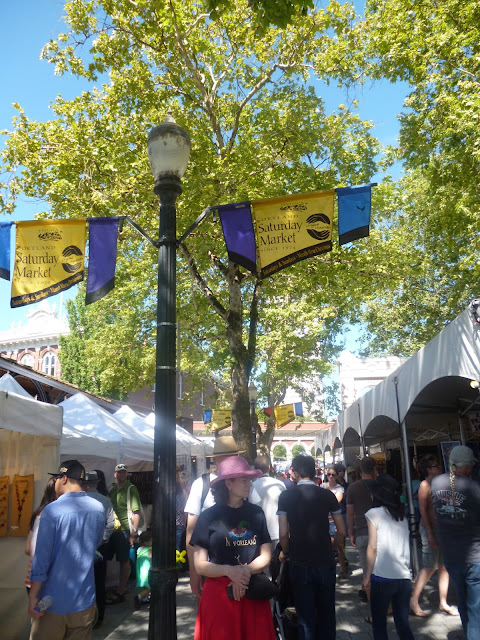 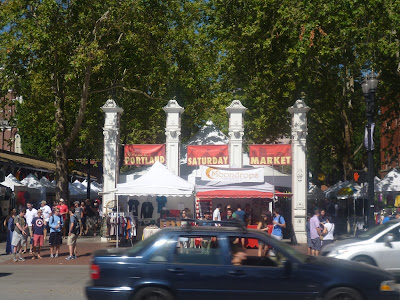 From the markets we saw the Portland sign and decided to go up and have a look and have a photo taken of course. 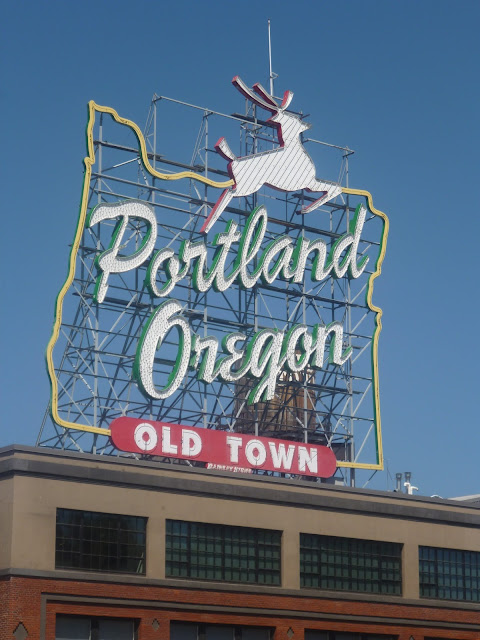 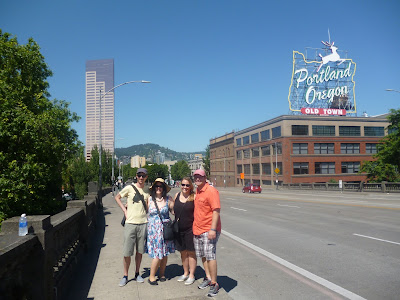 We decided that we would spend the rest of the day exploring the city, Leana and John were flying to Canada in the afternoon to see the FIFA Women's Football finals so we wanted to make the most of the time we had together.

We saw the "Keep Portland Weird" sign, got to play a piano, visited Powell's Books (a bookstore that took up a whole city block) and just enjoyed catching up with each other. 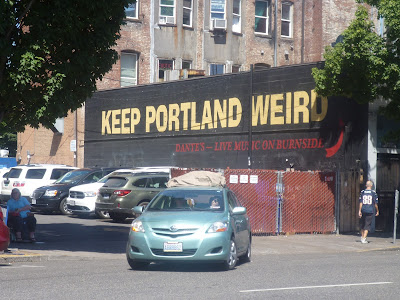 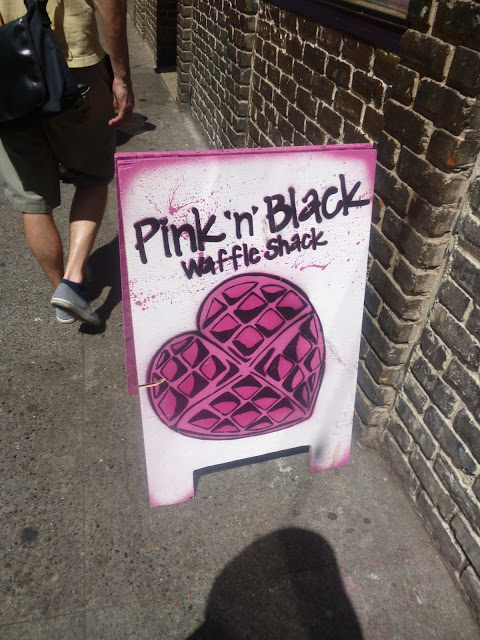 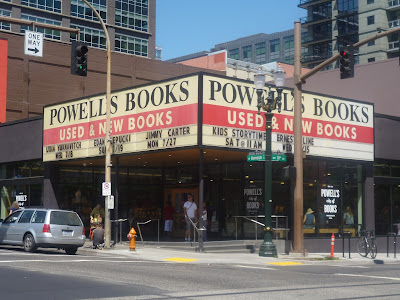 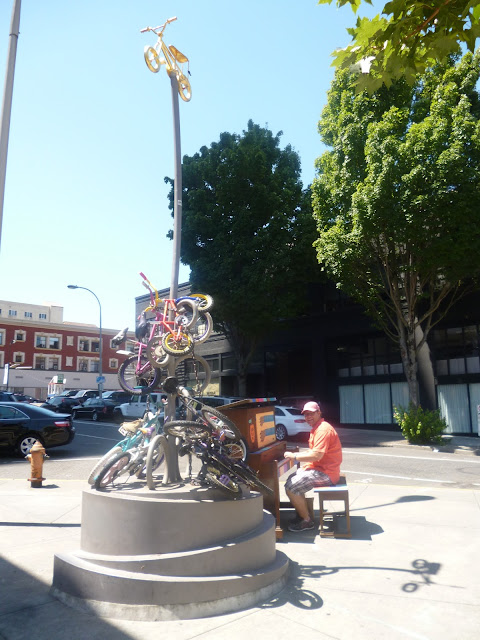 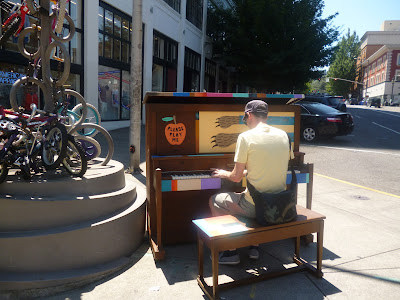 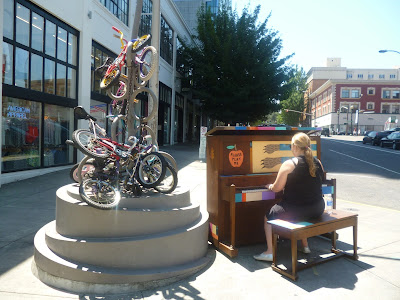 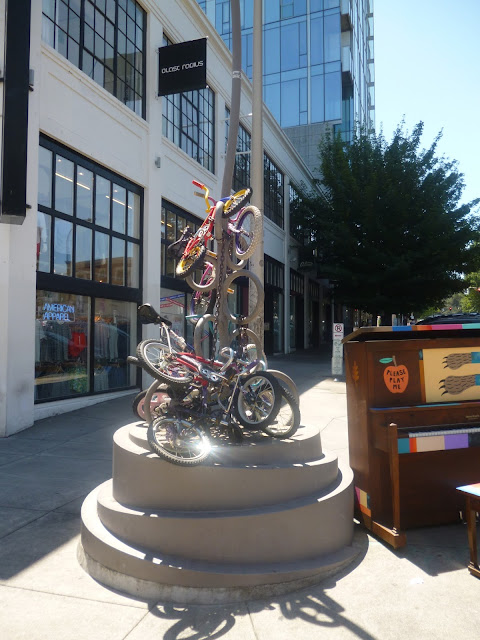 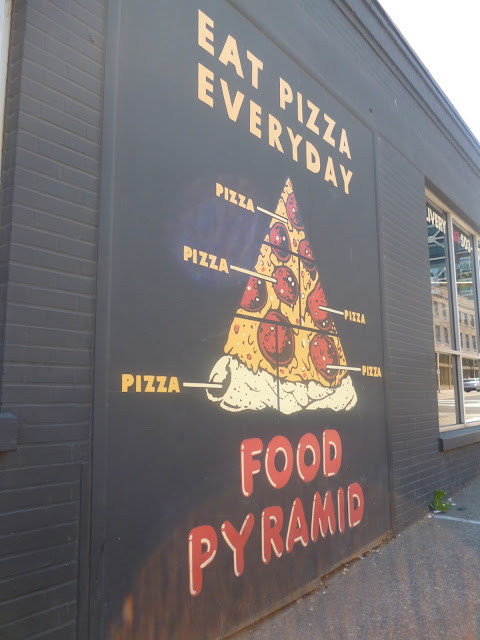 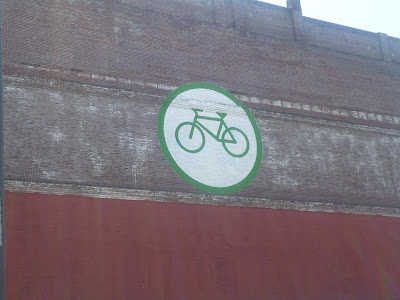 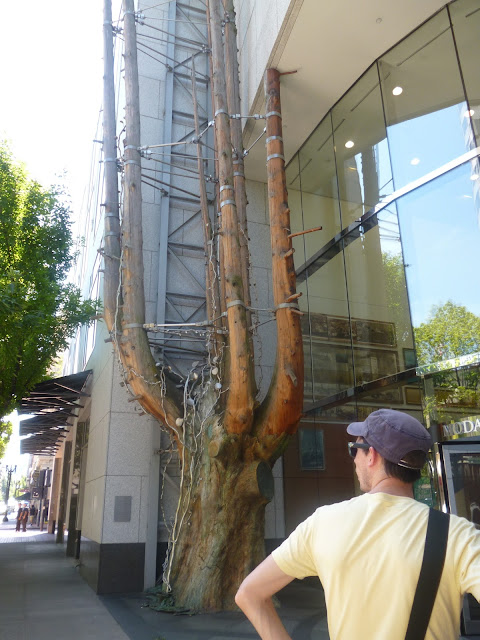 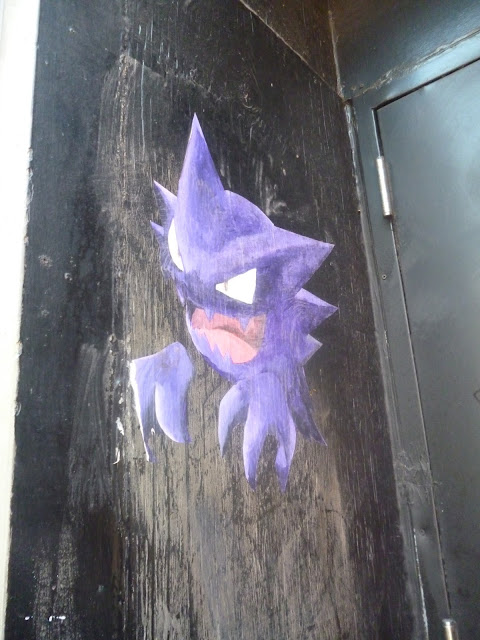 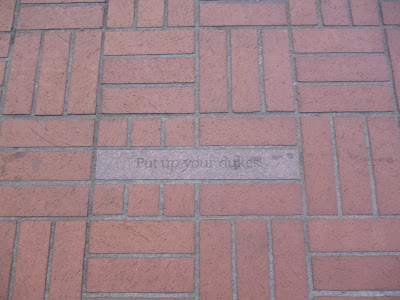 We finished the day up with a few beers (well a fizzy drink for me) in the suburb where our Air bnb was - I really miss these guys already, I hope it won't be too long until our paths cross again. Also given it was 35C plus (even Leana and John were hot and they are originally from San Antonio) I think we look pretty great. 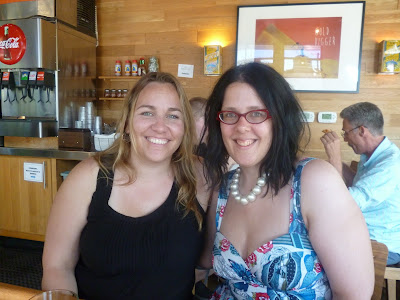 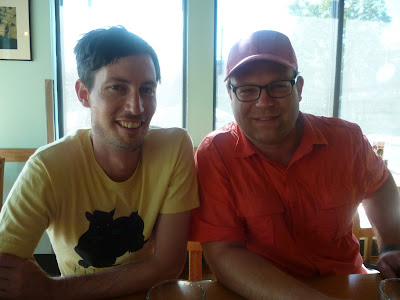 The day that Leana and John were visiting was also the Fourth of July - I was kind of interested to see what it would be like especially as I knew there would be fireworks and it didn't get dark until late. I thought there may have been a ban on fireworks altogether as it was so hot and dry.

Rich and I did think about heading back into the city to see what kind of celebrations were happening, but we were feeling pretty flat from all the traveling and exploring we had been doing so decided to see what was happening around our neighbourhood instead. I was so happy we decided to do this as it turned out we were staying in a pretty cool little neighbourhood. 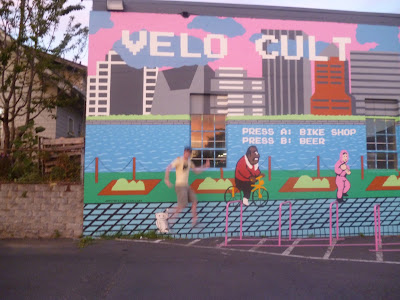 Rich wanted to join in and be part of this platform game that was outside a bike shop - such a cool mural! 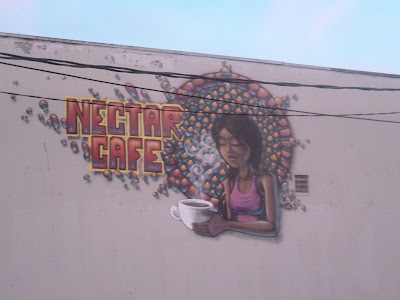 This was my favourite thing in the neighbourhood a beautiful old cinema - isn't it amazing! 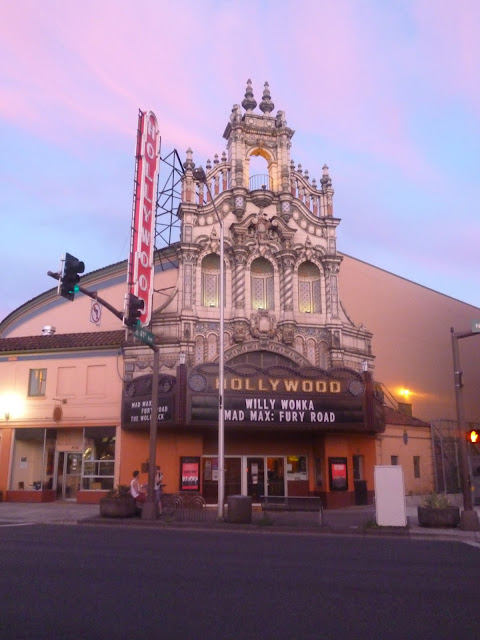 As for the fourth of July celebrations? They were pretty low key but at the same time really nice. There were a couple of street parties happening with families have barbecues and lighting fireworks. It was a lot like Guy Fawks in New Zealand really, except with better weather!

It looks like a really interesting place. I love all the street art, and the fact there's a random piano outside for people to play. Also, I never realised you guys celebrated Guy Fawkes night in NZ, too! xx

It looks like you guys had a great day, and I really hope I get a chance to go exploring there some stage myself.