Hello World! So my birthday had some highs and some lows - more about that soon! Although the lows did include locking ourselves out of our apartment and highs including realising just how lucky we are to have such amazing friends. 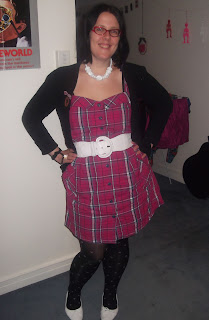 So it was my birthday last Sunday, but on Saturday I decided I was long overdue for an op shopping adventure so decided to hit up pretty much all of the op shops in Kilbirnie and Newtown. It wasn't an "epic" day of op shopping but I did pick up a few good bargains.

Including this little pink frock - its from New Zealand store Max and still had its original price tag on it! Original price was $139, whoever bought it bought it at half price and I bought it for a whopping $8!

I also picked up a pair of ankle boots, vintage woolen skirt and an pajama top I have no intention of wearing, but its made of the most darling fabric - I MUST be able to find some use for it.

But the main thing I picked up on this shopping trip was patterns - lots of patterns!

Simple A-line skirt pattern, its pretty modern and has patterns for two maxi and two knee length skirts. Seems like a pretty handy kind of pattern to have about. 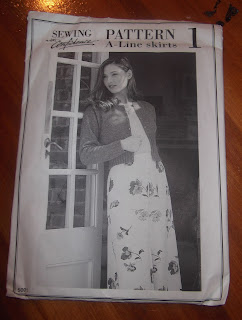 Rich is a man who likes a good quality and I hope that one day my stitching skills will be able to make him one. So when I found this vintage men's cardi pattern I decided I had to get it so I could one day make him a cardi. Don't all these gents look so dapper? I especially like the guy with elbow patches holding the camera. 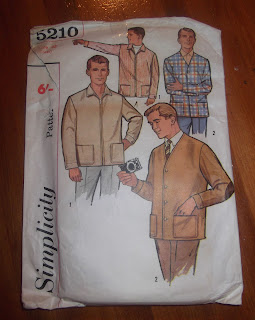 Next is another ladies pattern - some rather 1970's looking frocks - I have to admit I especially like the green one. 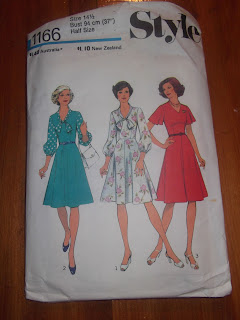 I also found a pattern for a rather simple frock - I think perhaps I'll try this one in some kind of knit fabric. There's loads on special at Arthur Toye fabrics at the moment. 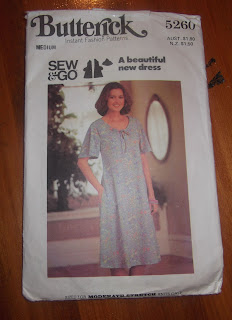 Finally, I picked up this envelope from an op shop and there's a whole bunch of patterns inside plus detailed pictures of how to make the dresses and a whole lot of variations. 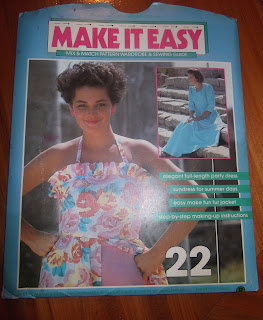 I know it looks super 80's - which is "the decade that taste forgot" as people say (I really don't think the 80's was so bad) but I just know I can make some awesome dresses from this pattern. 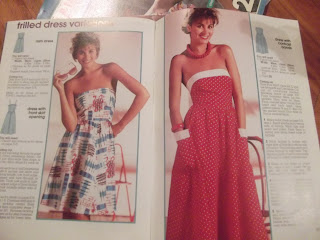 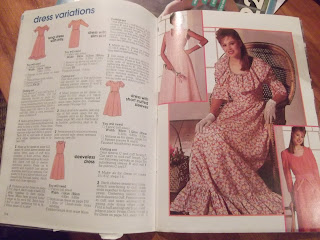 Perhaps the big long frock the girl sitting on the chair is wearing is a little bit too "Little House on the Prairie" for me - but I think I can make some of the other styles work, and look..... 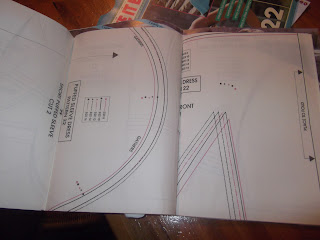 The patterns haven't even been cut out yet! It's been waiting to be used since 1984 (that's when it was printed).

I hope you've all had a great week so far.

Have you picked up anything rad that the op shop/thrift store/charity store lately?
Posted by Trees at 5:19 pm

Happy birthday for last Sunday. I love the 70s patterns. 80s patterns can actually be quite good if you look past the sometimes questionable fabric choices.

Love the pink frock!! The patterns you picked up are fab! highs and lows I hope you enjoyed your birthday! xx

Happy Birthday for last weekend! You look beautiful in your bargain frock and old patterns are always a great buy even if it's just for the marvellous packet illustrations! x

happy belated birthday!!!!!! i hope to hear more about your day! the pink dress is so cute and what a score! wow $139 to $8! that is crazy! i love all the patterns but love the last one the most! that will make such a great summer dress! which one are you gonna make first?
xo,
cb

Pretty frock and happy belated Birthday doll! I love it when you wear a bit of color :) The dress and patterns were all a score. My favorite score has to be the leopard cape I recently found for $4 :)
XXOO
Krista

What a lovely plaid frock and all those patterns- GREAT SCORE!! :-) Happy Belated B-Day to you, girlie. I'm so glad we're bloggy friends.

1. happy birthday! i totally forgot to email you, but i hope your present made up for it!

2. omg the gloves on the little house girl! love.

Bloody HELL,birthday gal,you are looking mighty FOXY! That frock is a winner! I love when I find cute modern frocks from shops where you know they would have cost a fortune!!!
I'm all over those pattern scores!I like the green frock too!And I am rather keen on those 80's frocks that are takes on a 50's look.I have a pattern somehwere myself I am longing to make,and I do indeed possess a few such frocks!I think I am finally coming to terms with the 80's....I am forever grateful that I was a Goth then,though.Not nearly as many embarrassing pix!!
XXXXXXXXXXX

Hello there! I'm so sorry for my lack of comments of late but my internet connection died...Boo! But thankfully I've been able to catchup on what I've missed. Love that Max frock on you. I must say I do like a look through Max. I even have a voucher to spend there when we come over in Sept. Such a pity we won't make it to Wello or I would definitely organize a catchup. Happy Birthday for the other day too! Xx