Like I said - Holy Crap I'm in Kuala Lumpur!! I am also lucky enough to have endless wireless internet in my hotel. I am about to head out for more adventures but I thought I'd share a few photos I took yesterday first. 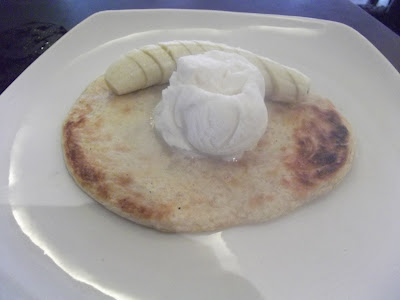 This was my breakfast yesterday, a Malaysian spin on pancakes - banana and ice cream on sweet roti bread. It was pretty good! 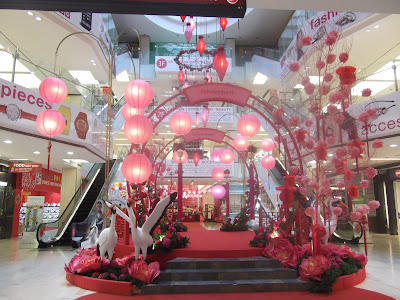 It's Chinese New Year at the moment and of course there is a big Chinese population in Malaysia so the city is decorated - it's pretty impressive. 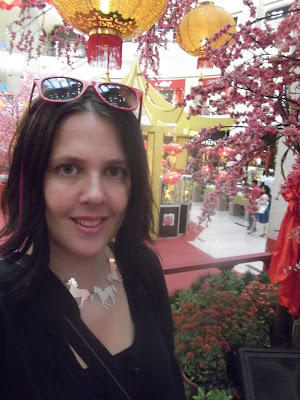 I stumbled across this cool collection of painted bears, each one represents a different country and they are to raise awareness of peace, humanity and generally looking after each other. 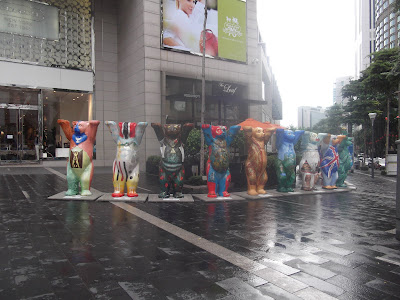 Here's New Zealand bear - I loved all the native birds over his body and the fact he has Tuatara on his feet. 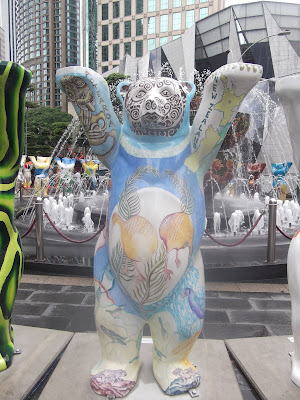 I went inside the Petronas Towers yesterday, which felt a whole lot like being in Taipei 101. I went to the most amazing book store and bought a great craft book which I will share sometime in the future. 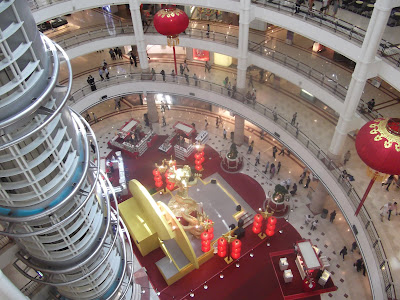 The KL Aquarium is near the towers, so I decided I HAD to go, if you've been reading my blog for a while you know all about my love of aquariums. It was also a chance to get out of the KL heat! 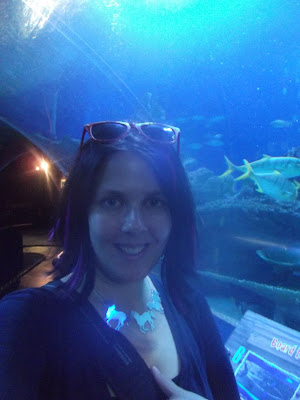 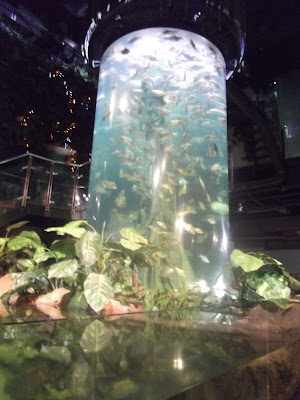 There was a small but lovely park next to the towers and aquarium which I took a stroll around. You had a great view of the towers from the park. 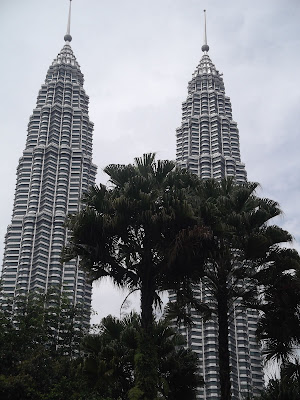 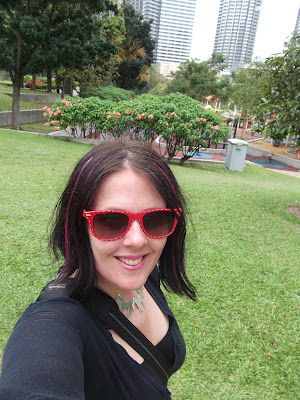 Feeling pretty excited about everything - or maybe just going a little crazy due to the heat! 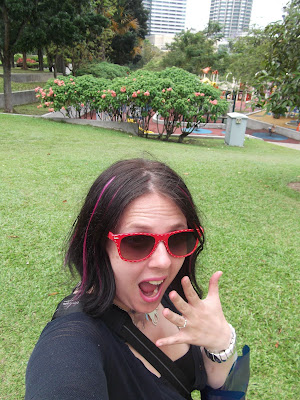 Finally - some lit up trees near my hotel, I took this on my way home from dinner last night and they were really pretty. I couldn't really capture them that well with my wee camera, but I tried. 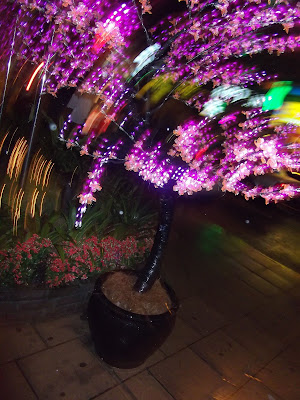 I am off for more adventures now and then its time to fly to Phuket tonight - I can't wait! Hopefully I can blog more soon xoxox
Posted by Trees at 9:58 am

the pink lanterns and cherry blossoms AND bears! why aren't i there???

Yaaaaaaaaaaaaaaaaaay!!!! You DO look rather excited....can't think why that is!!Bahahaaa.
Yay you arrived safely and are having a blast!!! SO jealous!I love Asian breaky's,they're always an interesting twist!
Keep having fun and taking loadsa pix!
XXXXXXXXXXXXXX

I've never been there, looks amazing!

Ooh, great photos, of course you're excited! Those towers are phenomenal. I love aquariums (aquaria?) too. Have a wonderful time! xxxxx

how awesome!!!!!! so jealous of you right now. oh and happy chinese new year! oh and i can't believe you are going to phuket! there is a restaurant in sf called phuket and it is soooooo good!
xo,
cb

Ooh yay for holidays!!!!!
I have that horse necklace!! AND saw those bears, they have (or had!) them in Berlin too :)

This is so cool, It's like I'm right there with ya! Breakfast looks pretty yum and the last picture of the tree with lights I love. Have fun!!!

Wow, KL looks AMAZING! I am in love with that aquarium, it looks so cool. Everything looks beautiful. P.S. I love your red sunnies.