Hello World! I haven't really been blogging much lately - this is due to a lack of internet connectivity. The wifi in the hotel seems to be working well right now, so I thought I'd take the time to sit down and write a post and let you all know a little bit about what I've been up to.
On my second day in Kuala Lumpur I was flying to Phuket in the evening, but that didn't mean I couldn't do lots of things in the morning before my flight.
First of all I decided to go to the top of "Menara Tower" also known as "KL Tower" - I love visiting tall buildings whenever I travel to new cities and it can be difficult to get tickets to the Petronas Towers (they only issue 500 a day) so I decided I would check out KL tower instead. 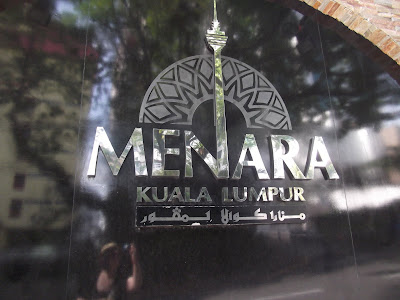 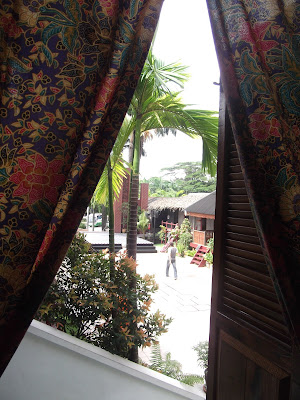 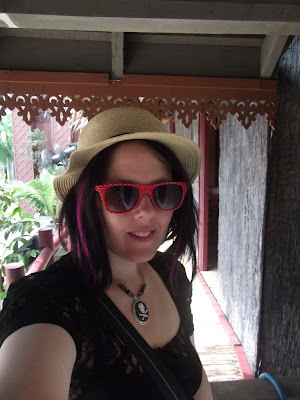 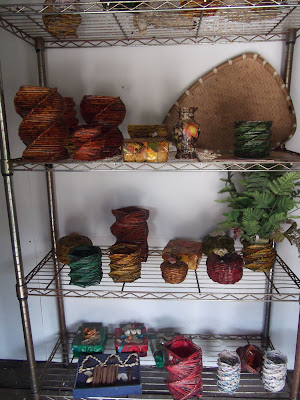 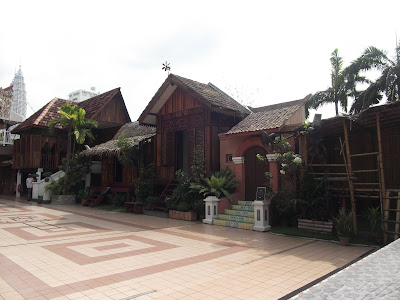 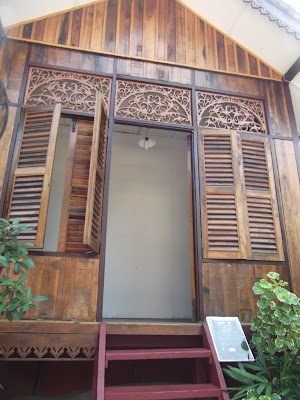 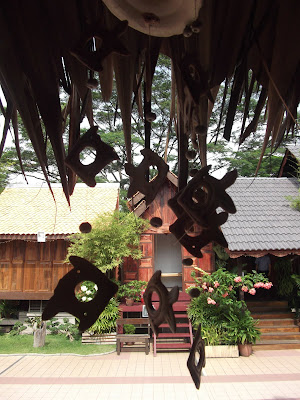 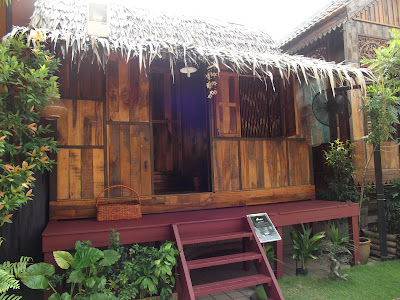 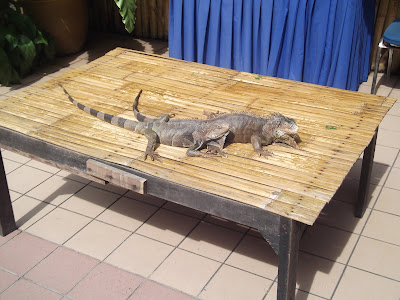 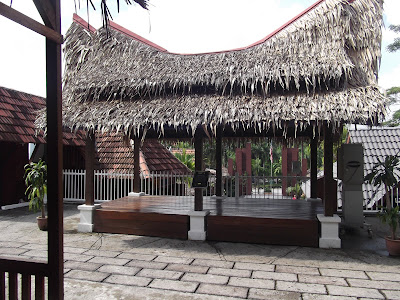 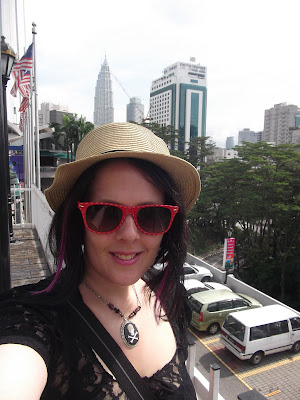 Also as part of the ticket price you could choose one other "activity" at the tower - I've found that with a lot of towers I've visited that they fill up the area with other activities for tourists, most of which are lame (just for the record, if you go to Tokyo Tower - don't bother with the wax works museum). At KL tower I bought the "budget" ticket which meant I could go to the top of the tower, the Malaysian village and one other activity for "free". I choose the mini zoo they had at the tower. To be completely honest, parts of the zoo were pretty sad. I thought the monkeys cages were way too small and they also had a LOT of rabbits together, it looked like too many rabbits for one space. Also I thought the aviary was too small. But most of the reptiles seemed to be kept in conditions that were ok, but then I don't know too much about reptiles.
The snake in the picture below was HUGE - he was 7 metres long and weighed 120 kilos - much, much bigger than me. The man at the zoo said I could have my photo taken with the snake if I wanted (for a small fee) but I politely declined. 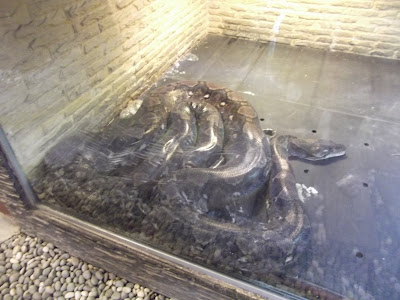 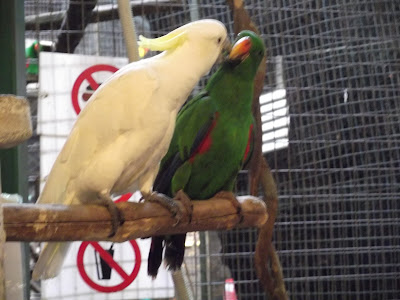 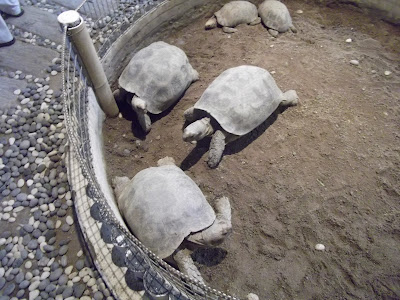 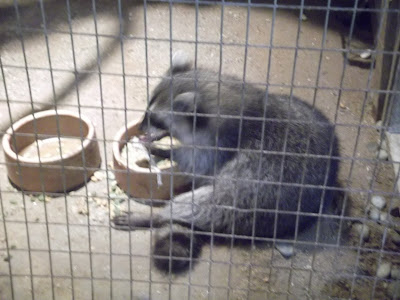 After visiting KL tower, I decided to check out the Malaysian Visitor Centre, the main reason for this was to check out the old colonial building it was located in. It was also an added bonus that the building was decorated for Chinese New Year.
The giant shoe was advertising a "Shoe Festival" that KL is having in April, I can think of a few friends that would like to attend that festival! 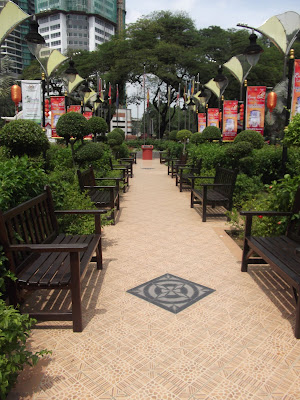 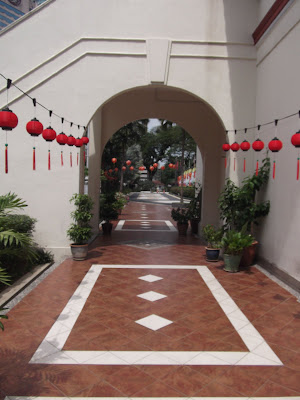 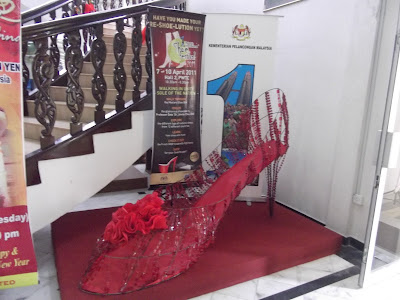 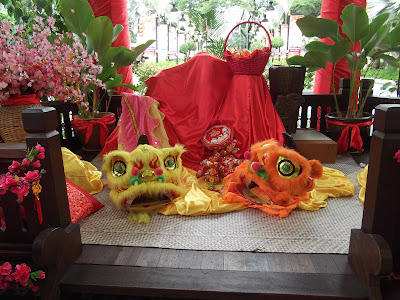 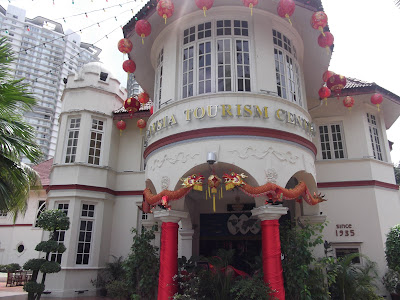 Once I finished at the Malaysian Tourist Centre it was lunch time and I was pretty close to the Petronas Towers, so I decided I would go to the mall inside and find a place to eat. It was also the chance to take more photos! 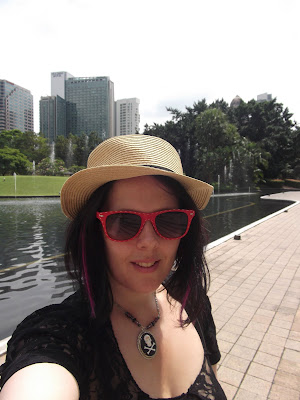 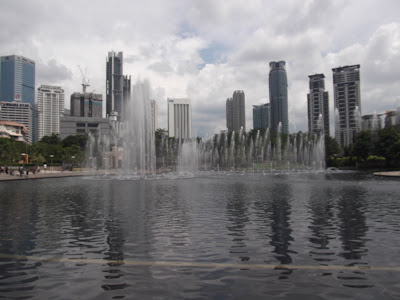 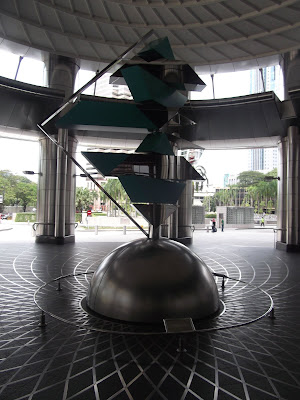 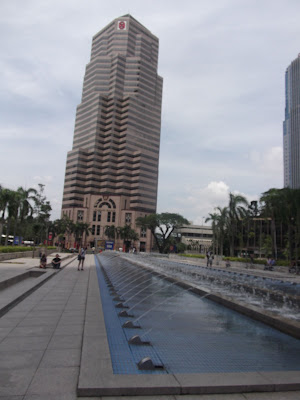 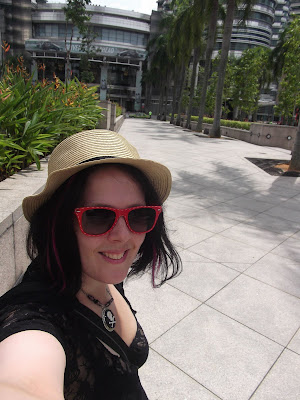 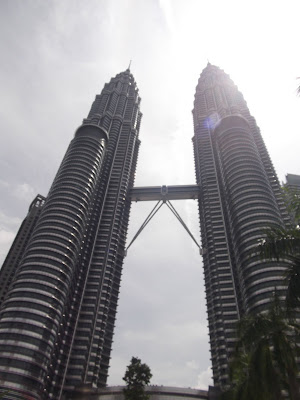 Last of all - as I was walking back to my hotel I stumbled across a temple and even more Chinese New Year decorations, so I took a few photos. When I arrived back it was time to head to the airport and make my way to Phuket. I will post more pictures soon xoxo 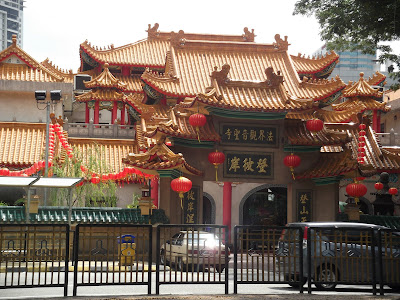 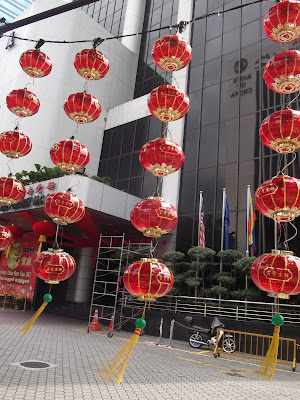 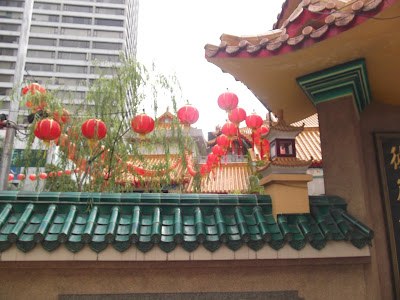 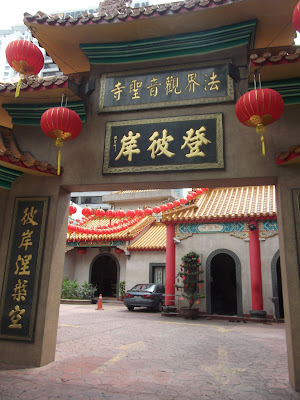 Envying you being away on an adventure! Great photos, hope the rest of your trip is fabulous too. xx

Yay, travel snaps! I love looking at photos of holidays (I must secretly be a Nana). That snake in the mini-zoo is impressive! I don't think I would have gotten a picture taken with it either. I have to admit, I've never even thought of going to KL before, but seeing your snaps is making me reconsider.

your trip looks like so much fun. i would love to be able to go there one day. that wood paneled door is gorgeous! can't wait to hear more!
xo,
cb

it looks like you're having so much fun in such a lovely city! also, you have a fun hat, so everybody wins!

also, i got my valentine! thank you! your's is on its way and will hopefully arrive before february 14th! <3

Ohh, you've captured it so perfectly! <3 I love love love KL - definitely one of my favourite cities!