A few photos from my weekend

Hello All! I had rather a quiet weekend, but I did take a few pictures of what I got up to, so here is my weekend in pictures.
On Saturday morning my friend Jess came over from Masterton for a bit of a girly pampering morning and we went and had pedicures. I got blue sparkly toes! 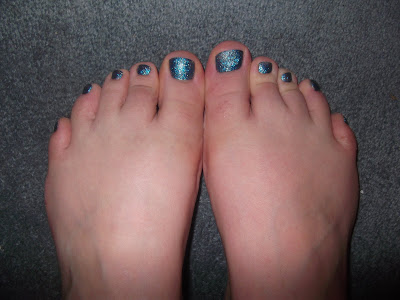 Later on we heading to Invinsible Mojo at the bottom of my building, we bought the ticket for this high tea ages ago! Glad we finally had a chance to use it - the high tea was pretty good and not too over the top with the amount of food they served. 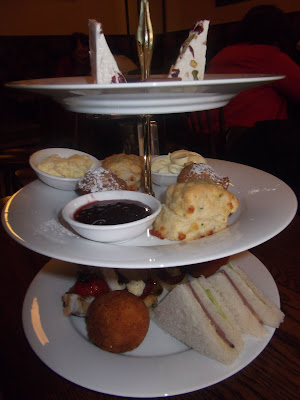 I also went to Craft 2.0 which was actually in the city this time rather than out at Upper Hutt. It was still insanely busy - so many stalls, so many cool things, I could spend a whole weeks pay quite easily at Craft 2.0, but instead I settled on buying just this one necklace. Very restrained I think - particular as I was very tempted to buy a knitted fox stole with glowing eyes (not very practical for summer - but it had GLOWING eyes! amazing). 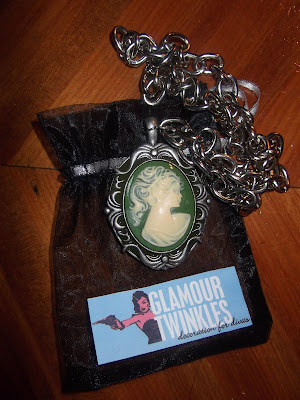 I also bought this fabric over the weekend which I used to make my next project in my Red Velvet DIY Dress Up Course. I haven't really been doing much on the course over the past little while but I am determined to get back into it. I will post photos of what I made soon - the project was actually super easy, I hadn't done it as I was scared of using my machine to make button holes - lame I know. 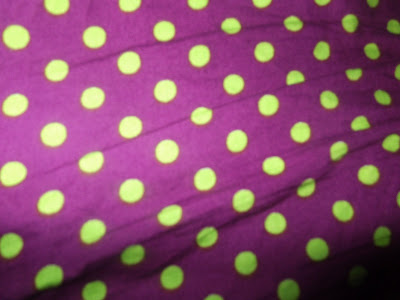 On Sunday Rich and I went to watch our local football team the Wellington Phoenix - but this time we lost 2-1 to Melbourne Victory - Boo!! 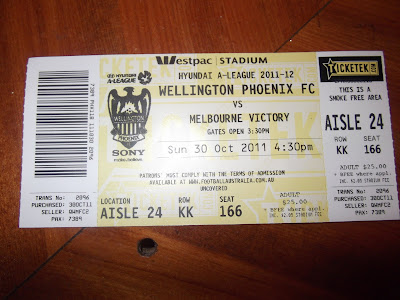 Also on Friday Night Rich and I watched the remake of Fright Night - I am a horror geek from WAY back and generally I am NOT a fan of remakes. But this one was pretty awesome - Colin Farrell as a vampire, David Tennant as a Kris Angel type Los Vegas magician and equal parts blood and hilarity. I highly recommend it! 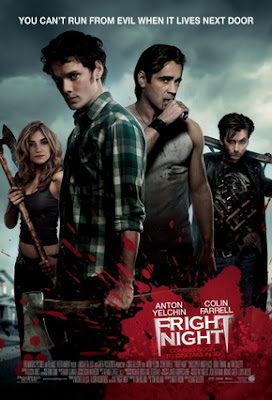 Image from here.
Hope you all had a super weekend!
Posted by Trees at 4:11 pm

Loving your glittery toes and that cameo pendant is exquisite! I'd love to see a picture of that fox stole, it sounds mad! x

What did you make with your pretty polka dot fabric? You told us you made something- but not what it is!

Email me so we can sort out the swap, I'm so excited!!!

i love girl pampering parties! i need more of those in my life <3
xo,cb

my toes are the exact same colour right now! twinsies! <3

Loving the blue sparkles, did you see what brand it was? Lush!
And I saw the Melb footie team on Sunday in town! Funny!
AND that film sounds good, I might have to try and see it.

@ Vix - The stole was mad - its eyes were glowing lights and it was all hand-knitted. I would have so bought it if winter was on the way.

@ Sadie - Boo! You missed Craft 2.0 - but there's always another one just around the corner:)