I know my Halloween post is a little late, in fact nearly a whole week late! I don't seem to have enough time for blogging lately.
Halloween isn't a huge event in New Zealand , there were some parties and events on the Saturday before but Rich and I didn't end up going to any. I think we will have to make a bigger effort next year.
However, on Halloween night I was lucky enough to see John Waters spoken word show at the Wellington Opera House. He was pretty amazing and hilarious. I was so lucky to see this show as I got a ticket from Ria at the last moment when her boyfriend had to make an emergency trip home to Australia.
Some people still dressed up for Halloween even though they were going to John Waters - Ria went as a cat. I wish I had a costume I could have worn! 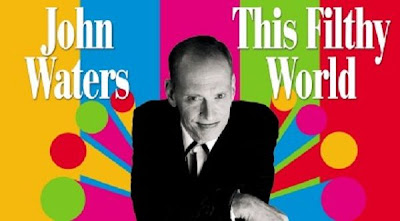 Image from here
I also had the most epic Halloween themed mail day last Monday! First of all this lovely package from my new pen pal - Alicia at So Pauve - look how pretty the wrapping paper is! 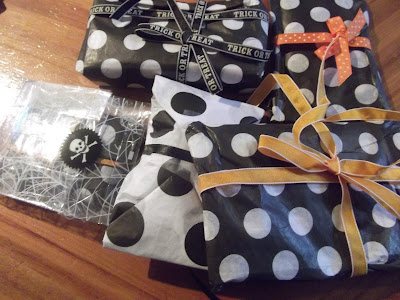 What was inside the package you ask? A whole bunch of American Halloween lollies. I am planning on using the pop rocks on cupcake or cakepops to confuse people that eat the baked good. But Alicia did tell me to put them on at the very last minute or the pop rocks will turn to sugary mush and have no pop. Alicia also send me a cute little ghost necklace I bought from her blog - he's too cute. I love creepy cute. 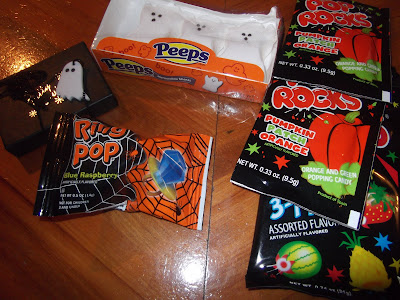 I also received a package from my friend Dani in Florida - no prizes for guessing what my favourite part of this package was - Hello Kitty Halloween Socks! I hope you all had a fabulous Halloween!
Posted by Trees at 1:41 pm

yay! i'm so happy you liked the treats! and that they arrived ON halloween! <3

John Waters? How cool!
We don't do Hallowe'en much in the Uk either but all the American bloggers have made me want to make more of an effort next year.
Love the polka dot wrapping paper and the socks! x

Haha! Lollies :)
If you ever want some sweets from Ireland let me know :D

@ Cosmia - Anytime you want to do a lolly swap or any kind of swap, I'm keen!