I'm off to Melbourne today!

Well later on today I am off Melbourne which I am REALLY excited about - the last time I was there in 2008 and I have decided its my favourite Australia city (although I have only visited three cities in Australia).
So you most likely won't hear from me until next Tuesday or Thursday - but before I leave I want to share a few photos of things that we have seen or done recently.
Fire dancers at the Petone Carnival 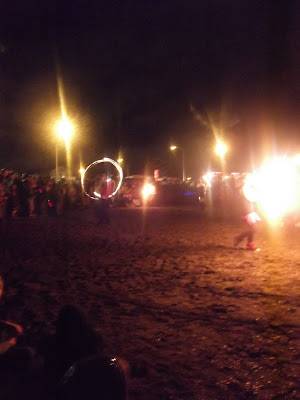 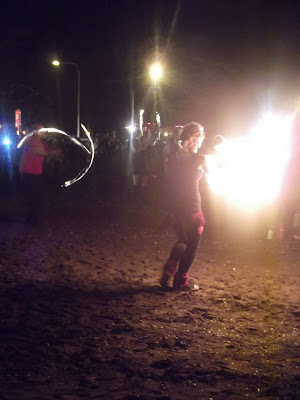 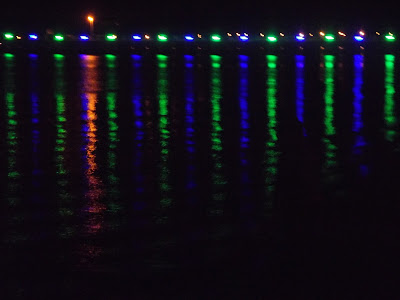 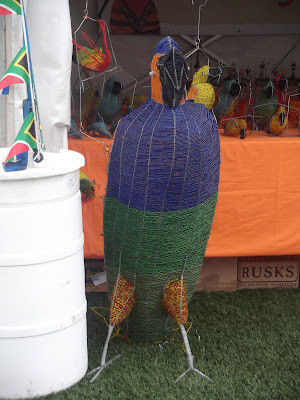 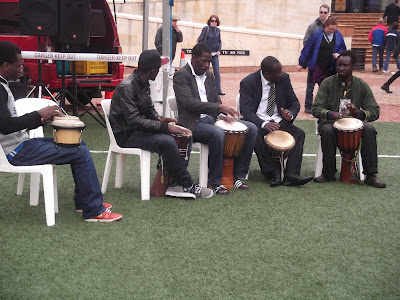 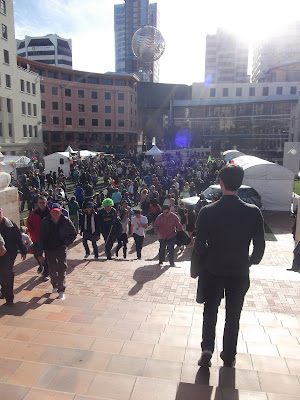 This gold painted rugby player is "Baz" and he's been turning up all over town - he told me he likes my hair. He has exceptionally good taste. 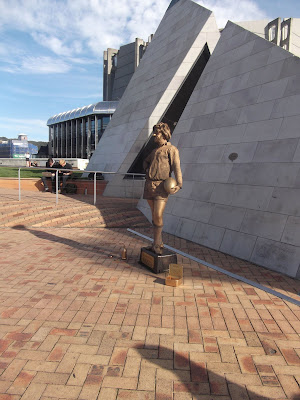 We finally got to waka for the wharewaka on our waterfront. 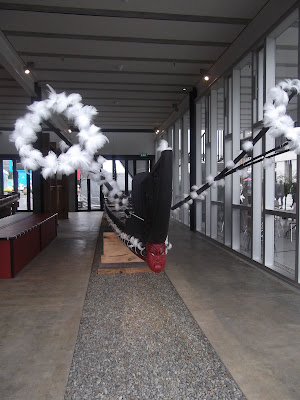 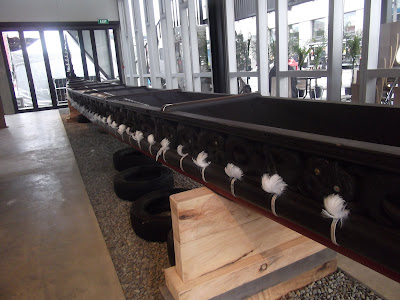 Rich did a jumping photo too! 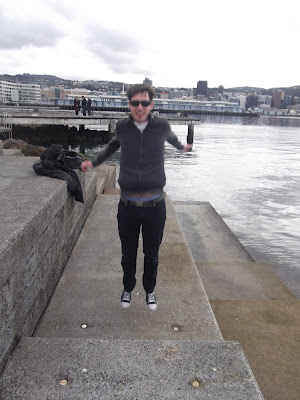 One of the stores in town is having a really amazing exhibition - if you see a photo you like in the window it can be all yours! All you need to do is do something kind for someone else, go into the store and write down what you did and they will give you a pretty picture. Fabulous! 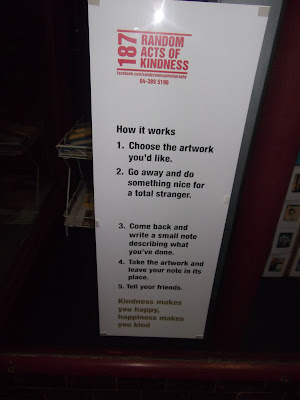 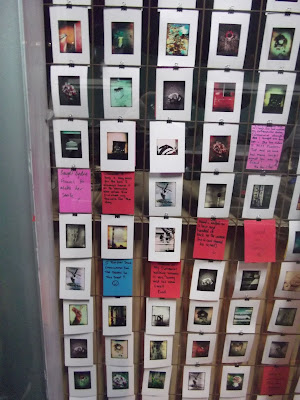 Nyan Cat! He was on the window of my hair dressers and yes he's in post it form. 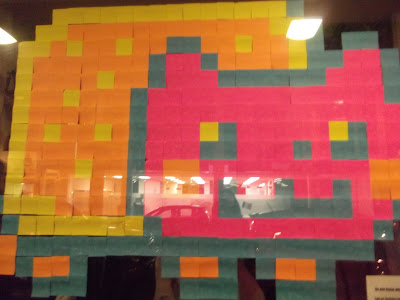 Finally, last night Rich and I were luckily enough to go to the opening night of the "Reel Brazil" film festival. We received a little pack when we entered which included a Brazilian Music CD. The evening also included a band, canapés and cocktails. The opening film was "The Story of Me". If you live in Wellington this film is well worth watching - its sad at times but its pretty incredible. 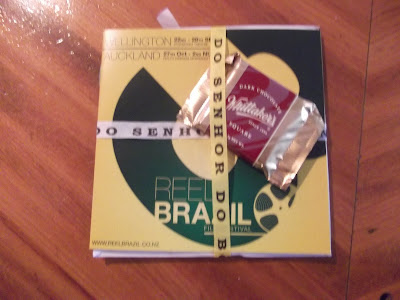 Have a great weekend all!
Posted by Trees at 7:35 am

You're so lucky going to Melbourne! It's my fav aus city too :) let me know if you find any cool shops! :)

Your guest post is ready to go up on tues next week, I had to edit out a couple of photos, hope you don't mind!! It's looks great and I'll def be tryin out a few of those places next time I'm in Wellington :)

I am excited about the guest post and no problem at all with editing out some of the pictures - I did get a bit carried away;) Let me know if you visit - we can have a coffee or a cocktail.

Oooh have a great time!

Have a wonderful time in Melbourne!!!
It's my favourite place in Aussie too <3
You have to go to Bridge Rd & Lygon St and take loads of photos so I can live vicariously through you!!
xo

Wow, you are truly having some great ole times and I LOVE the random acts of kindness idea!! I LOVE Melbourne sooooooo much and heading there for a short holiday myself too! Can't wait to see your pics and I hope you've had a fab time in that great city. xo

awww it looks like you are having a wonderful time! I love Melbourne! :)