My Weekend - So much to do!

Hello all and thanks so much for your lovely comments about my first ever frock - it just inspires me to make more things. Yah!
Last weekend was pretty busy, but in the best way possible, so much happening around town seen as the weather is getting better. Also lots of Rugby World Cup events happening around town.
Saturday was an absolute stunner of a day! In the afternoon, Rich and I went to check out the Old Government Buildings. They were having an open day and a couple of tours during the day so we decided to go and have a look around. 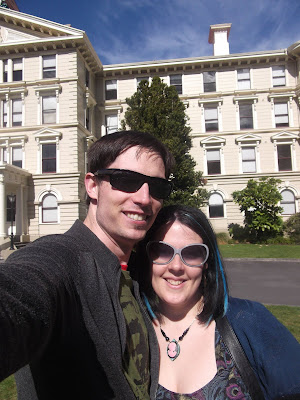 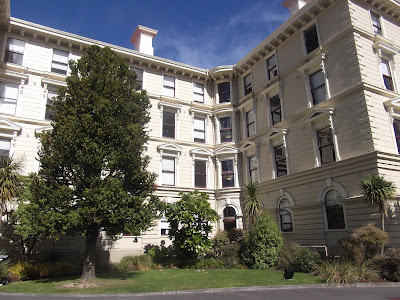 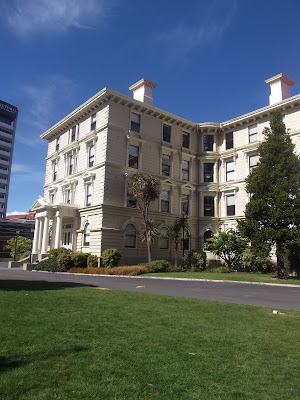 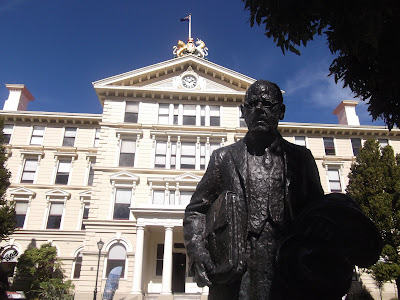 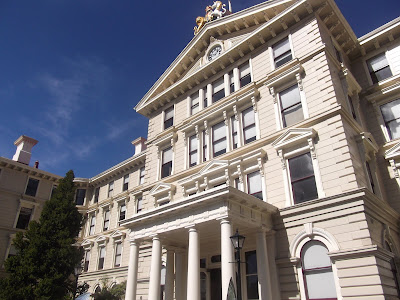 The tour of the inside of the building was really interesting but took a LONG time, the chap that took us around was clearly very passionate about New Zealand history and architecture. Which being a history geek - I can relate too! 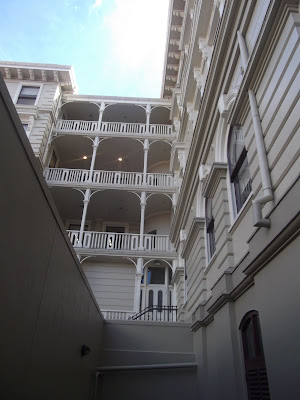 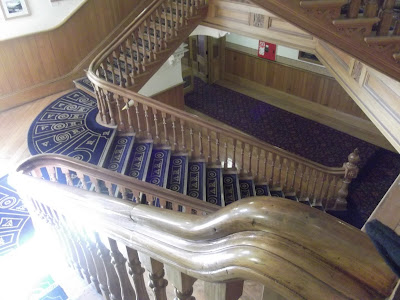 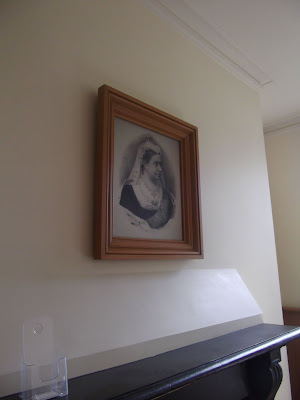 They had a room set up as an old office and Queen Vic was on the wall - I can't even image anyone having a photo of Queen Elizabeth on their walls now (and I am a public servant). I do always love pics of Queen Vic though - even though she looks so stern, there is something likeable about her. 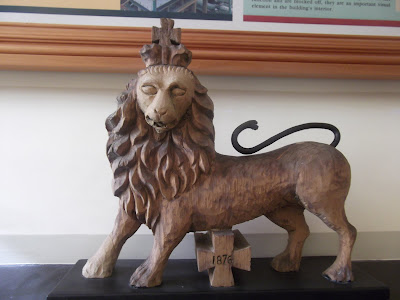 I really love this lion, apparently he used to be on the top of the emblem of the building, he's an original from 1876 (which is SUPER old by NZ standards). He was replaced at some stage and the original was found in the building when they did restoration in the 1990's. 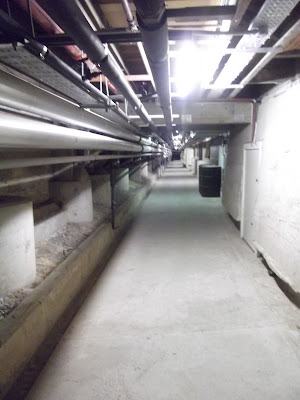 We also got to have a look under the building, I always love doing this when I go on tours of buildings. We got to see all the old piles as well as the new earthquake strengthening stuff. Building geekery!
On Sunday morning, Rich and I decided to go for a walk on the waterfront and see what what happening. With the world cup happening at the moment, there is always something fun to see or do.
We didn't have to walk far until we found this NZ on Screen exhibition in a shipping container. The exhibition celebrates NZ television and film and it was a lot of fun checking out some stuff that was a real "blast from the past". 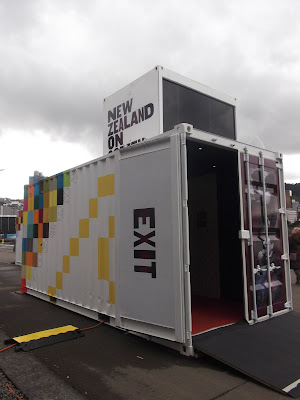 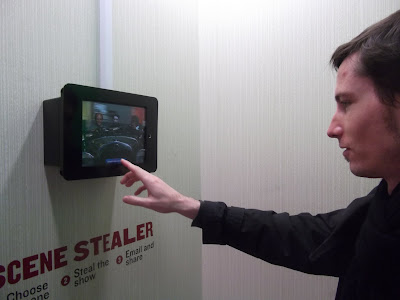 This "scene stealer" was pretty cool - you could "put" yourself into your favourite TV show/Movie and then e-mail the image to your account. Rich added himself to Smash Palace - if you haven't seen Smash Palace, you REALLY need to, its an amazing film. 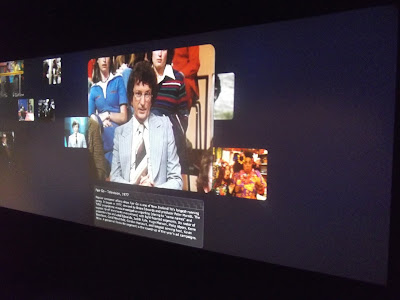 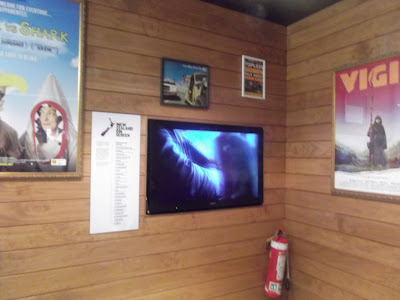 This screen was playing a number of New Zealand Short Films - you could choose from the list on the left and the nice folks at the display would play it for you. 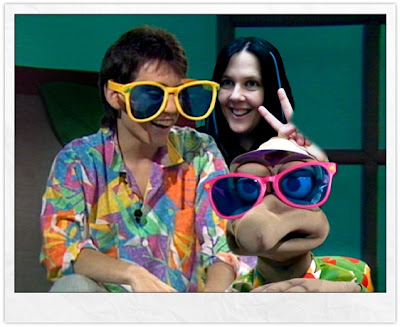 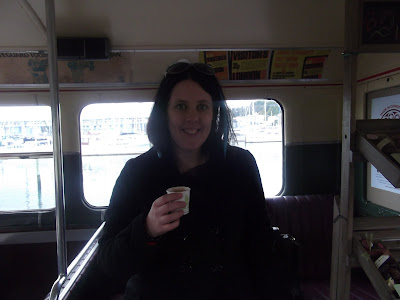 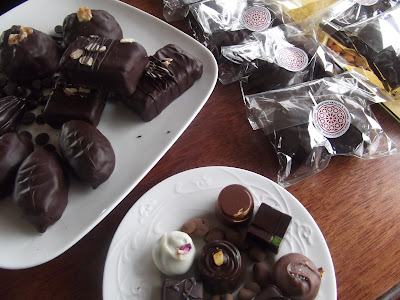 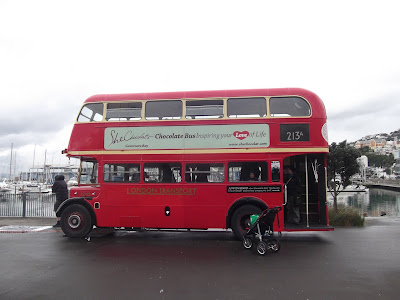 We walked along a bit further and found this! Its a chocolate cafe/bus - pretty fancy, its from Christchurch. Rich and I had hot chocolates, the cup I am holding in the picture may look tiny, but this hot chocolate is so rich that it wouldn't really want to drink much more. 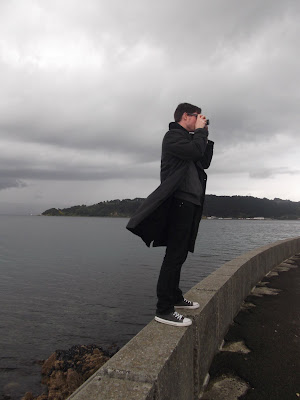 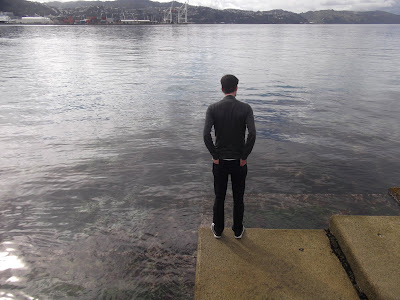 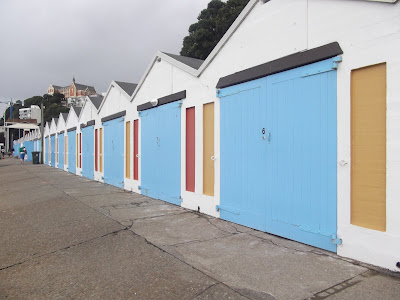 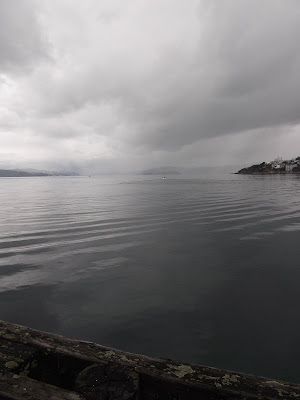 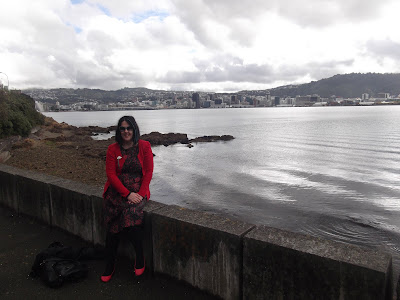 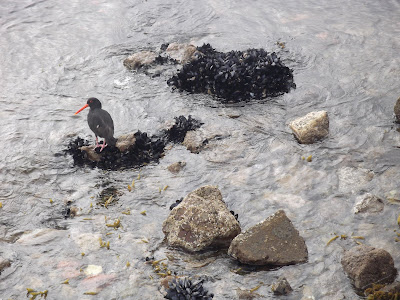 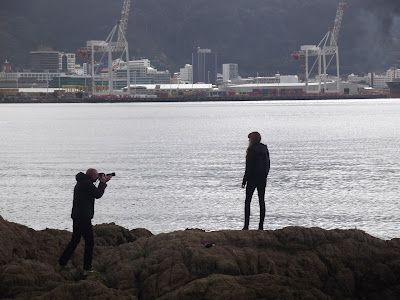 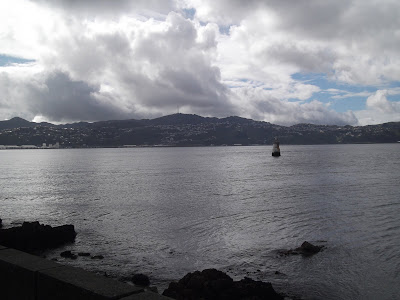 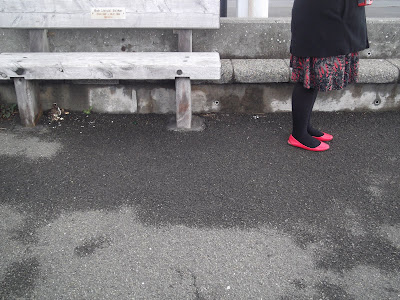 Just a few more photos of our afternoon at the waterfront - I hope you guys don't get tired of these waterfront photos, its pretty much my favourite place in the city so we always end up spending a lot of time there.
Hope you all had a fabulous weekend!
Posted by Trees at 6:56 pm

The PA Ren Faire used to have hot chocolate like that! If you tried to drink more than the dixie cup they gave you, you kind of wanted to throw up. SO GOOD.

That looks like a fun time. I love the underneath of that building. Very spooky and cool.

What a cool trip, I felt like I was really with you guys.
That government building is rather imposing, loving the finial on the stairs and that rescued lion. x

i want ALL the chocolates.

what a great weekend! i love that screen moment thing, so cool! i would have been stuck to that making all types of faces and planting myself to every show i could think of! hehehe

@ Meg - Yes! You wouldn't want to drink the hot chocolate in a larger size. TOO MUCH CHOCOLATE and that's something I pretty much never say;) I loved the underneath of the building. I saw a mummified rat, that was kind of rad. I guess that makes me a little creepy?

@ Vix - I loved that lion so much. I just think its amazing!

@cb -The NZ on Screen thing is amazing. I want to got back and "star" in more films & TV shows:D

@ Helga - Awww...thanks! I am so happy the weather is getting nicer. So many fun things to do:D

I always wanted to see inside the Government Buliding but never did, thanks for sharing xo