On 15 December I left Taiwan to head home to New Zealand, as New Zealand is so far from everything else I didn't end up arriving home till late afternoon on the 17 December. It was another epic journey home with a 5 hour wait in Kuala Lumpur airport - the most exciting thing at the airport was the garden below which kept me entertained for about ten minutes. I guess its better than nothing - all in all the airport in KL is pretty boring though to say the least. So happy for free wifi and my netbook - otherwise I may have just gone crazy. 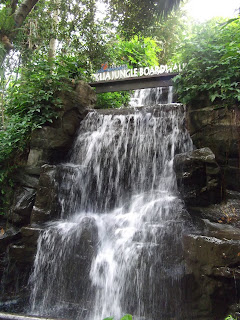 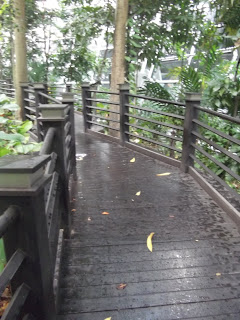 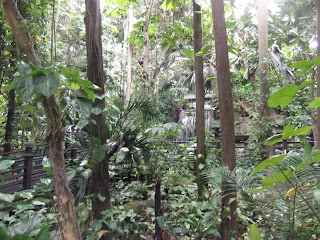 However, some of the best news about being home (apart from the fact I get two summers in a row) is that I have a fantastic new job that I actually got whilst I was still living in Taiwan - crazy but true.
I am really looking forward to it although I won't be starting until 19 January so it's going to be a while before I get paid again but I am happy to have a great job.
Rich and I even have an apartment in central Wellington now and it's great to be living right in town - I don't know why we didn't move into the city earlier. Our apartment may seem small but compared to our place in Taiwan it's pretty big. I'll post some pictures later when we have moved more of our stuff in.
Also Happy New Year everyone! As you'd expect - since we have been home everything has been more than a little crazy. I have a whole bunch of photos to post and things to write about - so I will be back again soon.