Earlier this week, the weather was telling us that some fairly major storms were due to hit nearly all of New Zealand - but that didn't stop us from going for an evening walk.

On our waterfront we have a "writers walk" where different New Zealand authors are quoted in stone. I really love these. I need more photo's of them. 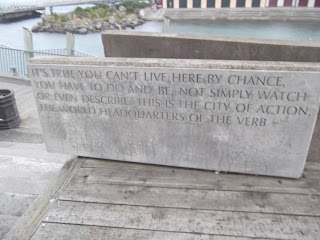 These two photos were taken on the Wellington city to sea bridge, moments after the rain came pouring down. We were sheltering and deciding how long to wait until we tried to escape the rain. Then the rain became worse and worse and worse and we had to make a run for it. 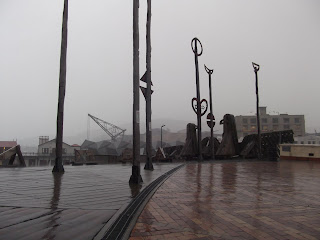 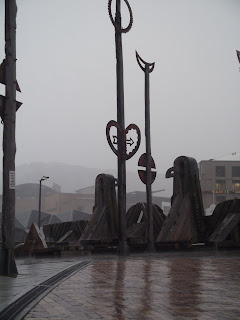 At least misty days make for great photos - the storm didn't turn into much of a storm (at least in Wellington) and the next day it was summer again. Nice.
Posted by Trees at 5:31 pm