If you've been following my blog for a while, you will know I've been sewing for about four years. That's quite a long time and I've made a lot of things for myself and also for nieces, nephews, my friends kids and also a bunch of aprons for friends. I've even made stuff for craft swaps - but I didn't get around to making a single thing for Rich!

This year I decided I would make Rich's birthday present and due to my fear of sewing for men, I decided to start simply and make a robe. It's a thing that he needed anyway and really it seems that all the ready to wear men's robes are totally boring.

I asked my friend Shell to take me out to Spotlight as there doesn't seem to be anywhere in the city to buy fleece since Arthur Toye closed down. When she found out I didn't have a pattern for a dressing gown either she loaned me hers - its good to have sweet sewing friends! 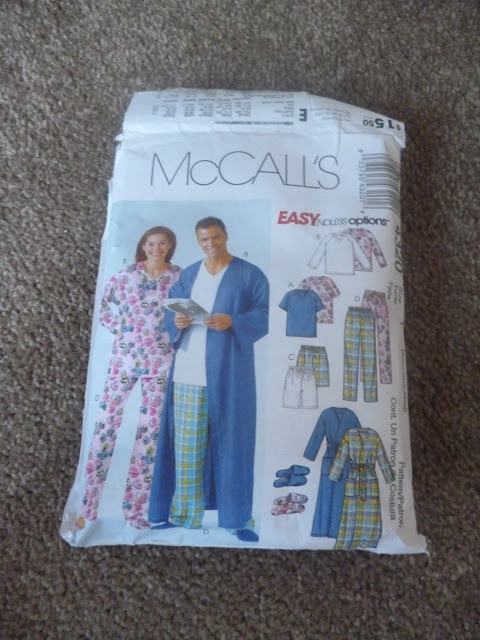 This is the fabric I chose for Rich, they had quite a few fun fleece prints at Spotlight, but this was the fabric I thought he'd like the most. It's space, but also kind of like something a wizard would wear. 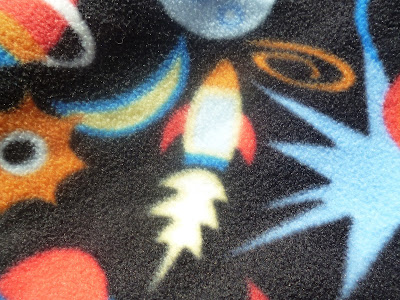 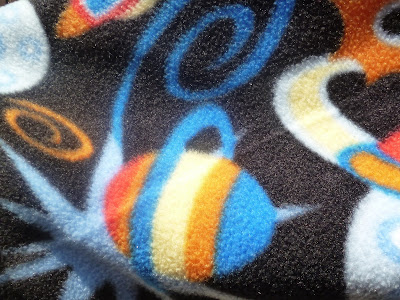 Here's the final robe, being modeled by the fence in our courtyard - not Rich, but he does really like it I promise. 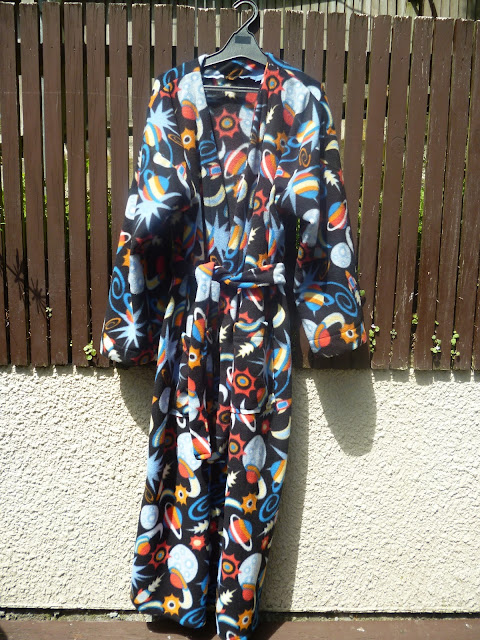 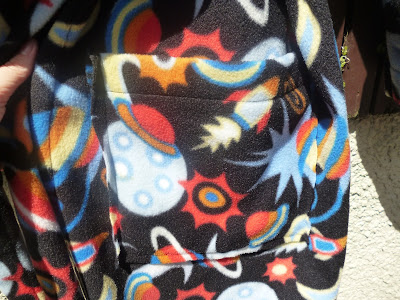 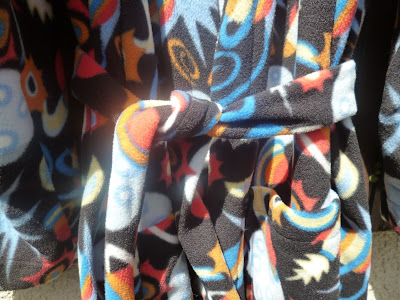 I really liked how it turned out and I'm happy that I managed to make Rich something he loves. I kind of love it too as it looks so snuggly, so last time I went to Spotlight I picked up some fabric for my own robe. 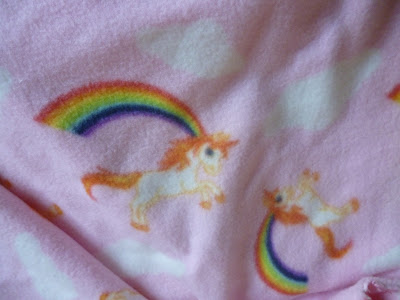 I love this fabric so much! In case you can't tell from the picture these are unicorns with rainbows.
Posted by Trees at 8:57 am

That looks amazing! I would never have even thought of making a dressing gown (not that I make clothes or anything). You've done a gorgeous job, and it looks so much nicer than any you can find in shops. Loving the unicorn fabric, too. xx