I've decided to blog about days five and six of the swap package, as one of these days included stuff I bought rather than made.

First up is day five, which consisted of more patchwork, it seems to be a bit of a theme this year. I  decided to make two oven mitts - one is creepy themed and the other is not. First the non-creepy one. 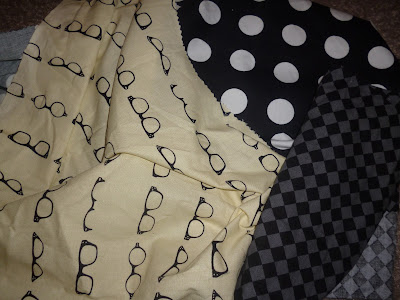 Once Vany told me she really liked glasses, so this glasses fabric was the starting point. The polka dot fabric was given to me by Emi before she went overseas and the other fabric was  left over from a skirt I made my niece Sophiia a couple of years ago. 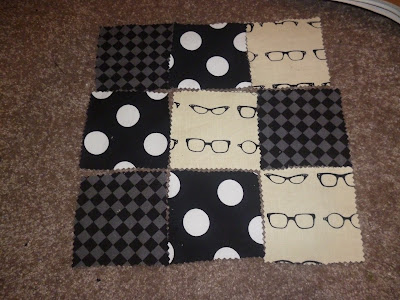 The oven mitts are pretty simple, cut our nine squares of fabric, sew them together and then add some batting and a backing. 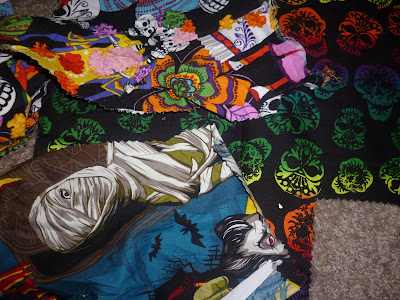 The second oven mitt I made was more creepy with fabric scraps from my Meg dress and Monster Mash Dress. The other skull fabric I recieved in a swap a while back, but I only got a half a metre and as the sewing I do is mostly dress-making I didn't have a chance to use it. 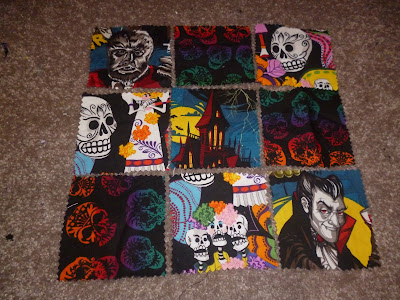 Here's the final product, hopefully Vany will get some use out of these, even if the sewing isn't perfect. I'm still struggling a bit with the precision required for quilting projects - I'm not the most precise sewist. 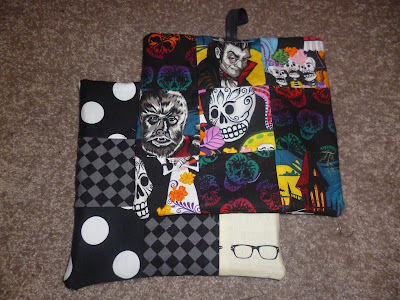 Next is day six - which is a day of bought supplies, rather than handmade items.  This package included this sewing themed fabric, so patches (they are little bat devils), a skull notebook, some bia binding and a pencil with a "mace" eraser. 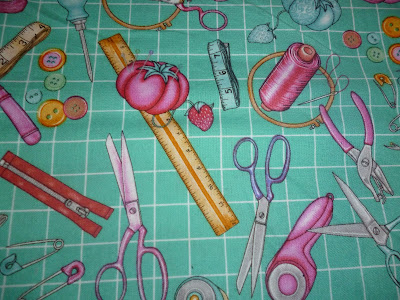 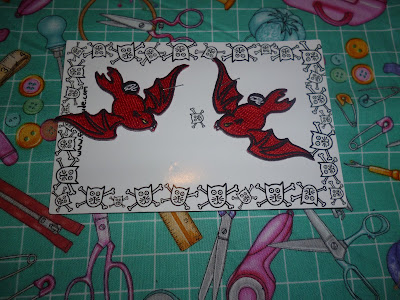 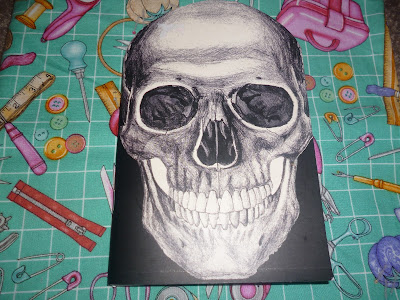 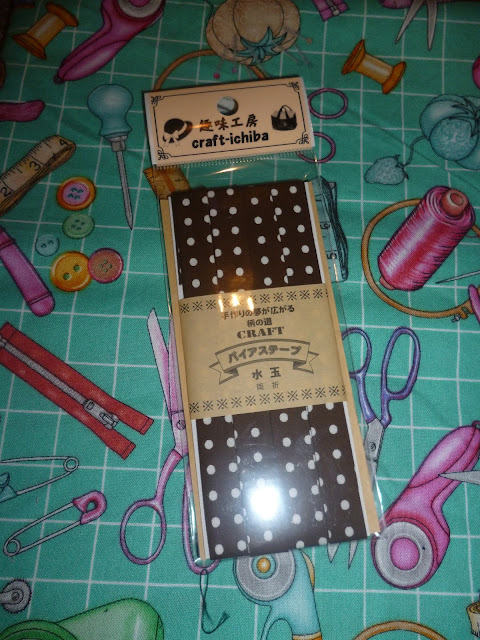 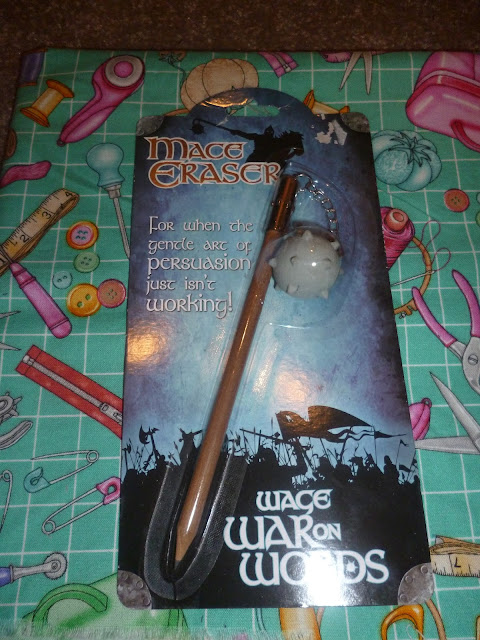 Well that's ALMOST it, only one more Halloween swap package to go!
Posted by Trees at 3:34 pm

That fabric is wonderful, loving the specs. Make a great pocket square for a man! x

That is so much fun! The amazing specs and sewing-themed fabric really do look fabulous!!! The mace is hilarious too!x