Yesterday I headed out to Newtown to go to fabric-a-brac, which is a second hand market that we have a couple of times a year in Wellington. It's basically a market that sells all things sewing related - fabric, buttons, craft books, notions and everything in between.

It's the sort of place where someone like me could most likely spend a weeks wages if I lost control! But I was pretty "good" with my spending and did manage to pick up some lovely things. 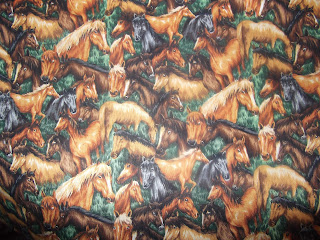 I bought this fabric with horses on if - 3 metres for $15, which I thought was a good deal. I'm sure I'll whip this one up into a frock pretty quickly. 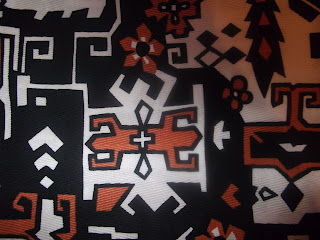 Next up is 3 metres of this fabric - I'm not expert on decades but it looks kind of 1970's to me. I wasn't quite sure how to describe the print as to me it doesn't really seem "tribal". When I bought it home Rich said it reminded him of the Aztecs - so I'll go with that - it's an Aztec print. 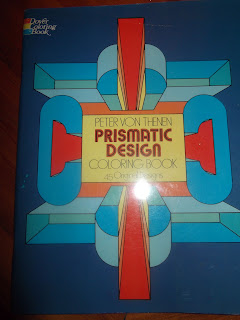 I also got a present for Rich at fabric-a-brac - some ladies were selling off a huge amount of old craft books. I actually didn't find any that interested me, but I thought Rich would like this "Prismatic Design Colouring Book". 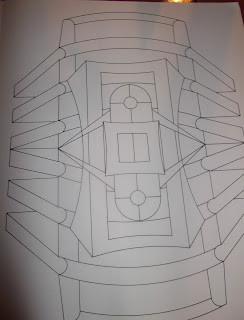 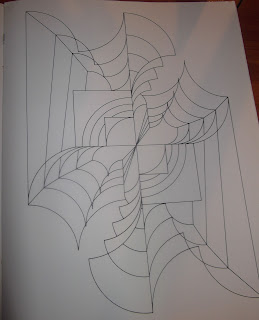 How cool are these designs? They make me want to reach for my felt tip pens - or perhaps I could embrioder one or two of the designs? 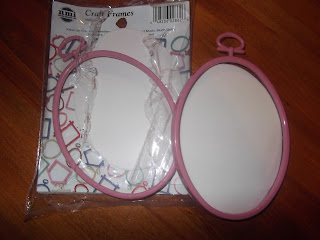 I also got a couple of plastic display embriodery hoops - nothing too exciting, but at $1 it was hard to say no. 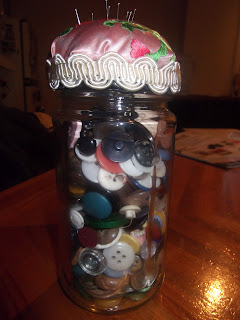 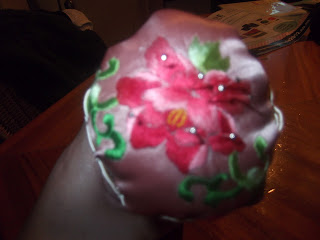 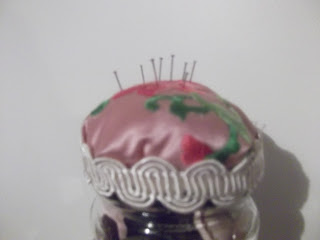 The top of the jar even includes a pin-cushion! How much cutier can you get than that? 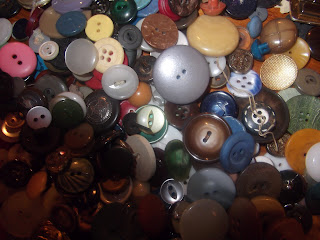 Finally a shot of my "button soup" - there's all kinds of buttons in the jar, its going to be a good thing to have on hand for craft projects.

Although its still officially "autumn" here, its feeling a lot like winter! It's been getting a lot colder, especially in the evenings.

So seen as today was a clear but crisp winters day, it was the perfect chance for a walk along the waterfront to take in some sunshine - before the really cold, wet weather sets in! 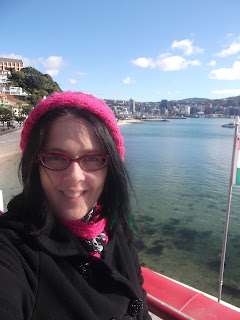 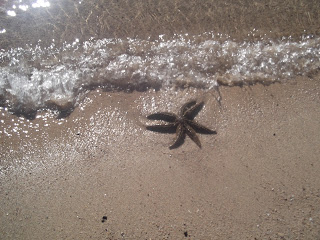 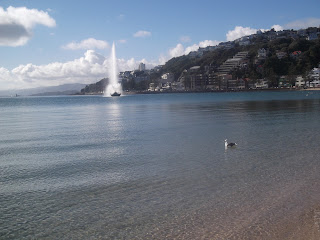 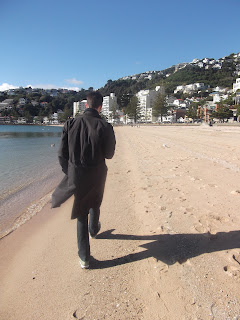 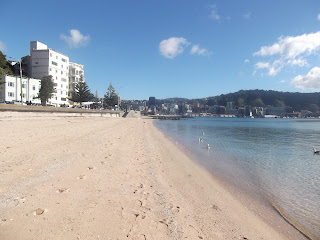 What fabulous finds! That horse print fabric is just too superb.

That market sounds amazing. I love the horse fabric. Can't wait to see what you make with it. Buttons have got really expensive at the op shops so that jar is a great find.

Oh I just love love a jar of buttons to sort out. What fun!!!!
The market must have been amazing, great finds.
Love v

Great finds for a wonderful sower like yourself. Looking forward to seeing many more creations. Xx

Can't wait to see what you do with the horse fabric! xx

Wow! The fabric is stunning, I love both of them. The design book is fabulously 1970s, too. What a score.
Your scenery and blue skies look incredible & your latest trip looks amazing, I'm so jealous. x

one of my first jobs was in a bizarre costume shop. it was a thousand degrees in there and smelled really bad. one day i just sat at a table sorting buttons for hours wishing for death. ah memories...

OHHHHHHHH!!! Fabulous horsey print!! I reckon that 2nd piece is 80's! Nice haul all up!
I actually prefer the beach in Winter!!! XXXXXXXXXXX

Great finds. That market sounds like my kinda hang out! Love the photos of Wellie waterfront too - ahh brings back memories x

Ahh you were in my 'hood! It was lovely there yesterday wasn't it? We walked to the City Gallery. Very nice.

I'm gutted i didn't go to Fabricabrac!! Looks like you scored some bargains. I thought about it but then thought I remembered people saying that you had to get there super early as it's always rammed, so I didnt go. Boo. LOVE your horse material.