Sorry I've been absent for a while - I've no real excuse either! I've just been busy and feeling a little bit run down.
Anyway as promised - here at long last are the photos of our trip to Napier for Rich's birthday.
We started off the trip at Silky Oak Chocolates, we met Rich's parents at Napier airport which meant we actually had a car for the first part of our holiday which is so rare for us! I don't drive at all and Rich hasn't driven for years so we usually rely on public transport which means we sometimes miss out on out of the way places. One of the out of the way places is Silky Oak Chocolates which had a cafe, gift store and museum. 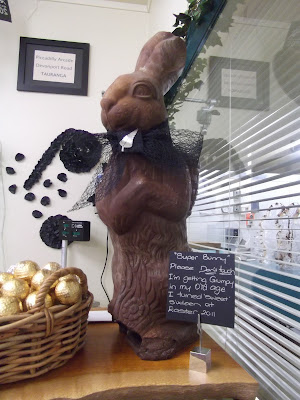 This chocolate Easter Bunny was sixteen years old - looks like he is feeling his age too as he was falling apart. 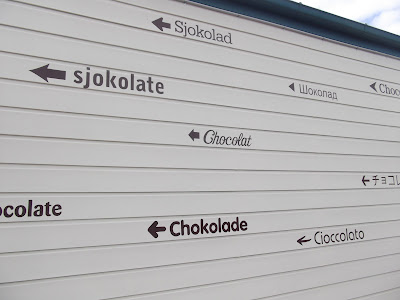 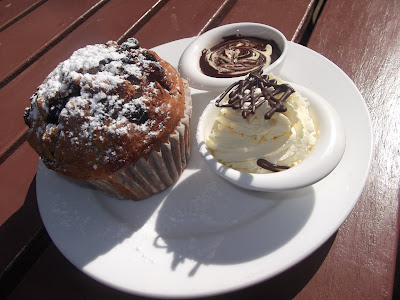 Rich and I shared a muffin at the cafe - it came complete with chocolate sauce. We decided on blueberry which was a good choice as we had hot chocolates as well and I think a hot chocolate with chocolate sauce and a chocolate muffin would have been too much chocolate.
After all that chocolately goodness we decided we needed a bit of a walk and so visited Te Mata Peak - we only walked a small part of the way there and drove the rest as some of us (actually mostly me) weren't dressed for a big walk. I was feeling kind of ridiculously over dressed to be at the peak - until some girls turned up in heels and cocktail frocks (looked like they were on their way to a wedding). 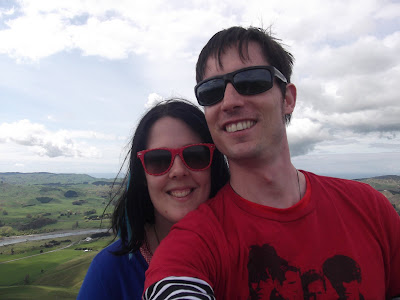 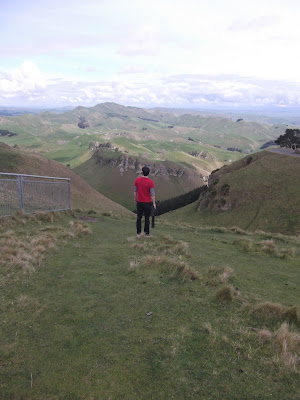 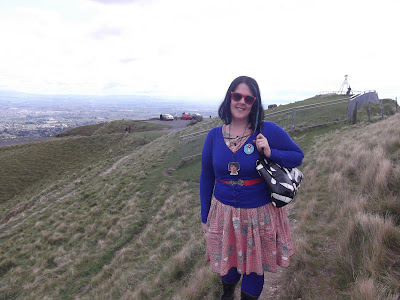 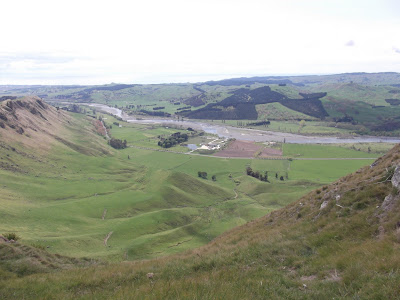 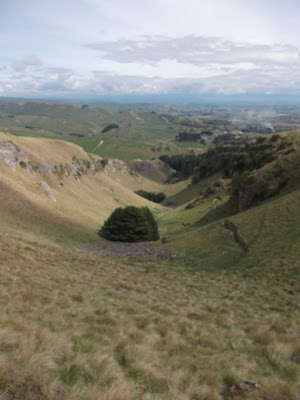 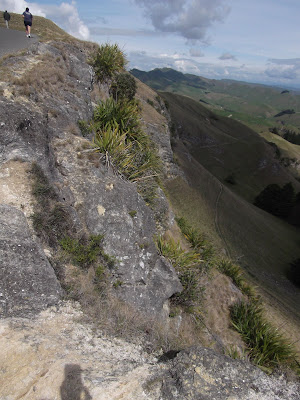 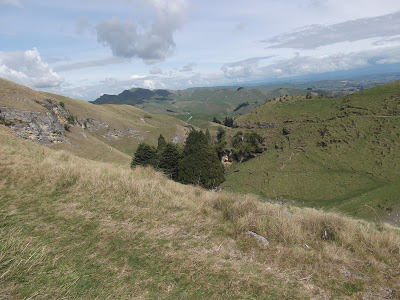 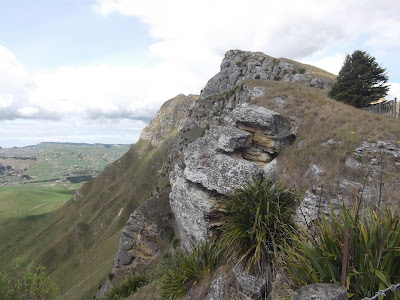 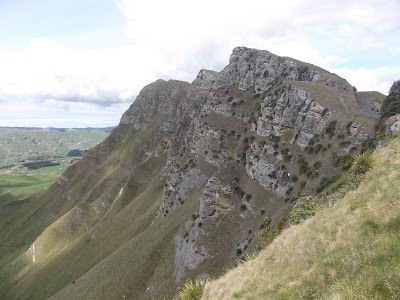 Next up on our Hawke's Bay Road trip was Havelock North - I had never visited here before but it is a pretty little town. I liked the spring blossoms and I love the photo of Rich with the eel sculpture - he just looks so happy to meet an eel. 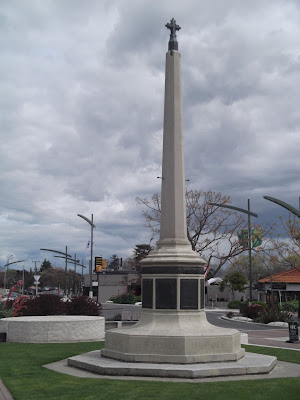 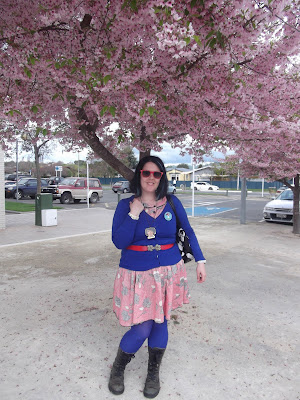 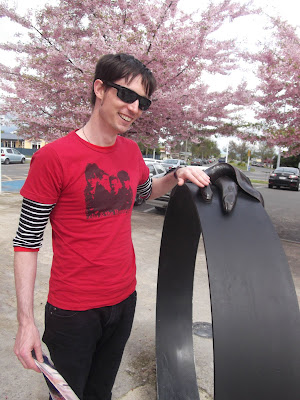 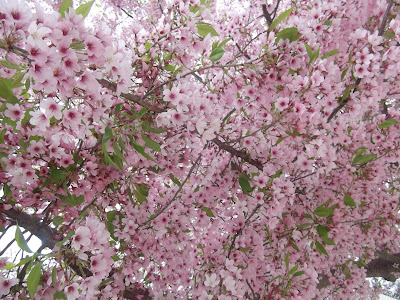 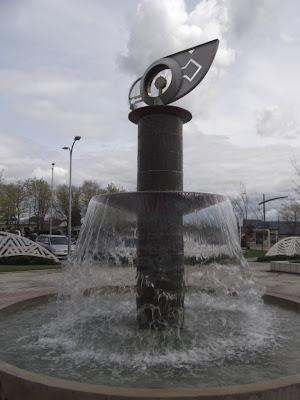 Finally we arrived in Napier! It was a little overcast and we did get caught in the rain just as our mini putt game was ending (Rich won of course - I do like mini putt but you know your chances of victory are small when you play with someone who has played golf since they were 11) but its such a pretty city - all art deco and pretty spring flowers. 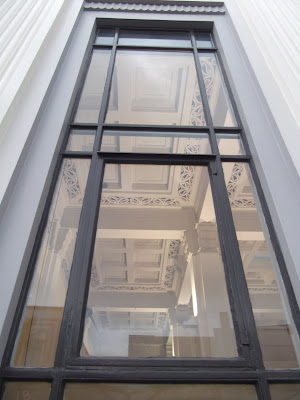 I really loved this building - they have incorporate Maori design into Art Deco - I really like that. 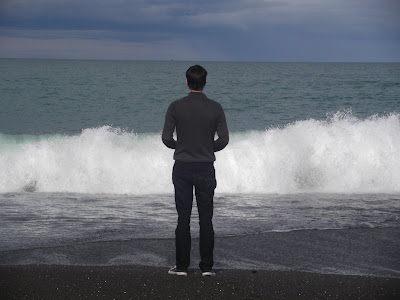 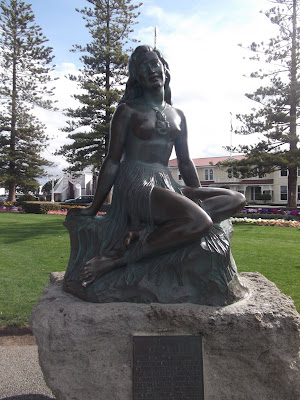 This is "Pania of the reef" she's a pretty iconic statue in New Zealand - a few years back she went missing! Turns out some cheeky monkey stole her but thankfully she was returned good a new. She is pretty kitsch - but I think that's why everyone loves her! 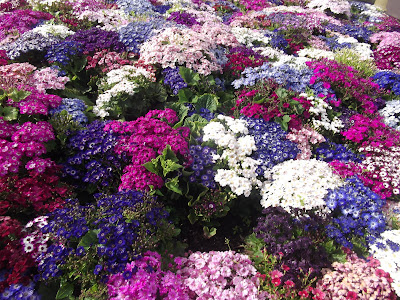 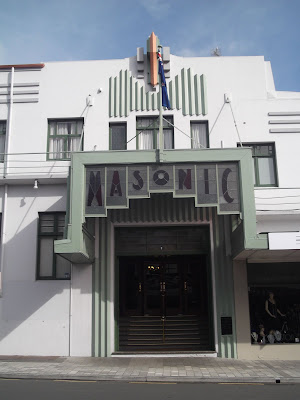 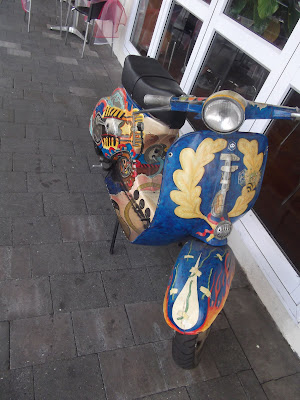 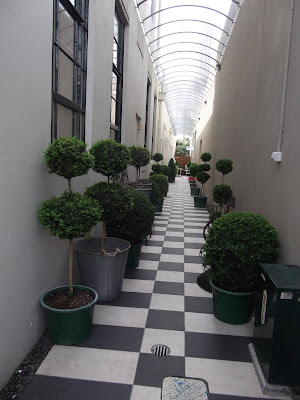 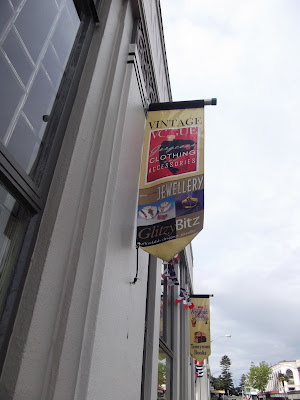 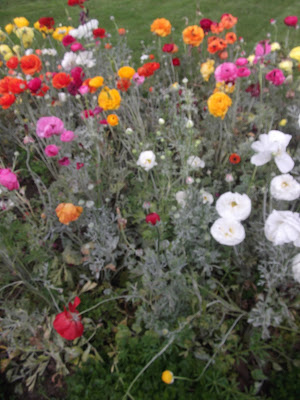 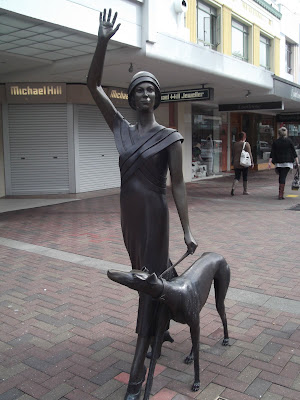 Finally here's Rich at the backpackers we stayed at - The Criterion. I think it must have been a pretty grand hotel in its day and as a backpackers its not too bad either. Some of the old stained glass and other pretty historical things are still in the building. 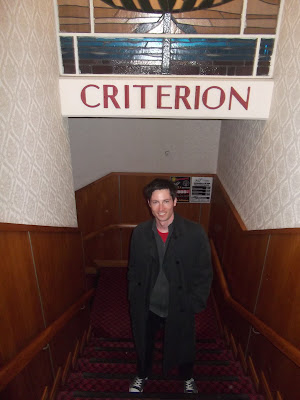 Well that's the end of day one of the trip - I still have more photos to share as I like photos a lot! So I will be back shortly with more I promise xoxo
Posted by Trees at 3:54 pm

everything looks so pretty! what would happen if i ate that 16 year old chocolate bunny? ;D

Napier looks absolutely wonderful and the scenery is breathtaking. I love that Deco bronze of the elegant lady with her greyhound and you and Rich look super cool, too. x

oh man that chocolate bunny is 16 years old! was it moldy? how strange? the views are so beautiful, i want to go hiking there! sounds like a great time, i really really want to go to nz one day!
xo,
cb

Looks like a fun trip! :) I haven't been to Napier yet. It looks like a pretty city though :)