I have decided that I really, really want to sort out my roller derby name sooner rather than later.

A couple of nights ago when I was walking home, the name Cupcake Death came into my head, shortly followed by the thought that Death Cupcake may in fact be better.

A couple of friends like the name, but another friend said it's cute but doesn't flow which I do agree with.

The other issue is, what would the name Death Cupcake be shortened to? Deathy? Cuppy? Neither are good!

Maybe I should just keep thinking - but I do like the idea of combining the cute side of life with the dark side of life in my derby name.

At this stage - all comments and suggestions are welcome! 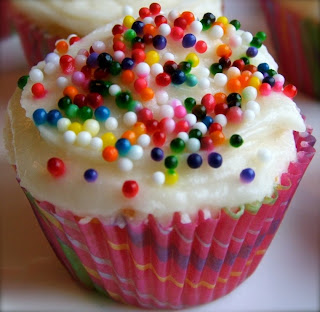