A weekend in Auckland - which included seeing Sonic Youth!!

Last weekend Rich and I spent the weekend in Auckland, so we could head over to the Bruce Mason centre and see Sonic Youth play.

But we also have a lot of friends in Auckland and heard about a cool fari that was happening on Cross Street (near K Road) so we ended up doing a few things other than just seeing Sonic Youth.

My friend Charlotte picked us up from the airport - but she unfortunatly didn't have much time to hang out so we ended up chatting on the way into town and she had to head off to do something else.

Charlotte dropped us a K Road, so we were able to eat and drop ourselves off at the icky backpackers (don't ever stay at the Columbia - it's icky and unclean!).

After dropping our stuff off we headed off to Cross Street which is near K Road as they had a fair on which was really cool - it also included a craft market so we got a chance to look at all sorts of crafty things. There seems to be a lot more fimo badges than usual though and some of them were quite familar designs...hummm....

Anyways - I bought myself a really cool 2 headed giraffee necklace at the markets (which was a little strange because I normally buy softies at markets these days!)

Below are some photos from the fair - must have been one of the coolest fairs I have even been to. 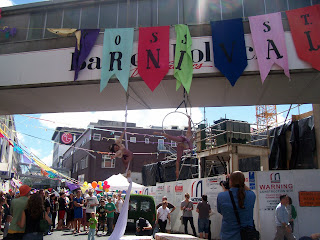 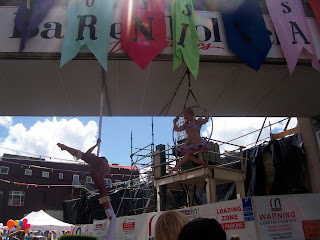 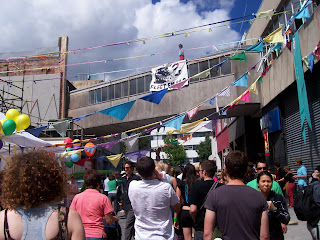 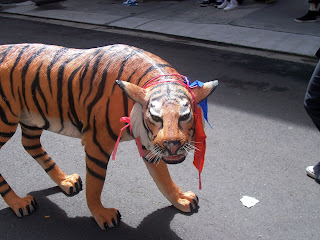 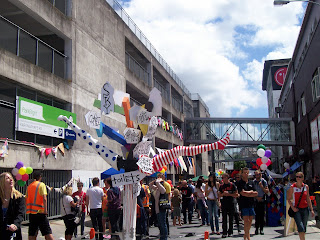 At the fair I met up with my friends Steven and Corey and my other friend Greg who had come up from Hamilton for the day so it was good to see them all and just have a drink and chill out because the morning had been one of those mornings where you felt exhaused even though you knew you hadn't actually done that much.
After hanging out with the guys I went and met up with Rich's sister, brother in law and nephew and went out to their place which was near the Bruce Mason Centre in Papakura so we managed to get a lift out there - transport problem number 1 solved.
We hung about for a while - had some dinner went for a beach walk and then headed over to the gig. 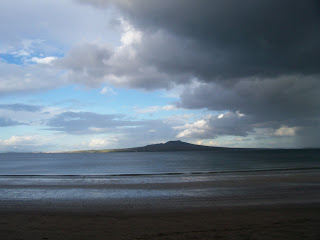 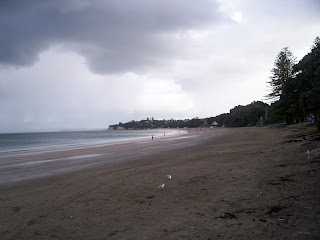 The warm up act was a bad called "The Dead C" I hadn't listed to these guys before but I knew they had been around forever - they were pretty cool and a good warm up act for Sonic Youth because they were kinda noise rock rather than anything too melodic. 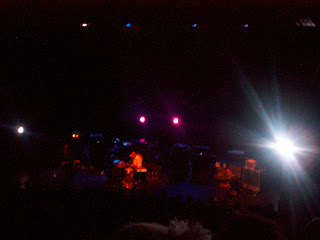 Then it was Sonic Youth - hurrah! They were fantastic they played their "Daydream Nation" album in it's entirity and then came back to play too encores and pulled a fan up onto the stage and he was so excited he decided to hug the whole band - warm fuzzies all round. Oh and I bought a funky Sonic Youth Tote Bag:) 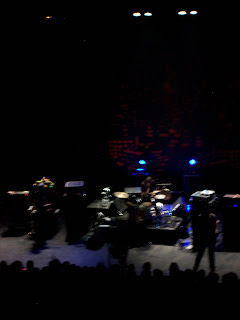 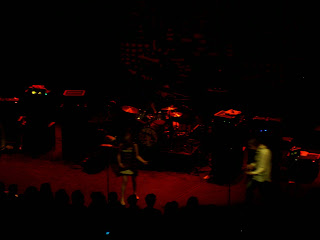 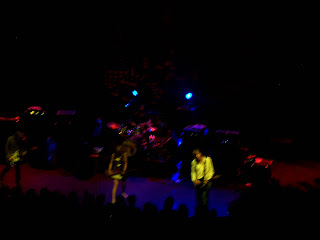 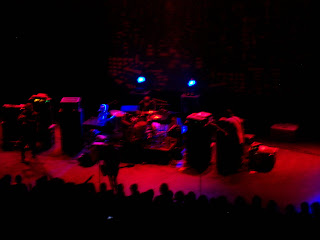 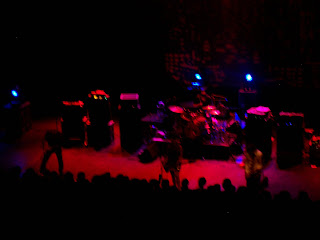 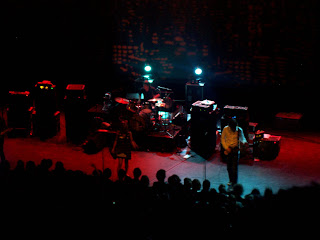 Although the concert was great - post the concert was a bummer. We had missed the last bus to the city from the North Shore which left at 11.10! (no wonder people complain so much about the transport in Auckland - pretty poor show for the largest city) But eventually we managed to get a taxi van will some other people (after much stress!) and it did only cost us $5 each to get into town.
So that was my weekend in Auckland - in conclusion - Fair, Dead Sonic Youth, catching up with friends and Dead C all awesome. Public transport and backpackers - very LAME!
Posted by Trees at 5:10 am