Well - here they are - I'm finally going to start putting up some of the pics from my xmas adventures. I doubt I will get all of the pics up in one sitting because there's a heck of of lot of them, but hey, it's a start.

My holiday started way back on the 15 December when I flew up to Auckland. I was orginally going to spend the day with Martha but she wasn't very well. So instead I just went into the city - I had lunch with Conor & Alaina. Which was cool because I knew I would only see Ally a couple more times before she went off to live in Melbourne.

After lunch I had some time in central Auckland to myself - so I decided that I'd have a wee look around. I got to check out the Aotea markets for the first time ever which was really cool - some real rubbish there but some awesome stalls as well. I also got to go to K Road and visit some of the cool stores there, including of course, The Misery Boutique(where I got a cute bag to take the civil union).

That evening when Conor & Sue finished work we went out to a yummy Thai restaurant, after which, I had to take the bus to Hamilton!

Anyways - here's some photos of Conor, Sue & myself taken on the balcony at their appartment. 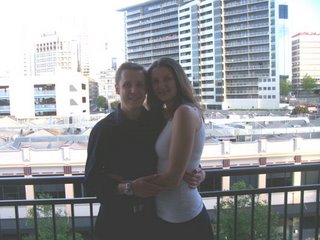 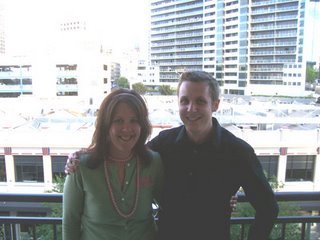 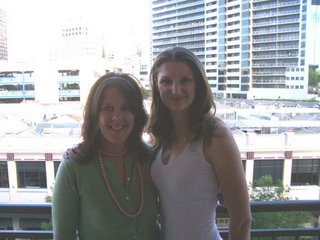