Last weekend I got up early (well early for me on a Saturday) to head out to Island Bay to check out a fabric fair at one of the local churches.

Island Bay is one of my favourite suburbs of Wellington (hello sea creatures!) and it turned out I was the only non-Island Bay person to go to the fair. I didn't realise so many WSBN people lived in Island Bay. 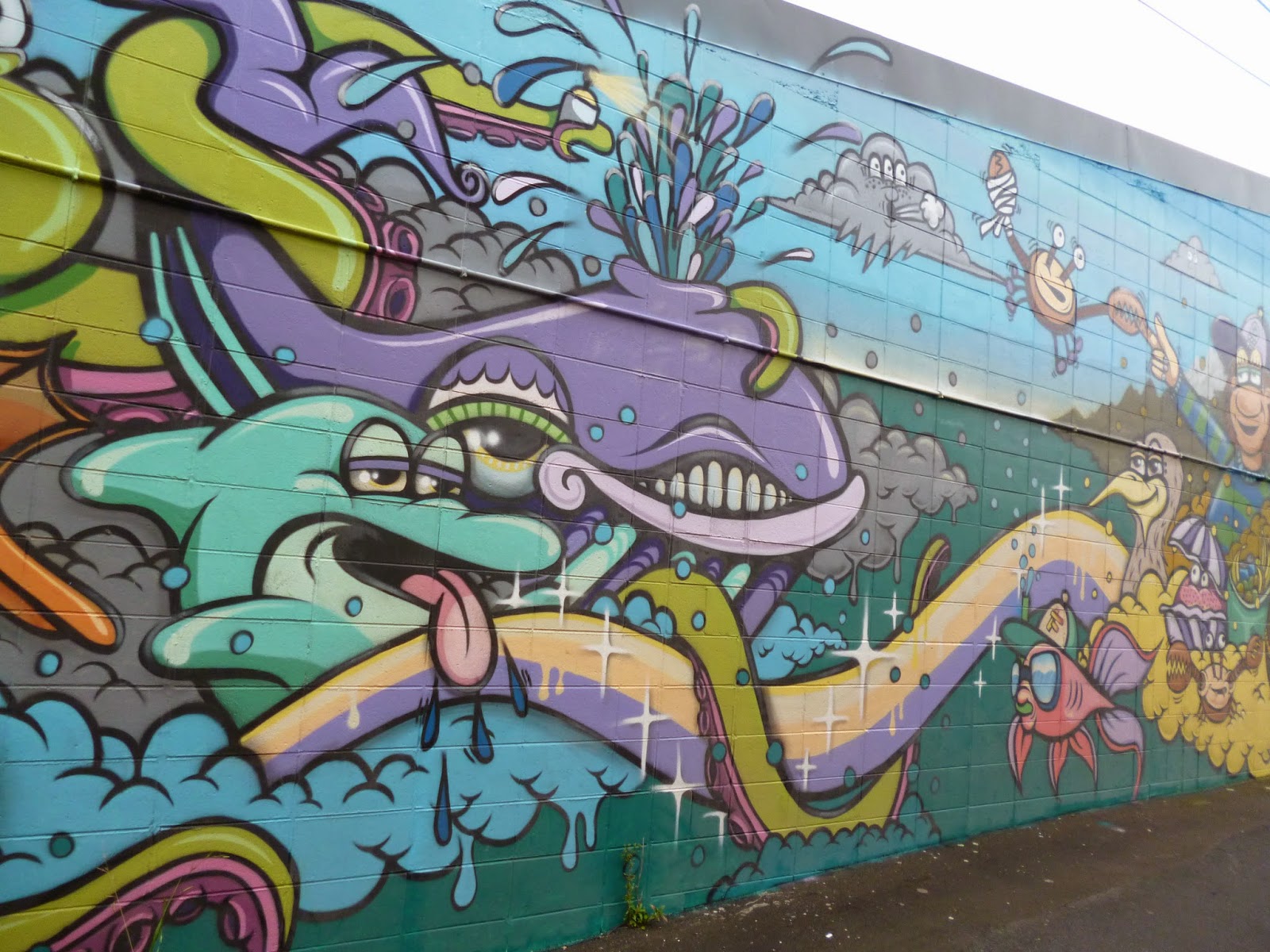 The church was located near the shops, which meant it was easy to find and by some kind of miracle I was actually the first person to arrive! That NEVER HAPPENS..... 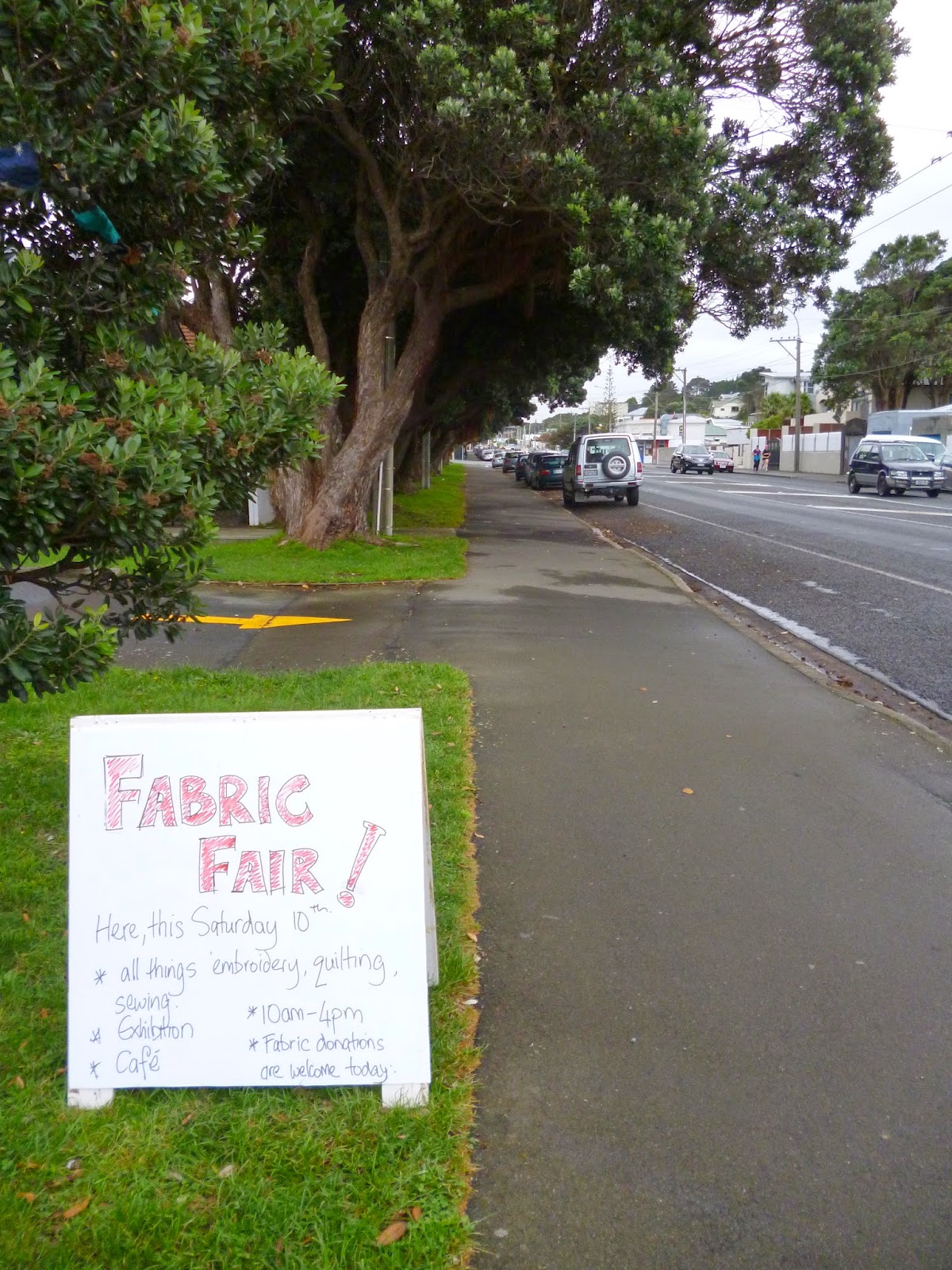 The fair was very much a jumble sale, some things had prices and some did not so you had to find someone to price certain things for you. One of the church ladies told me she was happy to haggle the price over things with me - but if you know me at all, you will know I hate haggling! I just want to know the price already. 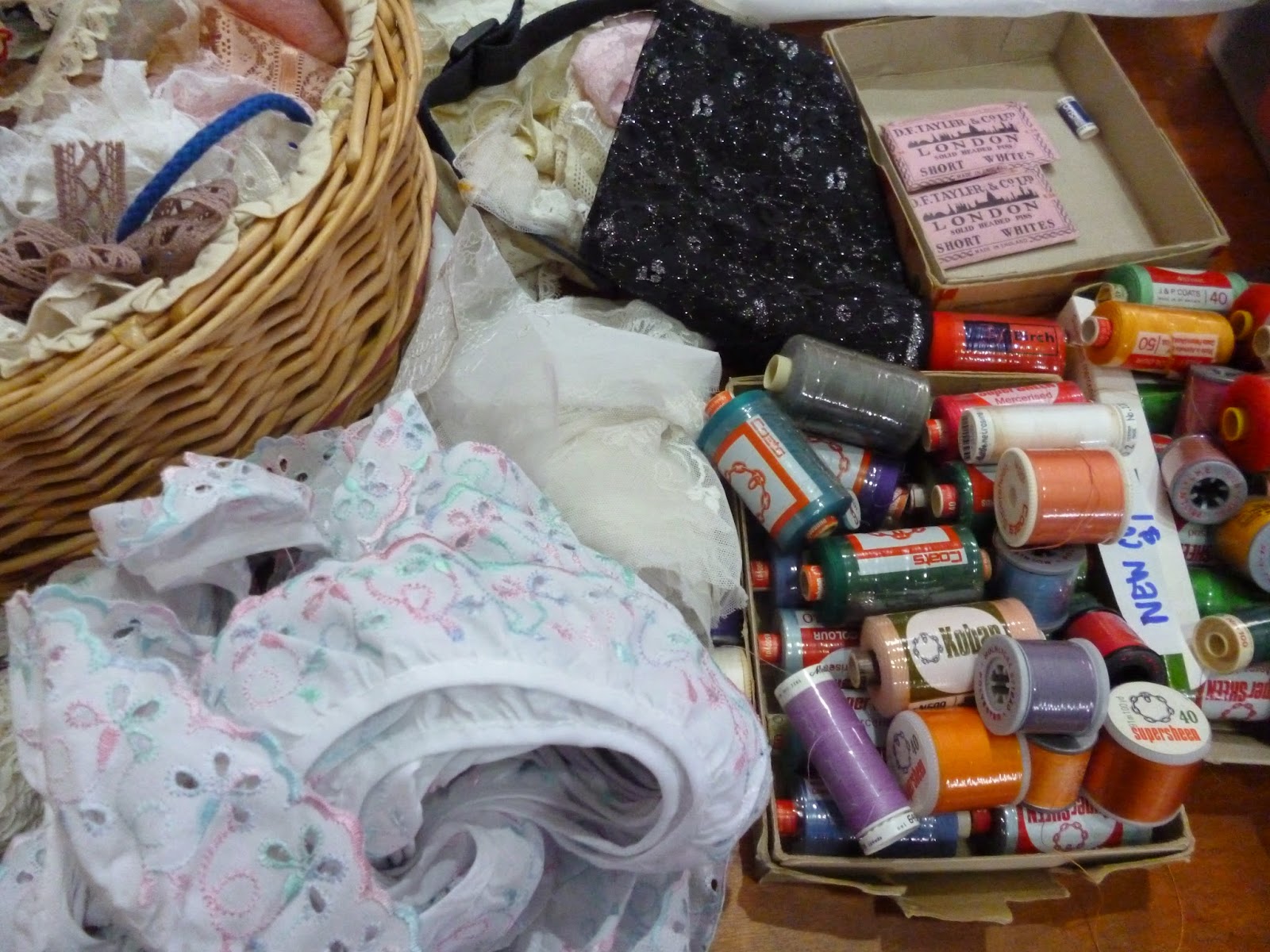 The market was kind of divided into two halves - one half being a stall for the church and the other half being the local arts and crafts society. However, there was no sign to tell us this! So things did get a little confusing. 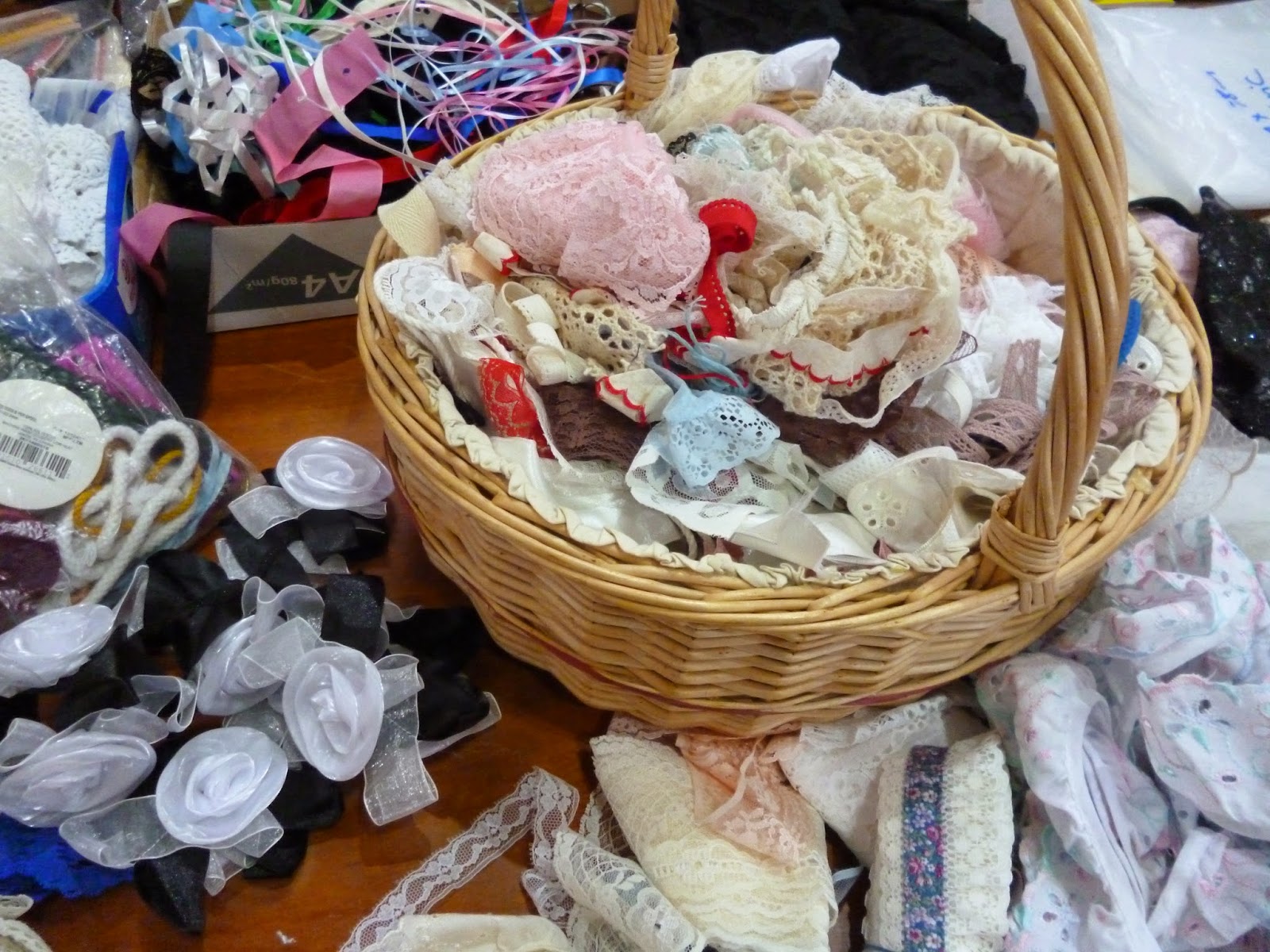 Despite the general confusion, it was a great little fabric fair. It obviously wasn't as well organised or as coherent as something like fabric-a-brac, but it was a lot of fun and there were a lot of treasures to look through. 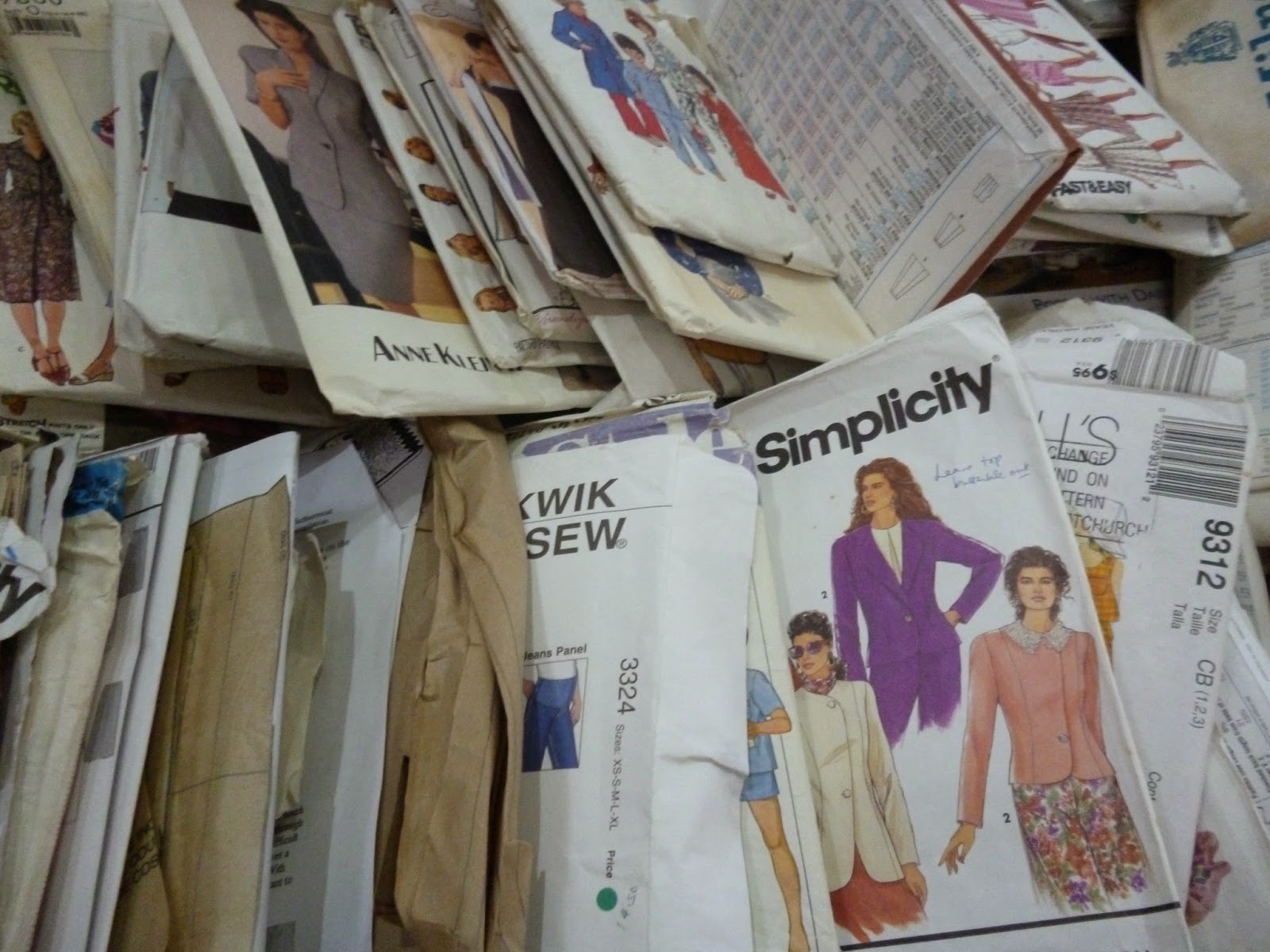 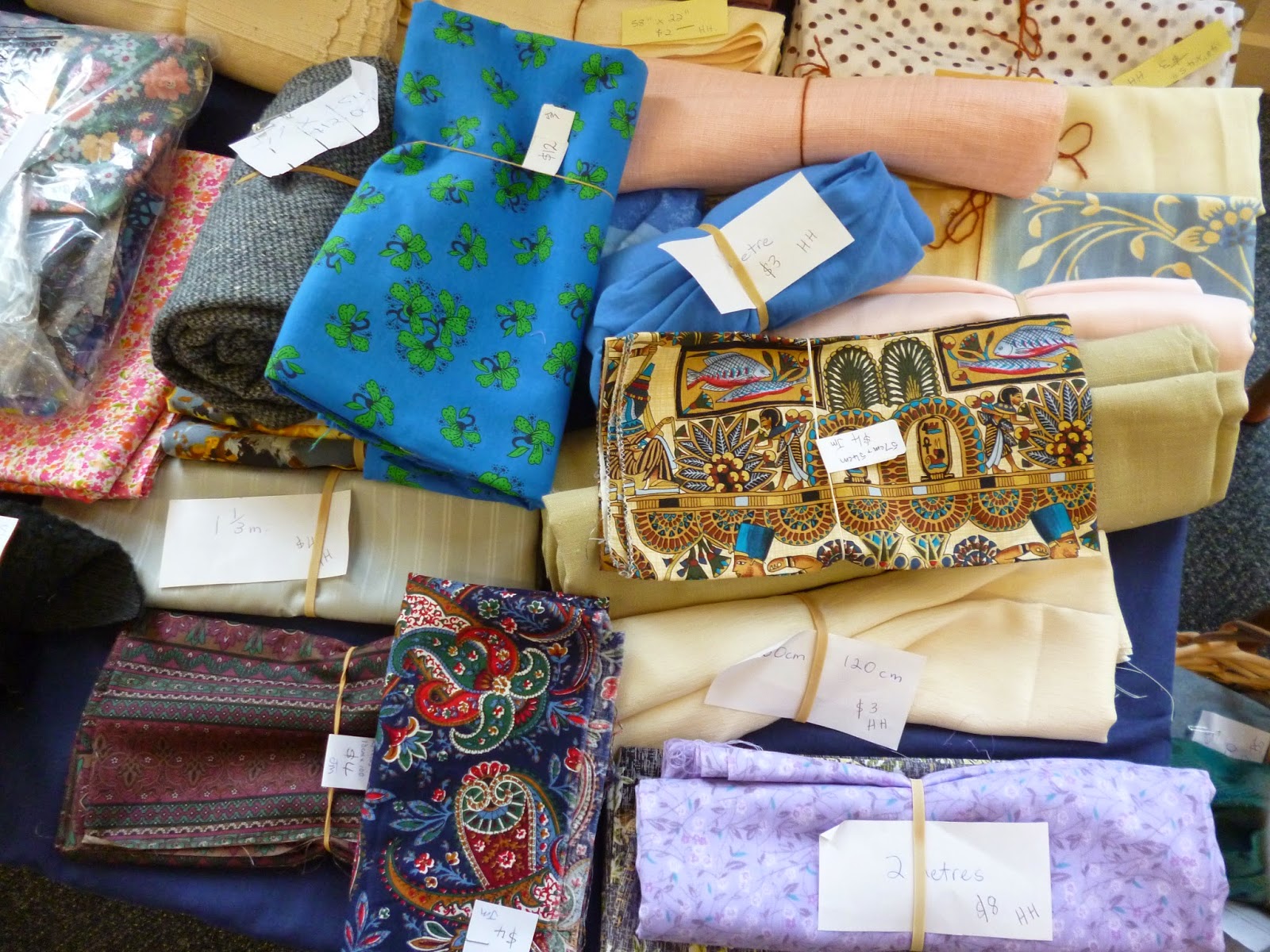 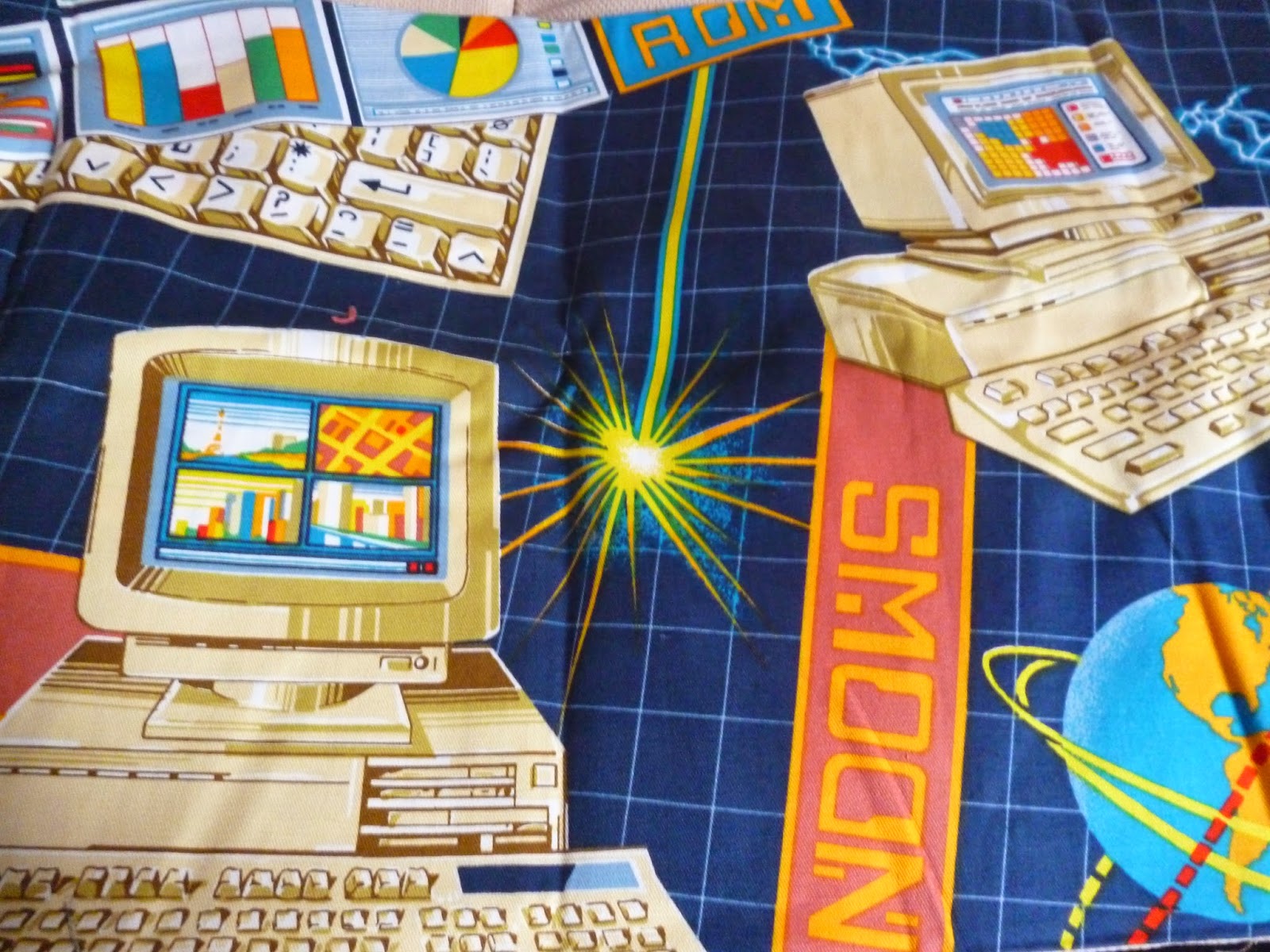 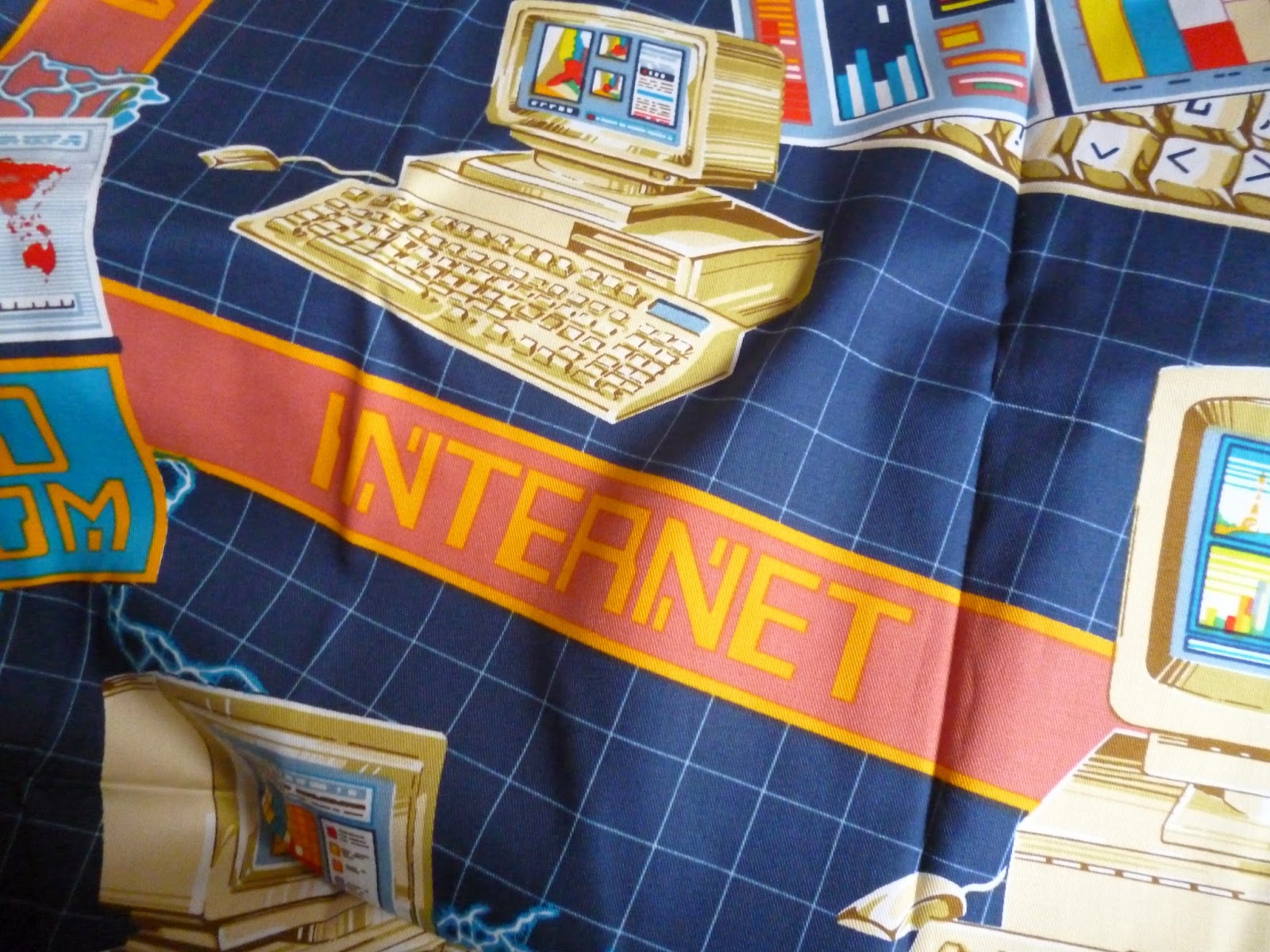 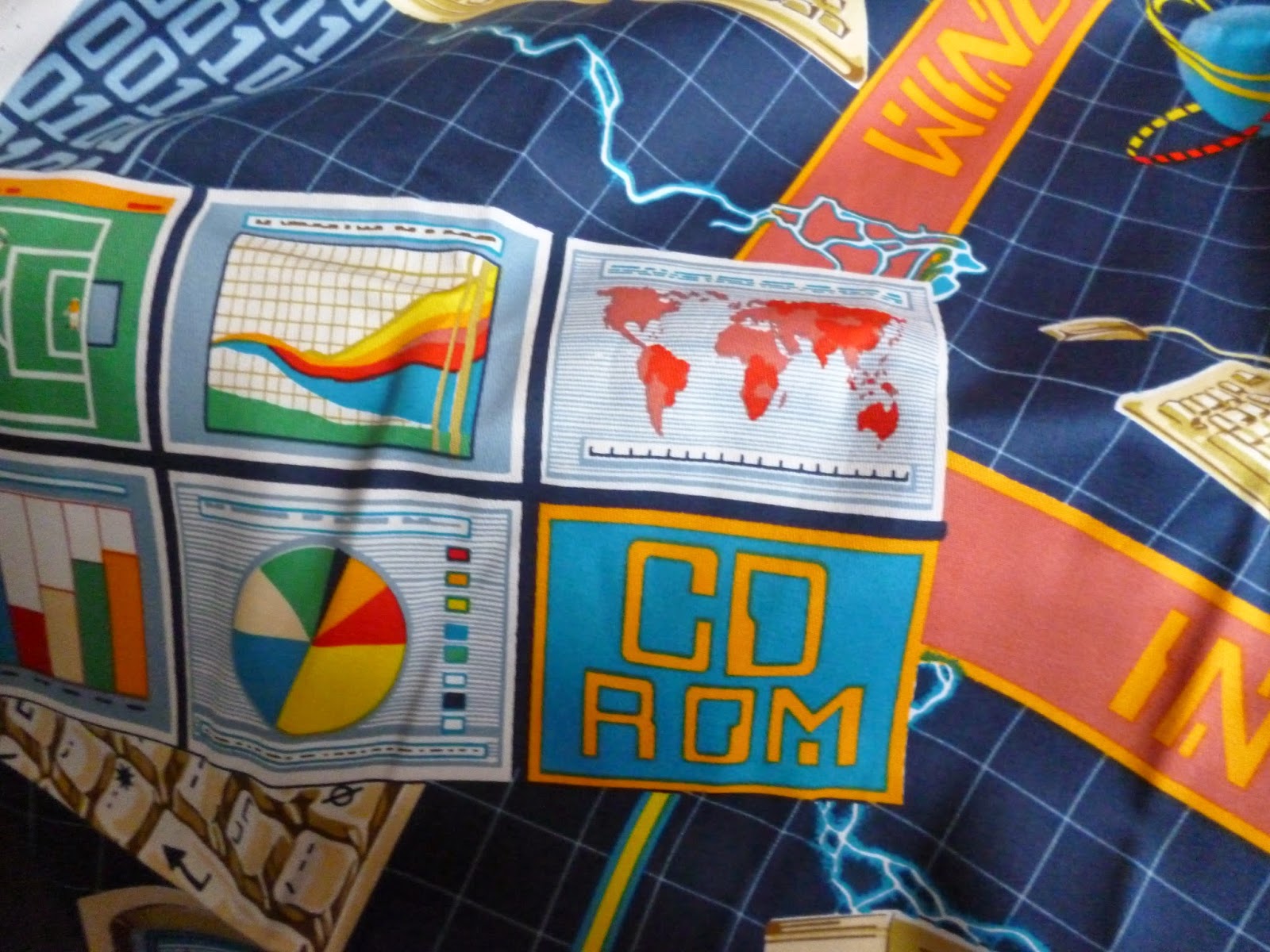 Seriously, how good is this fabric? The lady I bought it from said she had originally used it to make her son's bedspread with (she told me he's 26 now). I'm both excited and torn by this fabric - there's enough for a dress - but would that be too FULL ON even for me? Would a skirt be better? First world problems.

It's hard to believe, but I  also picked up some other pretty fantastic fabrics at the fair - I got around 2 metres each of these fabrics. 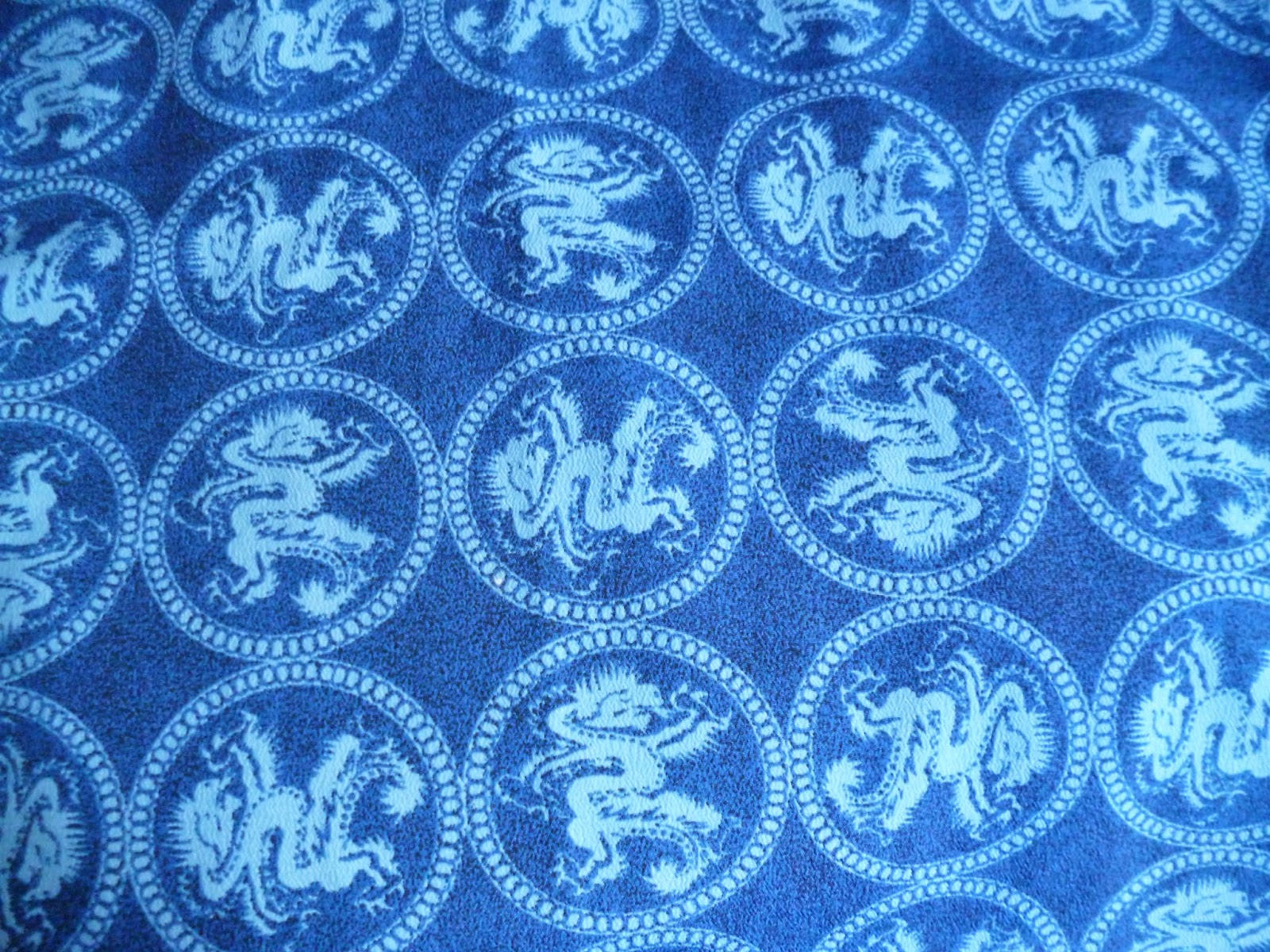 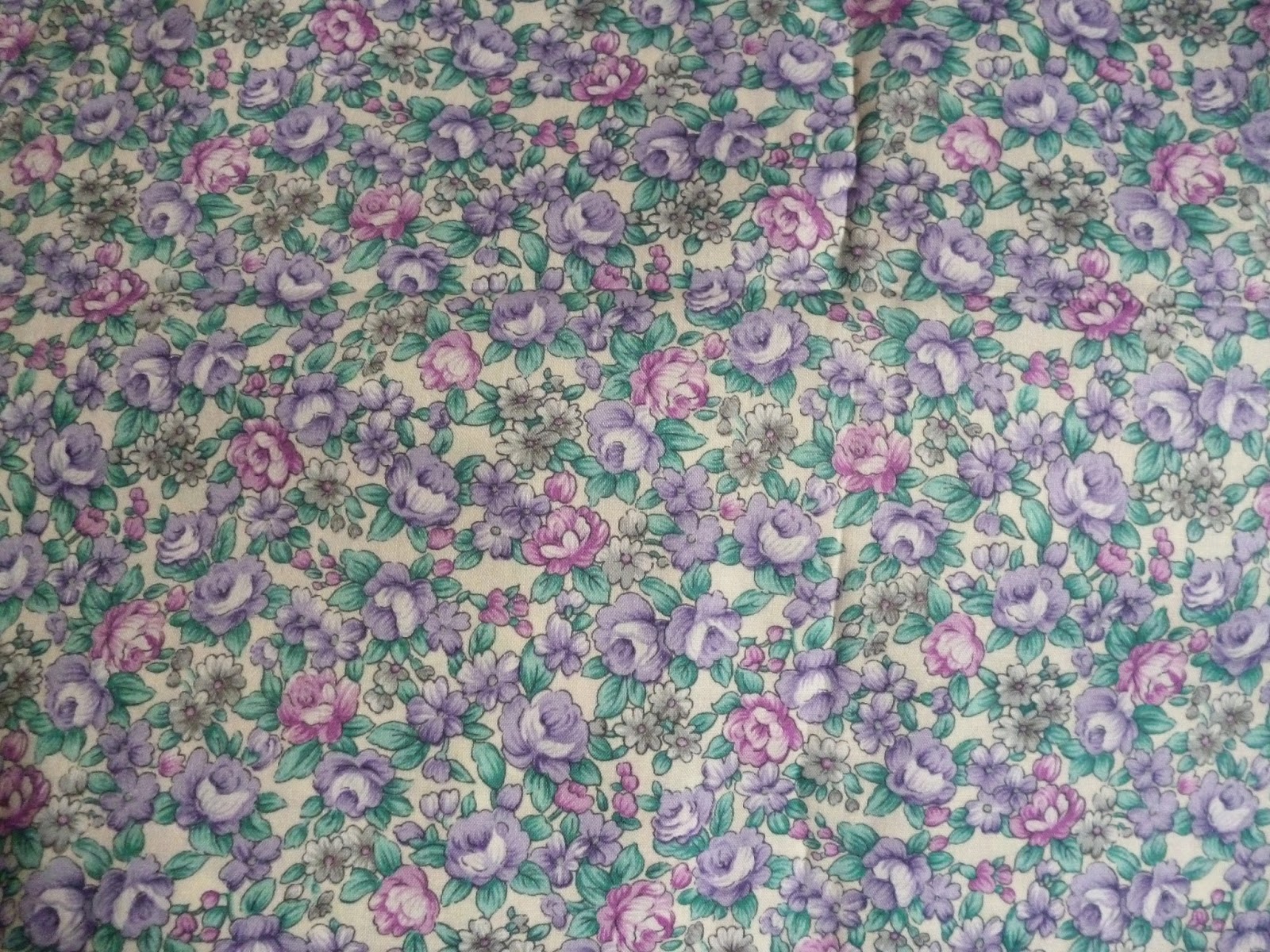 I also got around a metre of this really cute cat fabric, I think I will make a top from it. To be honest it cost more than I would normally pay for fabric at a fair/second hand. But it was just too cute to leave behind. 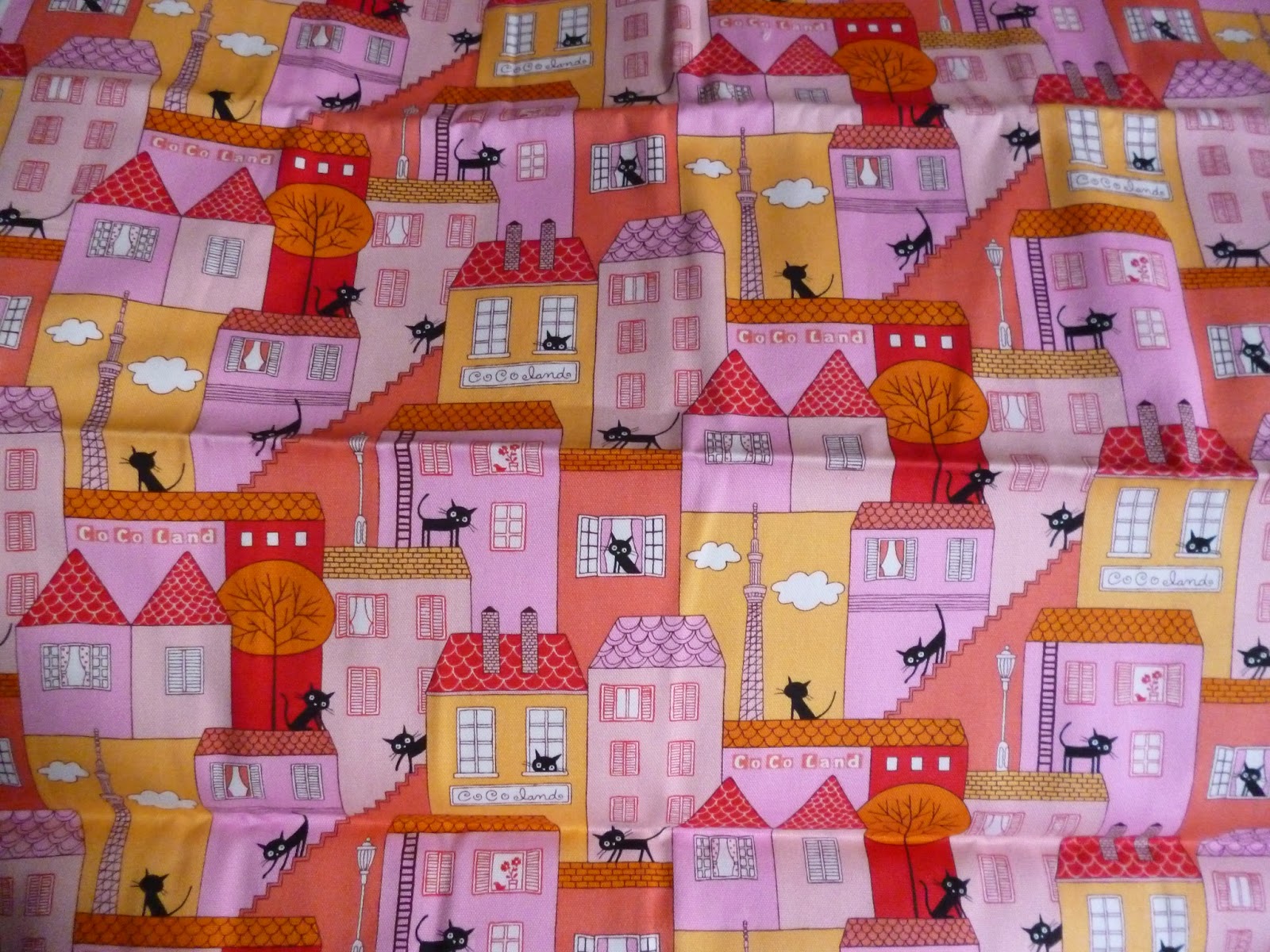 Even the selvedge is pretty adorable - tiny cats! 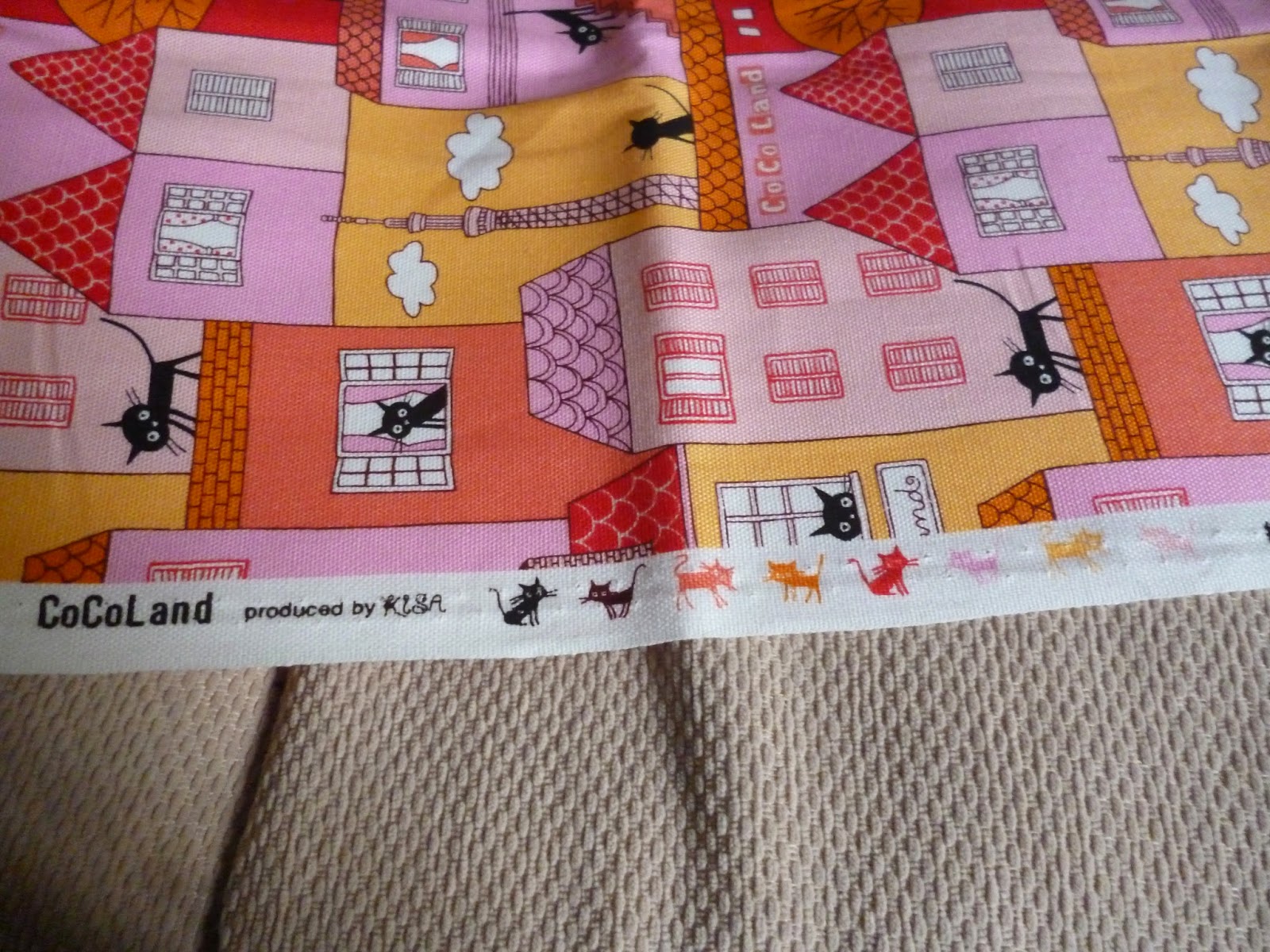 This little fair was a good place to pick up notions and all the other bits and pieces you always end up needing when your are sewing/crafting. Here's what I bought - embroidery floss, vintage look buttons, pins, some red thread and I actually think that little dude may be a coaster! I'm going to use him as a patch. 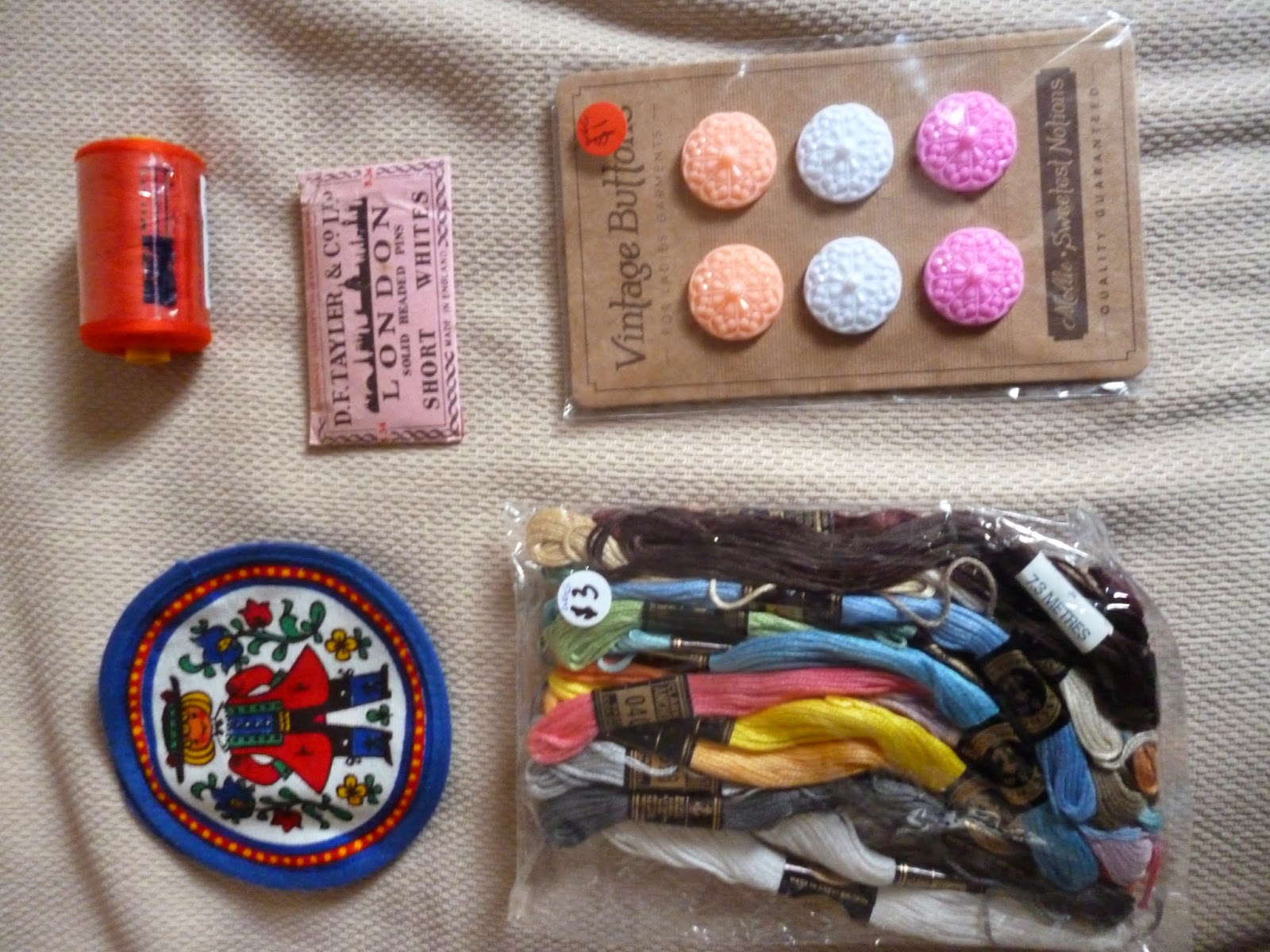 Finally a close up of that packet of pins - because its kind of incredible. I wonder how long they were sitting around unused in someones cupboard. 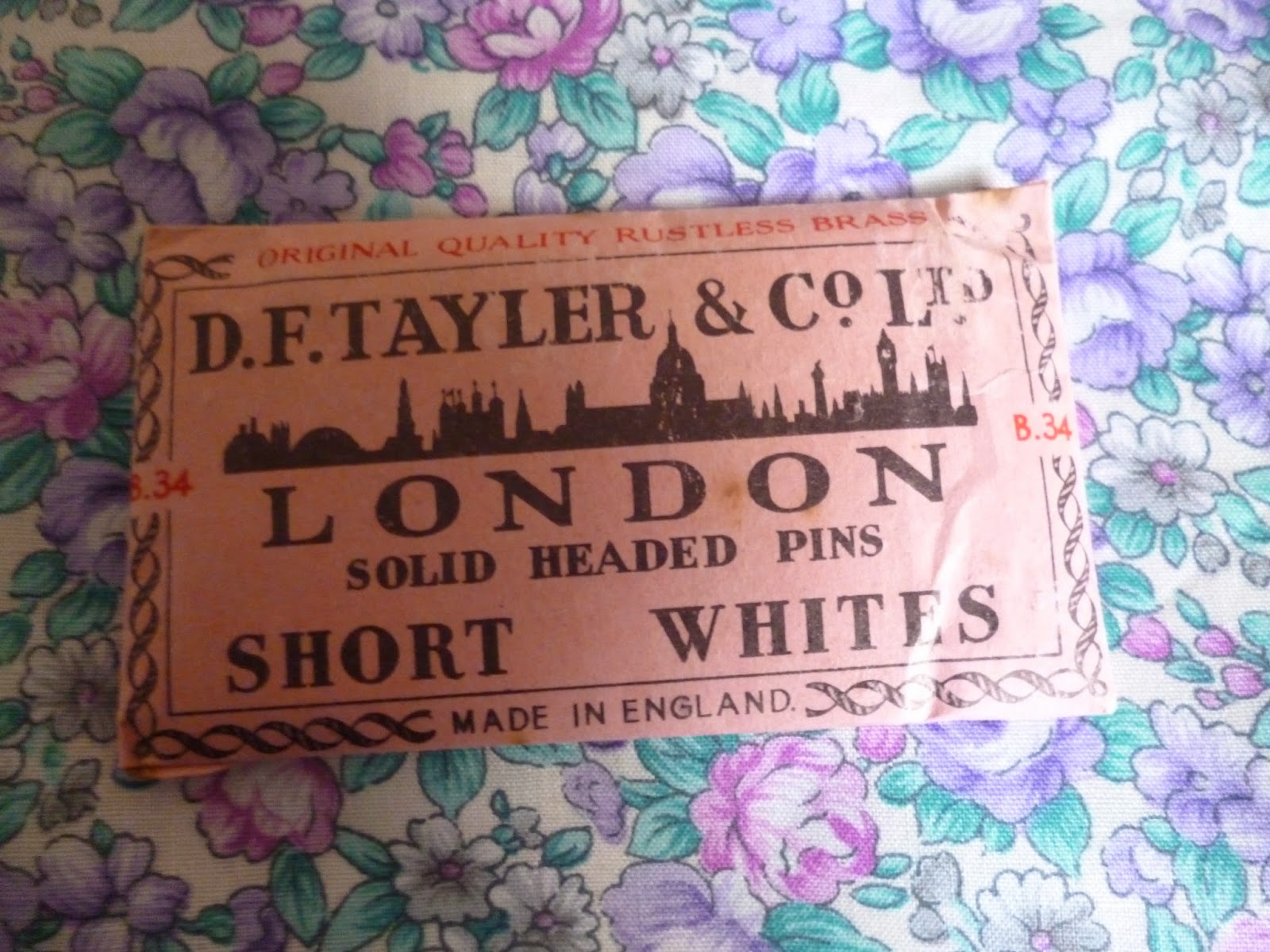 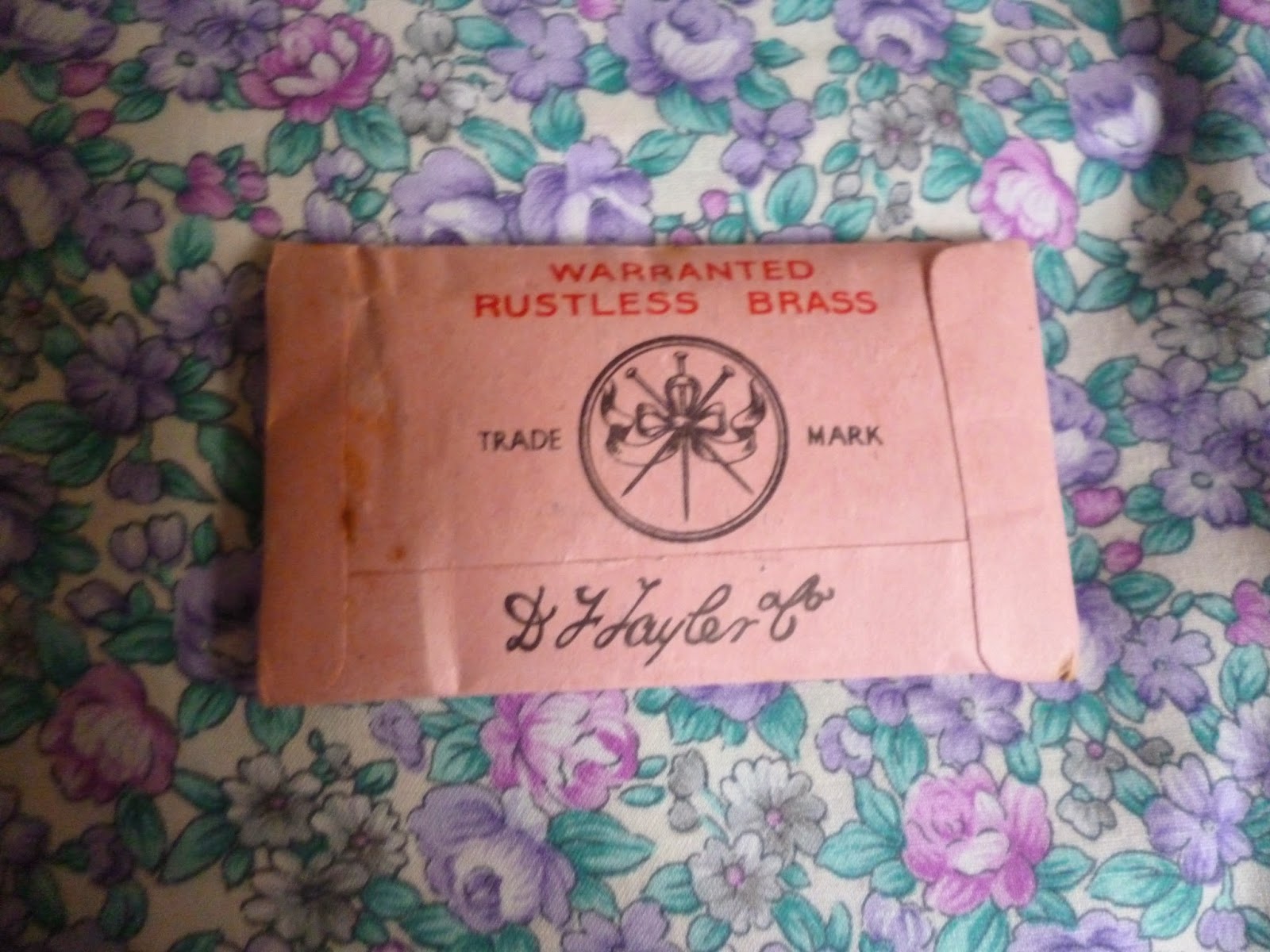 I've decided to make The Stylist a winter cape (I know, Brisbane winter haha!) and do you think I can find a reasonable fabric shop here, let alone a fabric fair?!!! God I wish I'd been able to go with you, what a fantastic sewing-fest you've got ahead of you Trees! Absolutely amazing haul you've got there and I too adore the 'puter fabric and the cats on the rooftops:). Those pins! Isn't it amazing what people keep? xoxoxx

How is it that you always get to have such awesome finds?!?

Ahh! Treasures! Wish I could have made it :) love that floral and I could see the awesome 90s fabric as a dress! Maybe you could use collar blocking or solid-coloured details like a collar or waistband to tone it down from being too crazy? :)

I think that computer fabric would make an amazing dress. That is so geek/chic/cool. The cat fabric is pretty rad too. Where do you keep all of your sewing stash? Xx

Argh! Now I'm gutted I didn't make it. Still, I have all the stash I need if I'm honest with myself. Your haul is awesome! The computer fabric would totally make an awesome dress! Not too OTT at all. But my taste is questionable :)

The nineties fabric is amazing! That's going to make the coolest dress or skirt and I can't wait to see what you turn it in to! It would also make a pretty awesome table cloth; at least I think so! xx

well this is adorable! i love church basement sales! that computer fabric is the bomb (dot com). you HAVE to make a dress! i love that it says CD ROM! i also love the word notions. and also notions. i love it all tonight! <3 <3 <3