Recently I picked up a pretty great sewing book called "Sew Everything Workshop" at a second hand bookshop in town. The book came with patterns and I thought it could be a bit of a risk buying a book like this second hand - what if only half the patterns were there? Or if they were there, but had all been cut out in the wrong size? I decided to buy it anyway as it seemed to have a lot of great general sewing information. If the project patterns weren't all there I could deal with it.

It turns out that ALL THE PATTERNS were still with the book and un-cut! I decided to start with a patterns called the "Easy Breezy Wrap Skirt". It's a very simple little wrap skirt, but it does have a really lovely shape. 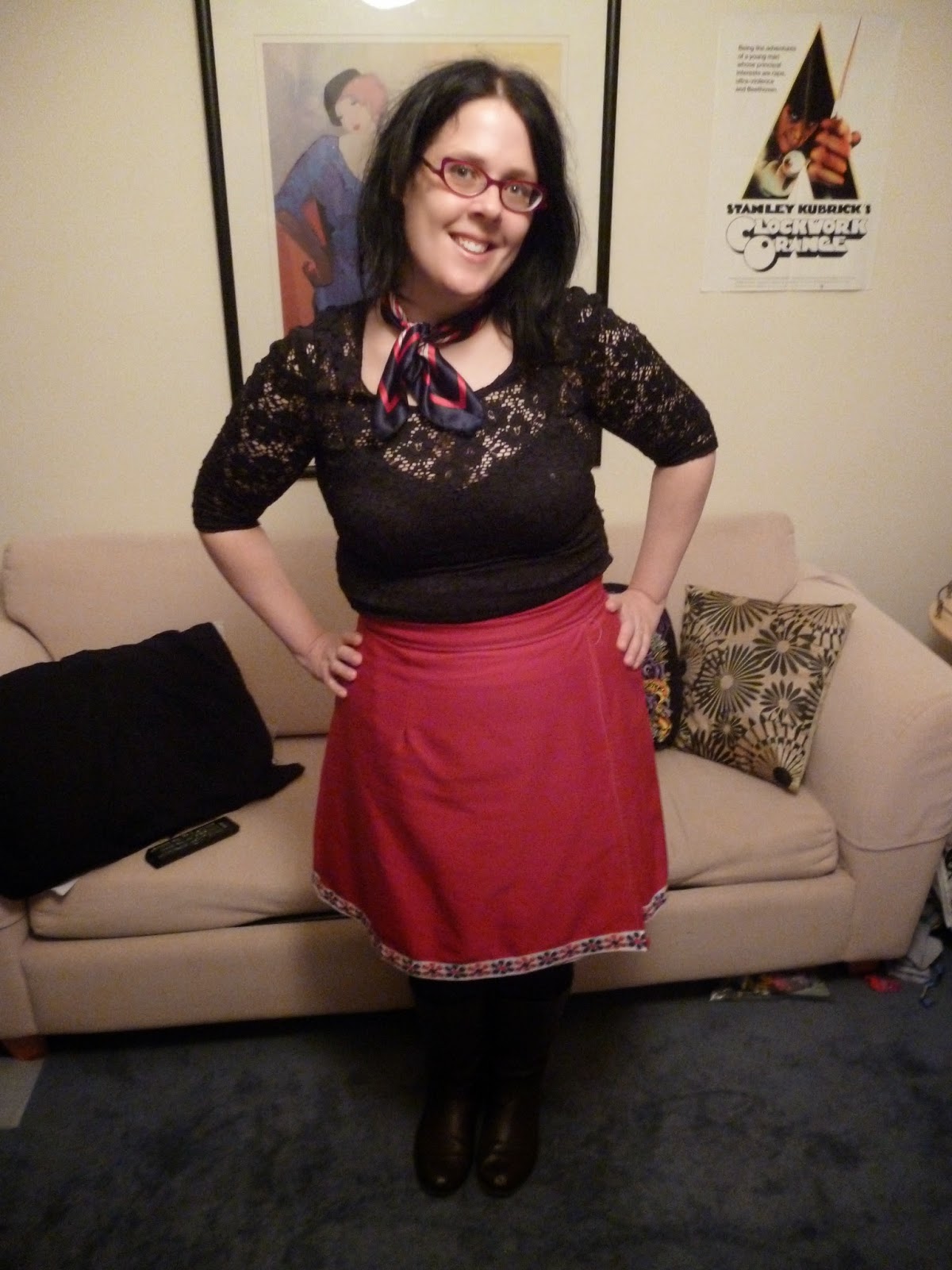 So the perspective of this photo is kind of messed up and my head looks freaking HUGE - maybe its just because its filled with so many brains. 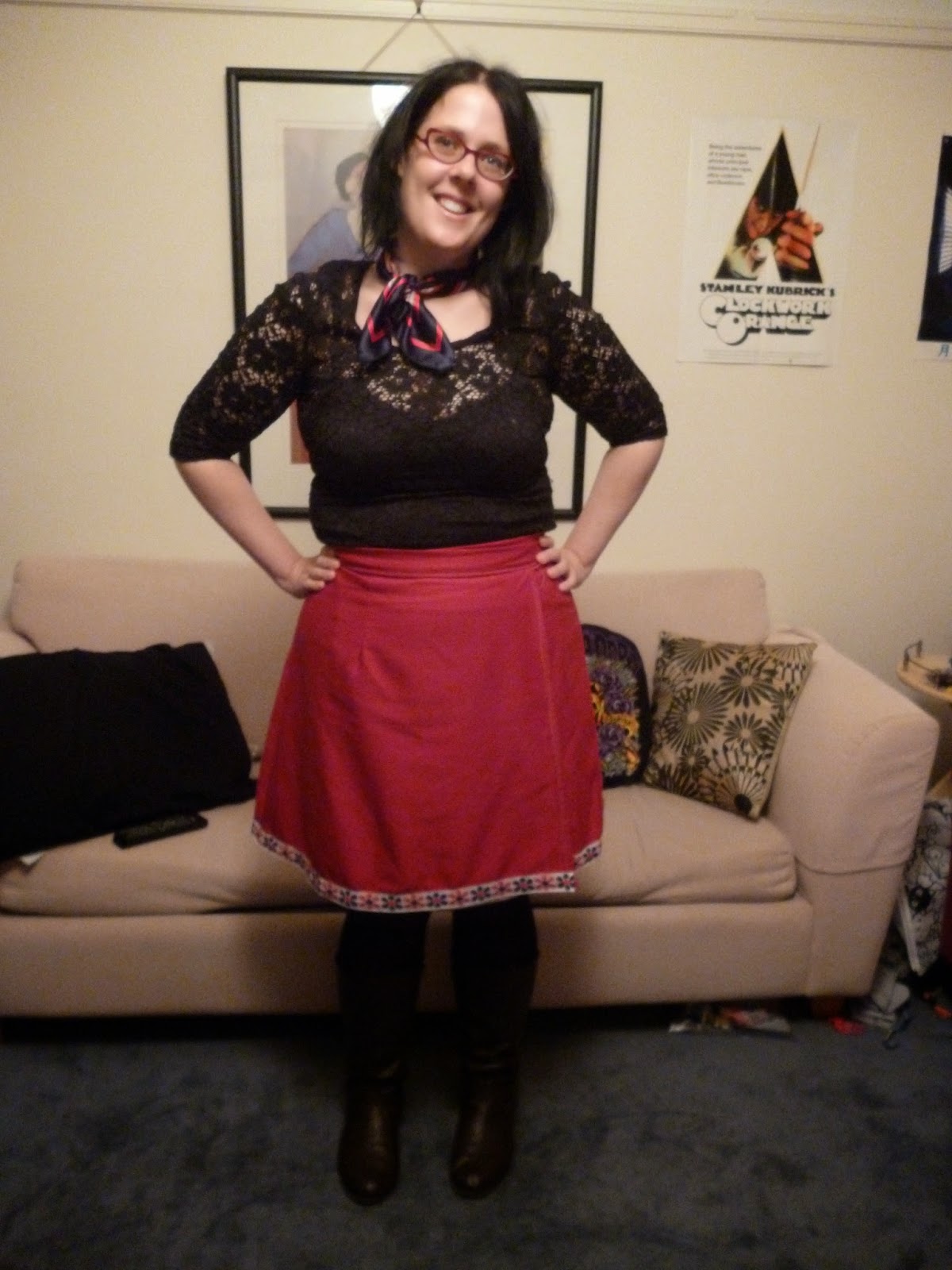 I made the skirt with some fabric that Emi gave me - when I started out I was kind of like "what a great idea, I'll make a plain red skirt, because every thing I make is patterned - I need some basic me made pieces".

Then when I finished up I decided it was the most boring skirt I've ever owned and quickly dug out some trim I had (20 cents from the hospice shop in Levin) and sewed it around the bottom of the skirt. 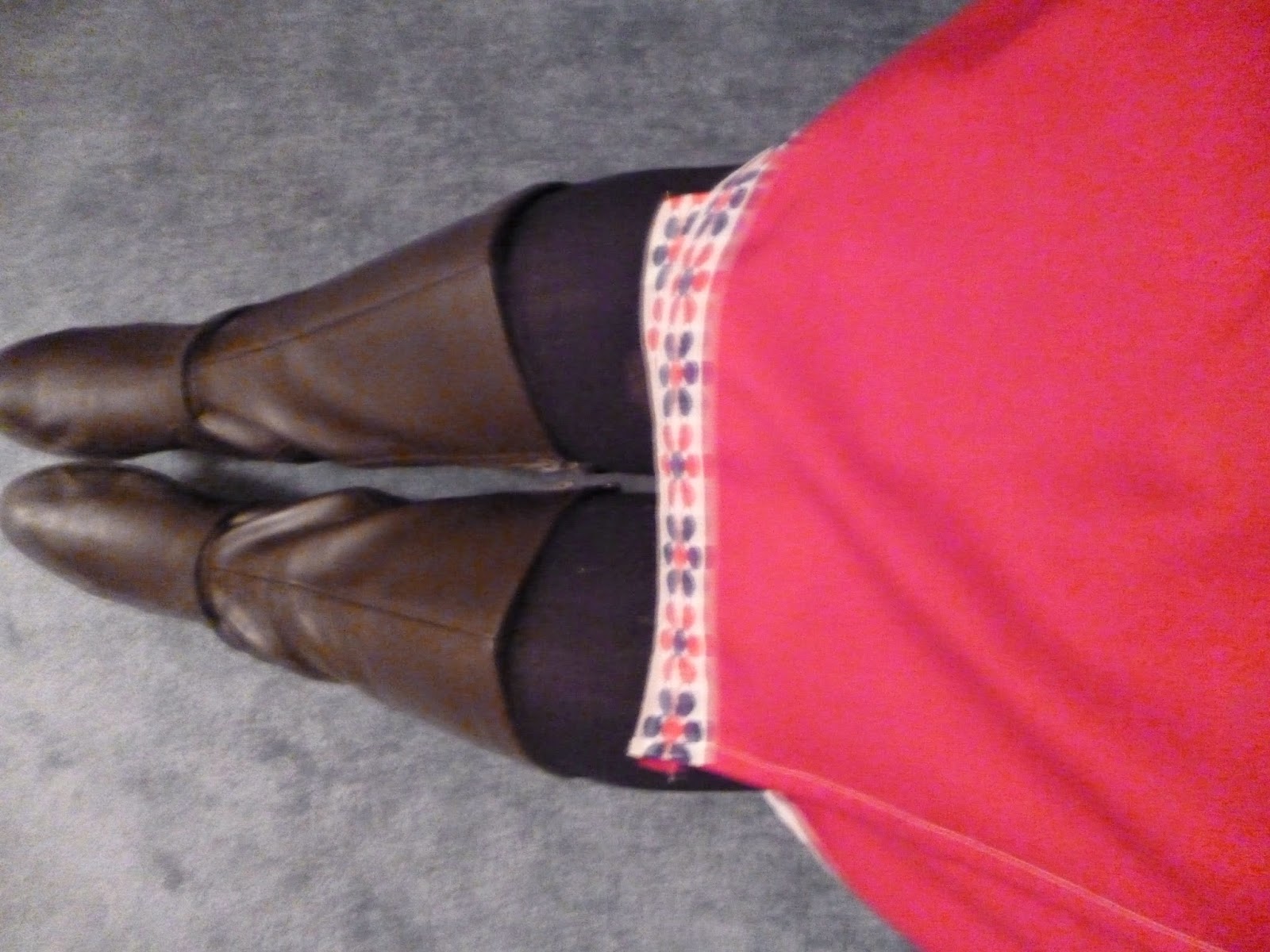 Trim makes everything better......also I decided that I rather liked giving my creations names after the "put a bird on it dress" and I decided this trim was rather folksy, and therefore its my folksy lady dress.

Obviously when you think of folk - you can't help but think of "the almost award-winning fourth-most-popular folk duo in New Zealand."


I hope you have all been having a great week!
Posted by Trees at 4:00 pm

Labels: folksy, Me Made May 2014, Sew Everything Workshop, sewing, skirt, trim

The trim is fantastic! I think you'll get heaps of use out of this, it looks great!

The posters in Murray's office make me giggle 'New Zealand - don't expect too much and you'll love it'. I seem to remember there was one that said 'New Zealand - it looks a lot like Lord of the Rings'. - Bernice x

That style skirt looks fab on you. And the addition of the trim makes it even better. Xx

trim DOES make everything better! <3