It's been long weekend here due to Wellington Anniversary day - unfortunately the gift we received today was another earthquake, I was at Ria's house for the afternoon sewing and the earthquake wasn't too bad - but it went on for a LONG time. We are all safe and well, but it does seem like there was some damage in other parts in the country.

I think that's enough about earthquakes for now - lets talk about more important things like sewing. I have had a pretty productive weekend sewing, I completed another Laurel dress and I thought I'd share it with you all as I think it looks pretty darn good. 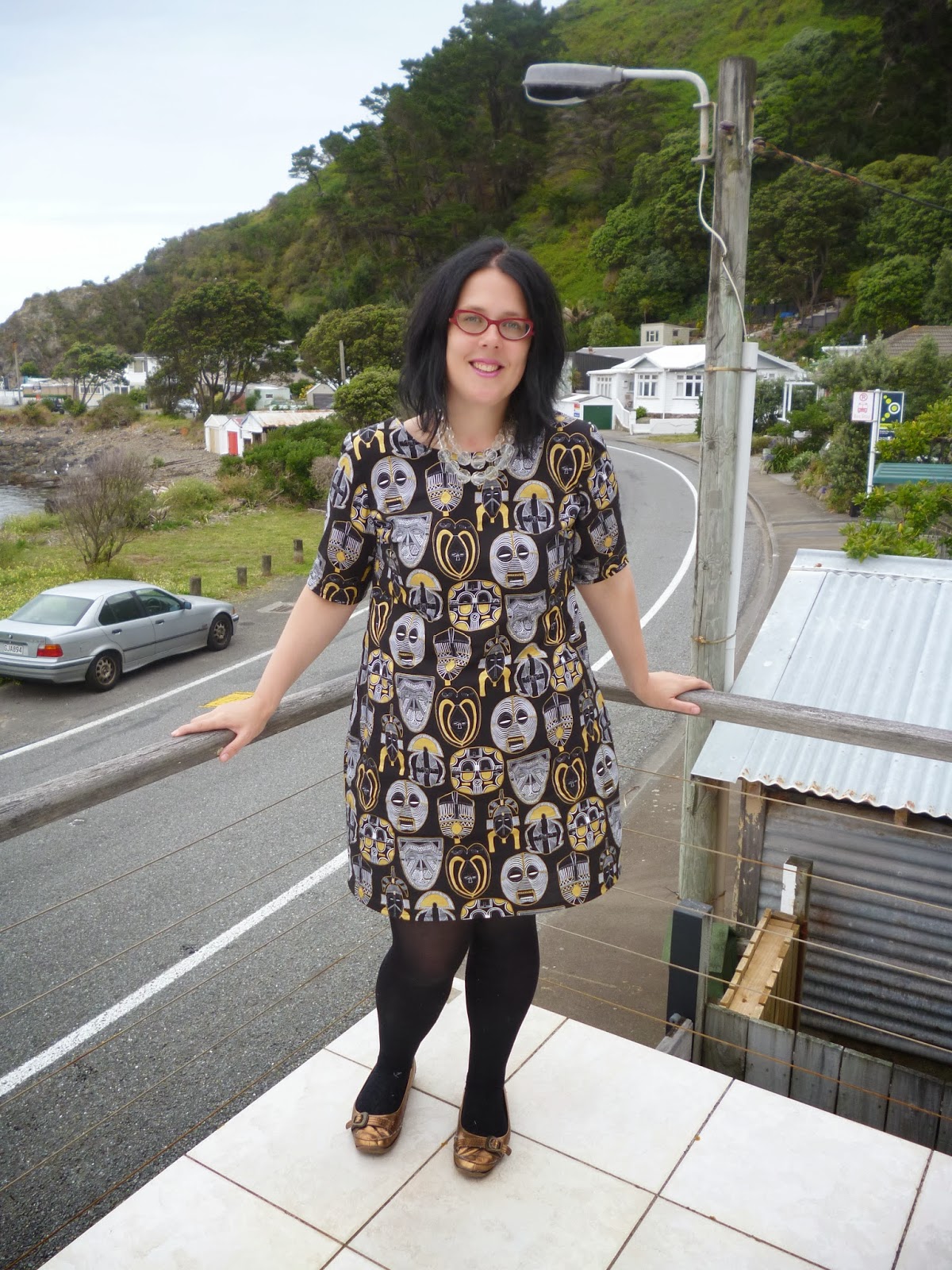 Ria lives out at Breaker Bay - so her view is a little nicer than our car park which is overgrown with weeds! 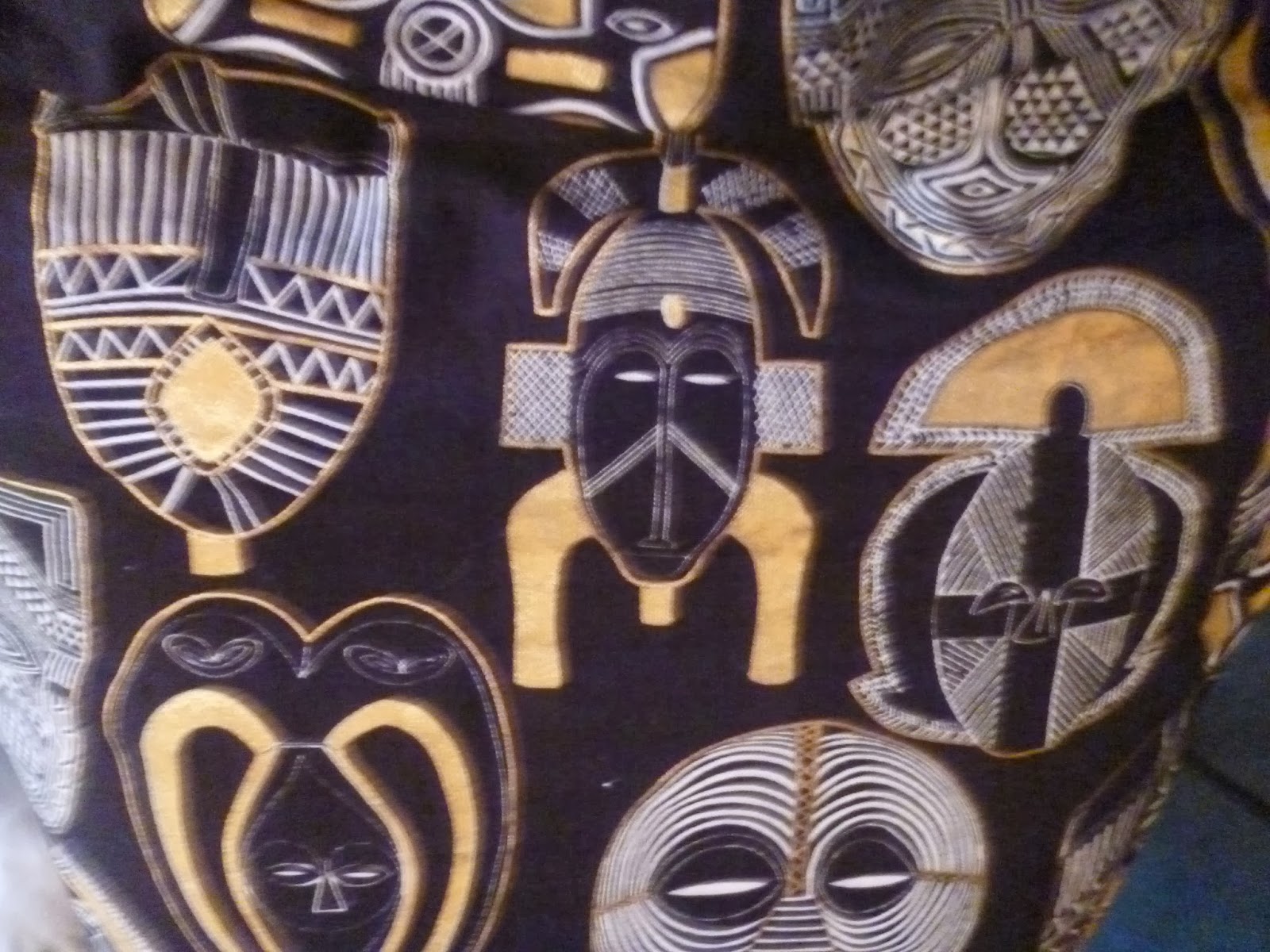 I found this fabric at the Arthur Toye closing down sale (the last day is 31 January - I'm so sad to say goodbye) on Friday and decided I MUST have it. I guess I MUST have loved it more than I thought as I bought it on Friday, washed and pressed it on Saturday and cut out and sewed up the dress on Sunday. 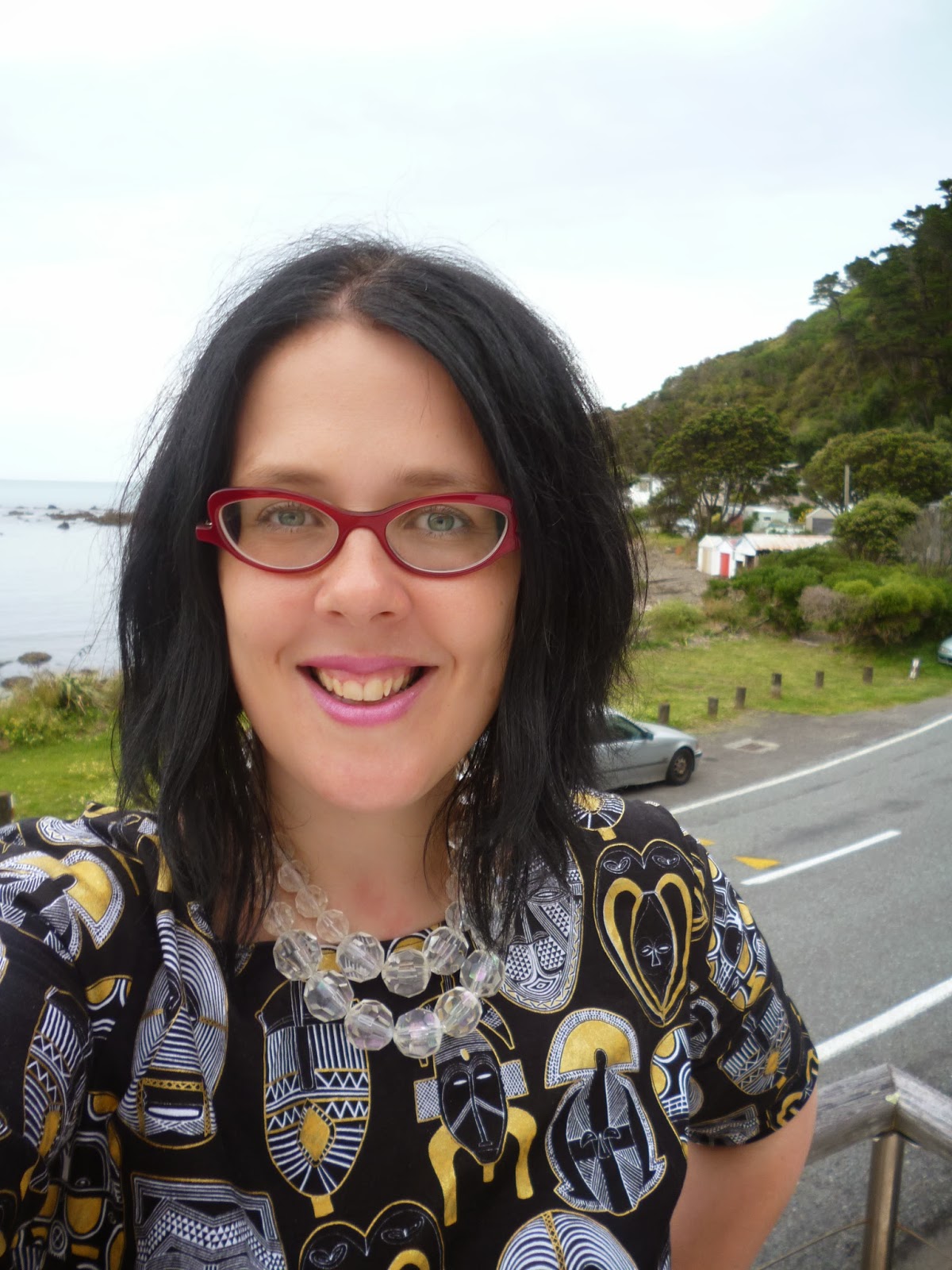 The other projects I have been working on over the weekend have been a version of Christine Haynes Derby Dress made from very cute squirrel fabric. This frock is MOSTLY sewn up, which is good as I plan to wear it to a Wellington Sewing Bloggers Network event next weekend. I also cut out a simple blue wrap dress in from a vogue pattern that my mum sent me.

Hope you've all had a great, creative, earthquake free weekend!
Posted by Trees at 4:05 pm

Oh I love these pics of you T....you look gorgeous! That frock looks so good. So you. I love the style. You look so pretty in that close up! So sorry you had to endure another shake. Rather worrisome isn't it? Xx

Oh yucky earthquakes....you poor things.
That dress is fantastic sweet and I love the pattern......but I am excited to see the next creation.....squirrel fabric you say!
Love v
PS how are the patterns from the squirrels?

Eek, scary earthquakes...
On the positive side, another gorgeous fro k in a fabulous print. And what a lovely close-up photo of you! xxxx

Oh no, not another earthquake! I hope that's the last you see of them for a while, and you all stay safe.

That dress is absolutely amazing! I can't believe you made that! I'm loving that print! :)

What a great weekend of sewing :-) I love the colours in your fabric, you could wear that one all year round. Another fabulous dress for the wardrobe.

what a great fabric! i can see we both love fabulous wild fabrics! what a dream dress!

Ugh, that EQ went of forEVER! Yuck! But yay for sewing, your new Laurel is fabulous, you are rocking that tribal fabric :) xx

Great dress, very you! And, I've been meaning to say this, you're so damn photogenic! You look so gorgeous.

boo to earthquakes! but yaaay to how cute you look! that fabric is so rad! <3