Hello All! I just felt like it was time I should do a bit of a "reflection" post on how my change into a healthier lifestyle is going - you many notice I don't use the work "diet" that's because I think diets are total crap!

Most diets seems to put ridiculous constraints on people - usually they lose weight to start with but then put it all back on as its just so hard to maintain. I've also heard of some pretty crazy diets, one of my friends told me that his mum was on a "bread diet" in the 1980's where one day a week all she would eat was bread - literally just bread, no butter or sandwich filling just bread. Madness.

Anyway, last year I decided I needed to do something about my diet and exercise we had come back home from living in Korea and Taiwan and I was just feeling kind of bleh. I think its due to the fact that when living in Asia I was eating a better diet (especially in Korea) and also moving a lot more during the day. When I returned home I went back to a desk job and food here is much heavier/richer than food in Asia. Plus I had just come home for being away from home and it turned out I wanted to eat all the food!

Although my sensible and logical brain knew this was a pretty crappy idea - the part of my brain that said food is delicious and exercise is boring took over and I put on too much weight for my liking and started feeling generally crappy and bummed.

But fortunately, I'm not the "woe is me" type so I decided to join a gym and get back on a healthy eating plan.

These two photos were taken about the time I decided it was time for a change, the one in the red dress was taken pretty much on the week I started a programme at my gym called "break" - which I have now done twice. 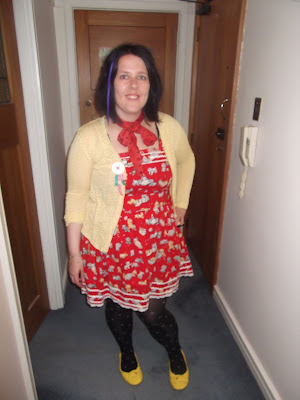 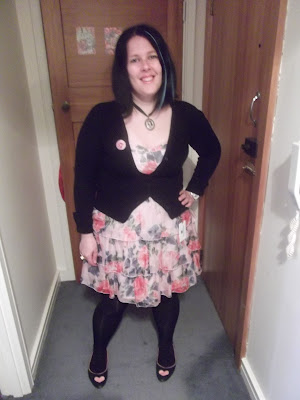 I do realise I wasn't hugely overweight or anything, but I just felt bleh and I didn't want to feel like that - I didn't want to get puffed walking up stairs or hills (and there is a LOT of those in Wellington) and I just wanted to feel good about myself.

So for the first time ever I got a personal trainer - which was a little scary, as I like to think I can do EVERYTHING by myself. But the truth is you can't do everything by yourself - my first trainer Aimee was just incredible. She was really good at reading people and their abilities and if you tried your best, she was just pleased as punch BUT if you were slacking she would tell you that you need to sort yourself out. One time in a class a lady in one of my classes who doesn't always give it 100% was complaining to Aimee she wasn't losing weight and she just told her straight out "It's most likely your diet and you need to work harder" woah.

My current trainer is Cara, who is a recent arrival to our part of the world and originally from Ireland (she came to Wellington in September last year) and she is really great too.

The first time I did the break programme I lost around 10 kilos, the second time I did it I didn't lost so much weight but I gained a lot of muscle and a generally better body shape - by that I don't mean skinny! I am still an hour glass, but an hour glass with a lot more definition.

Here's a couple of more recent photos so you can see the difference the healthy eating and exercise has made - I'm not on some crash and burn exercise/diet regime where the goal is to lose as much weight as quickly as possible, but rather I'm working slowly and surely to get to my goals. 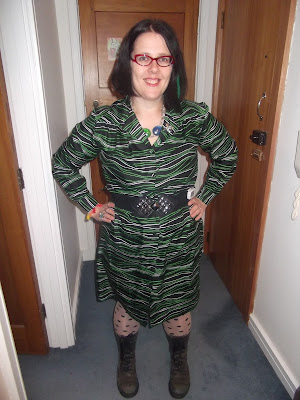 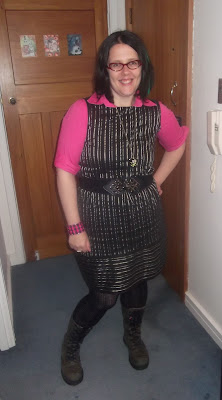 So has it been worth all the time and money? I really think it has - I feel a lot better about where I am now than I was about a year ago.I still have a way to go to reach my final weight loss goal - but that's why its a goal right? I'll just keep working hard and in the long run it will all pay off.

I hope you all have a great Friday xoxox
Posted by Trees at 11:49 am

Wow you have really worked hard at getting fitter. You look great, not that you were ever that big to start with. I'm nearly 20kgs heavier then I was when I got married....but it's pretty hard for me to loose weight because I can't work out due to my illness. I guess as long as my weight remains stable I'm okay with it. Hope you have a great weekend. Xx

By the way I would love to take you to the WAC if & when you visit Brisbane. That would be heaps of fun!!!! We're not visiting Wellington on our trip this year....just 2 weeks on the South Island & 1 week in Auckland. We'll hopefully get back to Wellington sometime, & I'd love to hook up with you. Xx

Oh sweet well done!!!!! You look amazing.
Yay to the hard work and doing something great for yourself.
I too need to do something about my weight. Too many cookies me thinks.......
Have a fabulous weekend.
Love v

Good on you, you'll be feeling grand parading round on the beach in a few short days won't you! If you end up too skinny for that black with green and cream dress i'll happily take it off your hands, I LOVE it!

I don't believe in diets either, they seem more about punishment that anything else!

I haven't heard of the bread diet before but an old flat mate of mine went on a strawberry diet - all she ate for a week was strawberries, how's that for madness???

sometimes it isn't all about weight like you i don't feel like i am overweight at all but just that feeling of feeling like a blob. sitting at a desk sucks sometimes, i don't think we were meant for it so we need to do something about it and dieting is never the answer but like what you are doing, a healthy lifestyle change, is good! thinking about just eating right and getting exercise is not just good for your body but for yor mind too which is sometimes, i know for me, the main reason that i get that blob feeling. keep going in this direction and you will feel healthy no matter really what size or weight you are because in the end it doesn't matter. being happy does!
xo,
cb

I think the most important thing is to take care of mind body and soul. You need all three in top shape to just deal with life. I can see a difference in the pictures but mostly in a more confident smile. I think your adorable! I have been working out pretty regularly for 15 years, I have too since I sit in front of a computer all day long. It makes me feel better. Here's to feeling our best!
XXOO
Krista