Welcome to the DMZ

Recently, our friend Dani asked Rich and I if we would like to join her for a tour of the DMZ (demilitiarised zone between North and South Korea). We had both been wanting to go there for a while but just hadn't gotten around to booking anything, so it seemed like a great chance to check it out.

It turns out there are two tours of the DMZ - on the tour we took we saw the 3rd tunnel, Dora observatory, Dorasan Station and Imjingak Park (including the freedom bridge).

The first stop on the tour was the 3rd tunnel. This tunnel was found by South Korea in the 1970's, the basic story is that the North Korea army was digging this tunnel in an attempt to invade the South as the tunnel was found less than an hour from Seoul. Over the years, the South Korea's have found three tunnels that the North Korean's have dug in an attempt to invade the South.

We took a monorail down to the tunnel which was very small, we all had to wear helmet's as it's very easy to hit your head on the celing as you decend into the tunnel.

Once the monorail stopped we walked some of the tunnel which had a very low celing, Rich had to crouch down the whole time we were in the tunnel.

One of the interesting things about the tunnel is that the walls were smeared in charcoal. Our guide told us the North Korean's put charcoal on the walls when the South found the tunnel and claimed it wasn't a tunnel for invasion but a coal mine. Even though there is no coal in this particular area.

We also watched a short film and visited a museum at the site of the third tunnel, the film was a little sad as it documented the Korean war and spoke of the South's hope's for reunification. 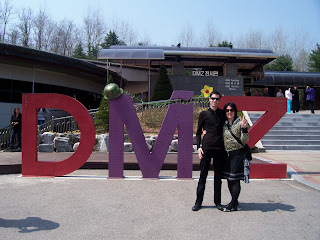 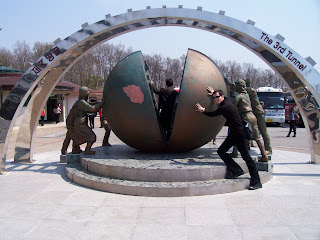 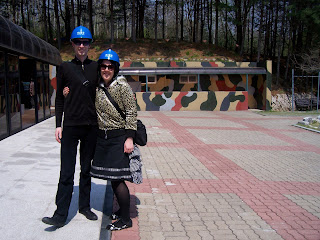 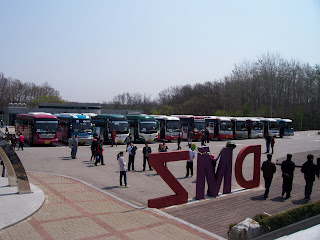 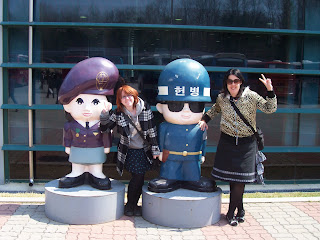 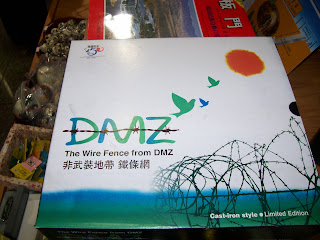 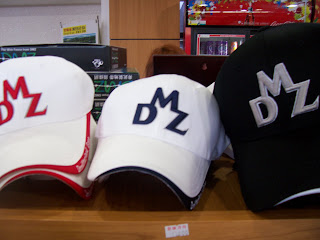 The next stop on our tour was the Dora Observatory, from this observatory you can see right into North Korea, which is most likely why you are only allowed to take photo's from a distance.

The day we visited it was a little cloudy, but using binoculars you can see into North Korea, which to be honest looked pretty empty compared with the South. You could also see two villiages - one on the South's side and one on the North's side. Both these villiage's had large flags of their countries waving.

It was a little bit weird to think that we were actually looking down onto North Korea - even if there didn't see to be much happening. 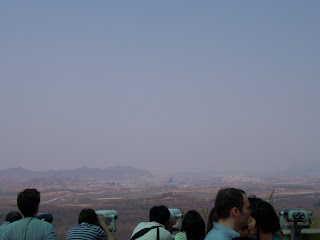 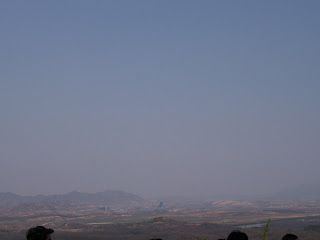 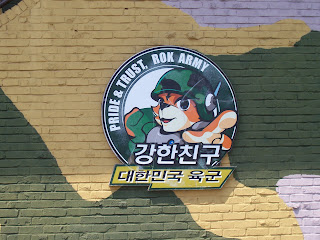 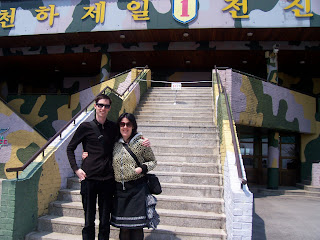 The next stage of the tour was Dorasan Station, this station isn't actually operational right now but it is the closest subway station to North Korea.

The station is a sign of the South's hope for reunification with the North. If the two Korea's united then it would be possible for train's to run from Seoul through to China, Russia and Europe. 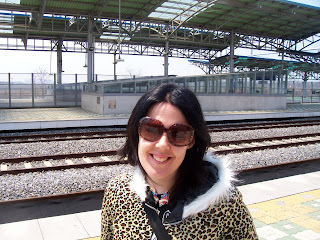 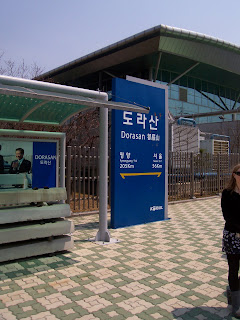 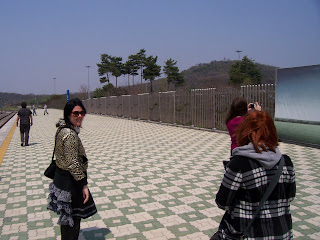 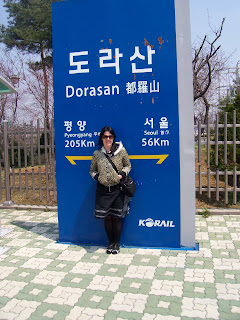 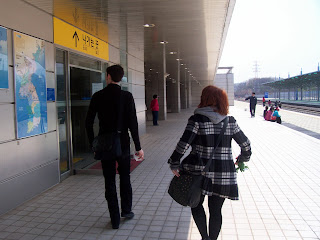 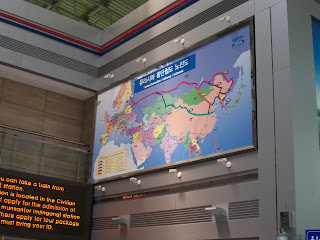 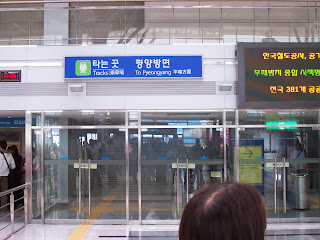 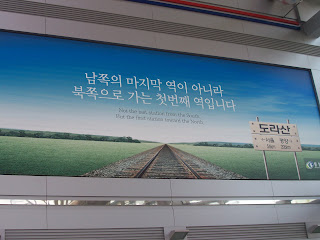 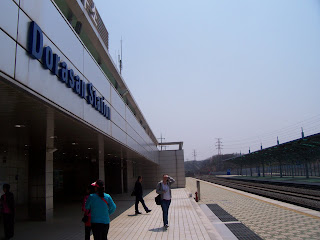 Our final stop on our tour was Imjingak park and the freedom bridge. The bridge was used to exchange prisoner's of war after the Korean war. Many people come here to leave ribbon's which talk of their hopes of a unified Korea. 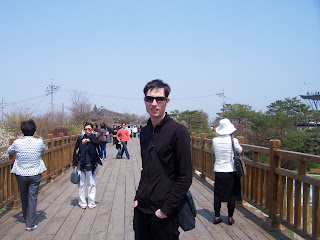 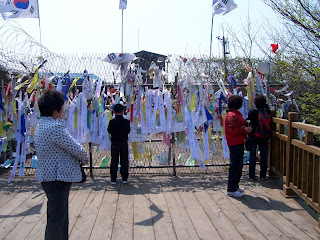 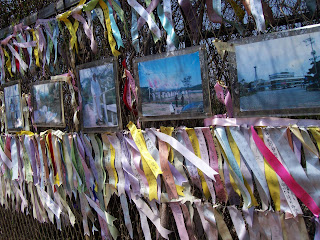 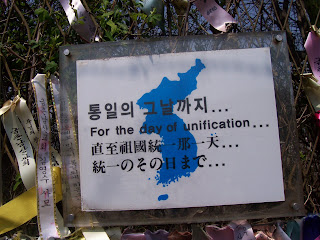 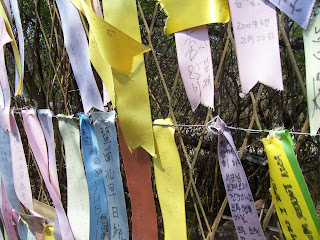 The trip was an amazing day out and luckily for us, Dani has already started thinking about a return trip to the DMZ. This time to see the JSA (joint security area) which will be another incredible day in Korea.
Posted by Trees at 6:20 pm