My friend Grace and her flatmates are going to be having a Halloween party shortly - but the actual party won't be taking place on 31 October as one of Grace's flatmates will be away.

Instead we are all waiting until 8 November (yes - election night) for Grace's Halloween party.
But I'm actually pretty ok with that as I told Grace I would make her a "Zombie" cake for her party and now I have more time to get together my supplies.

The first and most important step for the zombie cake is of course the zombie! For my zombie, I customised a sweet innocent little doll from the $2 shop into one of the undead.

This is the doll that I began with - to be honest - she couldn't be more wholesome. 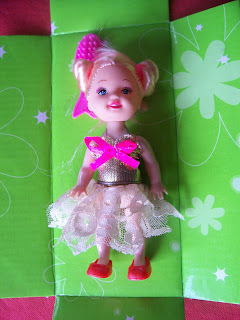 This is what she became with paint, sharpie's, glitter and some fabric, skulls and jewellery findings. I am pretty happy with my efforts - let's hope the rest of the zombie cake turns out as good as this zombie doll. 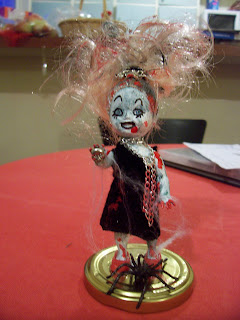 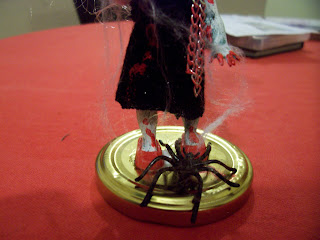 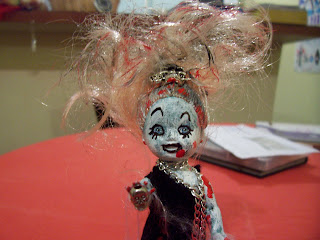 Once again it must be said - you are very clever!! I can't believe you managed to make such an innocent doll look so evil - te he :-D