Today was our first full day in Rarotonga and we woke to the sound of Roosters crowing and a very hot muggy day. Turns out the roosters and chickens are everywhere in Avarua (well all of Rarotonga actually!). They are kind of like the "Pigeons" of the Island - they don't seem to belong to anyone and roam around freely.

It's very grey here - but also very hot and sticky - reminds me of the sort of weather we used to get in Hamilton at the height of summer.

We began the day by having a wee look around some of the tourist and craft shops. I bought a few postcards and some t-shirts for my brothers, I will buy many more things before I leave no doubt but that will do for now.

We then jumped on the bus to do a round tour of the whole Island which was pretty cool. Rarotonga only has two bus routes - the "clockwise" and the "anti-clockwise". Much easier to understand than the whole "section" thing we have going on in Wellington;)

On our journey of the whole Island I noted that the tourist accommodation/restaurant/shops aren't just centred in Avarua but are throughout the whole Island. I also noted chickens and roosters EVERYWHERE!! There also seems to be a lot of abandoned and derelict buildings in Rarotonga - they have usually reached the stage where only the original stone walls remain standing and are covered by grass and plants, there are a couple of these near the motel where we are staying. 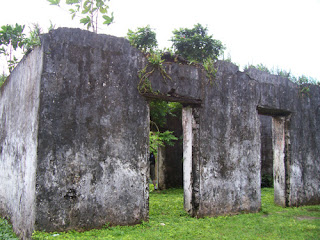 The other things I noticed is that there are small graveyards everywhere. I guess they must all be family graveyards, they all seem very well maintained compared to a lot of the graveyards in New Zealand.

The bus picked up a lot of passengers and by the time it returned to Avarua it really was 'standing room only' I was happy to get off.

After the bus trip we decided to head back to the motel for a bit - then we walked to town via the beach. The beach was pretty cool and unlike anything I've seen in New Zealand, mostly because the beach was made up of pieces of coral instead of rocks or sand. Coral is very cool and has such an amazing array of sizes and textures...there were also heaps and heaps of hermit crabs on the beach which was pretty cool. 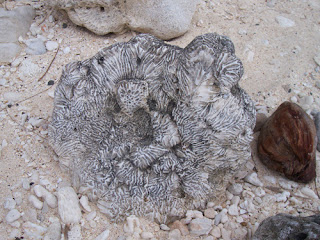 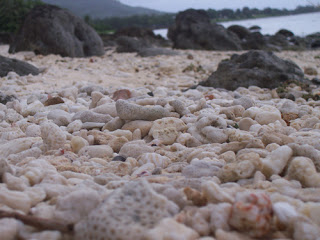 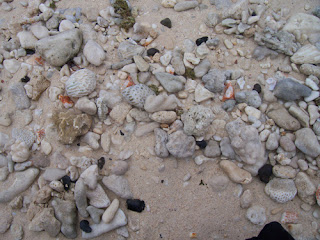 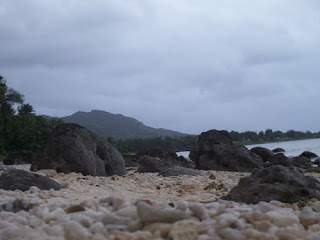 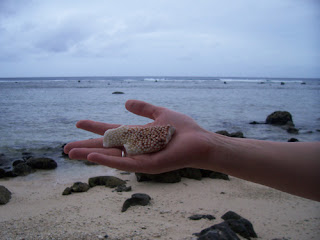 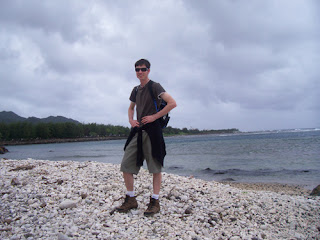 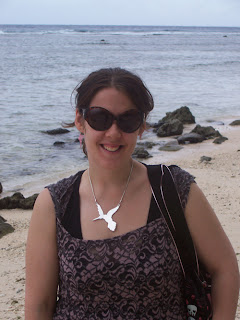 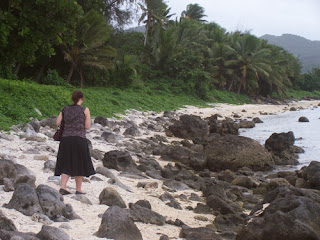 We ended up having lunch at a place called 'Salsa' - the food was good but the service wasn't - we had to wait over 40 minutes for our meal!
After lunch we decided to go for a short walk but this walk didn't go quite to plan. The roads in Rartonga arn't marked that well and we ended up walking through some christian college where we weren't really meant to be...opps - decided to go back to the motel after that!
In the evening our plan was to go to 'Island Feast Night' at the Punaga Nui markets - however, when we got there we discovered that everyone had either already gone for the day or was packing up. We asked one of the stall holders if she knew anything about "Island Feast Night" and she gave us some directions to the event. However, rather than ending up at "Island Feast Night" we ended up at some community fundraising event with a man singing western pop songs with a western feel and lots of food!
We decided to hang around for a wee bit (even though it wasn't what we were hoping for) and share a GIANT piece of banana cake which cost only $2!! Even though our "Island Feast Night" didn't go entirely to plan it was still fun and nice to go to an event that wasn't especially planned for tourists - in fact I think we were the only tourists there.
After this it seemed a bit early to head home so we had a couple of drinks and dinner at "Whatever!" bar - the menu was limited but we got two burgers , a vodka and pineapple and a beer for $20! The drinks were so cheap we decided to stay on for a few more - the place had such a nice, relaxed atmosphere and also a fantastic ocean view - so beautiful.
When we were walking home we walked past the bar we were planning on going to on Saturday for Island Night, but we saw that Island Night was actually Thursday and Friday and not Friday and Saturday like we thought! We weren't sure what to do because we were sure we had missed the dinner as by this stage it was getting late. We decided to go and see if we could just see the show - we were allowed too!! Plus it only cost $5 instead of the $35 for the meal and show. The show was fantastic (except for the drunk guy up the front who kept on jumping up and dancing around and blcoking our view). The women's dancing reminded me of bellydancing but the hip movements were much larger than what we do in bellydance. The men's dancing was amazing too. I really loved the show - the costumes were fantastic and the dancing itself was mindblowing. 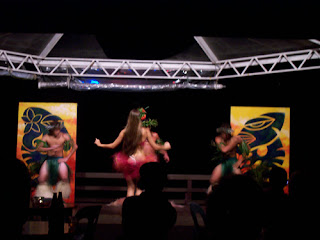 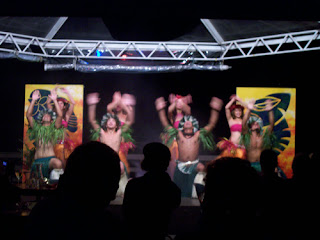 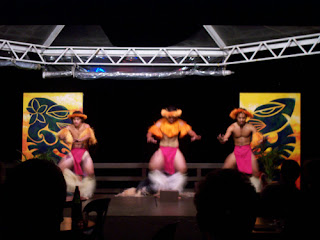 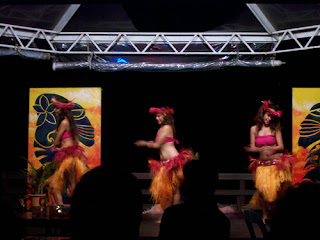 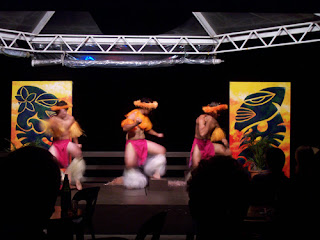 That was our first - rather busy - day in Rarotonga!