So way back in June a couple of my friends from the Wellington Sewing Bloggers Network, Kat and Mel hosted an indie pattern sew along. I have to be honest, if I am going to splash out and by a new pattern rather than a second hand one I much prefer to buy an indie pattern as its good to support small industry and to be honest, many indie patterns are much more to my tastes that the big pattern companies.

So I did have EVERY intention of joining in on the indie pattern sew-a-long I even bought this pattern and this one, but then something happened - I lost my sewjo. It seemed everything I made turned out crap to the stage I didn't want to make anything to wear ever again. But with some loving words from my girls the the WSBN I decided it was time to give sewing another go (I mean I have spent too much time and money to quit now). 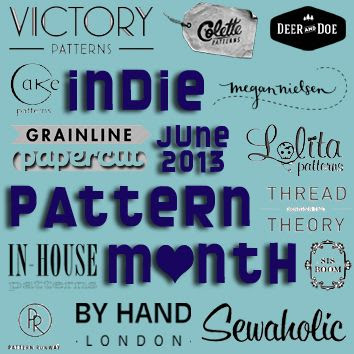 Instead of buying one of Christine Haynes dress patterns (which I will try another time) I decided to make a Renfrew top from sewaholic.

I think I need to take a moment to give a big thank you to Penny from Dresses & Me for opening an New Zealand based online pattern store that sells indie patterns! There have been patterns I've wanted to try in the past but the expense of having them posted had put me off buying them altogether.

Here's my first ever Renfrew top - I made a size too big I think, but I can still make it work. This photo isn't so great as its taken after work in our apartment - I can't wait until its daylight savings time again and we actually have light after work to take photos. 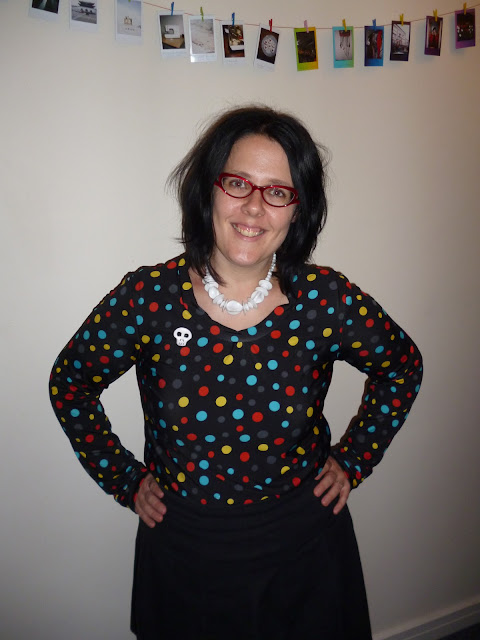 I do really like the Renfrew pattern, but next time I will make a few adjustments - make a size smaller, shorten the sleeves (you can't really see it in the picture, put the cuffs reach my knuckles) and also shorten it so I don't have to tuck it in. But I don't HATE this top, it's a miracle. Maybe I don't suck at sewing after all?
Posted by Trees at 5:42 pm

No way do you suck at sewing! I love the bright colours on this top. It's so cheerful snd so you!

You are such a good sewist! I love that top! x

"Also Penny is really lovely so if you're going to buy indie patterns you should buy them from Penny" that is so true! It's nice to buy things from nice people :) I love your polka dot top, it's so cute and I'm glad you're pushing your sewjo around.

Love the top. Yay for getting the Sewjo back :)

I love the polka dot print. I had no idea there was a store in NZ that sold Sewaholic and Victory patterns. I'm usually put off by the cost of postage too.

I love the polka dot fabric and those patterns are so cute :-)

Yay ! Where did you find such cute knit fabric? Nz seems to have the most boring knits. Your Renfrew looks great :) any time we make stuff we hate, it's hard not to be mean to ourselves. I tell myself it's growing pains... we'll get to where we want to be... :)

No, you don't suck at all. I like what Johanna said -- we all have growing pains. I too, hate how my garments sometimes look so handmade on the inside!

Nawww thanks Teresa :-) your too sweet!

super cute top - i love the fabric! come over and help me make halloween costumes!

You most certainly don't suck at sewing! We all have days when it appears we suck at it, but then we have days when we're pretty sure we're amazing. You'll have you're amazing days again, and this top is a lovely start. Well done!