Earlier today we had another Wellington Sewing Bloggers Network Meet Up and this time I decided I would make an effort to make something new to wear to the swap.

For Christmas this year, one of my brother's bought me the Burda Style Sewing Vintage Modern book and I decided it was time I finally made something from this book. I chose one of the easiest projects from the book, the Jaime Shift Dress and got to work.

The Jaime Shift Dress is from the 1960's section of the book and is described as "The basic shift dress is a quintessential wardrobe staple, a blank clothing canvas for your imagination" - In addition to this, it only has four pattern pieces, I like that a lot! 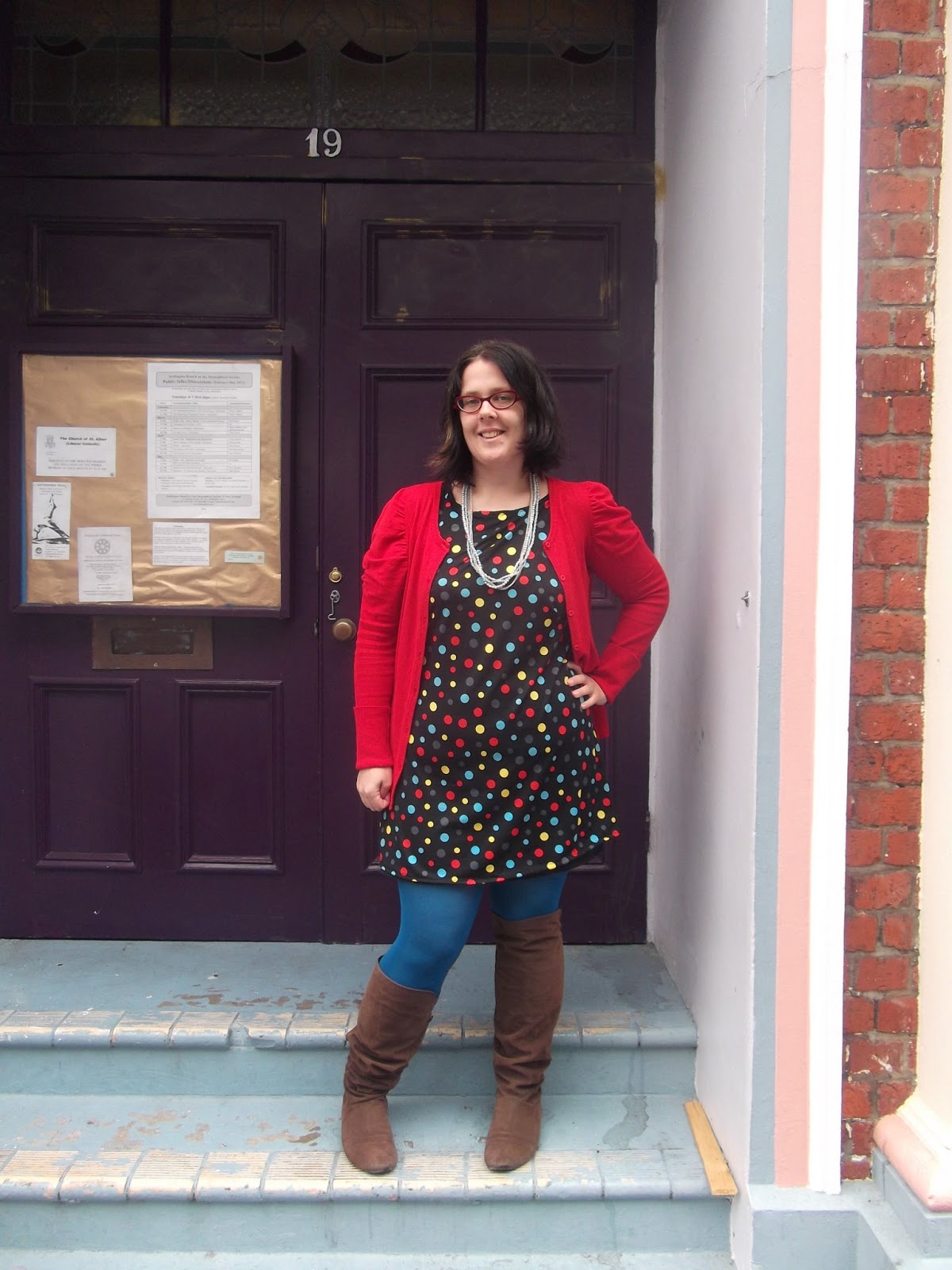 I think I made this dress a size too big, when I first tried it on it was pretty big on me so I took it in at the sides quite a bit. I think I will trace the pattern again in a smaller size. Also the dress is a little on the short side for me, if I make it again I will make it a few centimeters longer. 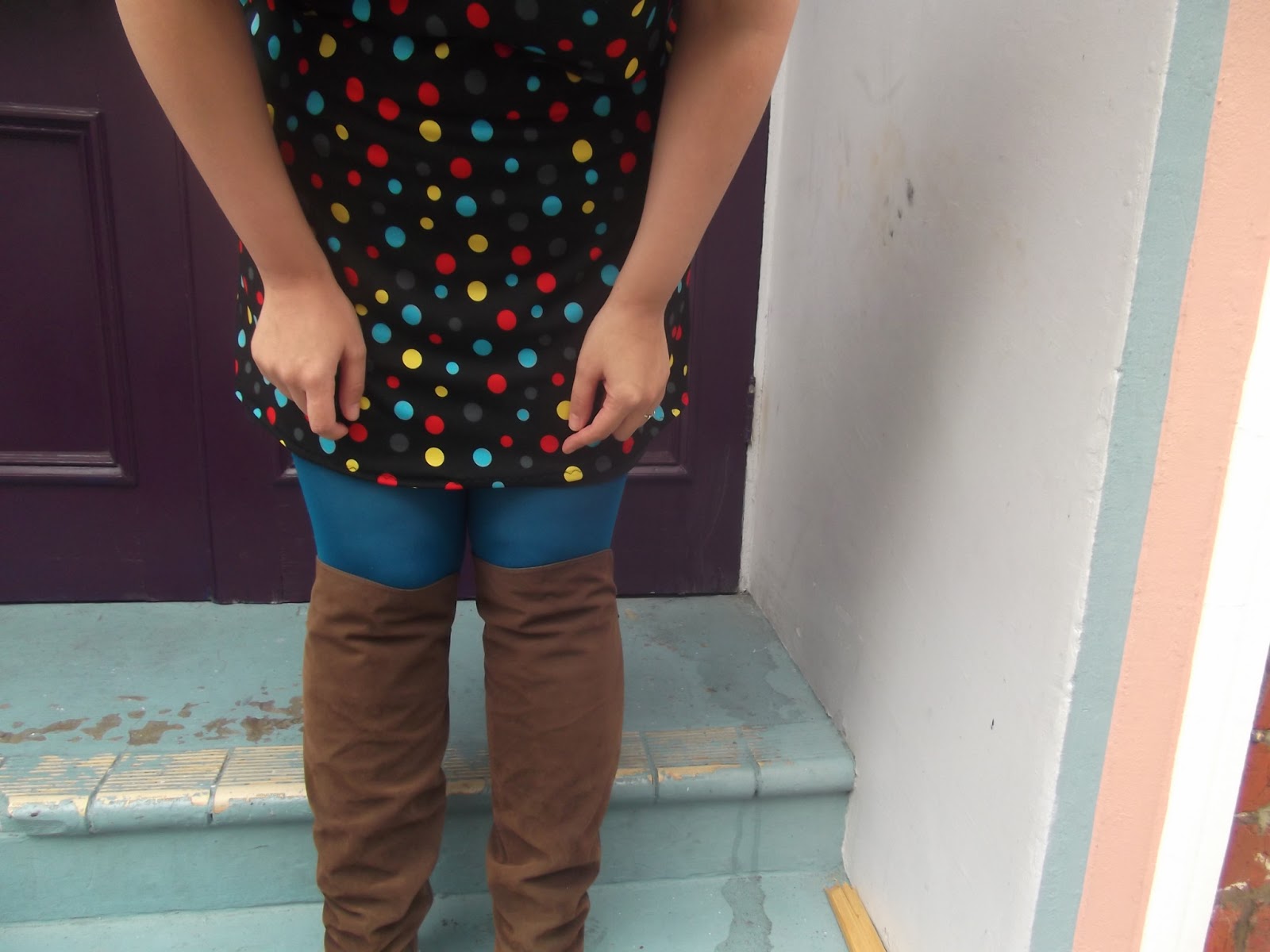 The fabric is a soft stretch that I bought from Arthur Toye Fabric and it was pretty reasonably priced at $10 per metre and I really didn't need too much fabric to make this frock. 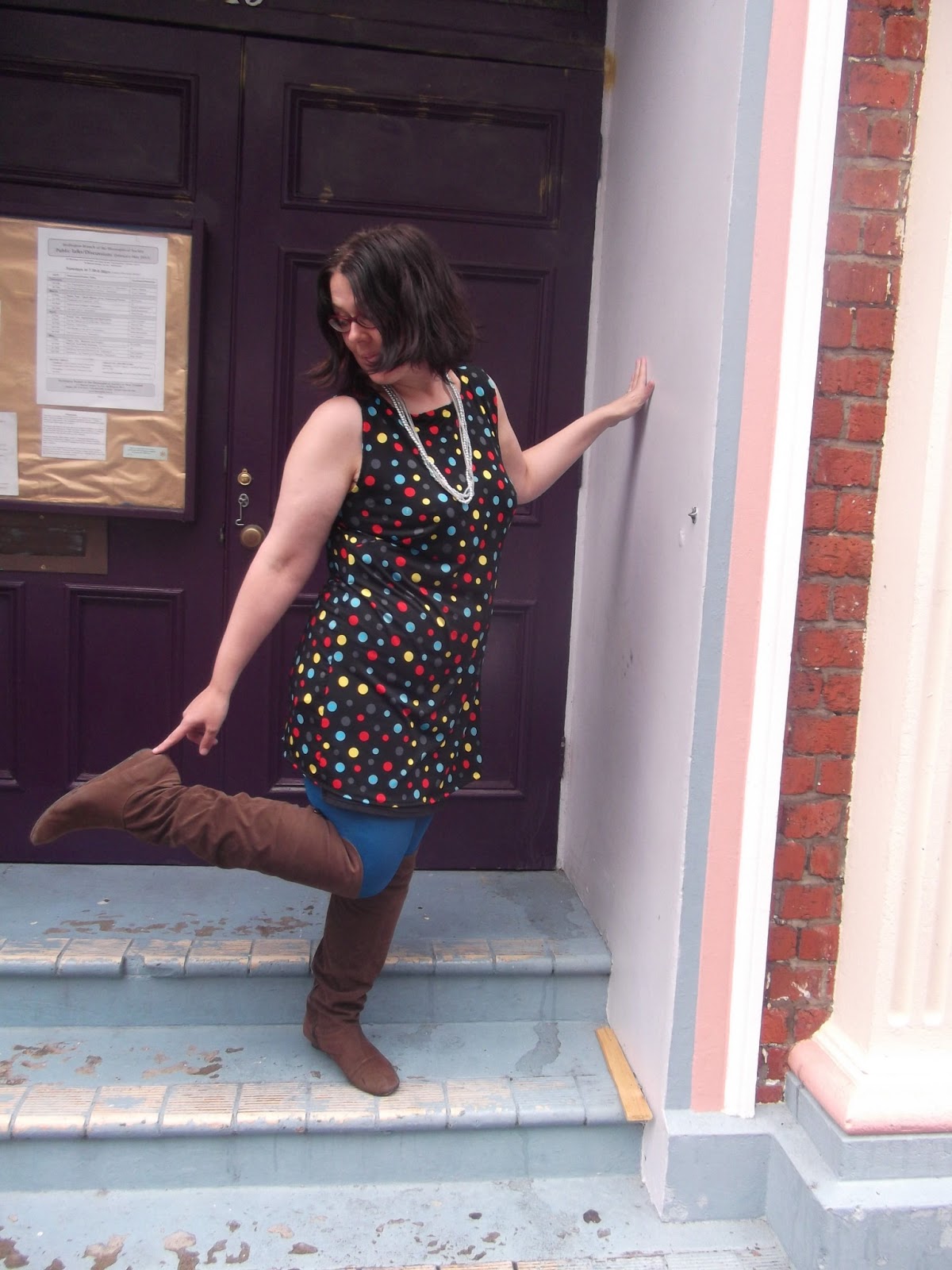 Time for the artsy "What's on the bottom of my shoe" photo (oh there is nothing there actually).

I really do like this dress (apart from the length) and I do think I will make it again.

I had a pretty fun time at the meet up, I got to hang out with some new people as well as those who I met last time. We also had a swap and I managed to pick up all kinds of cool stuff, which I will share with you all later.

I hope you all had a great weekend and YAH! It is finally raining here, fingers crossed the drought has broken in the North Island.

Oh how I love a simple shift dress. This looks great on you. I think the length is fine especially when teamed with tights. Love your artsy photo too. I still feel like such a twat in photos, I really need some posing lessons from Helga & Sarah! Looking forward to seeing what you scored at the meet up. Xx

i LOVE this outfit! super cute!!! i want that red cardigan/jacket! <3

oh what a cute dress, i love the fabric, sometimes it also happens to me that i make dresses to short;) but does´t matter in summer dresses never can be short enough haha ;)
kiss,mary

That dress is great and I love it with the teal tights! Great posing too. Was great to see you again :)

I love the multi-coloured spots and the pattern is perfect for the fabric:) xoxoxoxo

I like the length with the tights, and the fabric is so much fun!

I love this little polka dot dress, nice work! I think the length is perfect on you too!
Xxoo

Short dresses are alright these days, don't worry! Although, maybe not for work, I guess. But this looks so good.

Your dress looks brilliant and you look fab wearing it. Multi coloured dots have such a retro feel, I always think of sputnik and they are very happy to look at too...xXx

Love the dress with the tights and boots - you look great.

Great post. what a cute dress, i love the fabric. thanks for sharing.