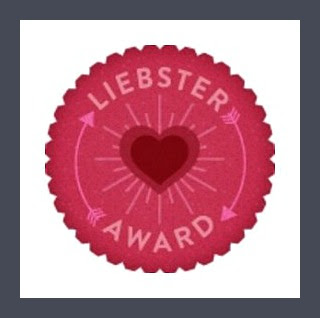 The first part of the award is to list eleven facts about yourself - so here we go:

1) I used to have a green budgie called Greenpeace when I was at primary school.
2) At high school I played the flute and did up to grade three flute, but only grade one music theory (music theory kind of made my brain explode).
3) I am the oldest of three and my youngest brother is eleven years younger than me.
4) I live in an inner city apartment and absolutely love it!
5) I can't remember a time when I didn't love creepy things and horror movies.
6) One of the trainers at my gym told me I'm a "natural" at boxing - I think its the only time ever I've been a "natural" at any kind of physical activity.
7) When I was at university I wore jeans pretty much every day - I know, hard to believe right?
8) My natural hair colour is mousey brown - but I've been dying it black for a number of years.
9) I love Mexican food and culture - I'd love to visit there sometime in the next few years.
10) I can't drive and Rich and I have never owned a car.
11) We would like to buy an apartment/unit in the next few years - but will have to wait and see what happens.

Here's the eleven questions I received from CityScape SkyBaby:

1. What is the worst film you have ever seen?

I've seen a LOT of films and a lot of these have been horror or "b" grade, just because I enjoy that sort of thing (truly!). But the worst film I have EVER seen would have to be Stephen King's "Dreamcatcher". The Preview looked amazing and it had aliens, gore and friends heading out to the woods and everything going terrible wrong. It sounded JUST like my kind of thing - it wasn't, it was horrible. It came out in 2003 and Rich and I went to watch it in the cinema and we STILL talk about how horrible it was. 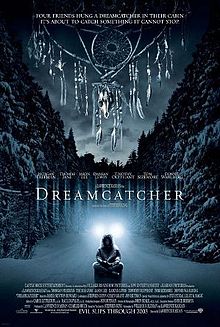 2. Who is your favourite comedian?

I'm the kind of girl that prefers TV shows to specific comedians and I do love British comedies. Here's a few of my all time favourites:

The Vicar of Dibley

3. Who is your least favourite comedian?

I know everyone thinks he's hilarious and easy on the eye, but there is something about Russell Brand that I just find infuriating - I'm not sure what it is, but I just find him so annoying.


4. Have you ever climbed a mountain?

I guess it depends on your defintion of what a mountain is - our mountains in New Zealand are pretty big, I have climbed any of the major mountains like Mount Taranaki or Mount Ruapehu. I have however climbed some of our smaller mountains, but I'm not sure if I really consider them to be mountains or hills! 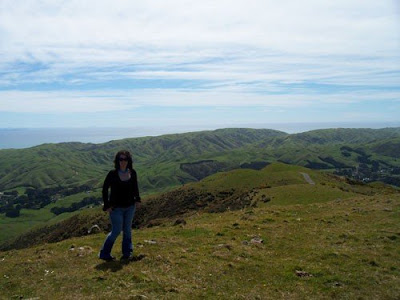 Here's a photo of me walking in Mount Kaukau - does this count as a mountain? If yes - I've totally climbed a mountain.

5. What was your favourite past time as a child?

I think it would have been drawing, painting and anything a bit crafty and arty (some things never change).

6. What is your favourite place?

It's hard to choose just one! Wellington is my favourite city in New Zealand, but I do love traveling in the South Island and all over the world.

7. Who was your favourite male popstar as a teenager?


I think it would have been Jarvis Cocker or Damon Albarn - I really wasn't a typical teenager. Especially living here in New Zealand where that whole "Brit pop" thing in the mid 90's wasn't even a thing.

8. Who was your favourite female popstar as a teenager?

My first "tape" that I bought myself when I was a wee girl was Madonna's "The Immaculate Collection" so I think I'll have to say Madonna. I still love he old stuff, but her new stuff not so much.

9. If you could meet up with anyone from history and have a chat with them, who would you choose?

I always find this question difficult, as I'm sure if I met some important figure from history I'd go all tongue tied and freak out.

10. Do you believe in an afterlife?


I'm a secular humanist, so not really, but then who knows. I guess anything is possible?

Well I'm original - so I need a film of my very own - perhaps it could be called "The awesome adventures of Trees" or even "Adventures of a girl from the Naki"?

1) Can you speak any languages other than English?
2) What's your favourite movie of all time?
3) What was the first concert you ever attended?
4) If you could visit anywhere in the world and money was no objective, where would you go and why?
5) When you were a child, what did you want to do for a job?
6) What's your favourite time of the year?
7) Do you have any siblings?
8) How many different towns/cities have you lived in?
9) Can you play any musical instruments?
10) What's the best part of your day?
11) Do you have any goals/aspirations for 2013?

I'm not really sure who to nominate as there are so many blogs I follow - so if you'd like to take part feel free to answer my questions.

I hope you've all had a lovely weekend - only 3 more working weeks until the Christmas holidays. Hurrah!

I'm with you on not nominating, or naming names! Enjoyed reading your answers and learning more about you :)

Hating Russell Brand, loving Jarvis, The Mighty Boosh and The Young Ones. No wonder I loves ya! x

There are so many reasons we are blogging buddies! I can't drive either and I love Vicar of Dibley! :-) I really enjoyed reading your answers.

This was so much fun to read. I always enjoy getting to know you more and in a few months i get to meet you in person! Yay!
Xo,cb

i have to watch dreamcatcher!!! stephen king movies are always pretty brutal!

We've got a few things in common here! The Vicar of Dibley has to be my all time favourite comedy! I've got the box set and still laugh each time I watch them. I don't get the big fascination with Russel Brand, either... I grew up loving The Immaculate Collection,too, but I've not really liked any of her new music since the nineties. Oh, and I can't drive yet either... Great post :)

Interesting. I played the flute in high school too. I can't really remember how to play anymore, though.

Thank you for doing this Trees, lots of us non driving bloggers here!
I'm with you on Jarvis too, though Morrissey was the popstar of my teens and Jarvis was the soundtrack to my twenties and thirties. 'Dreamcatcher' totally passed me by which is strange because it sounds the sort of thing Pat and my oldest boy would love. You've made me want to watch it now even if it is really bad.
I'd be the same as you if I met someone I admired from history or the present day, I go all quiet or I start chattering inanely when I'm feeling awkward so I'm sure I'd react one of those two ways.
I'm not surprised you've climbed a mountain Trees, you're so adventurous, I've been on mountains a few times but I don't think I've ever made it very high, so that is a bit of an ambition for me, need to find a very small mountain now.
It was fun to learn some more about you, thank you again for taking part and I'm sorry I've fallen so badly behind on comments, I've had a houseful of sick children and no time! xx