Sorry I've been a little bit absent over the past few days - a lot is happening at the moment, hopefully I'll be able to do a few more posts over the rest of this week.

I wanted to tell you all about my fabulous Friday night, my lovely and talented friend Ria is currently completing a course in costume construction at Toi Whakaari. She has just finished her first year of study and last Friday there was a costume showcase at Toi Whakaari for the first and second year students to show their work.

I was so excited and honored when Ria invited us along to the fashion showcase end of year show - I really wanted to see all the amazing things Ria had been up to over the past year.

Also, I am a sewing geek and whilst it will only ever be a hobby for me I do love having the opportunity to admire the work of professionals.

When we first arrived we met up with Ria and also her boyfriend Ben - there were a whole lot of costumes in the foyer that we could check out before the show started. 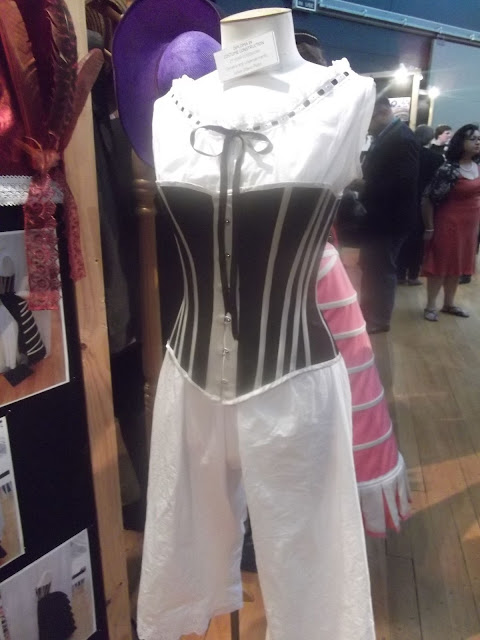 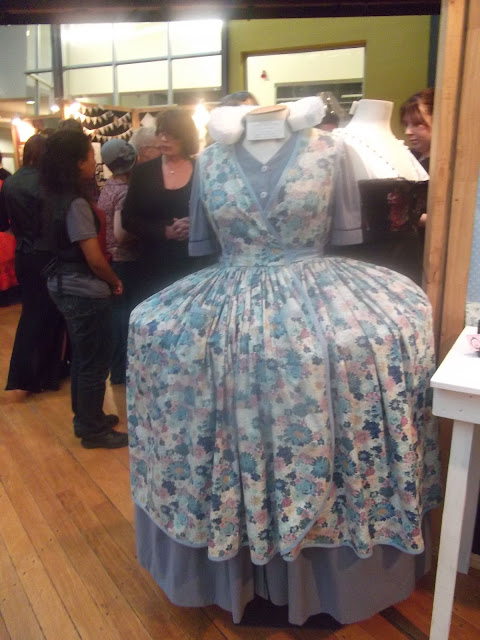 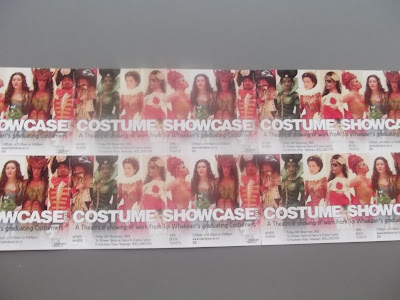 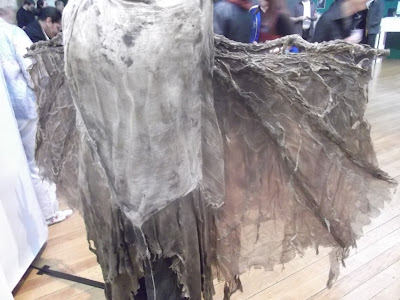 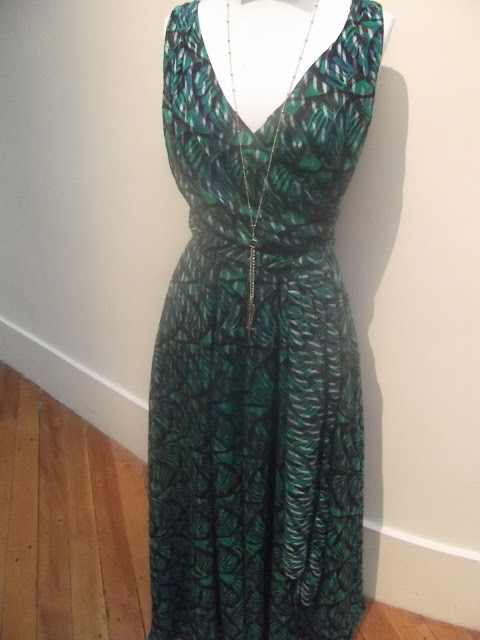 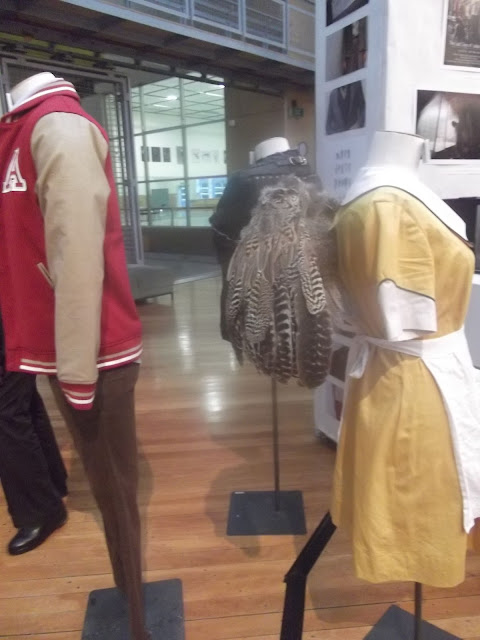 Next up it was time for the show - Ria described the show as a mini WOW (World of Wearable Arts). Because the students are making costumes for performance (rather than being a fashion design course) all of the items were modeled with a little show which was just amazing. 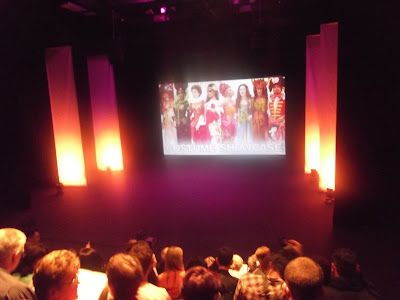 The second year students had a major work on display during the show - here's a few of my favorite costumes from the show. 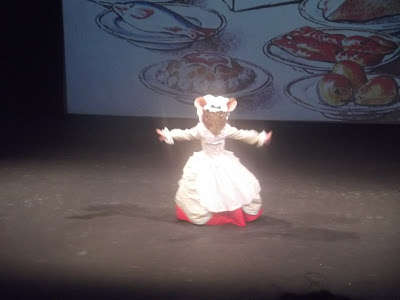 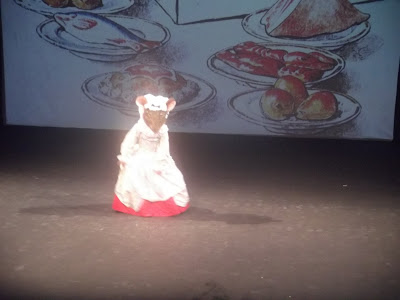 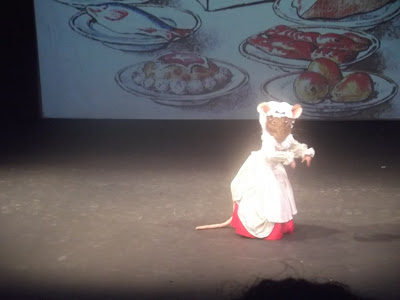 This costume was called "Lady Mouse" and it was so amazing. I think animal costumes can quite easily become creepy. But this one was so emotive and kind of cute, the movements of the actor were amazing. 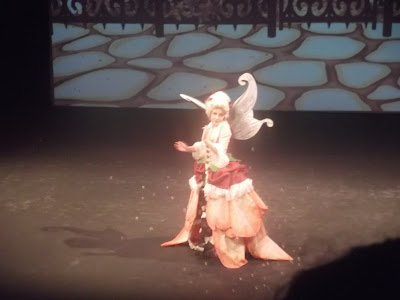 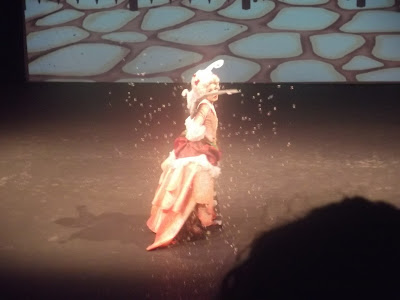 This costume was called "Faerie Antoinette" and it was so beautiful and whimsical and the show even had bubbles! 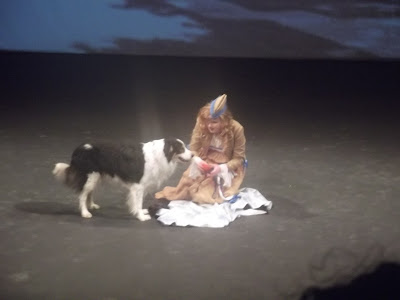 This costume was called "Golden Eyes and Uncle Sam" - Uncle Sam was the dog and he behaved amazingly well. After the show Ria told be he was from a place that trains animals for theatre, TV and movies. 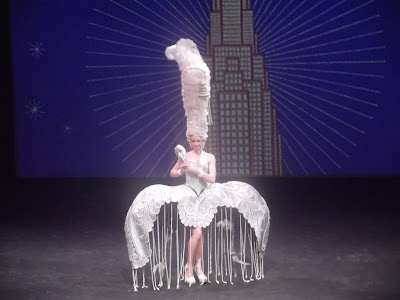 I think that this costume has to be the most impressive of the evening - it was called "Her Secret Admirers" and it had a real art deco look about it. How fabulous!

The first year students work was also on display as group works rather than individual work - first of all was pattern making in the style of 1940's and 1950's dresses. So many adorable dresses! 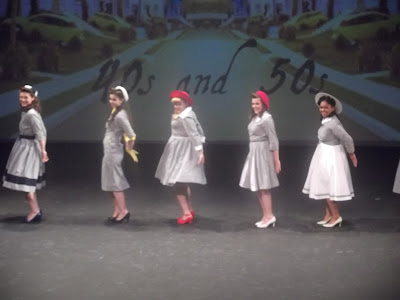 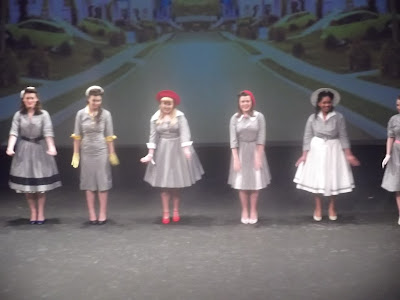 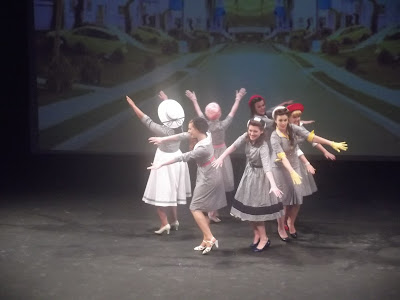 The first year students also created Elizabethan costumes, so incredible, I can't even imagine how much hard work went into making these! 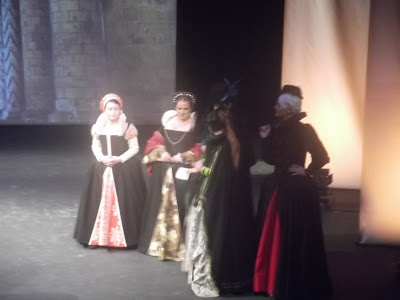 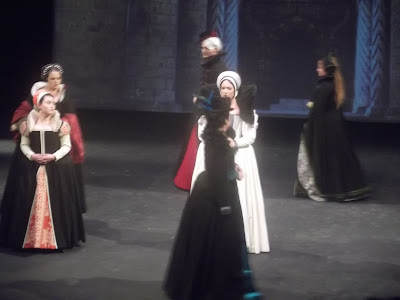 Ria made the only white coloured costume so it was really striking against all the black on stage don't you think? 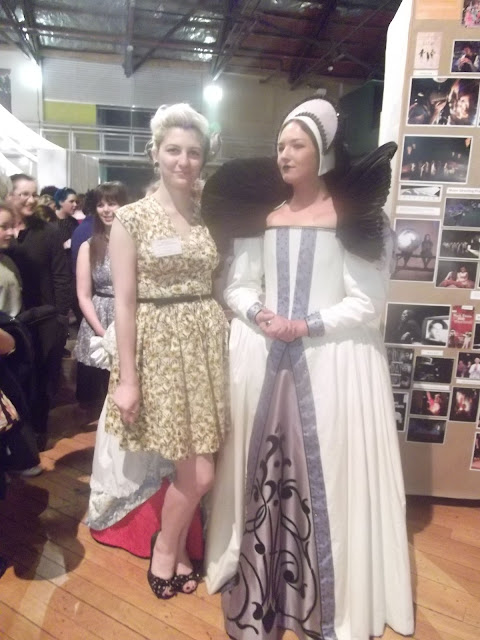 Here's a close up of Ria with her model and her creation - seriously, Ria MADE that! Isn't that incredible - I'm so in awe. 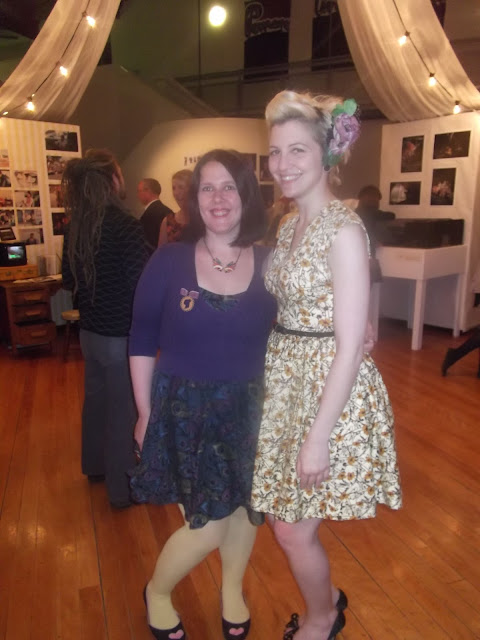 Here's a photo of us together after the show - Ria is such a star and an inspiration to me. To be honest, when I met her I was really only starting out my sewing adventure. She helped me to make my first frock and since then I've just constantly improved. Thanks Ria!

If you want to know more about Ria and her work at Toi Whakaari you can read about it on her blog Button-Eyed.

I hope you've all had a great week so far xoxox
Posted by Trees at 4:38 pm

That looks a fascinating show, I'm loving the green maxi (no surprise there!) x

I browsed thru, and I must say I like your blog. You're cute and quirky in an awesome way :)

Wow what a cool event to go to!! The costumes are so cool and sooo crazy that they made them. Wowowowow! Just so cool! it must be a really fun class!
Xo,cb

You're always doing something interesting Trees, this show looks amazing. I love the ragged outfit with wings in the first few photos and there are just so many gorgeous outfits after that I don't know where to start. The mouse outfit looks really cute. I know what you mean about how things like that can sometimes be creepy so well done to the actor for making it cute. To me you're a really talented seamstress because you can make things that I wouldn't have a clue about, and it looks like your friend Ria has taught you well! xx

What a fantastic show, and what amazing costumes!
The Lady Mouse looks like Hunca Munca, from Beatrix Potter's Tale of Two Bad Mice.
Love Her Secret Admirers, and the green maxi and corset dress.
You and Ria look gorgeous together! xxxx

No apologies ever needed!
Ria is bloody amazing! I've swooned over her work before, and will continue to do so.What a splendid show!! I would love to go see that and have a fiddle with those amazing costumes!EEEK!
XXXXXXXXXXX

This looks like an amazing evening full of tons of eye candy. Ria's costume is a real thing of beauty and I think it's great that she inspired you and you continue to be a supportive friend!

Wow, it looks like it was an amazing show. It must be so much work to make those intricate costumes. I can't even imagine making something so complicated.

Those costumes are stunning and that sounds like such a fun event!

that looks super fun! :-) Wow those costumes are good.

2. i wish someone would sew for me.

Wow. I admire those arty folks that make it to and through fashion school. (I wonder if a weak person like me will ever survive in such an intense world :D)

Your friend did such a smart move by making a white contrasting costume to stand out against the dark stage. So much thought goes into these things that most "ordinary" people would take for granted :D

to die for!!! i adore those costumes, always wanted to make a crinoline skirt!!!!! she is really a star!!!
love and kiss,mary

That sounds like an amazing show! I was at the WOW show last year and thought I'd died and gone to heaven. I will be in Wellington next week and would love some suggestions about op shops which sell vintage fabric. You can text me on 02102287945.

These costumes are amazing. My choir rehearses at Toi and I certainly had a good look at the costumes when I was there last Tuesday. There's often some costumes on display, but those there at the moment are fab.