Last weekend the weather turned from autumn to the heart of winter seemingly overnight - it was SO SO cold which made me feel like heading out on Saturday night wasn't a great idea. Luckily one of Rich's workmates has loaned him a couple of 1950's sci fi movies for us to watch so we didn't have to go anywhere.

I love old 1950's movies like these - the covers alone are incredible! We watched "Them" first and it was full of all the monster style hype that you'd expect. I have to say I think "Night of the Lepus" borrowed heavily from the ideas in this film - except of course in that film it was giant rabbits not giant ants, I have to say giant ants are much scarier.

The second film we watched was "The Incredible Shrinking Man" , I have to admit to start with I wasn't too excited by this film but it's a really amazing film - it's not as "cheesy" as many other sci fi movies I've seen from this era but it is pretty amazing. I would watch this one again for sure. 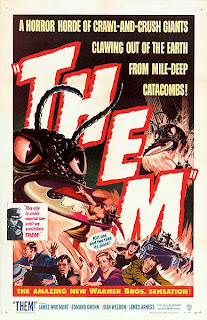 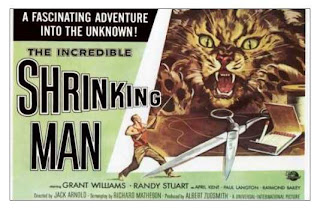