I texted my friend Diane last week to see if she and Kai had time to catch up with us before the Christmas Break - I was thinking maybe dinner or a coffee. However, when she suggested the zoo as they had just obtained some Tasmania Devils and mentioned the fact she knew where we could get some 2 for 1 vouchers online, I was so keen. 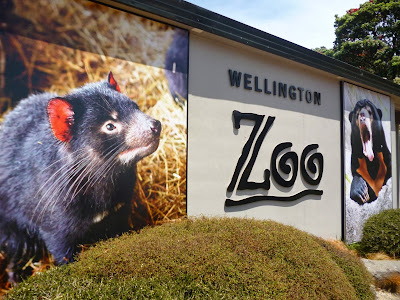 Our little zoo is organised in regional areas - first we went to Asia to see the Sun Bears and Tigers. 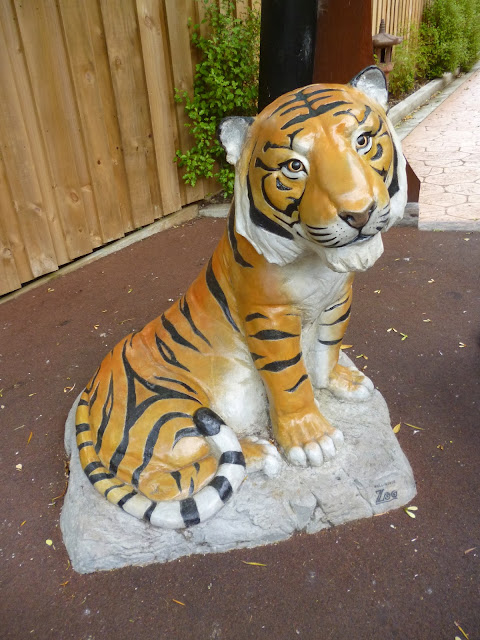 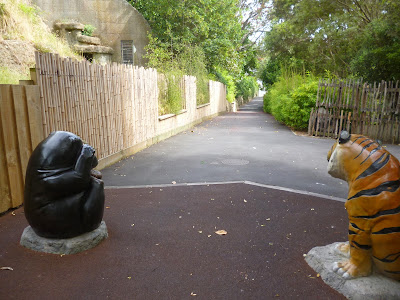 We made it to the zoo in time to hear the tiger talk and see the zookeeper feed the tiger. 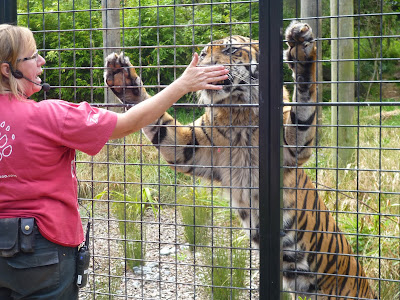 The Sun Bears were just sleeping and hanging out. 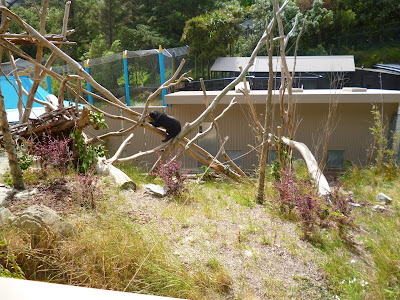 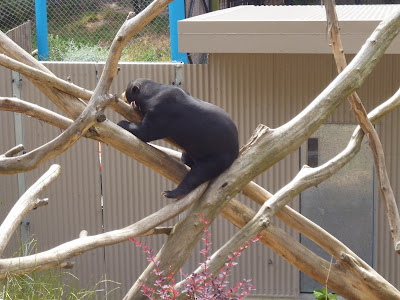 I'm not really sure what this dragon is all about - maybe something Lord of the Rings/Hobbit related? Anyways he's pretty rad. 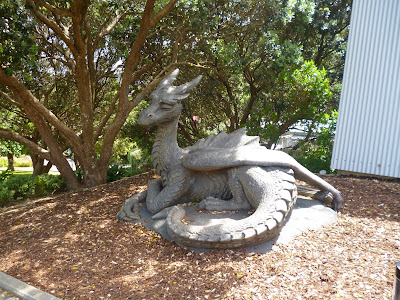 We went to the zoo hospital to watch a penguin have an x-ray - but it all ended up being a bit upsetting. Another exotic bird's heart had stopped and when we arrived the vets were trying to revive it. They tried to restart the poor wee birds heart for maybe 20 minutes but it wasn't meant to be and he died. It was all very sad, especially when all we turned up to see was the penguin x-ray! But that's how things go in the zoo I guess. We finally did get to see the penguin x-ray - he had hurt his leg and they were checking how it had healed. He was a feisty wee thing! We also saw these "preserved" animals at the hospital. Some people will find them super gross - but I thought they were pretty cool. 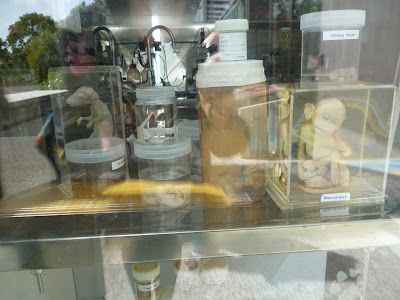 After all the sad times at the zoo - it was time to check out the pygmy marmoset - tiny and adorable. 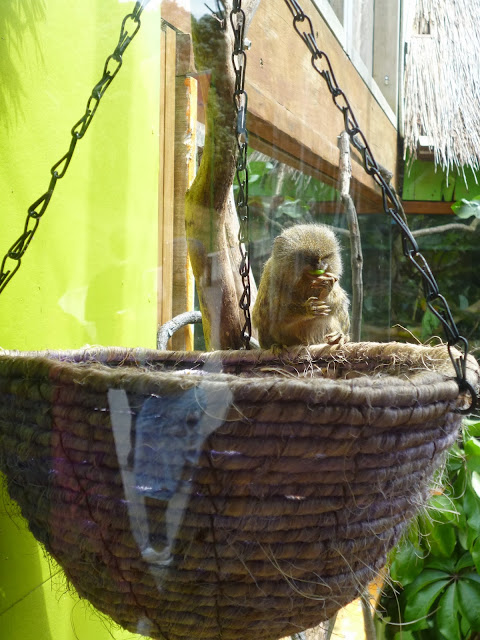 It was then time to check out some of the creepy, crawly things.....unfortunately it was hard to get any really good photos here. But they were huge stick insects, a lizard that looked like a snake and spiders the size of my hand. 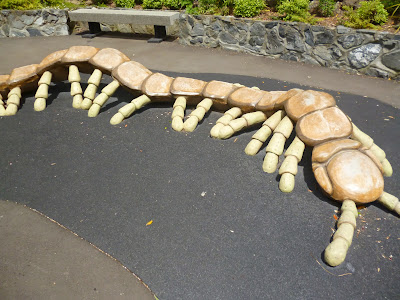 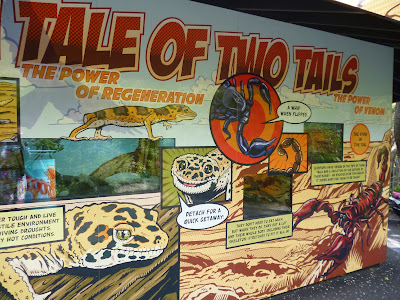 We stopped off at Nepal to see the Red Panda's and also check out some of the Nepalese birds - there was one with pretty metallic feathers. Also don't you love the Nepal enclosure with all the rainbow flags! 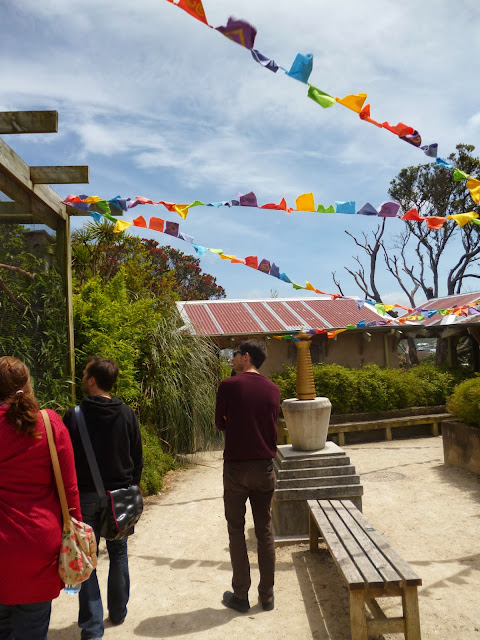 Next stop Africa, the lions were asleep - but there were some wise words on the gate of their enclosure. 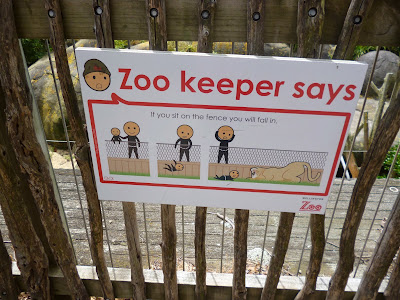 There is this "African Village" display at the zoo which includes two very fat goats - here's one of them. 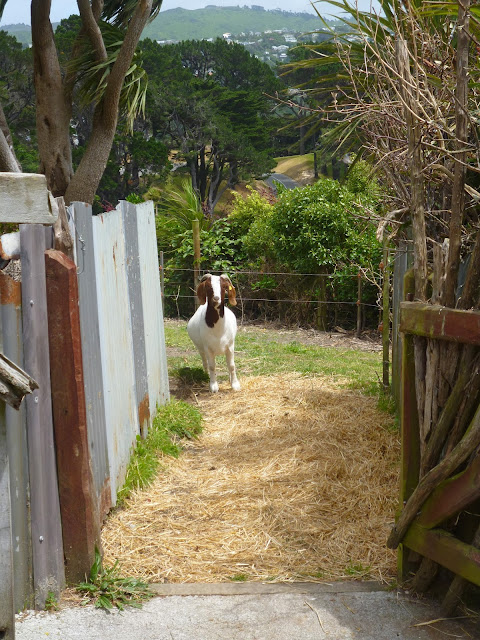 My favourite - the meercats are also part of the Africa display - how cute are they? 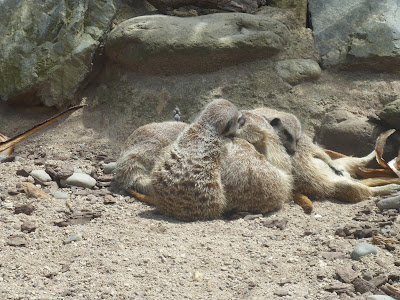 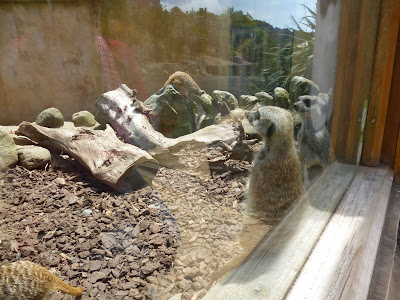 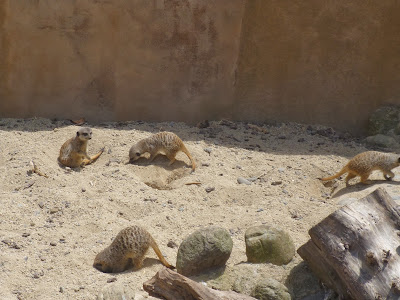 We also saw the giraffes and stopped by for the daily talk and got to feed them. They are so friendly! 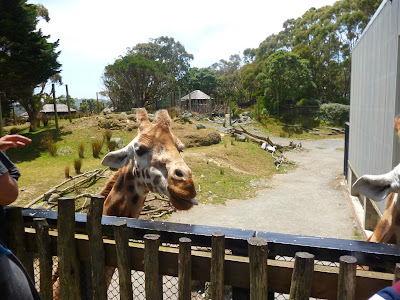 We also saw the chimps - but they were mostly sleeping in the sun. 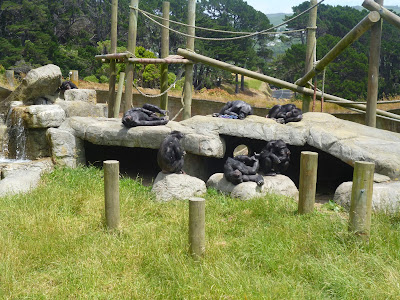 Also - because we live in Wellington, even our zoo has a fantastic view! 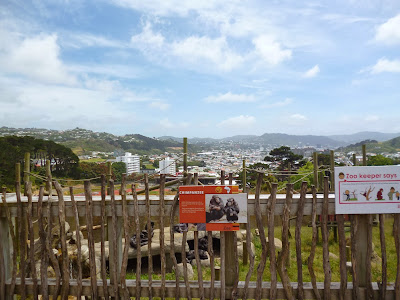 Soon it was time to visit our neighbours in the Australian area - after all, that's where the Tasmanian Devils are! 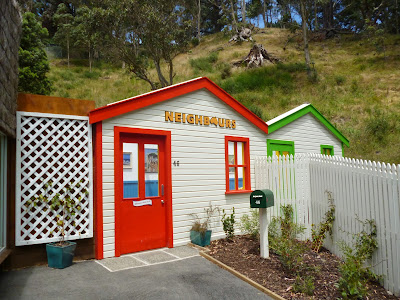 They had some pretty awesome prints in the entrance to the Australia area - including the Tasmanian Devils in space print. How did I NOT get a photo of that? Next time for sure! 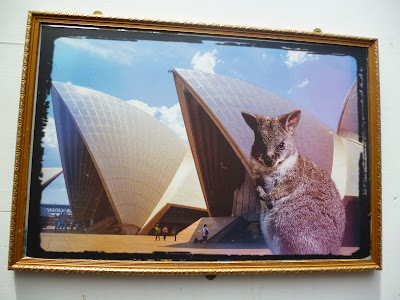 So here's the star of the show - the Tasmania Devil! They have four of them at the school. The zookeeper told us they are most active at dawn and dusk and tend to sleep most of the day. 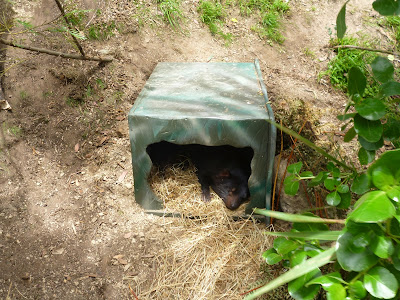 Fans of Aussie soaps may be familiar with a few of the places on this street sign. 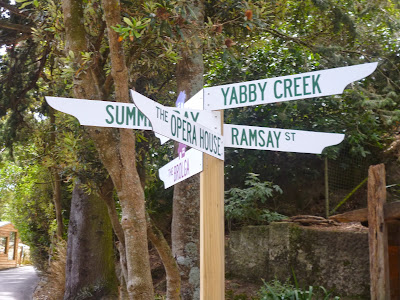 This lizard dude was pretty happy to see us. 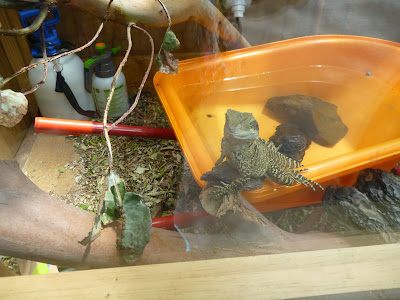 Some washing out to dry at the "neighbours" exhibition. 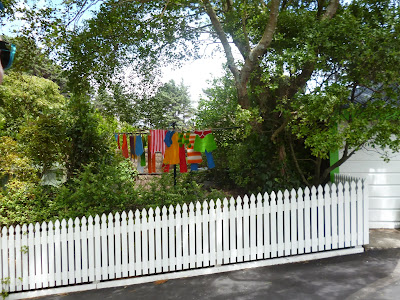 In the Australian section, some of the animals are wandering around free. I remember when I was young we went to Brisbane and visited a lot of animal parks and this was really common. At Wellington zoo you can hang out with the kangaroo, wallabies and emu! 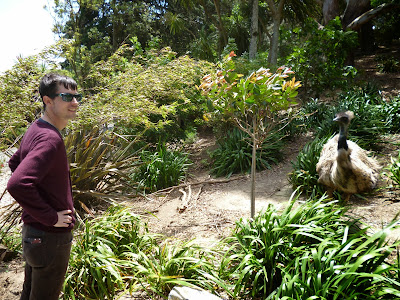 On the way out of the zoo we met up with a zookeeper who was showing off an Australian blue tongue lizard. We were allowed to "pat" him - he wasn't as cold as expected. 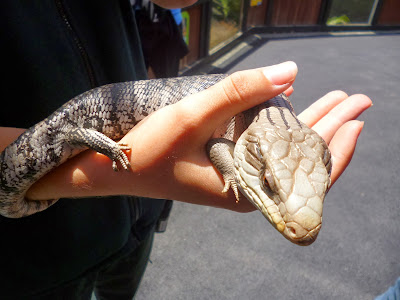 We left the zoo via the gift shop (as you do) I really wanted a postcard of some of the cool prints they had in the Australian area. Sadly they didn't sell any - fortunately I DID get to try on a pair of Tasmanian Devil ears. 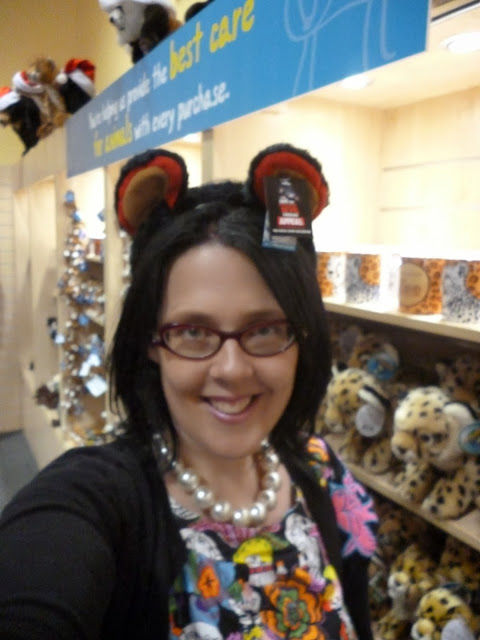 Well that was my most recent visit - as always the Wellington Zoo is awesome. I'm looking forward to my next visit early next year with the Wellington Sewing Bloggers Network.
Posted by Trees at 2:40 pm

I love a visit to a zoo or wildlife park! Tigers are magnificent creatures, they are one of my favourites, and who could fail to be charmed by meerkats! xxxx

i love animal so much :D

That's a great trip. I am reminded of the zoo in Zurich with that top-of-the-city landscape view.

Going to the zoo is one of my most favourite things to do! Wellington Zoo looks lovely; I love the view and the rainbow bunting! I've always wanted to see a Tasmanian devil, but I doubt that'll happen unless I visit Australia or New Zealand, though- we don't seem to get many of your amazing animals in our zoos here. I haven't even seen a koala! The sun bears are beautiful, giraffes are just lovely, and the preserved animals are kinda cool. It's a shame about the poor bird, but it's impressive that they spent so long trying to revive him. I'm sure some places wouldn't even bother.

I do love zoos that have free roaming animals. One I did work experience at had free roaming wallabies, maras, tiny breeds of deer, and peacocks, which was lovely as they had acres and acres of space to live on; everywhere you went you'd come across one or two relaxing or grazing. :)

aaaah i´m crazy about zoos too, it goes that far that i try to go on each travel to a local zoo, not everybody understand that ;) how cute are the tasmanian devils and the meercats, well each animal ^^
hope you had a wonderful christmas lovely!
kiss,mary

Hi, I'm from Invercargill but visiting Wellington next month! We plan on taking our 19 month old to the Zoo and I can't wait. Are you able to share where you got the 2 for 1 pases?