I've visited many many restaurants and cafe's in Asia that you would never find in New Zealand - I've visited two Hello Kitty Cafe's, a Charlie Brown Cafe, numerous super girly and fairly tacky Italian restaurants in Korea, restaurants with swings instead of chairs and I will NEVER forget the maid cafe I visited in Tokyo - that was one of the strangest experiences of my life.

However - a few weeks ago I had a whole new dining experience at the "Modern Toilet Restaurant" in Taipei. Yes, that's right, a toilet themed restaurant.

The food at the restaurant was actually pretty good, so many themed restaurants have terrible food. However, there did seem to be a lot of curry on the menu which I guess fits with the toilet theme.

So let's start with the entrance to the restaurant - it's true they can make anything in asia cute. Including toilets and poo. 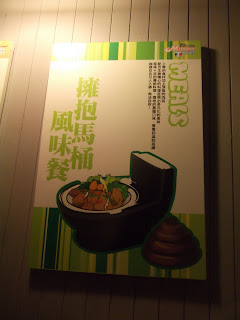 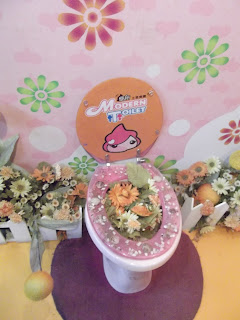 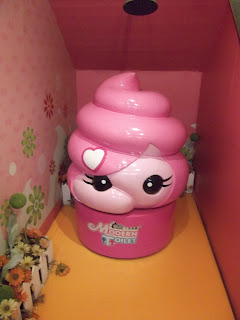 Next up is the menu, some restaurants use little symbols to indicate which meals are popular - guess what symbol was used to show popularity in the Modern Toilet Restaurant. 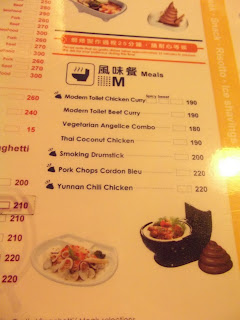 Just in case you're wondering what you sit on in a toilet restaurant -here it is! Toilets with delightfully tacky lids. I think my was sunflowers. I know Lisa was very patriotic and got to sit on the American Flag. 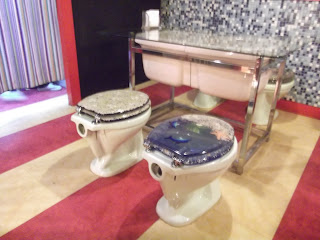 Next up is the food - here's Rich enjoying his curry directly from a toilet shaped plate. 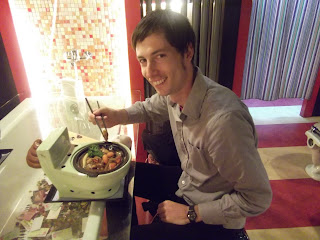 Here's my dinner - its gratin in a bath tub! I actually thought the bath tub was pretty cute. 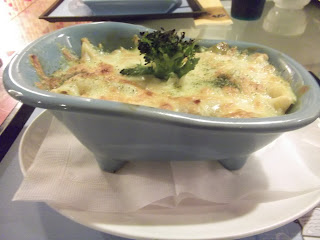 Here's the little envelope our spoons and chopsticks arrived in - it's pretty cute but I think kissing a toilet is always a bad idea. 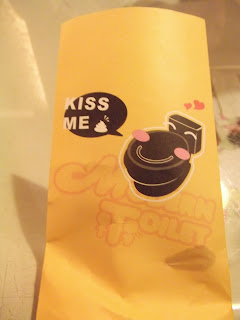 We all bought meals from the set menu, which meant we all had dessert. In the form of an ice cream served in a squatter toilet. 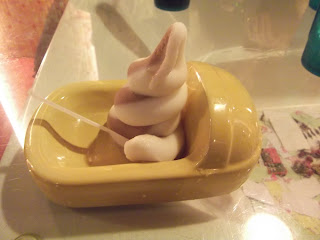 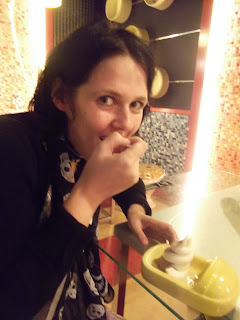 I just thought I'd share a photo of the hand basin - yes - it's a toilet (again). 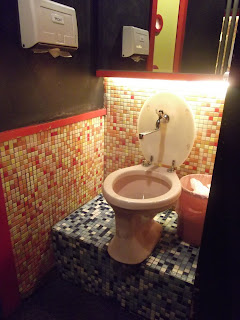 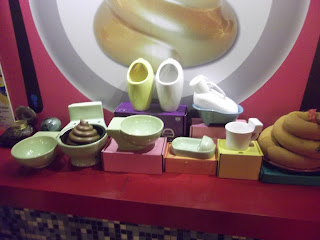 No toilet plate is complete without a poo shaped warming cover. 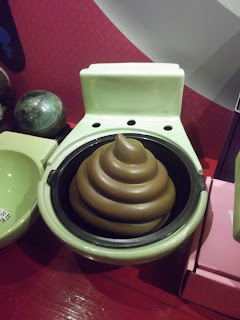 As we were leaving I decided to have a photo taken with the pink poo mascot outside the restaurant. 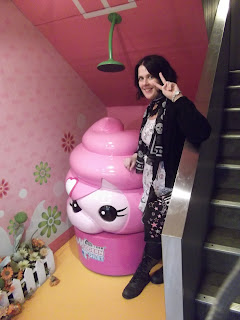 Here's a photo of Lisa and I outside the restaurant - if you ever want to visit the modern toilet in Taipei , just looke out for the giant toilet. 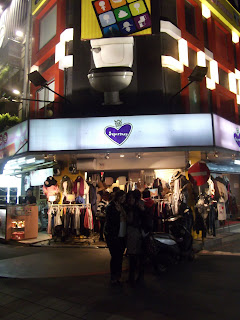 So you would think that visiting a toilet restaurant would fill our quota of strange dining experiences for one night.We thought so too - until we found this sign. 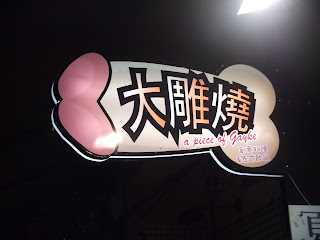 It was a sign for a stall at the night market - what where they selling you may ask? Well they were selling these. 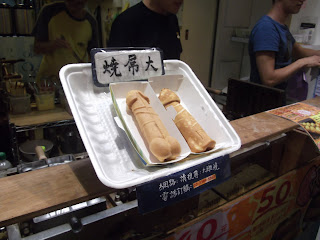 In case you were wondering - there is a sausage inside these as well as cheese. Our friend Aaris bought one. 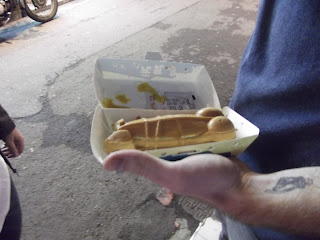 I'm sure you had heaps of fun!

It was a unique experience that's for sure^^