On Sunday Rich and I visited Seoul to catch up with some friends and watch a film.

One of our friends, Camille, attended Ewha Women's University and we were watching the movie at "Arthouse Momo" which is the cinema based at the University.

Whilst we were waiting for the movie to start, Camille gave us a tour of the University grounds, which seems to be a mix of the historic and the modern.

I really liked the buildings in the last picture - although Rich referred to it as a "bunker" I thought it was a really good use of space. Maybe I'm just super modern in my taste in architecture? 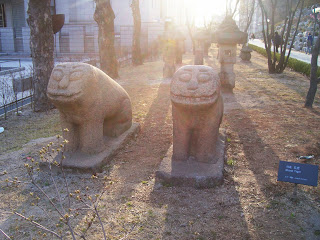 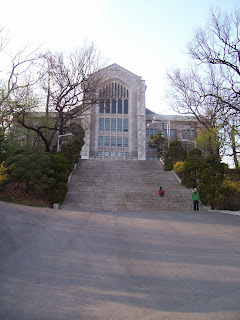 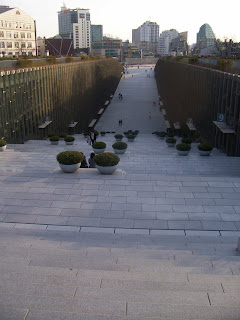 The movie we decided to watch was "A Serious Man", which is of course the lastest Cohen brothers movie (and movie 19 for 2010). When I first left the cinema, I thought I liked this film. But the more I thought about it, the more unsatisfied I felt about the ending. Perhaps the film is meant to make you feel this way? If it is then it was a total success. 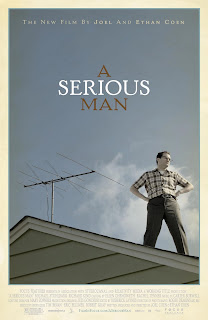 We finished off the night with a coffee at the "Charlie Brown Coffee Shop" which is near Ewha Women's Univeristy. The cafe sold pretty standard cafe fare - lots of different kinds of drinks (I had a milk tea) and Charlie Brown themed cakes, but it was a great way to finish off a weekend. After all, who doesn't love a themed cafe. 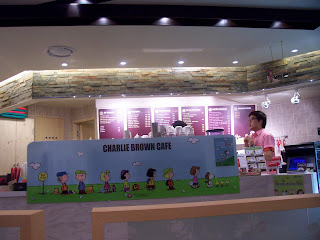 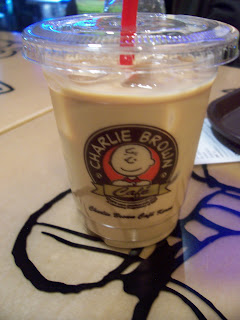 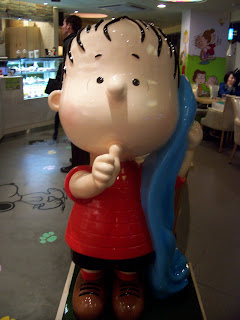 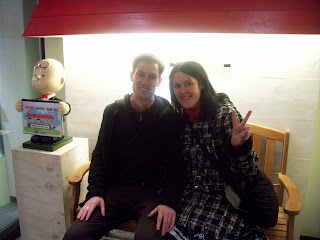