For a while now, Rich and I have been wanting to attend "Double Bill" which is a cool movie night event held on Sunday night's in Hongdae.

However, other events kept happening and we kept on putting off attending a Double Bill film screening. But last weekend we finally made it along and I was so happy we did. The space where the movies are screened (which is a bar/cafe) is really amazing and has a really good vibe and the organisers were also really friendly. 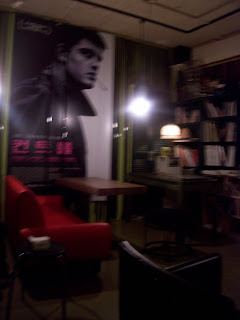 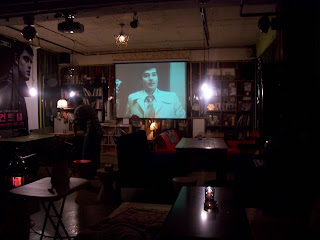 Only a few people turned up to the screening that night but that's ok because there's not a lot of space at the venue. The main event that night was a very cool Japanese film called "Adrift in Tokyo", it was great to have a chance to watch this movie as we rarely have a chance to watch Japanese movies in the cinema as they all have Korean subtitles. It's also movie 21 in my 110 movies in 2010 New Years Resolution challenge. 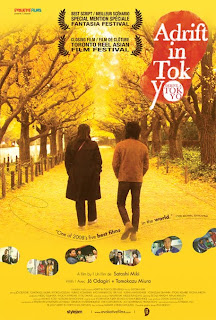 We finished off the night with dinner at a Mexican restuarant we liked, all in all not a bad end to the weekend.
Posted by Trees at 5:08 pm

How was the Mexican food?