Although you are reading this in 2016, this dress was my last make of 2015. Although I'm not actually happy with the outcome, I'm not totally sad about the project either. 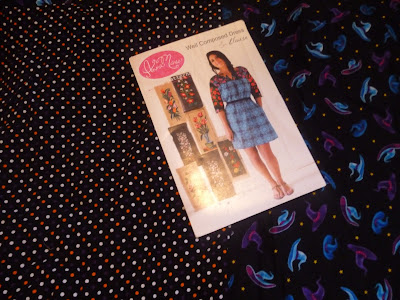 The pattern I used was the Well Composed Dress by Anna Maria Horner I bought this pattern in Portland and its the first of my USA sewing finds I actually decided to use for a project. The spotted fabric is a fabric-a-brac find and the witches hat fabric I bought from Wellington Sewing Services in Kilbirnie.

The pattern can be made as either a top or dress with elastic casing or without, I obviously chose the dress and in the spirit of not always taking the easiest option I decided to to the casing but inside the dress (in the picture above the casing is a design feature on the outside of the dress). 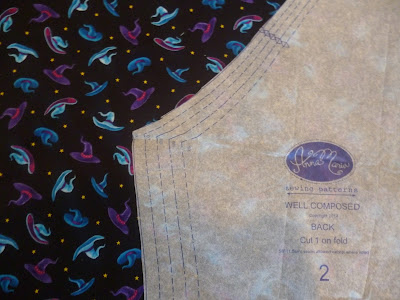 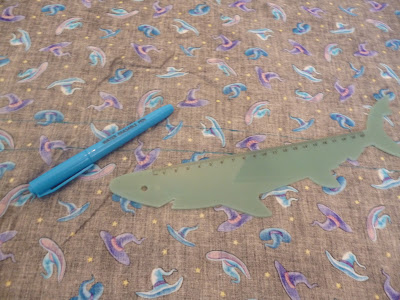 The actual construction of the dress is pretty easy although I found the instructions a bit confusing at time, so some of the construction I just made up (which I've been doing a lot lately). I had the shark Vany gave me for Halloween along for the ride to mark up the casing for the waist. 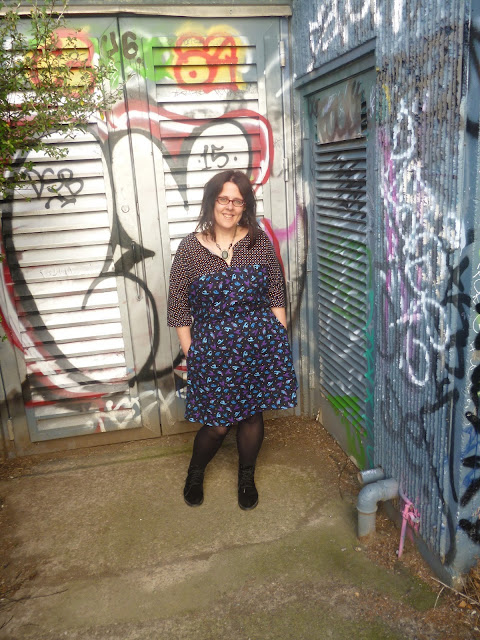 Here's the thing about the final dress - I just don't like it and I don't think it likes me much either. I think I should have gone down a size (story of my sewing life) but that's not really the only problem. This dress came out pretty much as I imagined it would - but when I put it on my body I'm just like "whatever". 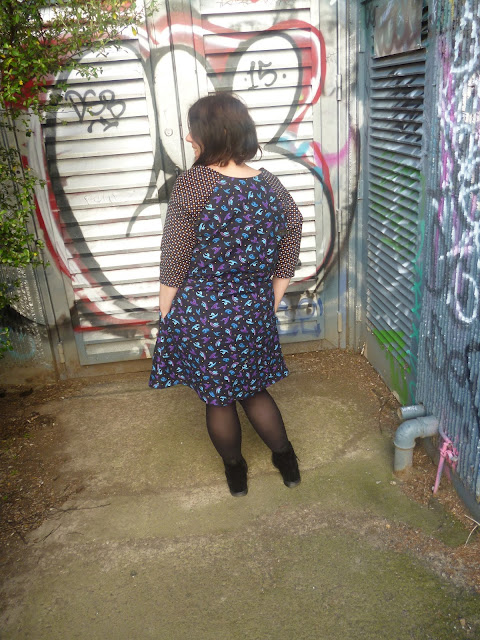 These photos were taken in a walkway near our house, it links Willis Street and Ghuznee Street. I thought it might be fun to take photos up here rather than the courtyard - but with a motorway on one side and plenty of graffiti on the other I guess its all a bit "urban decay" or whatever. 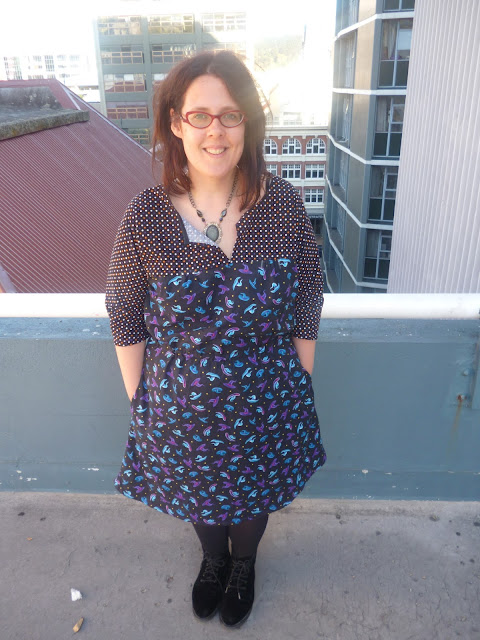 This photo was taken just beyond the walkway, at least it has a view - unfortunately it is a car park.

So my thoughts on this dress - well its a size too big, but I was able to sew it up easy and didn't make the simplest version because it was easy. I doubt I will ever wear it, but at the same time I learnt a few things and I'm finally coming to grips with the fact that even though something may not have come out right doesn't mean I'm at "fault" somehow. This isn't a great dress and its not doing me any favours, but that's not actually any fault of my own. Ultimately this one will be destined for an op shop or Recycle Boutique, but hopefully it will find someone out there in the big wide world that will love it.  Now onto better projects for 2016!
Posted by Trees at 4:14 pm

I know you're not happy with it, but I actually think it looks great, in general and on you! You did a good job with it and I'm sure you'll easily find someone who will give it a good home. xx

you certainly have reason to smile in 2016..

Sorry the dress doesn't love you but I'm glad you put a positive spin on it anyway, yay learning! And also yay not following instructions, I do that pretty much all the time right now. Lol :)
I think the proportions of the yoke at the top are probably one of the reasons the dress doesn't love you, it seems like it swamps you? Sizing... what a pain!
Looking forward to next year's hijinx :)