I'm not going to lie to you guys - this Queens birthday weekend was pretty much the worst long weekend EVER.

I had my plans laid out - I knew Rich had quite a bit of study to do, so my simple plan was Armageddon with Ria on Saturday, Craft day at a friends house on Sunday and finally a day spent with Rich celebrating our twelve year anniversary on Sunday.

The only thing I was able to do was go to Armageddon, and when I was at that I was feeling a bit iffy.

I'm sick, sick, sick, sick.....I went to the doctor and held told me it could be a virus or an infection? So take some painkillers and keep warm for a few days and if you get XYZ syptoms then move onto the big guns - the antibiotics *sigh*

I'm going to be honest with you guys, because of the "sickness" I didn't enjoy Armageddon as much as I did in past years.

Also I ran out of time to get a "real" costume together, which I was a little sad about. It's always much better when some cosplay is involved.

I took this photo walking to the stadium where the event was being held - those guys in front of me are actually stormtroopers. 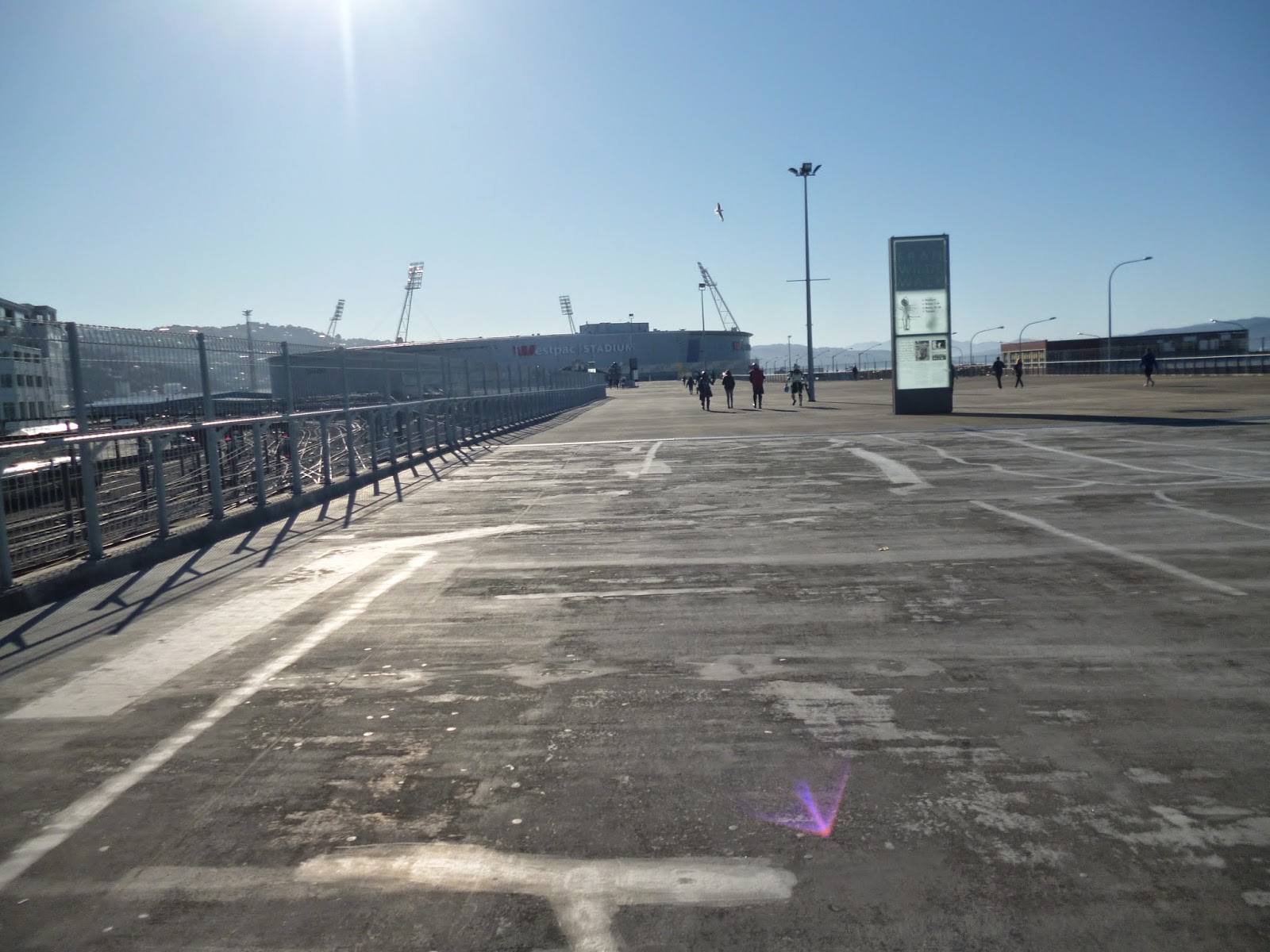 This year was much bigger and busier than previous years - I'm not sure if I like it being so busy, or maybe I didn't like it because I was feeling kind of sick. Who can tell. Anyways this year Ria had a stall with a couple of her friends.

Here's some of the pretties they had for sale at their stall - so many fun things! 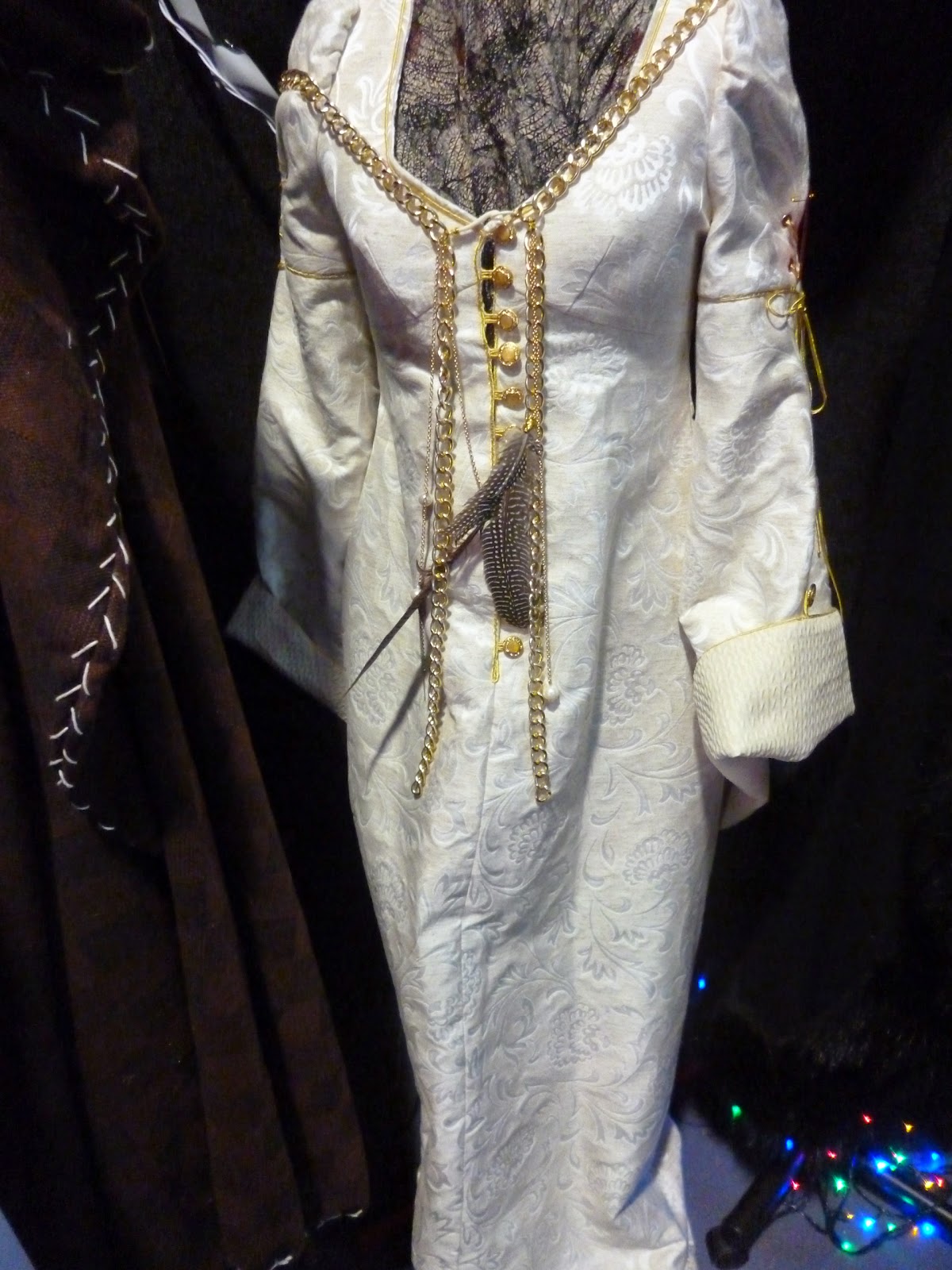 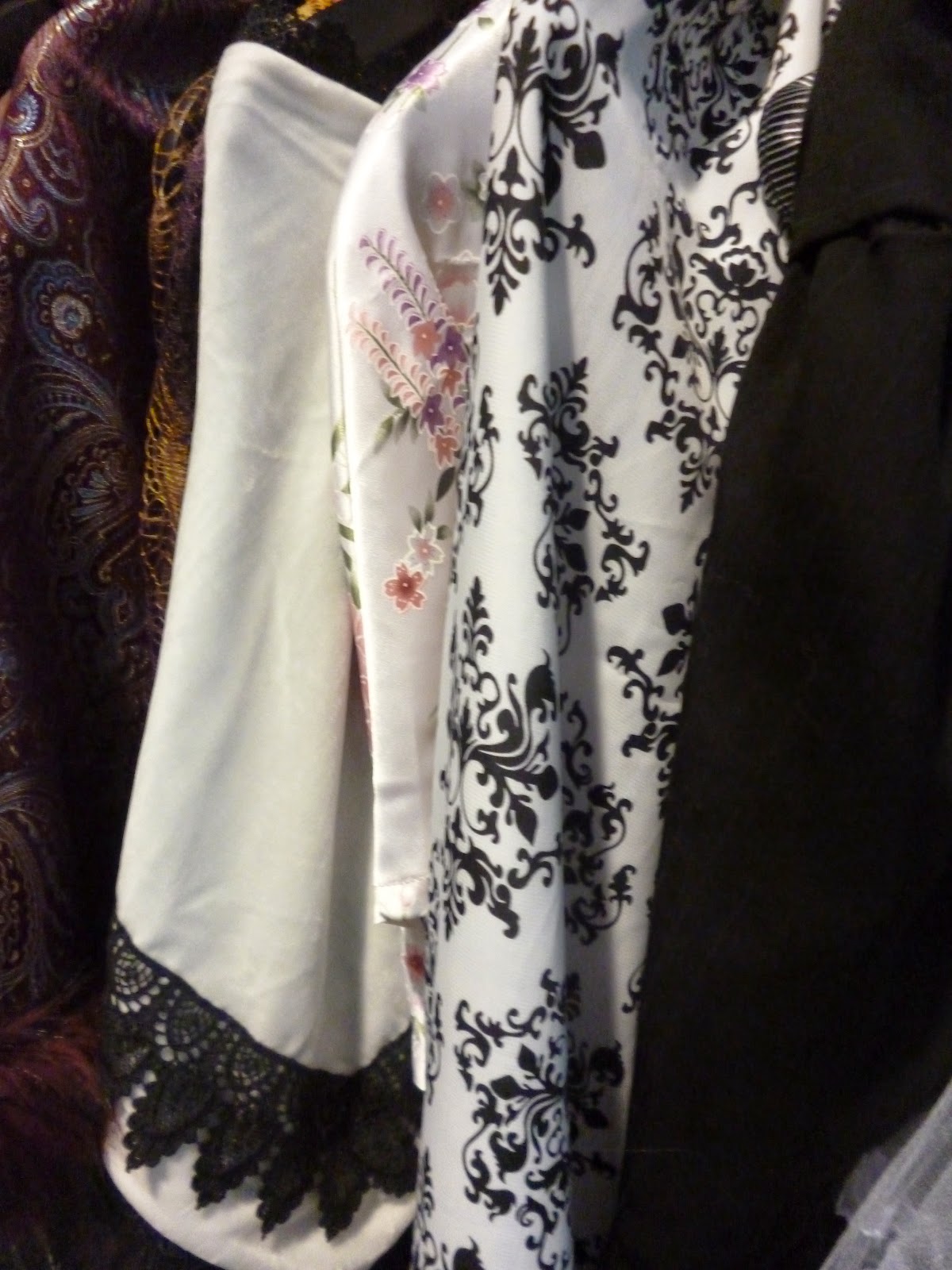 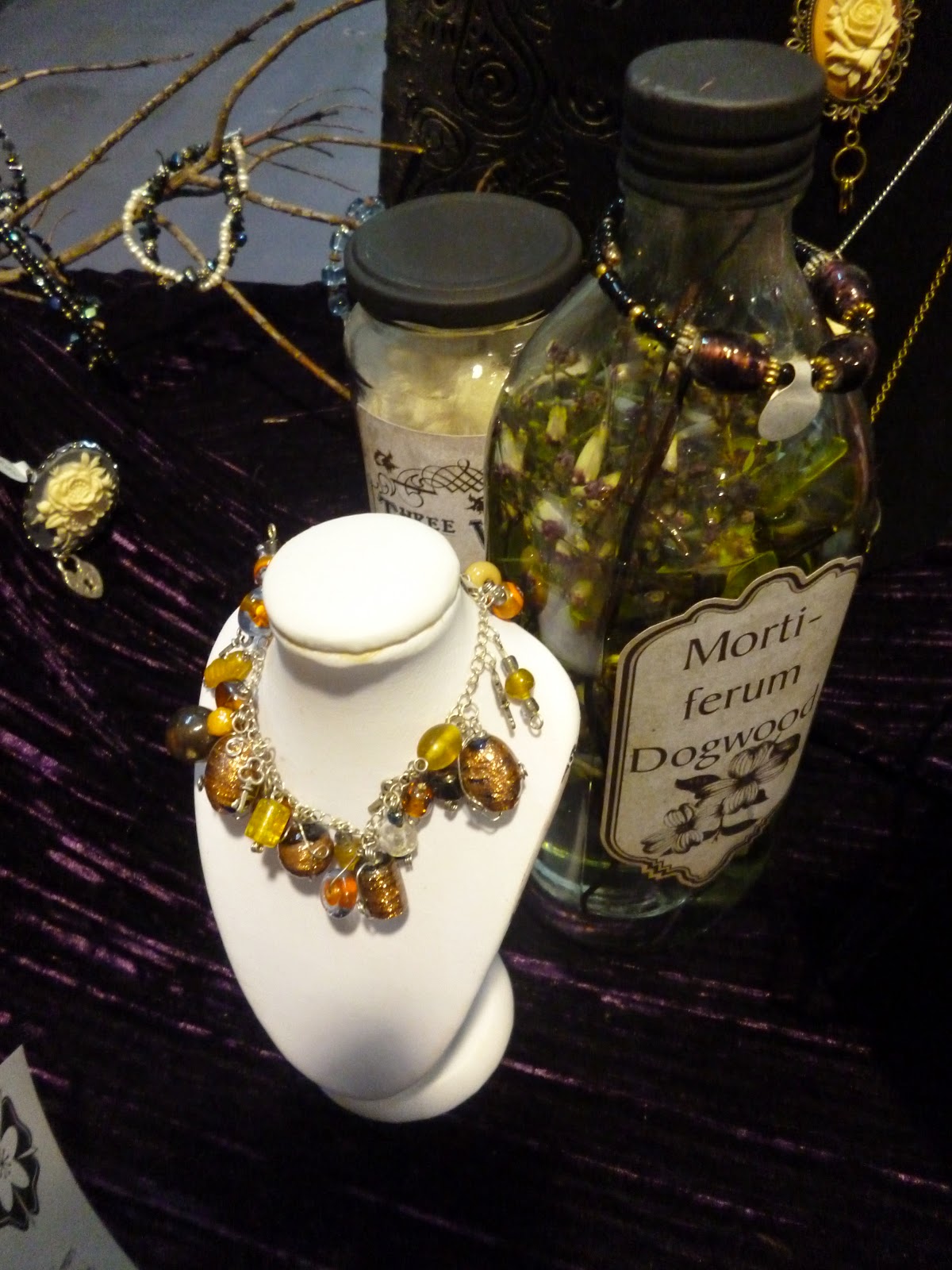 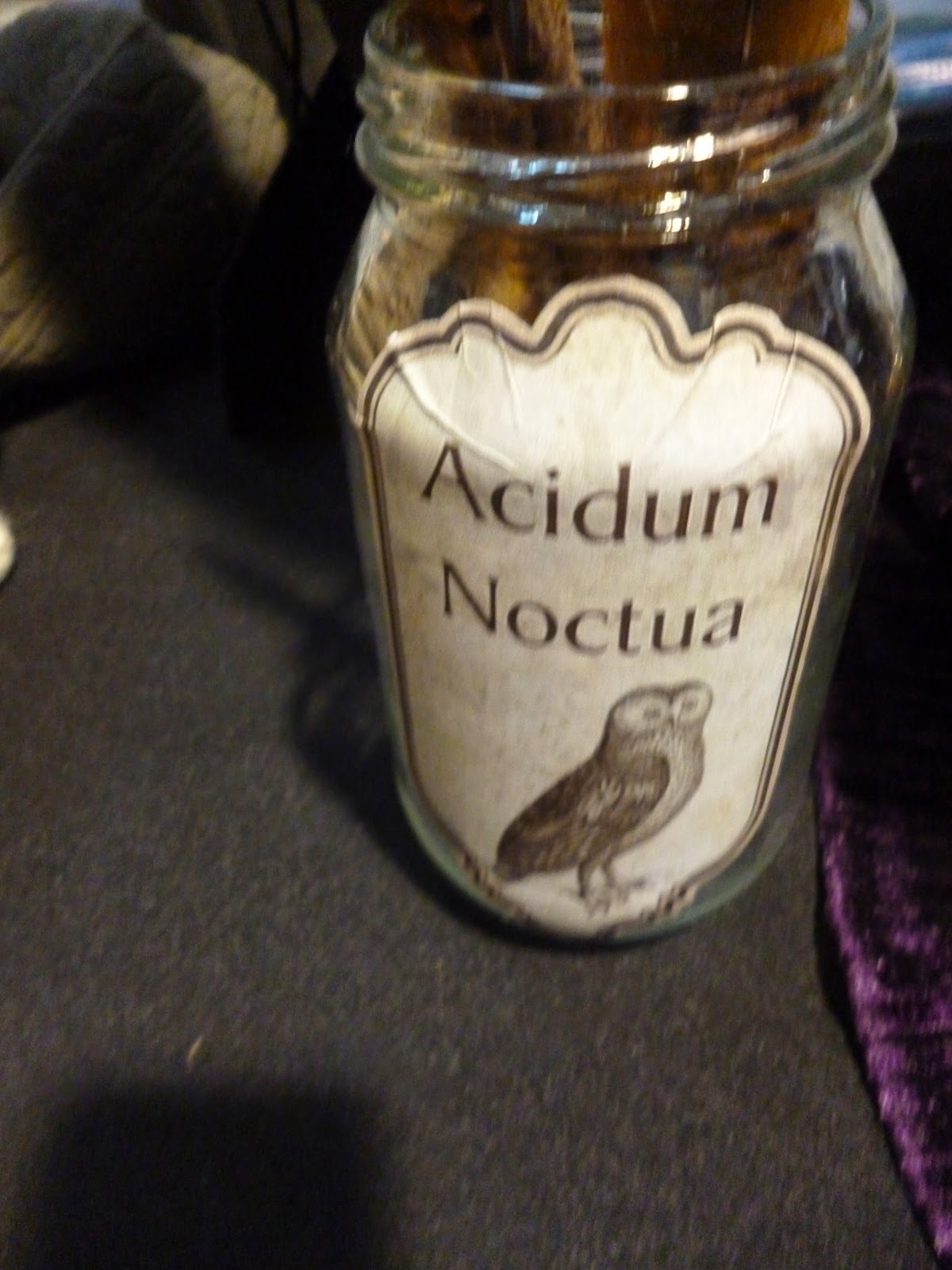 Look at the tiny legos in this necklace - how cute! 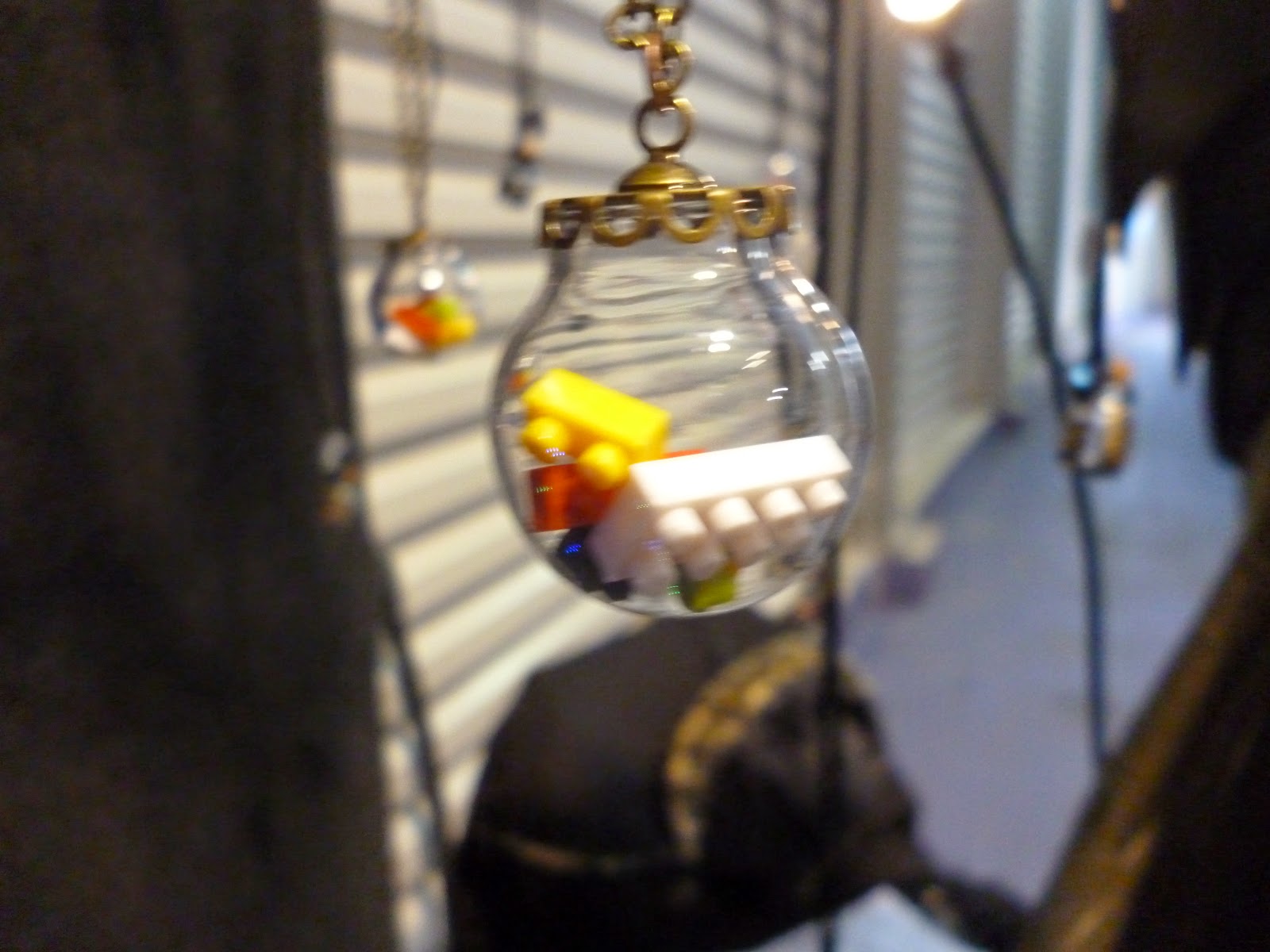 Hair bows to let you live out your sailor moon dreams! 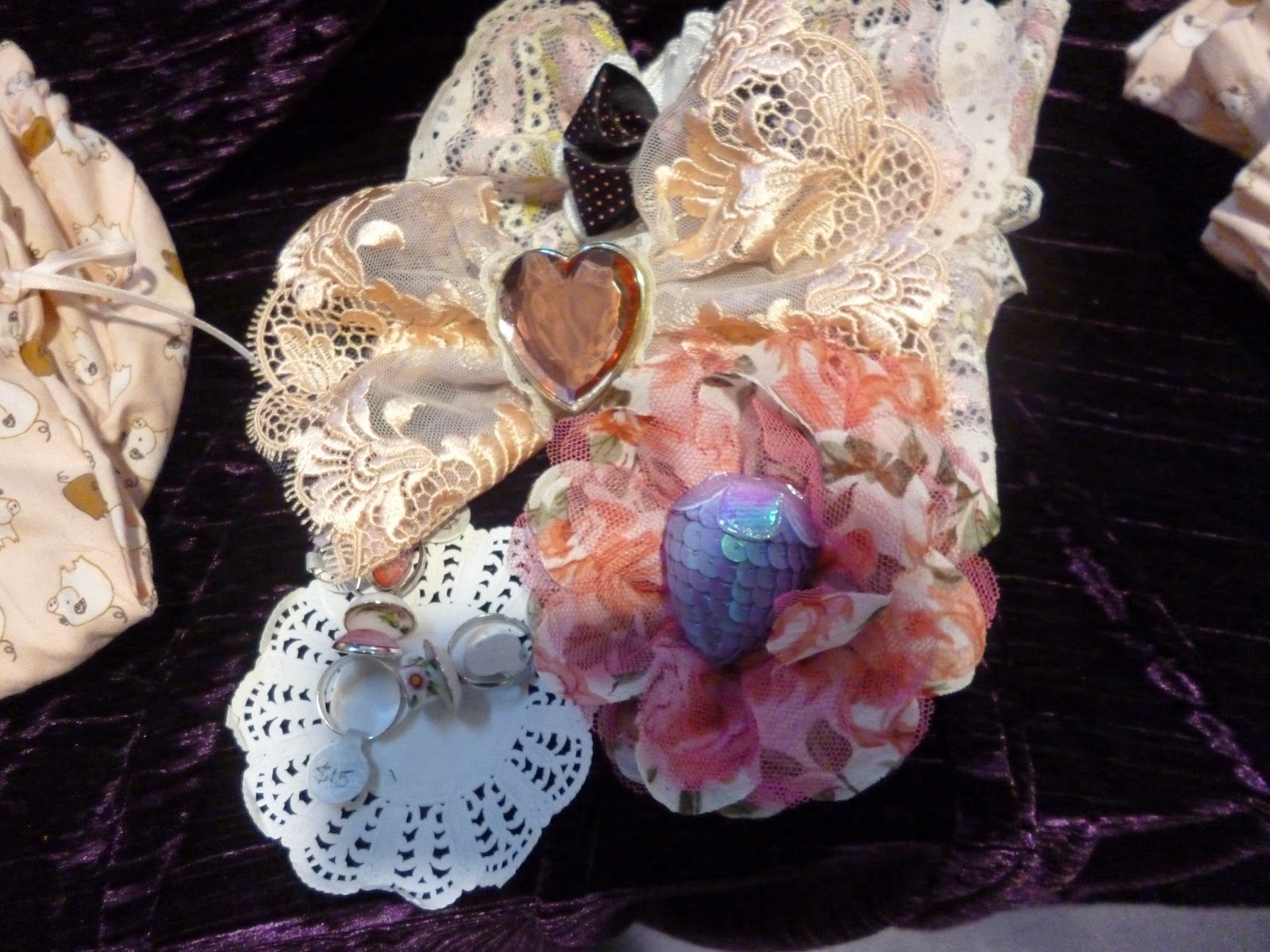 Look at the tiny pigs on these bloomers - squee! 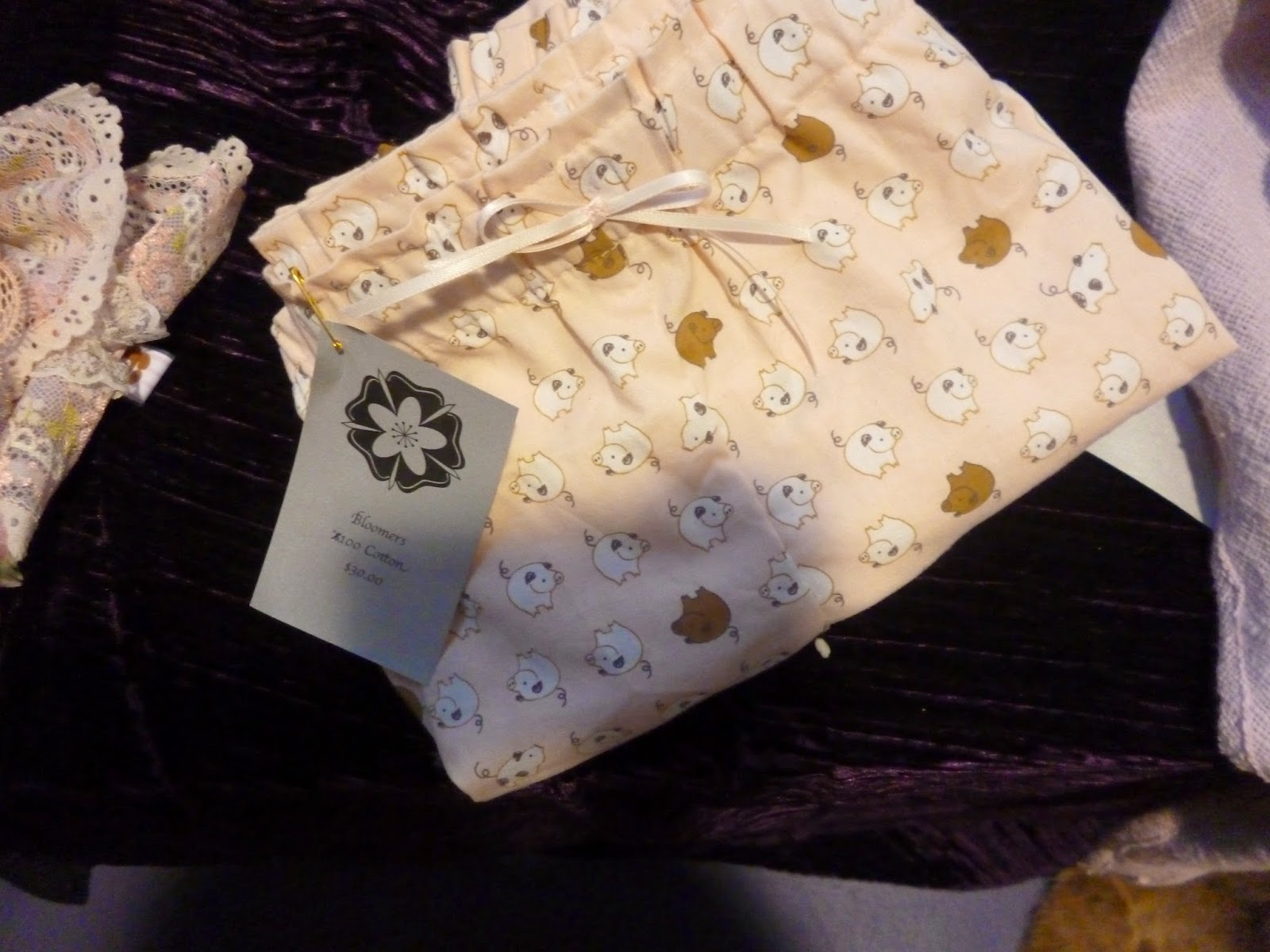 One of Ria's friends was doing hair and make up styling and also putting on elf ears at the stall -this was her impressive kit! 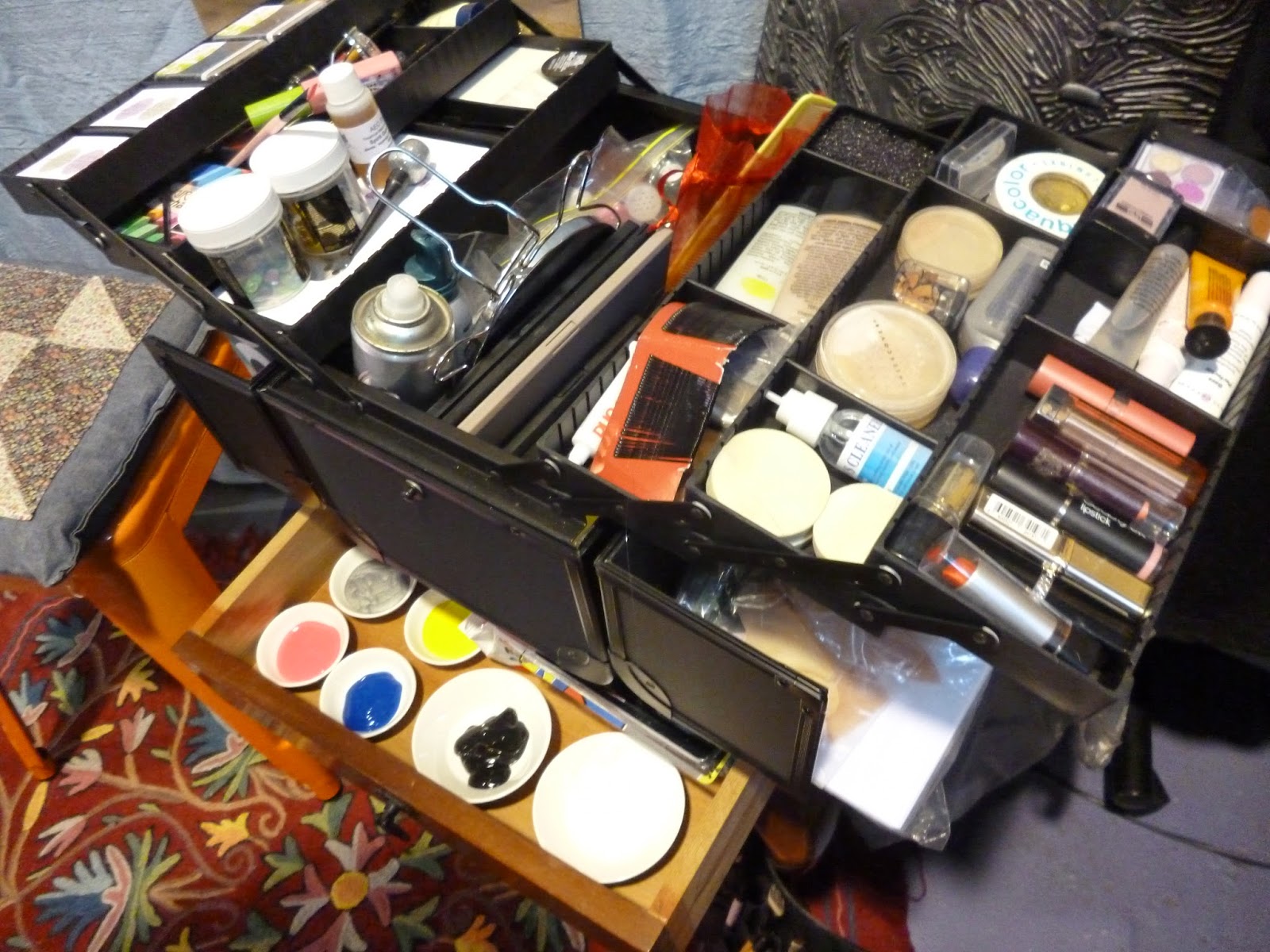 Also there was a very good collection of lollies at the stall - we caught at least one kid stuffing his pockets with lollies! 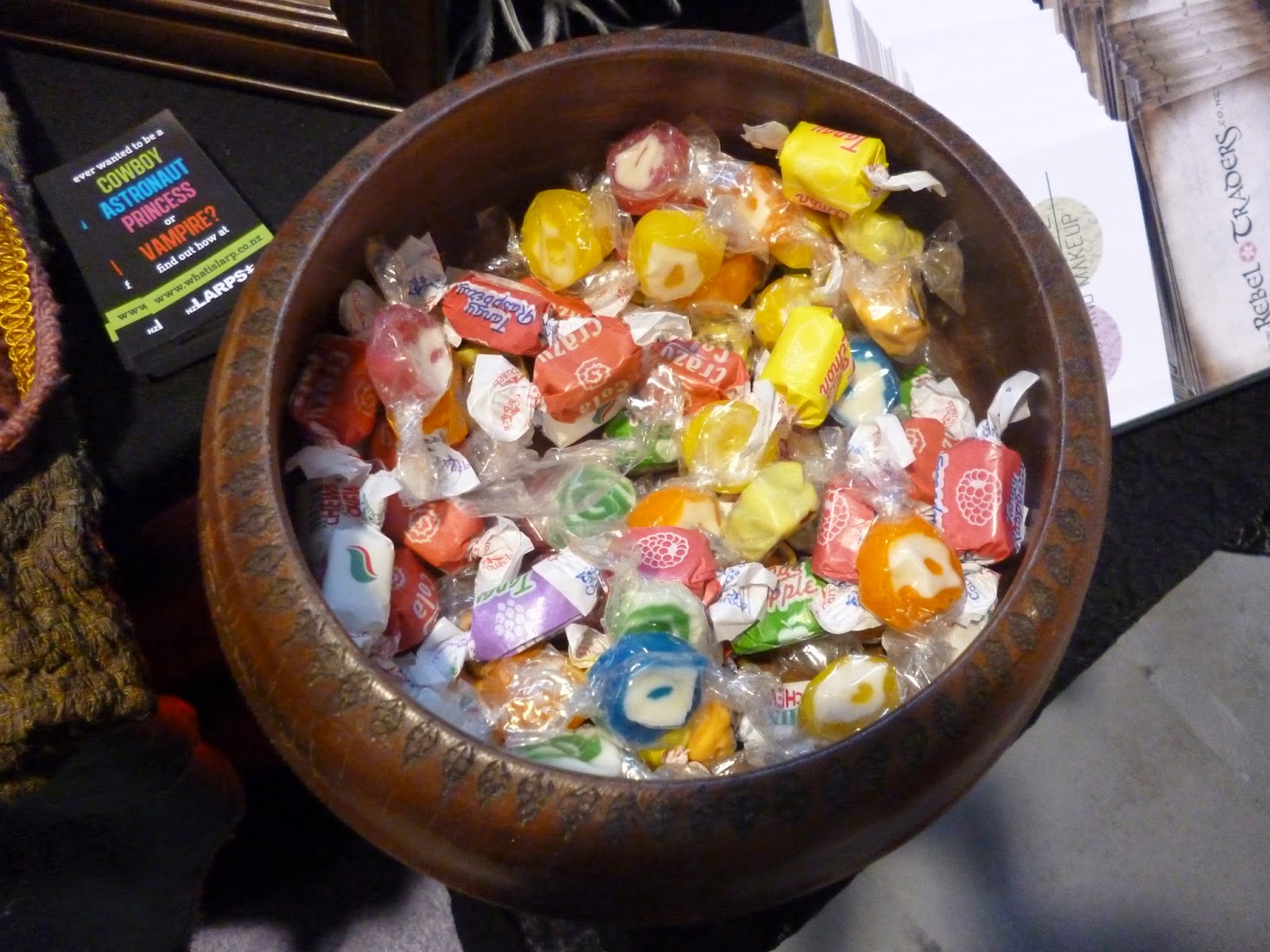 I decided to take a stall selfie - because reasons. Also I am wearing green horns, because its Armageddon. 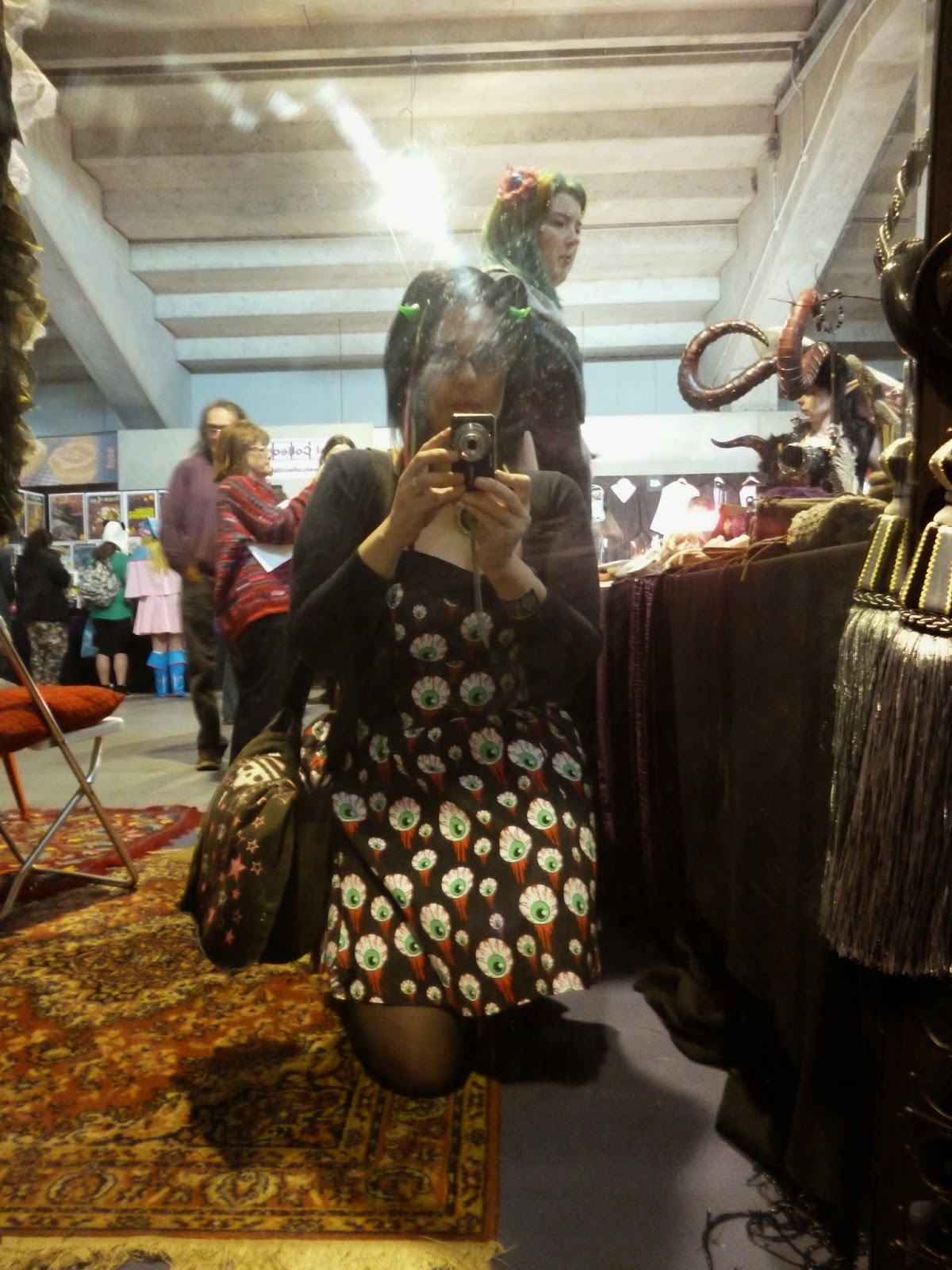 I'm going to be honest with you guys, I wasn't as impressed with costumes this year as I have been other years. But I really think its because I was feeling sick and uninspired. 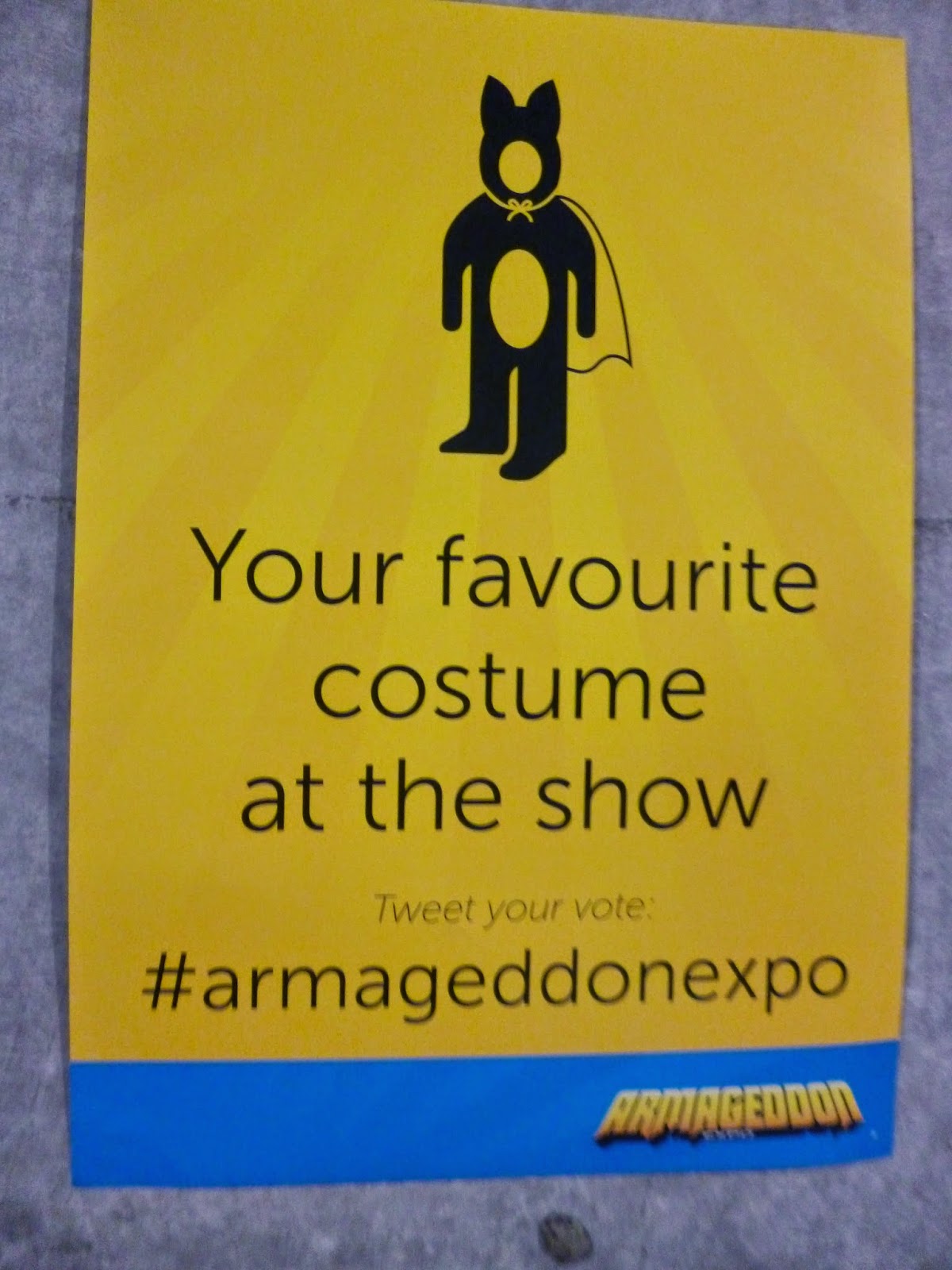 However, I was pretty wowed when I met Sally from "A Nightmare Before Christmas". Also I have decided never to straighten my hair again - just let it work its wild, messy magic. 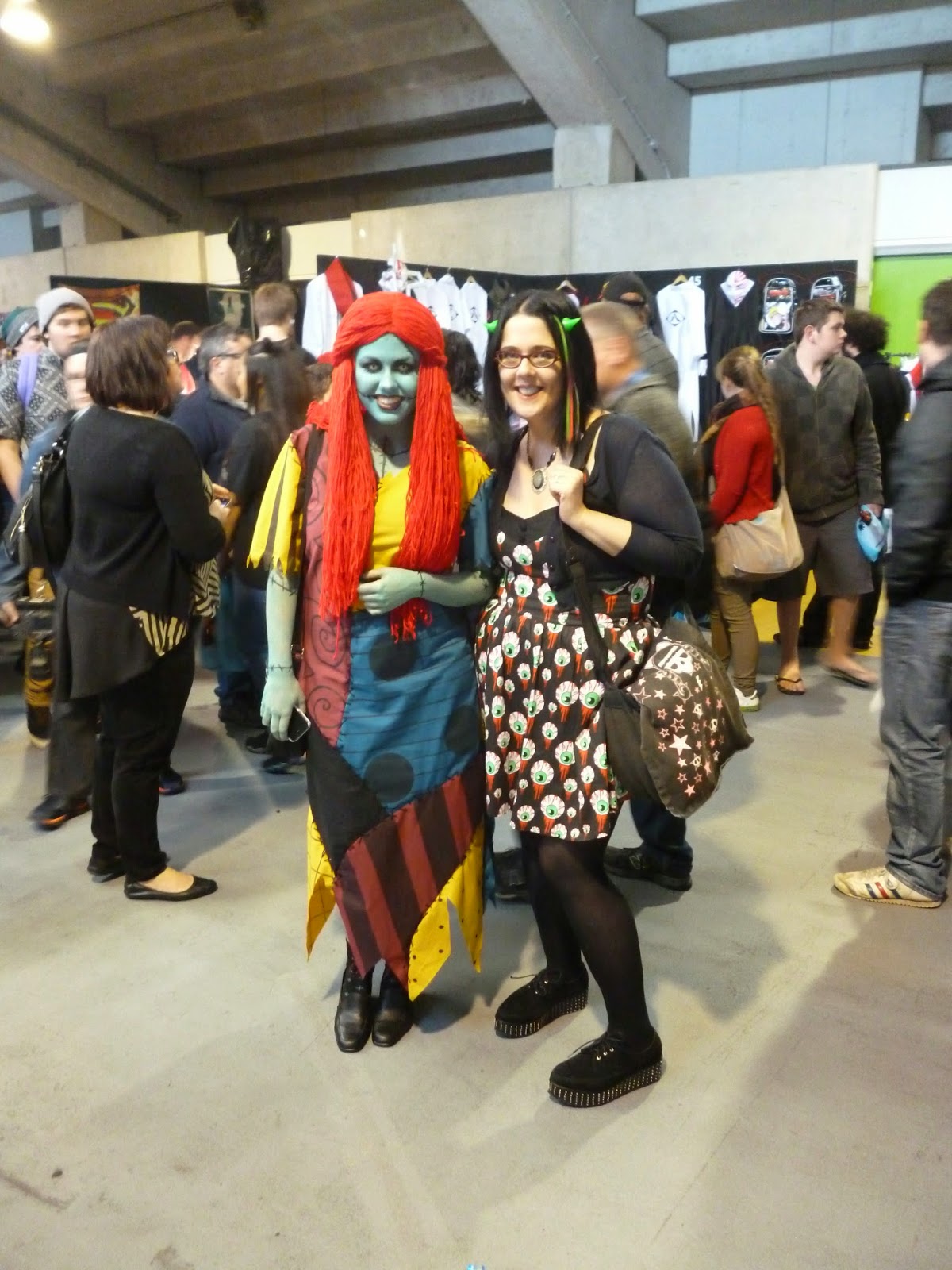 I was also lucky enough to meet someone from Gallifrey - impressive right? 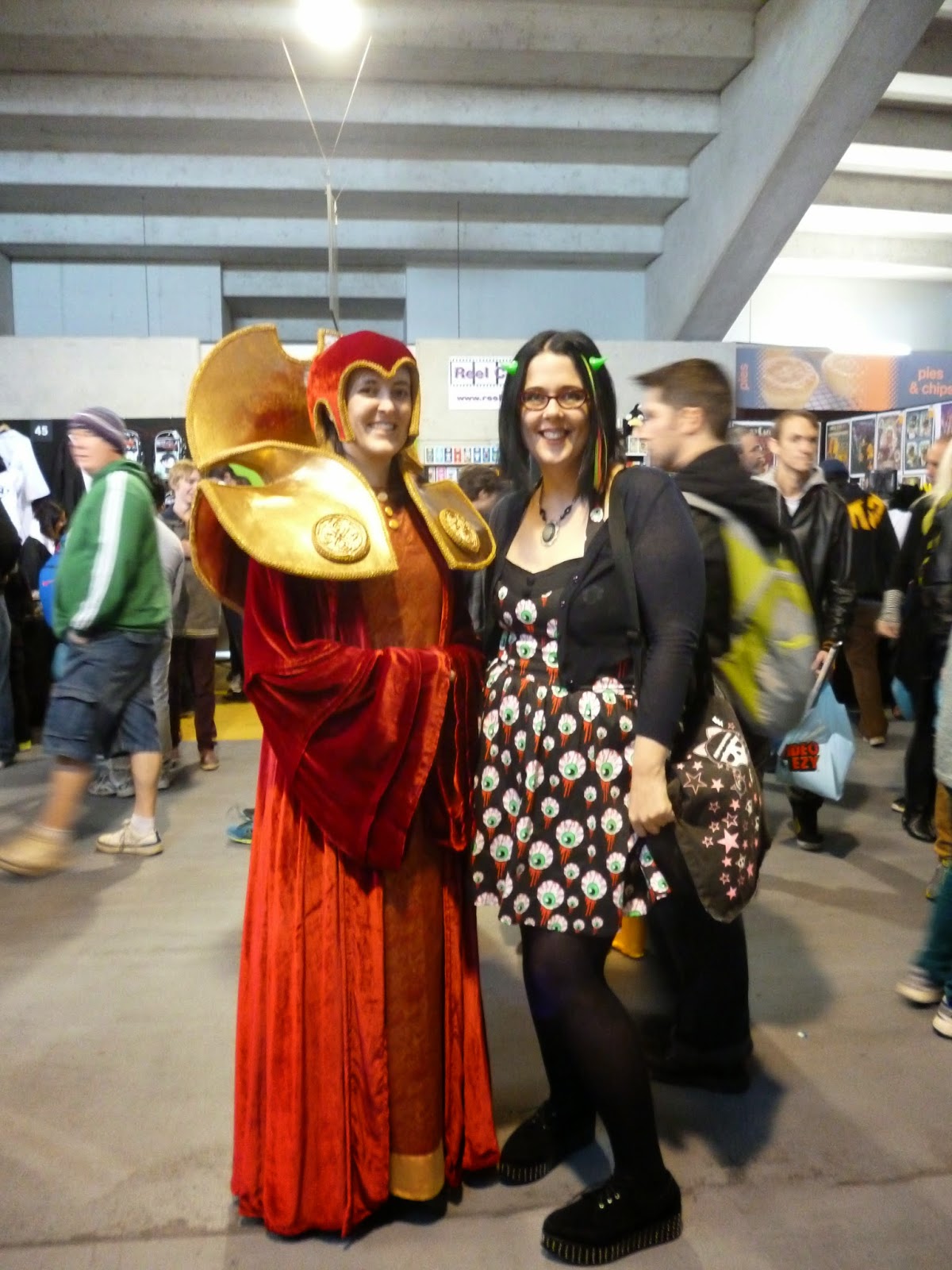 This lady made the impressive shoulder thingee with some stuff called Worbla that she bought from Ria. 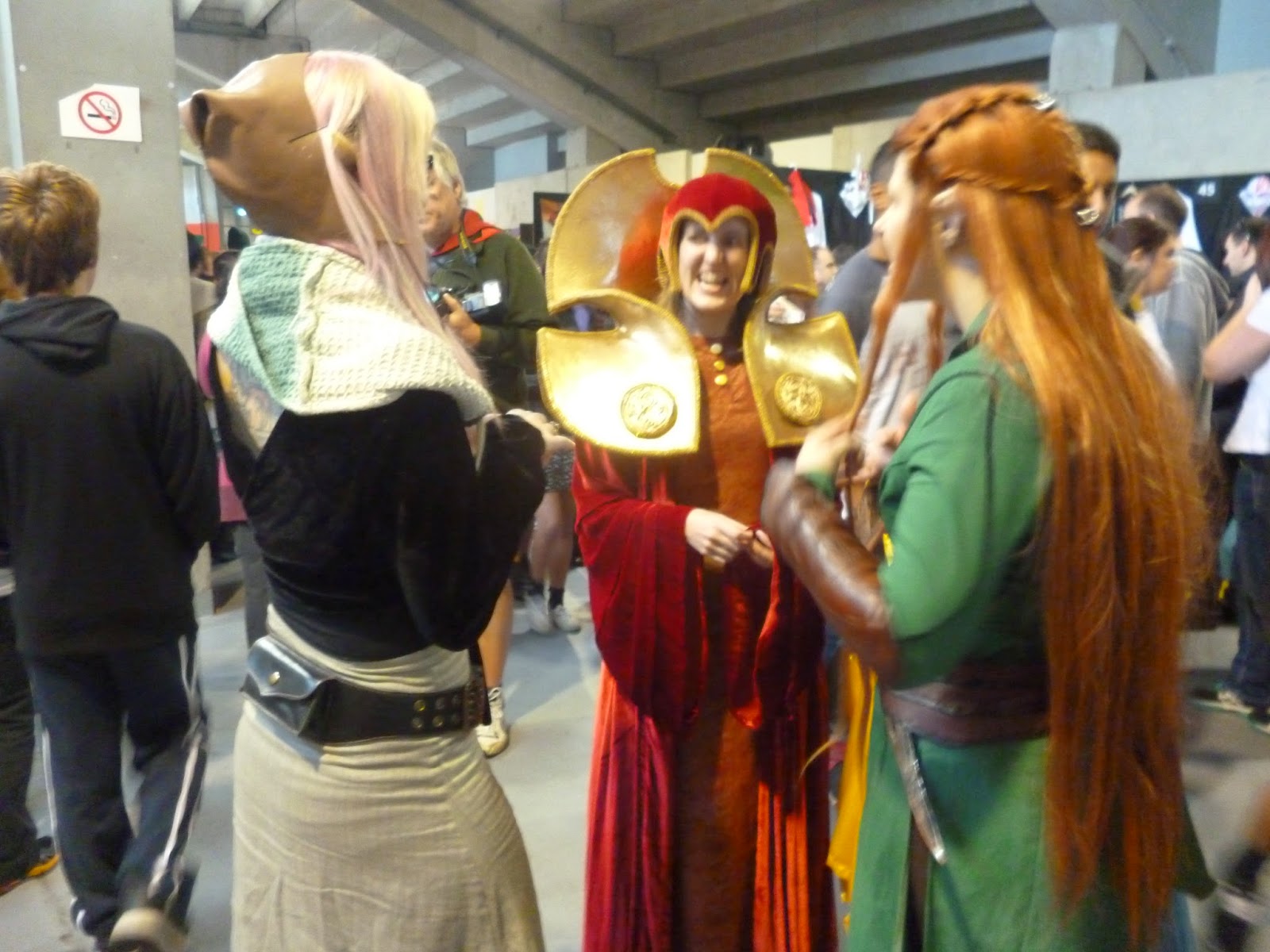 I nearly forgot Ria's costume was amazing - duh! Although she had multiple costume changes throughout the day. 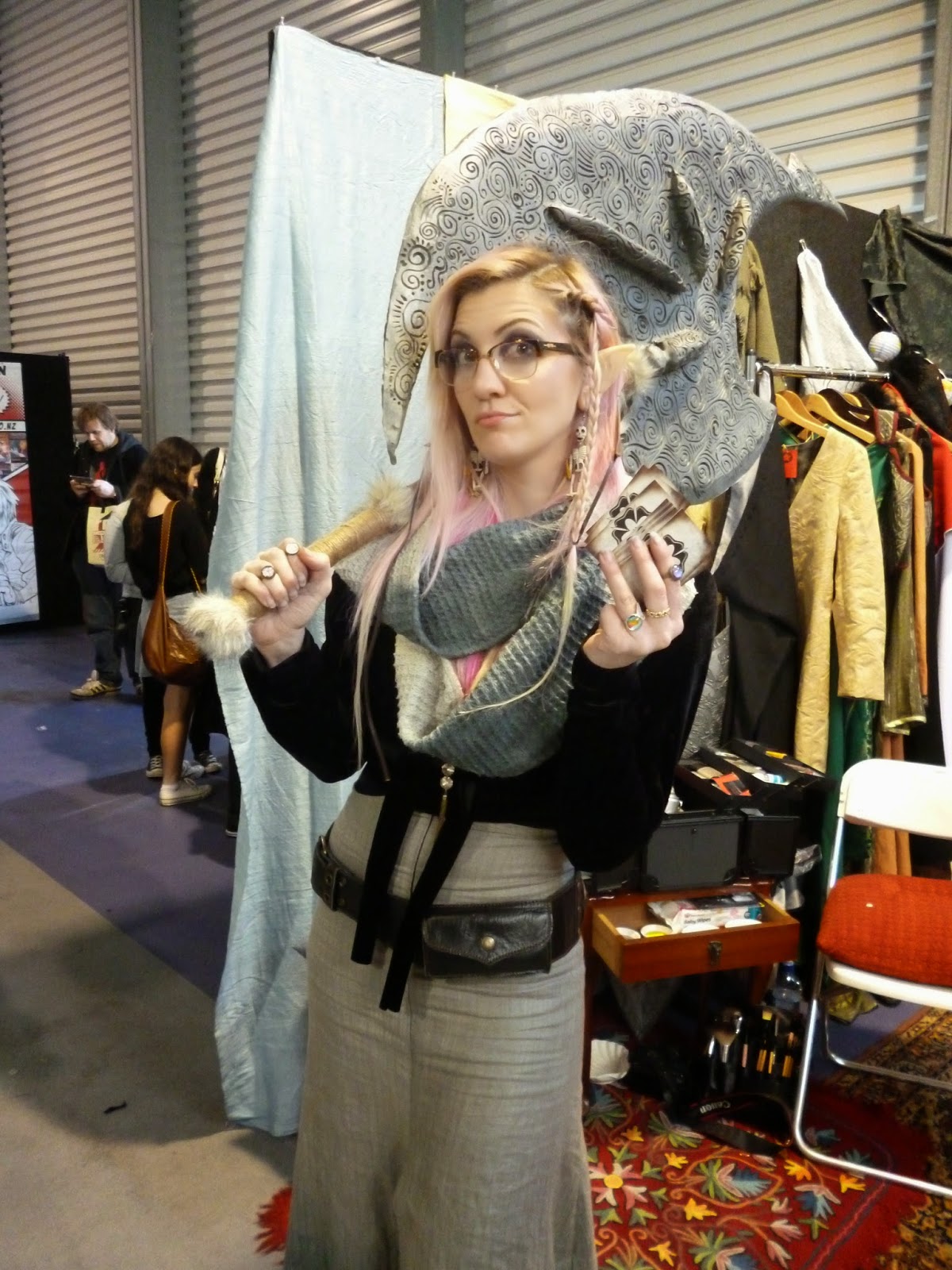 I did check out a few of the other stalls - but not too much grabbed me. But how cute is this wee guy? 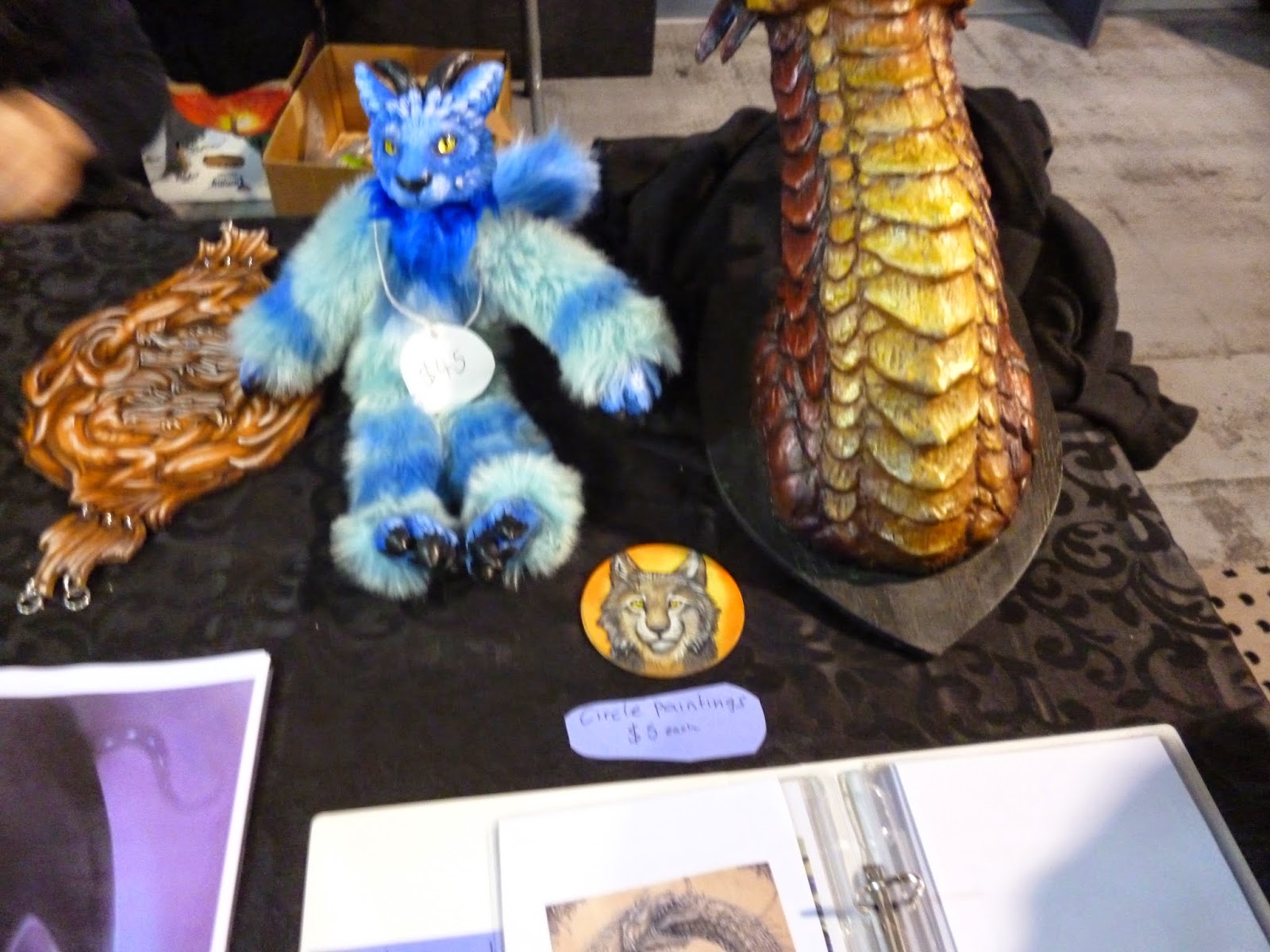 Finally  a quick BFF shot of Ria and I - unfortunately I didn't make it to the end of the day, as I wasn't feeling great and it all became a wee bit too much. Bummer. 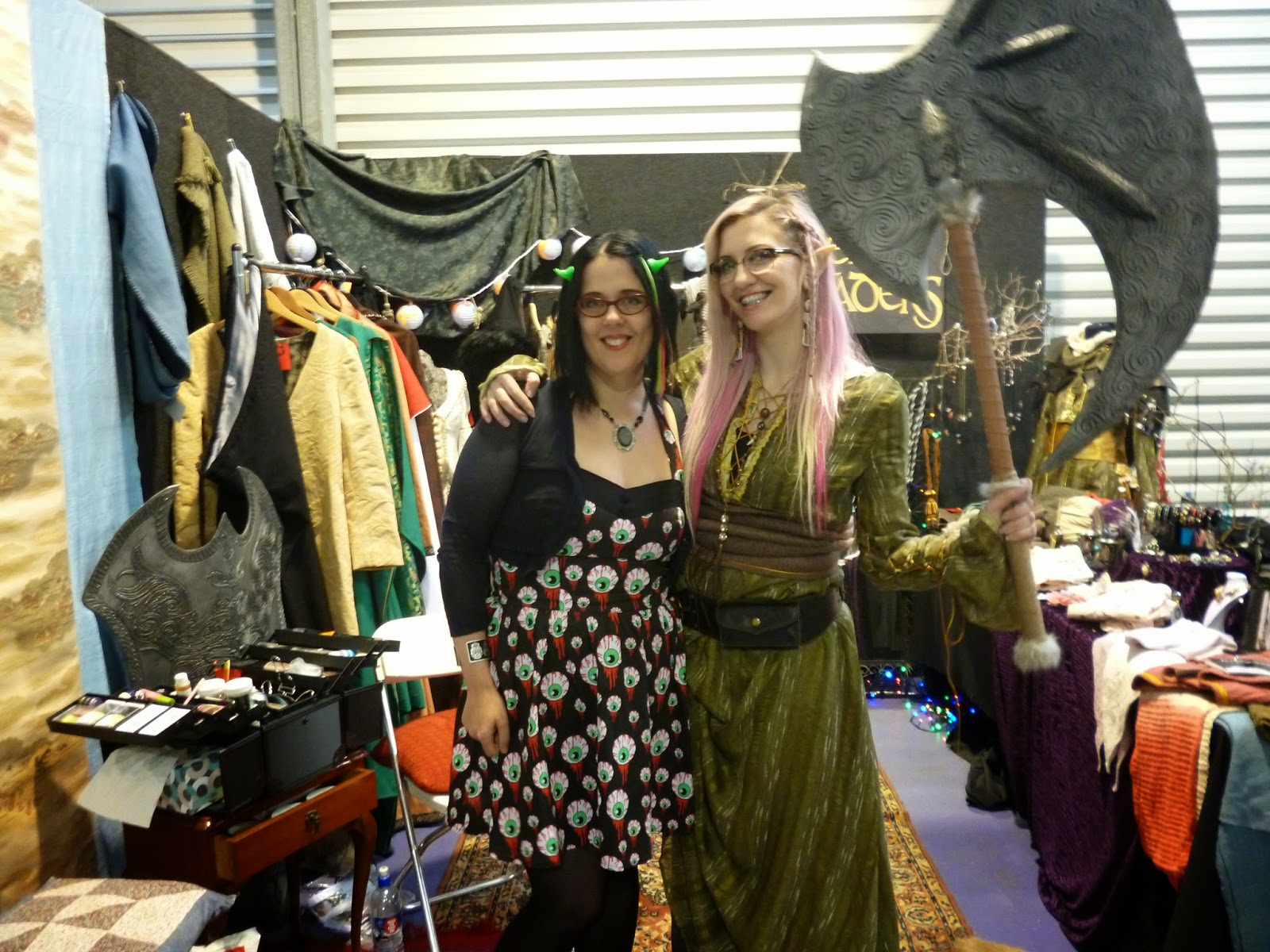 So thoughts on Armageddon 2014 - well to be honest, I didn't have as much fun as previous years, but honesty I was feeling SICK and I think that's why. But it was also a LOT busier than previous years and there seemed to be a lot more bought costumes and a lot less DIY costumes and the DIY costumes are always my favourite part of Armageddon! Will I go next year? More than likely yes and I will hopefully be able to set aside some time to make a costume. My Hell Bunny dress is fun - but its no where near as fun as a real costume (lets fact it - I could wear this dress to work - by Wellington standards its not anything too unusual).

Also if I could NOT be sick next year - that would be awesome, actually if I could stop feeling sick right now that would kind of be awesome.
Posted by Trees at 10:36 am

Oh bummer that sucks that you were feeling so crappy for the Armageddon event. I hope things are improving as the week goes on? I'm a wee bit worried as it's my 40th doo in 2 weeks time, & I've been so darn unwell this past fortnight with no relief in sight. I'm so hoping I won't have to cancel my own party. Extra infections on top of chronic infections = no fun! Take care. Xx

That sucks that you felt like shit, I'm so sorry to hear that. You look adorable in your eye ball dress and green horns. Ria has some beautiful things for sale so great that you went out and showed your support. You are a good friend. I do hope you are feeling better honey!
Lots of hugs and love
xxxxoooooo

Oh I'm so sorry you have been so unwell - let's hope we both get better soon!

Thanks Vix - I was still glad I could go, even though I felt so bad!

Thanks Krista! I could see you loving this event and a Kiss me Kitty stall would have fit right in :)

you were SO sick! at least you looked adorable! happy belated anniversary to you and rich! <3 <3 <3