One of my "things to do in 2014" was to undertake at least six monthly stitch challenges. I'm not sure if I've blogged much about it before, but the monthly stitch is a collective organised by three of my Wellington Sewing Blogger Network friends - Kat, Mel and Juliet. The collective is an ongoing sew-a-long with a new challenge each month and the challenge for March is Miss Bossy Patterns. 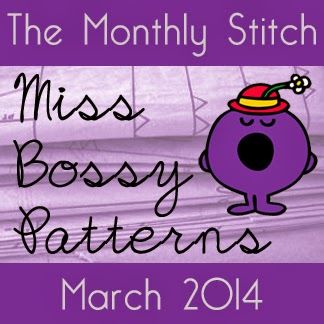 The theme does seem a little confusing to start with - but let me explain more! Miss Bossy Patterns is about making a pattern from your pattern stash which is brand new (to you at least, it can be vintage or second hand) but you have never made. Sounds easy right?

This is where the "Bossy" part comes in - you have to ask your blog readers to chose which pattern to make (by giving them a choice of three patterns). So have a look and let me know which you would like to see me stitch up during the month of March. 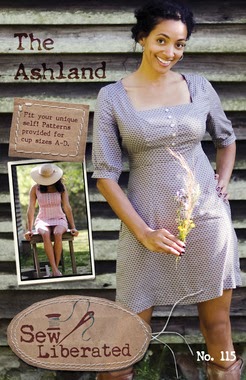 I bought this pattern long ago, before I thought I had the skills to make this dress. It was kind of a pattern to "work towards". I am pretty confident I can now make it, but I just haven't "gotten around to it yet".

I really love this dress - it looks really comfortable and I love the neckline and there are some great versions of this dress around the internet. I love this grey version worn with a shirt underneath (it changes the look of the dress altogether) and these two versions made by Meg McElwee who is the designer of Sew Liberated Patterns. I just think the styling of her patterns is so beautiful. I also would love to make the Brynna Dress, School House Tunic, Sunday Picnic Blouse and strangely enough the Bohemian Carpet Bag (I know - me wanting to make non clothing items!).

So if you'd like to see me sewing up my own version of the Ashland Dress (does anyone else say Aslan in their head? Like as in from Lion, Witch and the Wardrobe? No? Just me?) then just let me know in the comments below! 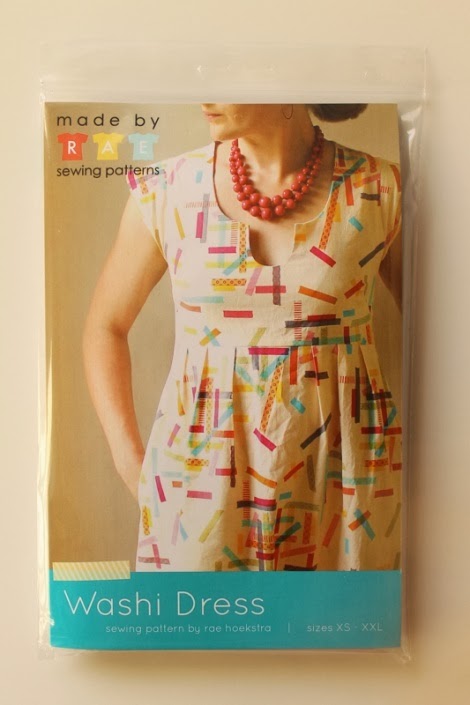 I have seen about a million versions of the washi dress and ALL of them look amazing - look here, here and here for a few versions of the dress. The designer Rae (obviously that's her name, give the name of the pattern company!) has even created a washi expansion pack so you can add a bow, sleeves or peter pan collar to your dress. I know, loads of you are like "but I can make those alterations myself" yeah I could more than likely too if I tried, but I'd just rather have someone else do it for me and spend more time sewing and less time mucking about trying to draft pattern pieces.

I bought this pattern not only because I thought it was adorable, but also because the designer Rae seems like a really nice person (is that a weird reason - I mean if the pattern wasn't my thing I wouldn't buy it, but the fact she is nice makes me want to give her my money more). I've followed her blog Made by Rae FOREVER and I also love her Ruby Dress pattern - but I HATE sticking PDF patterns together, so I will wait until it becomes a printable pattern before buying it (hopefully it does become a printable pattern).

If you'd like to see me sew up my own version of the washi dress pattern, just comment below and let me know. 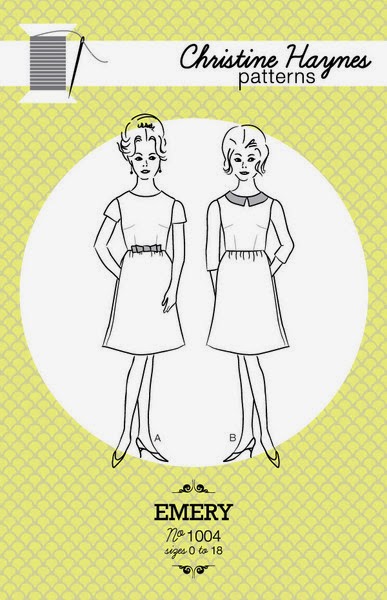 So if you've been following this blog for a while, you will know that Christine Haynes is pretty much my sewing idol when it come to indie patterns. When I was first learning to sew, I learned about a million things from her book Simple and Chic Sewing and I recently made my squirrel print dress from Christine's Derby Dress pattern.

There are so many beautiful versions of the Emery dress out there, for just a few examples look here, here and here. I don't really have much more to say about this one except I love Christine's Patterns and this kind of pattern is basically why I wanted to sew. So why haven't I made it yet? I have no idea! But in my defense I haven't owned this pattern long, I only bought it at the start of this year (when I bought a pattern to buy Rich a shirt). So it hasn't been lying around unused for too long.

If you'd like to see me make up my own version of the Emery - let me know in the comments below.

So that's all about my March sewing challenge, let me know what you want to see - an Ashland, Washi or a Emery. Hope you all had a great weekend (I've been sick ALL weekend - its the WORST - obviously I'm not resentful about it).
Posted by Trees at 3:51 pm

I vote for the Ashland! Mostly because you bought it as an aspirational pattern, and you totally have the skillz to make it now!

I vote for the Ashland. You definitely have the skills to do it and I think it will suit you.

Oooh, so many cute patterns! I reckon you should make the Washi dress first - I wanna see it in real life with that cutout at the neckline. ;-)

These are all great patterns, but as I have seen many versions of the other two, I would most like to see what you made of the Ashland.

I pick washi because I've ALWAYS wanted that pattern! <3

I vote for Emery! Though they would all be cute on you :D

Also I forgot to say (was too excited chanting Washi in my head, haha) that it is not weird wanting to give Rae your money if she is super nice, that's why I give all my money to Katie at Papercut because she is rad, she's my pattern designer crush, it's totally ok ;)

these are all great looking dresses, so to keep things simple, I vote for the pattern you've owned the longest.

These are all awesome choices. Any way you go, you have a winner. I'm voting for the Emory because it's one of those patterns that turn out well for so many people.
Have fun,
Ramona

The Ashland, definitely the cutest!

i love all of these patterns, but my favourite is the ashland! i love the square neckline and elbow sleeves! also, little miss bossy! <3 <3 <3

I vote for washi - I have always been in love with this pattern, but it seem that there is something other to make. :-)
Good luck :-)

The Ashland! The neckline makes the dress.

The Aslan dress, just because it was a dress to aspire to.

I vote for the Ashland! So pretty, I love the bodice!

The Emery would look great in a spring-y print! My vote is for that one.

I'm voting for the Ashland dress too - I've never come across it before and it's really, really sweet!

All three dresses would look great on you but my vote is for the Ashland dress - all the way :-)

Make the Washi. I love the neckline and pockets. It looks comfy, but hopefully not maternity. My second choice would be the Emery. My least favorite is the Ashland. It's too "Little House on the Prairie", if you know what I mean.

I vote for the Emery dress. It's the most versatile.

I vote emery too

Man, I wish I could sew! Gotta learn how to do that one of these days.

I am really feeling the notched neckline on that Washi dress---adorable and just a little unusual.

Three lovely patterns!! It sounds like you really, really, would love to sew the Emery Dress - so I'll add my vote for it to enable you ;) And yes, I call it the Aslan dress too!!! ;)

I vote for the Washi dress. I've not made any of these, but I like that cute neckline.

Ashland, it's just so cute and completely you! :-)

i think all of the patterns look great but my favorite is the last one the emery pattern! the collar on this is sooo cute!
kiss,mary

Oh wow they're all so pretty!
But i like Washi dress most.
Can't wait what the final result will be! Happy sewing :) xx Tani

The Ashland! I really like neckline and how casual the dress seems.

Emery! It's cute, but still adult. It just looks fun to sew and to wear

Ashland! I love the neckline, it's something a bit different, and I think it'd look great on you!

So, I love all of these dresses, more so when I looked at the links you posted, they are all amazing !

I think you should make the Emery if you are going to have that awesome hairstyle to go with it, and of course the bow.

If not then make the Ashland eeee so pretty !!

the Washi dress looks like it'd be cute baby doll type dress , they're all cute & any one of them will be a winner!
Helen

I vote the Ashland (Aslan) dress!

Emery! I want to try that pattern out, too. Super cute!