The weekend before Christmas Rich and I decided to visit the Island Bay Marine Centre - however, when we arrived it had already closed for 2013 and I was so sad. I really wanted to see all the sea creatures! 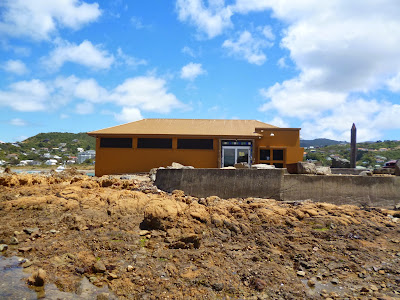 I may be smiling - but I'm dying on the inside, as I just really wanted to see an Octopus. 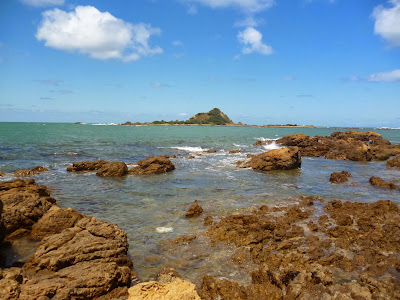 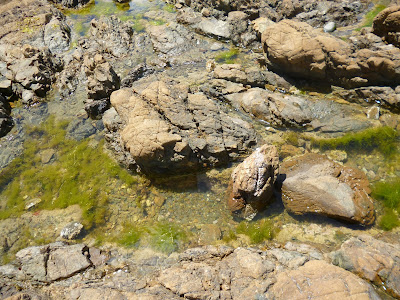 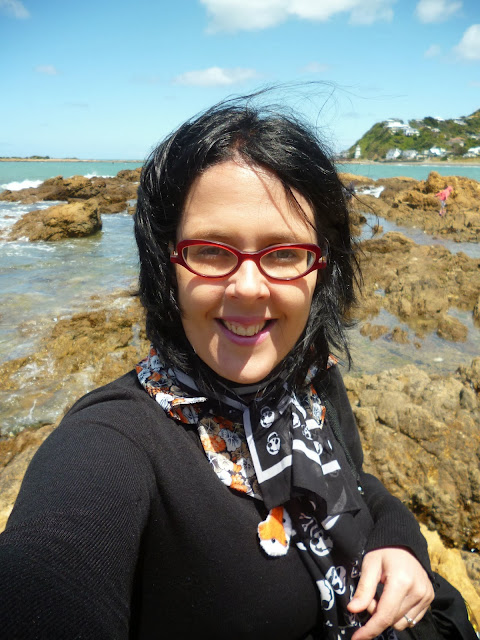 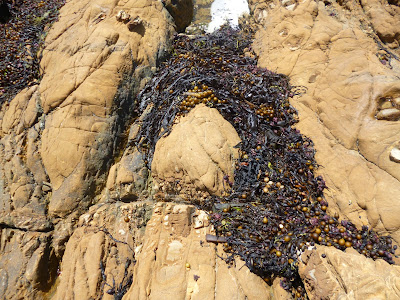 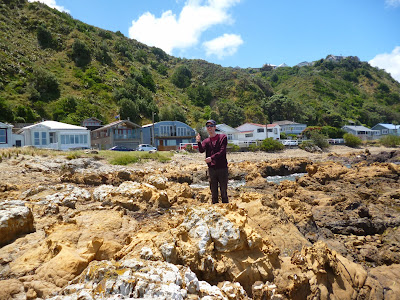 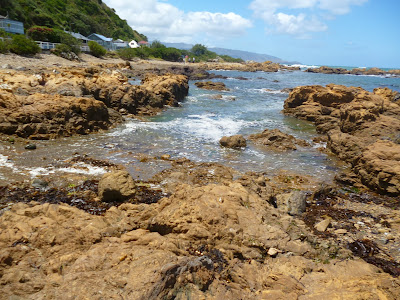 Seen as there were not octopus to be seen, we decided to walk from Island Bay to Lyall Bay seen as we had already taken the bus out there it seemed like a shame to head back home. 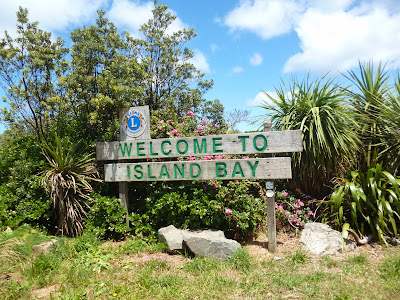 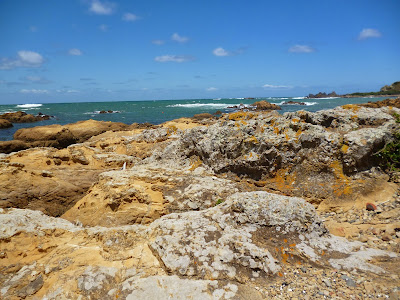 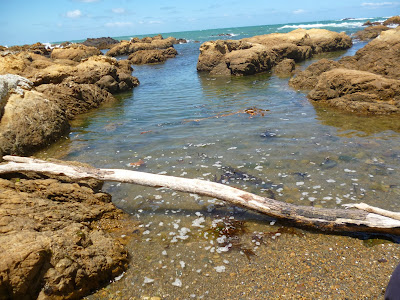 We spotted some jellyfish - not swimming in the water, they had washed up on shore. 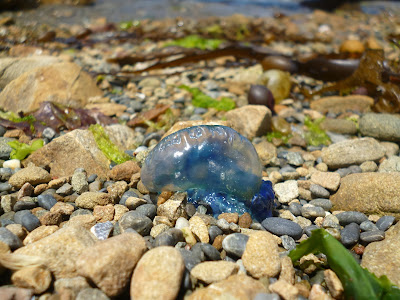 We saw this carefully balanced stick on the beach - its amazing it stayed up there, even with the wind. 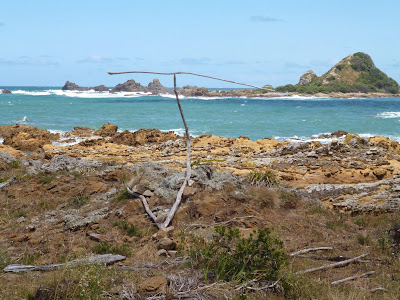 We also saw this on the beach - some kind of witchcraft? I have most likely watched too many horror movies I think. 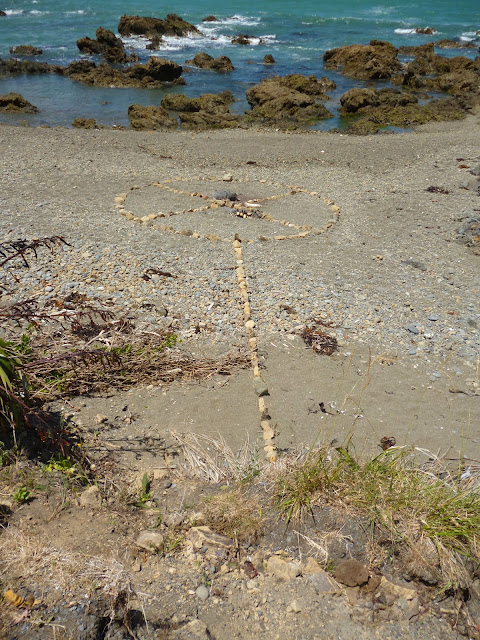 The ocean was pretty rough this day - although we did see a few brave souls out swimming and snorkeling. 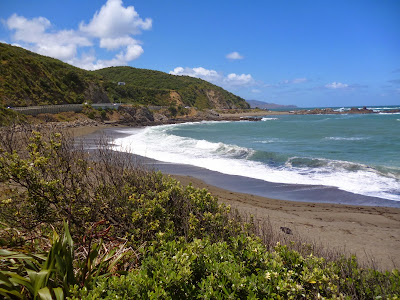 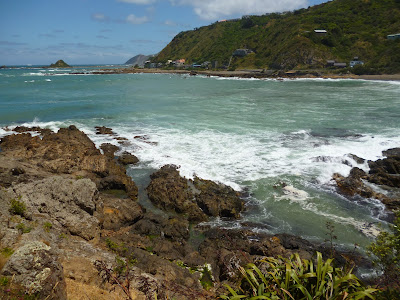 Before long we were in Lyall Bay hanging out with this guy... 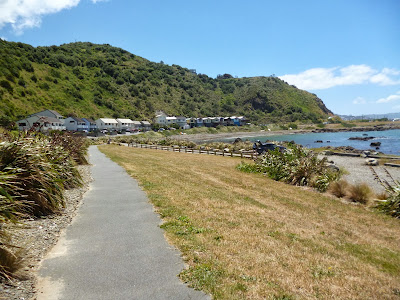 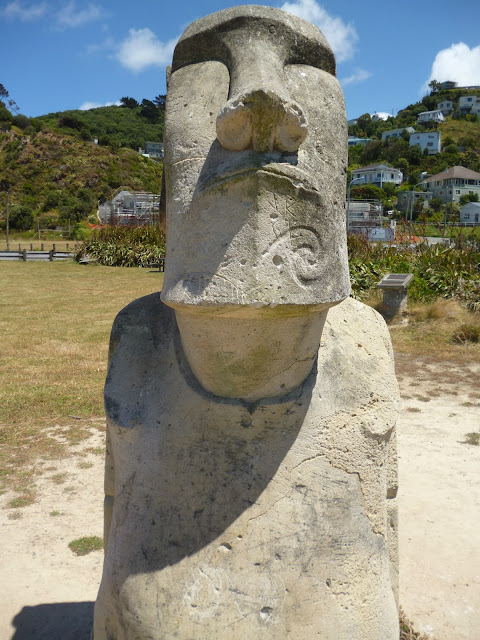 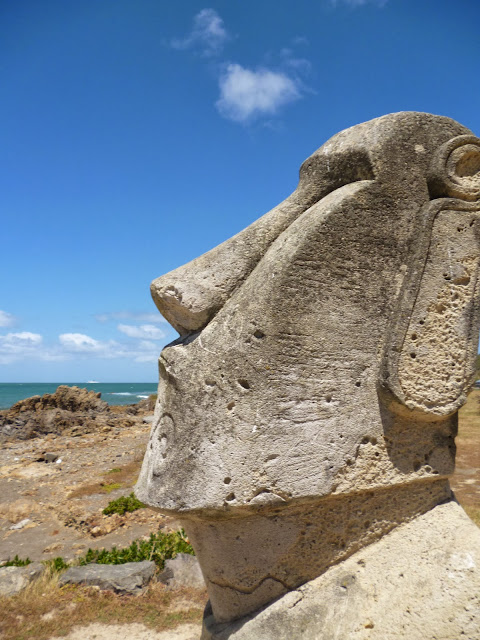 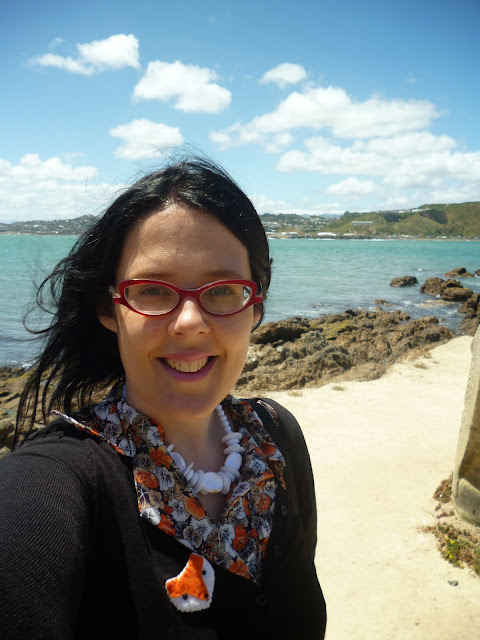 ....and we also took the chance to check out some of the kite surfers on the beach. 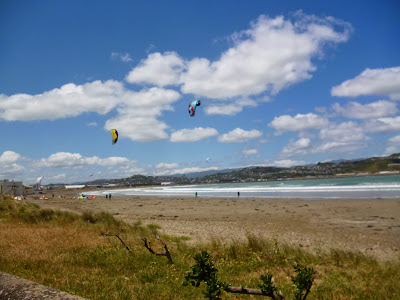 Hope you guys all had a great Christmas, we are back in Wellington at the moment, but in a few days will head off again to Martinborough for New Years. See you soon xoxo
Posted by Trees at 2:59 pm

It's such a shame the aquarium was shut, and you didn't get to see an octopus. Have you never seen one before? I went to one aquarium that had a huge one; it must've been at least six feet long. I got the sense it was plotting something evil as it wouldn't stop staring at me! It creeped me out! I wouldn't trust them! LOL.

At least you were able to go for a walk along such beautiful scenery so your trip wasn't totally wasted. You have me craving sunshine, blue skies, and summer! It looks gorgeous. I love all the random things you can find walking along the beach. Jellyfish are so odd, aren't they?! We get similar looking ones along our coastlines. I got stung once, but it was only like an ant bite. And I love that you came across an Easter Island head! I hope you have a fantastic new year! Enjoy your time away! xx

even if the centre was closed the photos you took are amazing. i really like winter and cold but always when i see your photos in winter here i wish we would have summer too.

um, there's totally wichcraft a brewin' on that beach! hail to the guardians of the watchtowers of the north, etc. plus that jelly fish is clearly ceremonial. <3