As expected - I woke up pretty early - but I actually managed to get back to sleep and woke up at the more respectable hour of 7:00pm.
After getting ready, Alaina, Boggy and I headed out to Brunswick and had some yummy breakfat - it was so nice sitting out in the sunshine enjoying a nice meal of a beautiful day.
Boggy left after brunch and Alaina and I decided to head to the shop. Shopping in Brunswick is so cool - just like a much bigger Cuba Street. There's heaps of shops selling quite quirky designs and also quite a lot of shops selling things made by local Melbourne designers, which is always good.
So for there next few hours we shopped and shopped and shopped. It was so cool to hang out with Alaina and I really loved Brunswick as it had a really cool vibe and heaps of cool street art! It's fantastic! 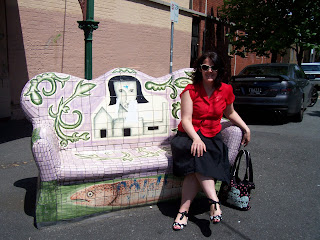 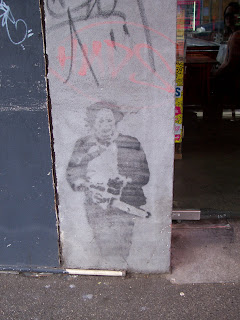 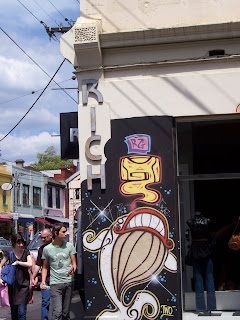 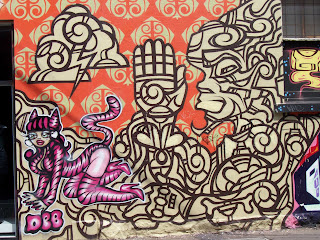 Whislt shopping, a lady in one of the shops told us about a little market on a side street so we went down and checked it out. It was an incredibly cool market, Like Kraftwerk or Craft 2.0 in Wellington. I bought a few really cute a quirky things and talked to a few crafty people which was awesome - felt like being at home:)
After a rather LONG spot of shopping, Boggy picked us up and we all decided to hang out in the Botanical gardens for a while and just chill out with a cold drink as the day ended up being pretty warm. 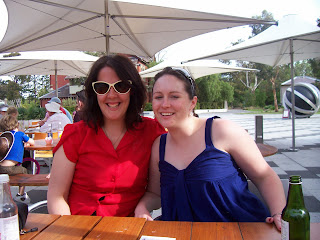 We also checked out the Melbourne war memorial which was pretty amazing - there were some great views from the top. 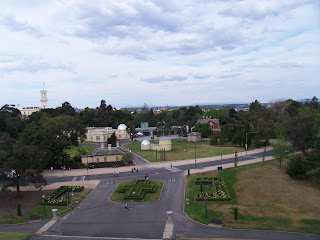 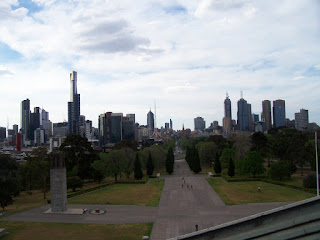 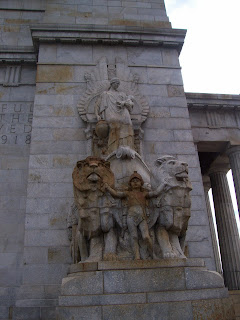 I had decided early on in the day that I wanted to go to the Melbourne Sky Wheel, and Alaina finally gave into my whim and said she's come with me - so Boggy dropped us off at the Sky Wheel. The Sky Wheel is of course a big Ferris Wheel. It was pretty cool and had fanastic views of the city. 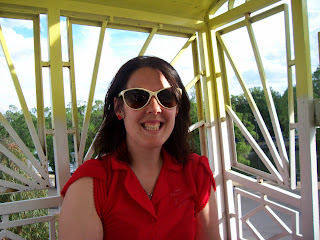 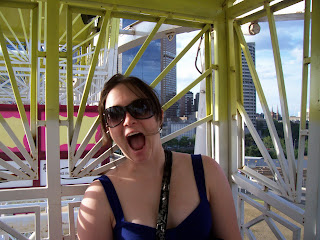 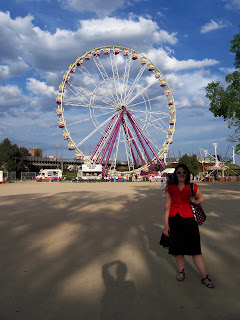 After our "adventure" on the Sky Wheel Alaina and I headed up to the arts centre to see if there were any interesting shows we could go to that evening and ended up getting tickets for a dance group - but the very cool thing was that for that performance only Sigueour Ros were performing the music! Which was pretty exciting:) It was an contemporary dance company which was cool as I'd never seen anything quite like it before. The dancers were amazing - so strong and also very graceful, but the costumes in the second part were SO ugly.
After the performance we went to search out somewhere for a (late) dinner. I wanted to eat at a Greek place, as we don't have a lot of Greek places in Wellington. When we arrived at the Greek place Alaina wanted to take me too the waiter was SO rude and smarmy we decided to try somewhere else instead. We ended up at a place called "World" and they had Mezze platters so I was very happy!
Posted by Trees at 9:51 am