Being a tourist in your own city

If you've been reading this blog for a while you probably know that I love traveling, but I also try and treat as many of my weekends as possible as if I was a tourist in Wellington  (even thought I've lived here for over ten years).

You know what's more fun than pretending to be a tourist in your own town? Have friends visit from overseas and acting like a tour guide, it helps you see the place you live in a whole new light. 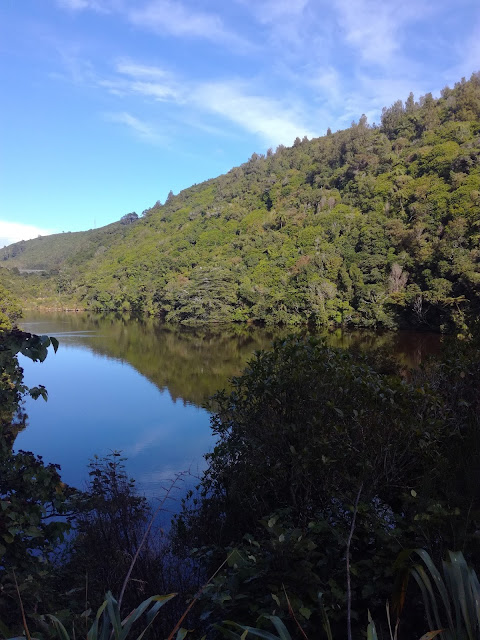 A few weeks ago my long time friend Vany (AKA Craft Ninja) and her husband Thorsten came to visit New Zealand and stayed in Wellington for four days and I took some time of work to show them around.

One of the first places on their list to visit was Zealandia, which is a wildlife reserve in Karori, I haven't visited here for years! In fact I've only been here once since we returned from living in Asia. 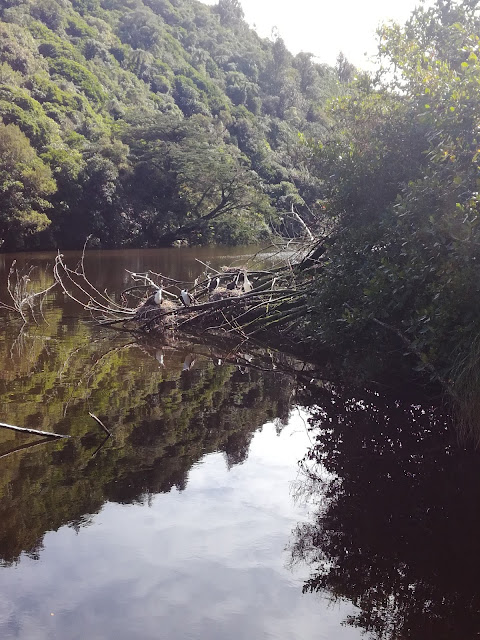 Zealandia is home to a huge number of native birds (and one of the reasons we have so many native birds in Wellington city) and we got to see quite a few up close. We arrived at Kaka feeding time and it was awesome to see so many of them up close. 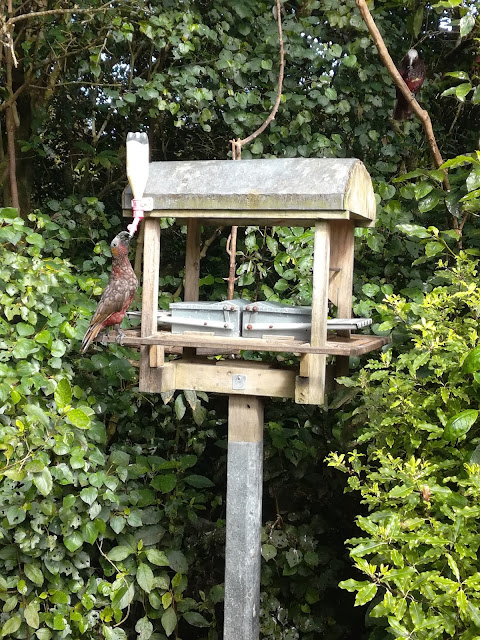 We also got to see the Takahe up close, which was awesome as they are pretty rare and I'd only even seen them in photos. I know I will never be a wildlife photographer, but trust me, it was awesome to see these guys in real life. 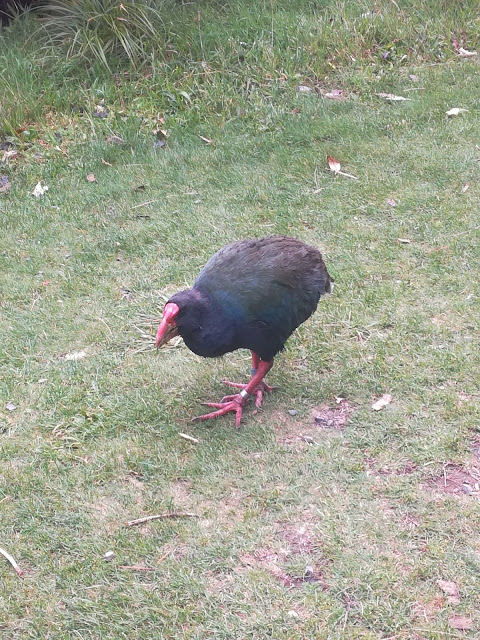 I really want to make more effort to go out to Zealandia now I've gone back, it's such a great place to visit for the views along as well as all the creatures you can see. 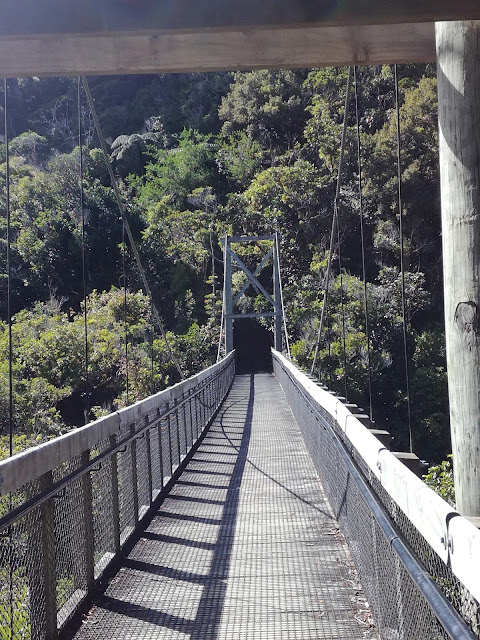 Another place Vany and Thorsten wanted to visit that I hadn't been to for years was the Weta Cave in Miramar. I'm sure that even if you've never heard of Weta, you have watched movies they have made like Lord of the Rings and Avatar and about a million other movies, including Ghost in the Shell. 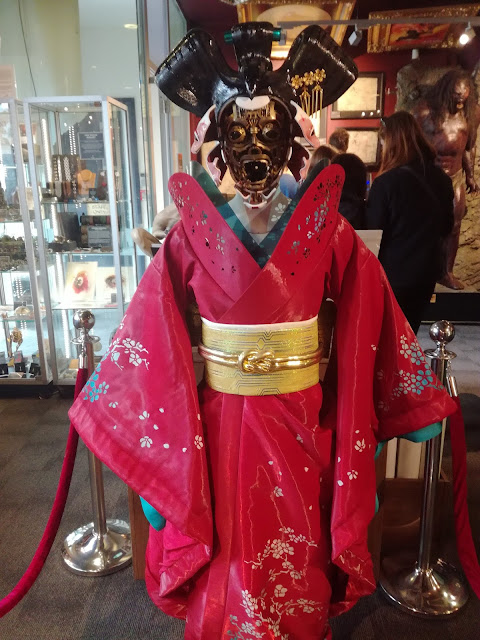 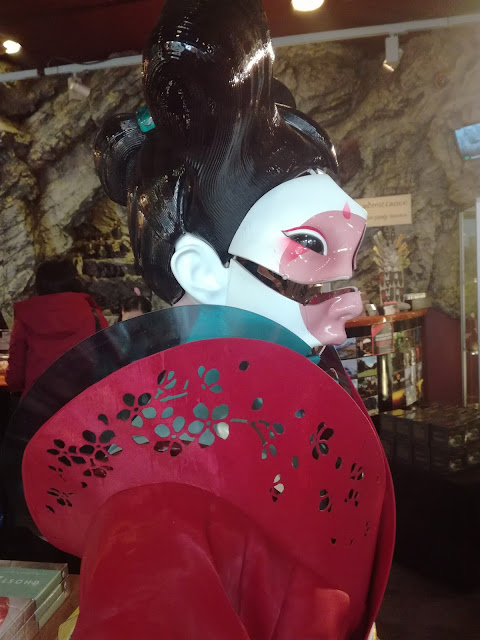 We did a tour of Weta workshops which was awesome and a lot more hands on than I expected, we got to hold chain mail and one of the "guns" from District 9 and all kinds of things - unfortunately photo's weren't allowed due to copyright issues, so I can't share any with you all.

But photo's were allowed in the Weta Cave, which is largely a store, but it did include a mini museum. 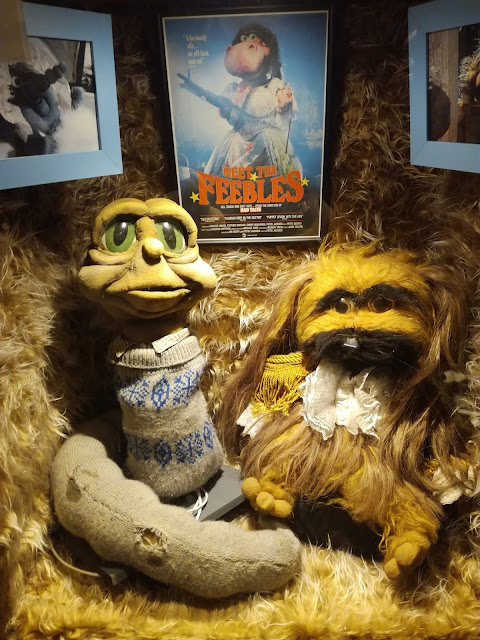 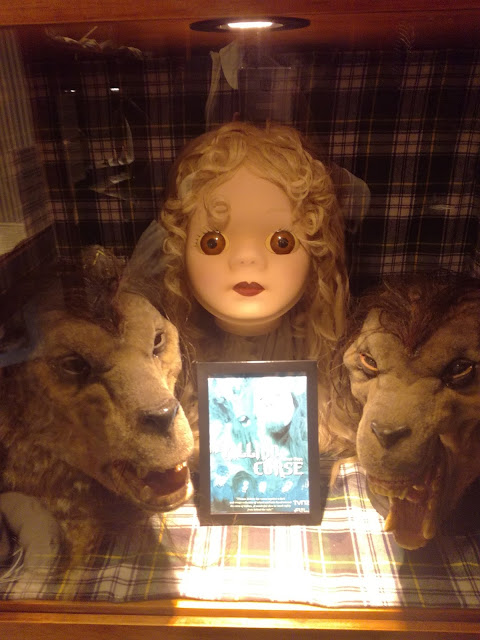 There were also a few creatures  hanging around the Weta Cave that were familiar to most people...like this guy. 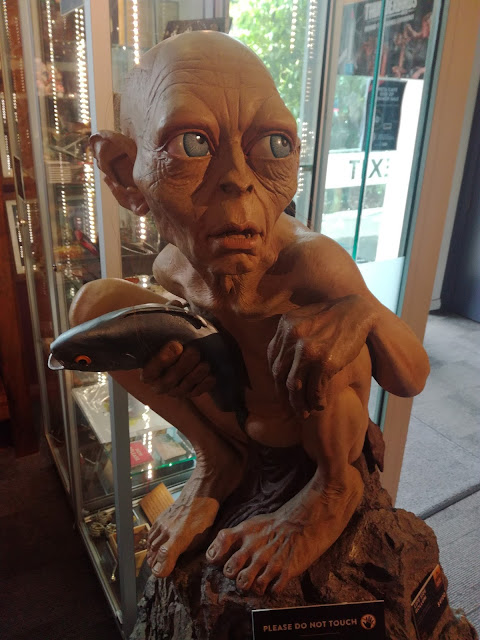 My favourite thing about the Weta Cave was the giant trolls/orcs that are outside of the building - these things are huge! 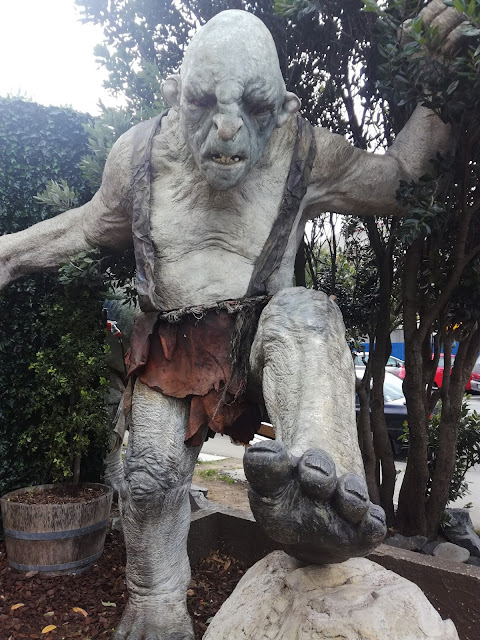 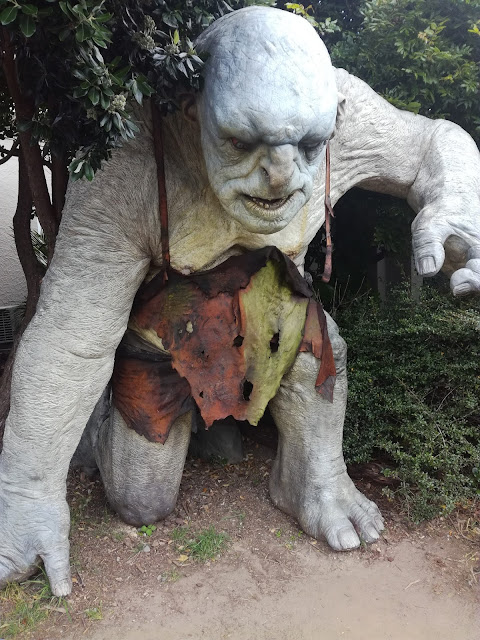 We also got to go to Cuba Dupa (the Cuba Street Carnival) together, Rich and I  go to this each year, but it's always more fun to go with friends! 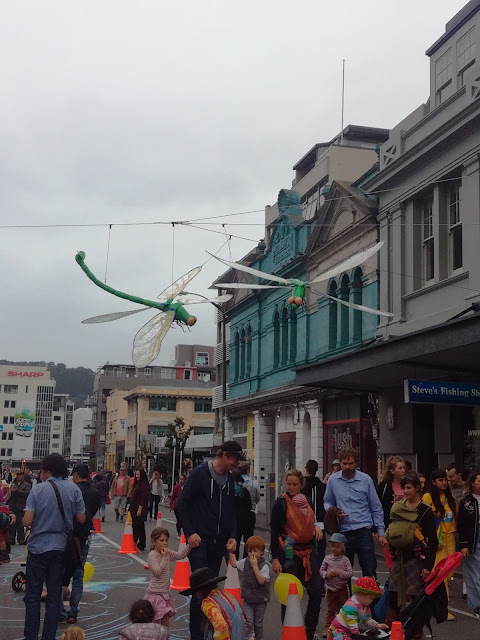 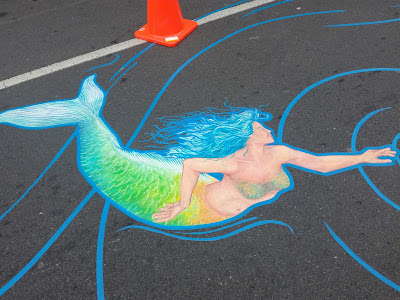 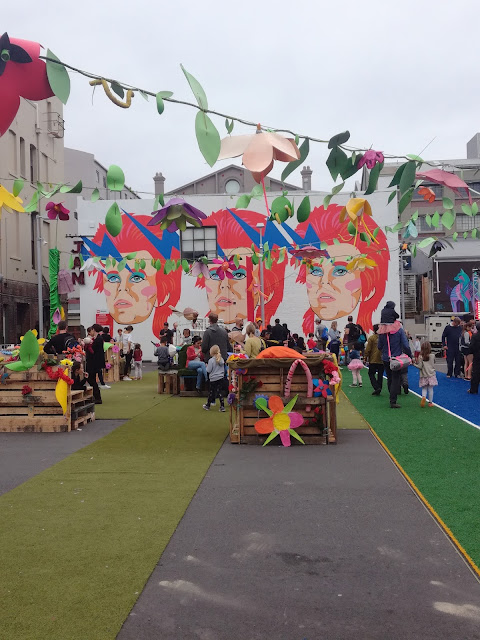 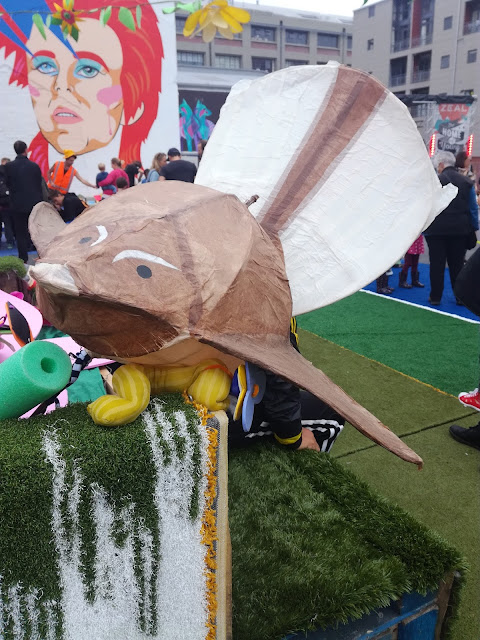 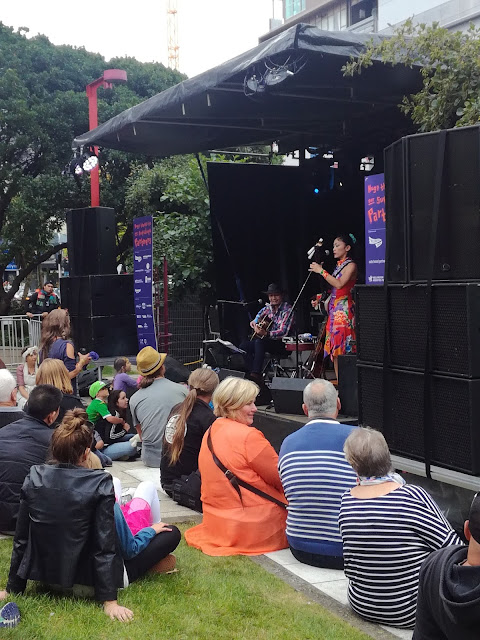 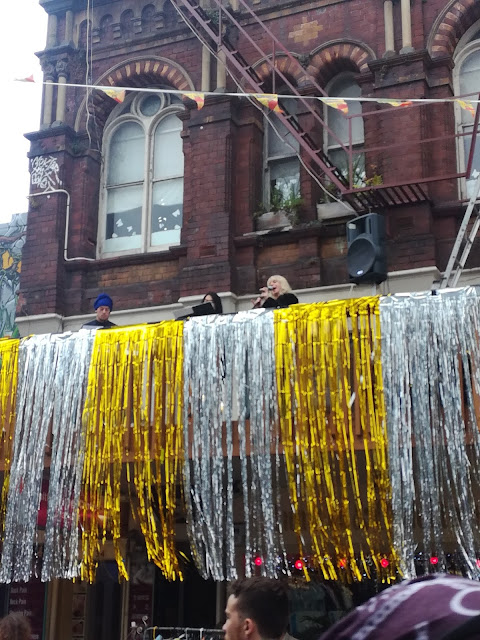 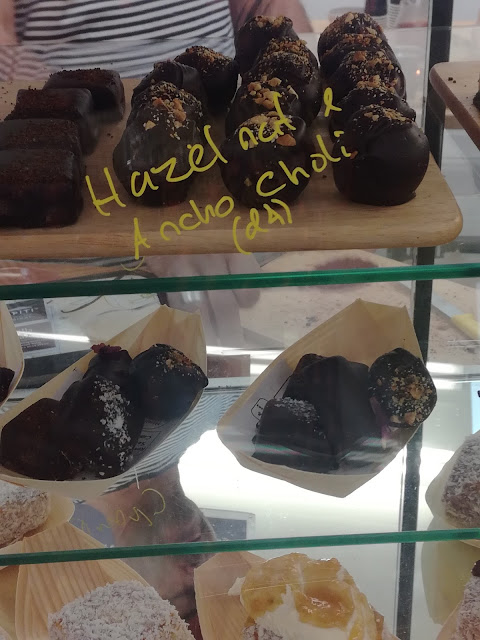 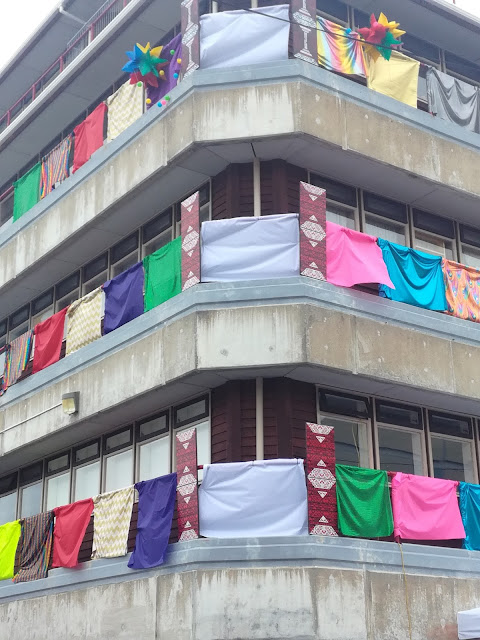 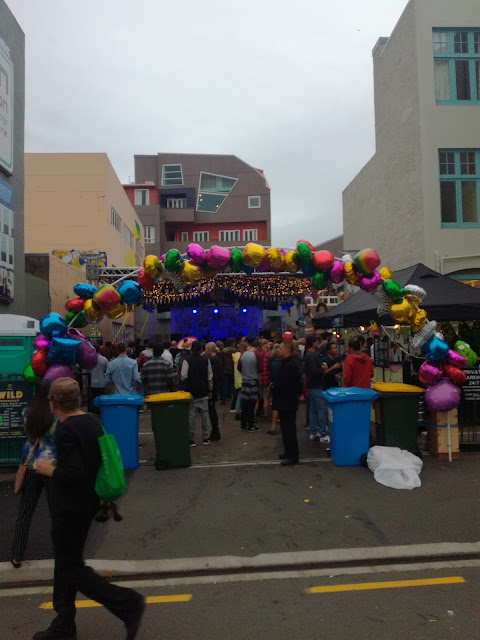 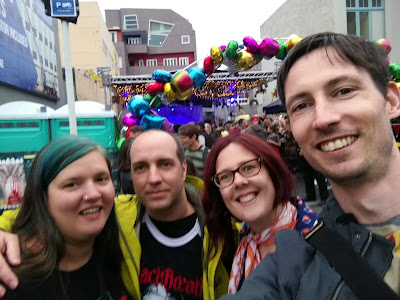 I also took the opportunity to introduce Vany to a bunch of my favorite crafty people! 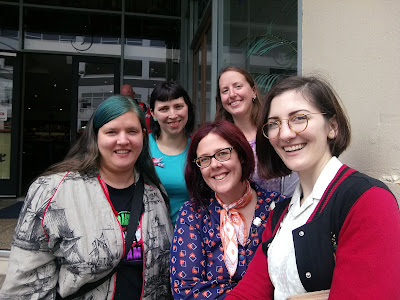 This is just a small snippet of what we got up too during Vany and Thorsten's visit - who whats to visit next?
Posted by Trees at 11:25 am

You always find the coolest places to visit! I swear you must be the best tour guide in NZ to explore with! Zealandia looks stunning. We actually have some takahes in our local zoo, and they're pretty darn cute. I think I took some photos of them at some point. I'd love to see NZ wildlife in the wild one day, though- your wildlife is so much cooler than ours! xx

It's so true that having people visit your city makes you see it with fresh eyes, and appreciate all there is on offer. Looks as though you all had a great time! x